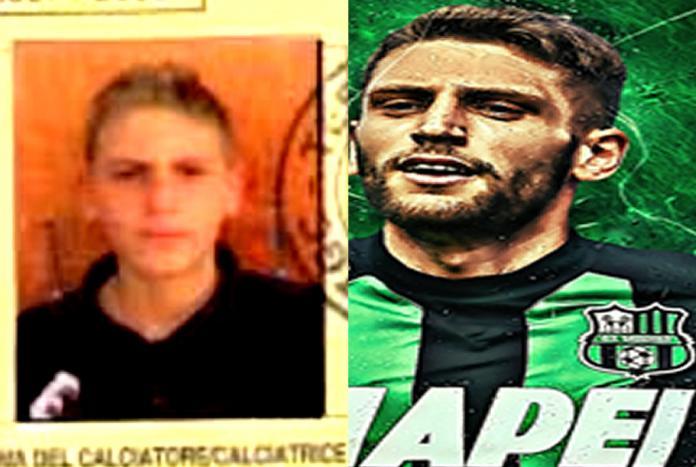 In a nutshell, we give you the history of a Football Genius best known by the nickname “Mimmo” Our story begins from his early days, to when he became famous.

To give you a taste of the engaging nature of Domenico Berardi’s Bio, here is a pictorial summary of his life.

Yes, everyone knows of his versatility and eye for goal. However, only a few consider Domenico Berardi’s Biography, which is quite interesting. Now, without further ado, let’s begin.

For Biography starters, Domenico Berardi was born on the 1st day of August 1994 at Cariati, a town in the province of Cosenza in the Calabria region of southern Italy. He is the youngest of three children born to his mother, Maria, and to his father, Luigi.

The Italian national of white ethnicity with little known roots was raised at Bocchigliero town of Cosenza province in Italy where he grew up alongside his older brother, Francesco and sister, Severina.

Growing up in the town, Berardi was not short of excuses that would afford him the opportunity to play football with his friends on virtually every day of the week.

He sometimes pretended to have a stomach ache in order to evade school and enjoy playing the sport.

Thanks to being born into a football-loving family, Young Berardi was enrolled in Castello football school at Mirto  – a hamlet of Crosia, also at the Province of Cosenza, Italy – where he took his first steps in competitive football.

While training at the School, Berardi learned and exhibited skill set that foreshadowed his excellent goal scoring form to come.

As a result, his coach often tasked members of the team on passing the ball to him for sure goals.

By the time Berardi was aged 13 in 2008, he bode goodbye to his companions at Mirto in order to get enrolled in the football academy of Cosenza where would spend the shortest period of his youth career (2008–2010).

On an eventful week, Berardi visited the university campus of his older brother Francesco at Bodena.

While on campus grounds, he got engaged in a Five-a-side game with his brother and other members of the university community. Unknowing to Berardi, there were scouts from Sassuolo at the games who took note of his raw talent.

Thus, a 16-year-old Berardi was brought to Sassuolo, where he rose through the ranks. Berardi made his debut for the club’s first team on the 27th of August 2012 during a Serie B against Cesena and went on to help his side earn promotion to Serie A.

Although Berardi’s rise through the ranks might strike many as swift, it wasn’t without hardthought decisions.

The fast-rising footballer had many teams in Europe seeking his signature. However, he considered himself immature and chose to complete the maturation process at Sassuolo.

In subsequent years (2013 – 2015) Domenico proved to be one of Italy’s most promising young footballers and won a number of individual awards, including the 2015 Bravo awards for the most outstanding young European footballer.

Fast forward to the time of writing, Berardi is Sassuolo’s all-time top-scorer and a well-sought-after player that has drawn interest from Roma, Tottenham and Liverpool.

He, alongside Manuel Locatelli and Gianluca Scamacca, has been instrumental in Sassuolo’s rise in recent years. The rest, as they say, is history.

Moving on to matters regarding Domenico Berardi’s love life, how many names can one find in his dating history book, and what’s his current relationship status is at the time of writing this bio?

To begin with, Berardi is not known to have dated any woman before he met his girlfriend turned fiance (wife in the making)- Francesca Fantuzzi.

Francesca first saw Berardi during a youth match and thereafter contacted him via Facebook. They have not been separated ever since and might welcome son(s) or daughter(s) anytime soon. 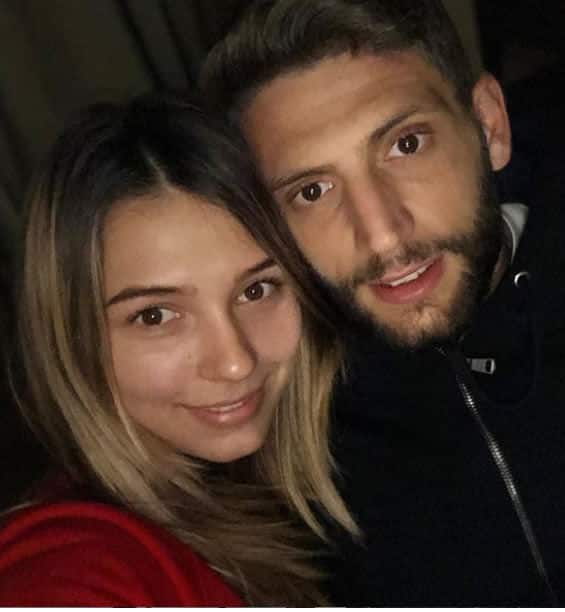 Luigi is Berardi’s dad. Luigi has been a passionate fan of Inter Milan before Berardi was born. However, he has a soft spot for Sassuolo, which his son plays for. The supportive dad of three helped sustain Berardi’s passion for football and continues to support him to date.

Maria is Berardi’s mom. She is a housewife who helped raise Berardi and his siblings. The supportive mother of three also has interest in football. In fact, she is a supporter of Juventus FC and of course, her youngest child club – Sassuolo.

Berardi has two older siblings. They include his brother Francesco and sister Severina. Although not much is known about the siblings, they are not career sports individuals like Berardi. However, both love football and follow the game with passion.

Away from Berardi’s immediate family, not much is known about his maternal and paternal grandparents, while his uncles, aunts, cousins, nephews and nieces are yet to be identified.

Speaking of Berardi’s personality, he has an amazing persona that reflects the lively nature of individuals guided by Leo Zodiac Sign. In addition, He is balanced, intuitive and genuinely down to earth.

The playmaker, who moderately reveals information about his personal and private life, has interests and hobbies that include F1 racing, travelling, swimming, playing video games, listening to music and spending quality time with family and friends.

Regarding how Berardi makes and spends money, his net worth is still under review at the time of writing while his market value stands at €20 million. Constituents of Berardi’s little known wealth proceed from his Salary and endorsement deals.

Although the playmaker is not quick to flaunt his wealth by showing off his luxury cars and houses, he is big on making expensive trips to resorts where he spends money and quality time with his friends. 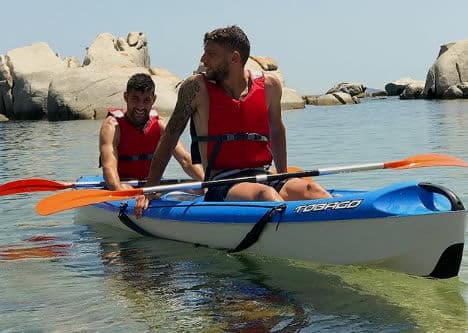 Berardi’s childhood story and biography best wrap up with the following lesser or little known fact about him.

Berardi is not big on religion while there are virtually no indicators pointing to his beliefs at the time of writing. Thus it cannot be conclusively stated whether he is a believer or not.

Berardi considers body arts as a necessary addition to his handsome figure. Thus, he has one big tattoo on his left arm. The tattoo displays Berardi’s shirt number 25 on a star with roses. Underneath the tattoo is an anchor-like tool with ropes.

Smoking and Drinking: Domenico Berardi is not known to smoke at the time of writing. Reasons for such lifestyle borders on the fact that the football genius has not lost sight of the benefits accrued from living a healthy lifestyle.

Thanks for reading our version of Domenico Berardi’s Biography and Childhood Story.

At LifeBogger, we strive for accuracy and fairness in our quest to deliver you the Biography of Italian Professional Footballers. Surely, the Biography Story of Nicolo Barella, Leonardo Spinazzola, and Andrea Belotti would interest you.

If you find something that doesn’t look right in Domenico Berardi’s Bio, please share it with us by commenting below. We’ll always value and respect your great ideas.