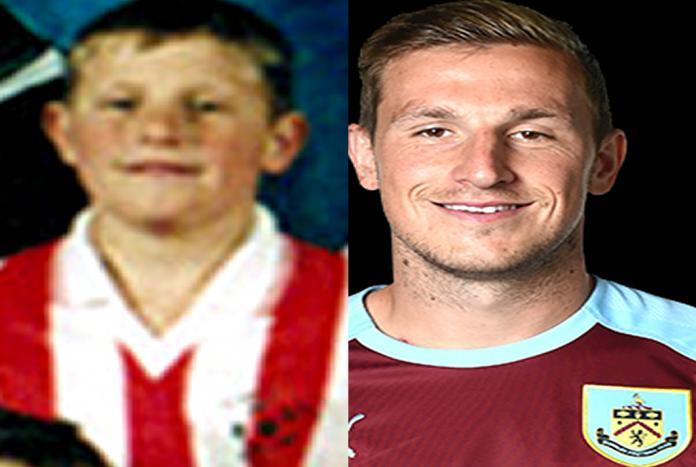 Our Biography of Chris Wood tells you Facts about his Childhood Story, Early Life, Parents, Family, Girlfriend/wife to be, Lifestyle, Net Worth and Personal Life.

In a nutshell, we give you the history of a Football Genius best known by the nickname “Woody“.

Lifebogger begins from his early days in New Zealand. We then proceed to tell you the events that got him famous.

To give you a taste of the engaging nature of Chris Wood’s Bio, here is a pictorial summary of his life.

Yes, everyone knows he is an exciting striker with an eye for scoring goals. However, only a few consider Chris Wood’s Biography, which is quite interesting. Now, without further ado, let’s begin.

Starting off, his full names are Christopher Grant Wood. Chris Wood was born on the 7th day of December 1991 to his mother Julie Wood and father, Grant Wood in Auckland, a city on the North Island of New Zealand.

Chris Wood was born as the second child and first son to his Mum pictured below. 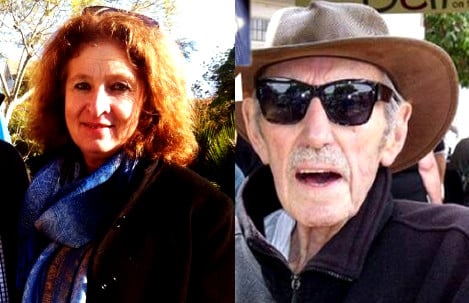 The Football genius was born in a Christian home with military roots and a middle-class family background status. Chris Wood’s granddad, pictured above, was a retired military officer before his death.

He grew up alongside his older sister Chelsey Wood, who, just like him, also becomes an accomplished footballer.

Both brother and big sister, while at home, would always play against each other.

Chris was encouraged by his parents to join his sister at Onehunga Sports, where he learned to enjoy team sport.

Keen to learn more, both Chris and his sister moved on to receive football education at Wynrs, the Auckland–based academy established by former All White Wynton Rufer.

It was at Wyners Chris Wood developed his technique and was ready to attend football trials.

By the age of 11, the Wood family left the New Zealand city of Auckland and moved to the Waikato rural town of Cambridge situated 24 kilometres southeast of Hamilton.

The town his family moved to “Cambridge” is known as “The Town of Trees & Champions“. While there, Chris and his sister attended St Paul’s Collegiate School.

Chris became very enthusiastic to continue his career from where he left it.

His passion for football saw him passing trials and registering to play junior football with the local club- Cambridge FC. Below is a photo of little Chris and his teammates.

According to the Cambridge FC website, When Chris Wood was 14, he was already a big unit- meaning he was hefty and strong. At that age, the youngster was ready to play senior football.

Back then, Cambridge FC member Ken Hobern, a friend of the Wood family was delighted to know the youngster would be having his first senior team appearance.

Did you know?… Ken promised Chris Wood $100 if he could score a goal not knowing the goal was just minutes away from his pledge.

Chris entered the game as a substitute and his goal celebration after scoring on his debut included a joyous rubbing together of his fingertips. This achievement delighted the fans and his entire family members.

After a spell at local rivals Hamilton Wanderers the following season, Chris Wood attracted the attention of ASB Premiership club Waikato FC who acquired him in 2007.

Even as he joined the club, Wood got monitored by a number of notable clubs in Europe who begged for his signature. Just after playing 5 games with the club, Chris Wood got snatched by the English club, West Brom.

Wood was recommended to West Bromwich Albion’s Academy by coach Roger Wilkinson, who set up a trial for him which he passed in flying colours.

While at the academy, Chris Wood found a rich vein of goalscoring form for West Brom’s youth academy side, a feat that forced his coach to place him on his senior team wish list.

In April 2009 injuries to several West Brom players saw Wood being handed a surprise call up to the West Brom first-team. He came off the bench to become the fifth New Zealander to play in the Premier League.

While in England, he humbly served his apprenticeship by going on loan moves, getting stronger by seasons, and absorbing as much as he possibly could from each coach.

Fast forward to the time of writing, Wood is currently recognized as a veteran striker for the English club football, having registered more than 100 goals in all clubs he’d played for.

The 6 ft 3 striker who is the vice-captain of Burnley FC at the time of writing currently enjoys a formidable partnership with the club’s spiritual leader Ashley Barnes and also with Dwight McNeil.

With his rise to fame, it is certain that most Burnley and Newzealand football fans must have pondered on whom Chris Wood Girlfriend or Wife might be.

Truth be told! There is no denying the fact that his cute looks wouldn’t make him a darling to some of his female fans.

However, behind the successful Newzealander, there exists a glamorous girlfriend in the beautiful person of Kirsty Linnett.

The beautiful girlfriend of Chris Wood is pictured below with her man in a coffee shop in Alderley Edge, Cheshire. Both lovers began dating on the 14th day of July 2015.

Did you know?… The beautiful girlfriend of Chris Wood is also a professional footballer.

As at the time of writing, she plays for Liverpool and the England under-23 international team. Below is a photo of Kirsty Linnett in action with her club Liverpool, as she takes on an opponent.

Both Boyfriend and girlfriend are proud of each other’s career paths. According to Kirsty… ‘It will be great to look back when we are older and say that we both got to live our dreams,’

What is Like for both couples, dating as professional Footballers: For both Linnett and Wood, “Football always comes first“.

She admits that as a couple, they are sometimes harsh on each other’s performance after their games.

Both Linnett and Chris never argue over the remote control as football is always on standby with their television at home.

It still surprising to some fans that both Wood and Linnett are yet to be married at the time of writing.

However, judging by the way both enjoy their lives, it is certain that their wedding could be the next formal step.

Getting to know Chris Wood Personal Life facts would help you get a better picture of his personality off the pitch of play.

Asides from football, Wood also follows other sports such as; horse racing, rugby union, cricket, baseball and Netball. He loves to participate in shooting and mixed doubles tennis.

In addition to Chris Wood’s personal life, he is someone who is sociable, communicative, and always ready for fun. There is little tendency to suddenly get serious, thoughtful, and restless as they are so many things to do.

Chris Wood who appears to be one the breadwinners of his family is glad to have forged his family’s own path toward financial independence thanks to football. Now, here’re some extra info about his family members.

Grant Wood, whom very little is known about is the father of Chris. He is appreciated for encouraging his son and daughter to participate together in Onehunga, which happens to be their first club. Unlike his wife, there is little media coverage on him.

Beautiful Julie Wood is Chris’ Mum. Unlike her husband, she has not made any conscious effort to avoid the media.

Below is a photo of beautiful Julie with her son Chris as they both attended the ANZAC day where they celebrated Chris’ granddad.

Now let’s tell you more about Chelsey who is Chris Wood’s sister who plays football just like him. Chelsey represented her country, New Zealand, in the 20s during the 2008 U20 Women’s World Cup in Chile.

Chelsey was also part of the 2010 U20 Women’s World Cup in Germany. Playing Under-20 in the year 2008 by implication means she is older than her brother.

Did you know?… Chelsey at the age of 4 began to play football with her brother. This was a time both had not begun playing at their academies.

From the age of 4 to 12, Chris Wood played in the same teams as his beautiful older sister pictured below.

Among his grandparents, Chris Wood was closer to one of his granddad, who is not late but never forgotten.

Below is a photo of his Granddad who he was very fond of. Remember: Wood’s grandad was a retired soldier before he passed on.

“It’s been quality having this beast!! Dream car, love it!” Those were the words of Chris Wood as he admires his car, a feat that provides a better insight into his lifestyle.

For Wood, deciding between practicality on the pitch and pleasure off the pitch isn’t a difficult choice. He loves to spend his football monies on the things he cherishes.

Did you know?… Chris Wood is one of the most respected names as far as New Zealand football is concerned. The forward is so respected that he was appointed a board member of the New Zealand Professional Footballers’ Association.

An Activist for Women Football:

What else do you expect? Chris Wood’s sister and wife-to-be are all professional footballers.

The sacrifices his sister made and the struggles his girlfriend Linnett had faced have made Wood a committed advocate of better conditions in the women’s game.

FACT CHECK: Thanks for reading our Chris Wood Childhood Story plus Untold Biography Facts. At LifeBogger, we strive for accuracy and fairness. If you find something that doesn’t look right, please share it with us by commenting below. We’ll always value and respect your ideas.