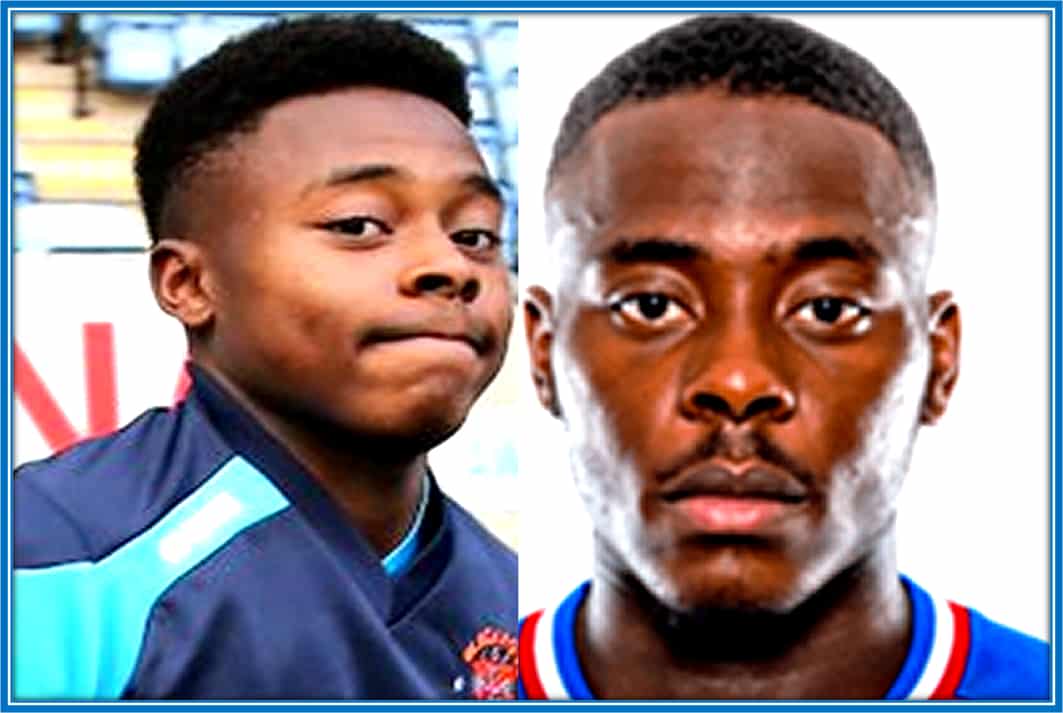 Our Bright Osayi-Samuel Biography tells you Facts on his Childhood, Early Life, Family, Parents, Girlfriend/Wife to be, Lifestyle, Networth and Personal Life.

In straightforward terms, we bring you a tale of noticeable events in the life story of Bright, starting from his early days to when he became famous.

Yes, you and I know the Attacking Midfielder is considered one of the best dribblers in his generation.

However, not many fans know about his life story, which is fascinating to read. Now, without further ado, let’s begin with his early years.

For biography starters, the Nigerian-English Footballer bears the nickname BrightO. Bright Osayi-Samuel was born on the 31st day of December 1997 to Nigerian parents in the town of Okija, Anambra State, Nigeria.

Early on in his life, Bright Osayi-Samuel’s family moved to Spain where they lived until he was nine years old. At the age of 10, his parents immigrated to England, settling in Woolwich, London.

Over time, the sign of a wealthy Nigerian household gets very obvious, as seen in their exotic lifestyles. No doubt, seeing the Winger and his mum on a private jet tour does reveal the family status.

In all honesty, you’ll agree with me that Bright Osayi-Samuel parents are rich. They are possibly the type who had formal education and could afford their beloved son, everything he needs to excel in life.

We all know the Footballer is from Nigeria. However, lots of fans have asked; which state in Nigeria does Bright Osayi-Samuel come from or hail?

Let’s get the fact right, seeing that his parents gave birth to him at Okija, Anambra State doesn’t mean Bright Osayi-Samuel has his origin in Eastern Nigeria.

The truth is, the name ‘Osayi’ has its origin in Edo state, Nigeria. It is a Benin name that means ‘God created.’

By implication, Bright Osayi-Samuel’s family hails from Benin City located in Edo State, Nigeria. This fact is evident as seen from fans’ often commenting with the words ‘Edo to the World’ on his post on social media.

Since his childhood, the Nigerian born winger has shown interest in playing football professionally. Early on, he began learning his football trade in the local field of Ojika, Anambra state, Nigeria.

To project a better future, Bright Osayi-Samuel’s parents decided their son would have his football education abroad. Hence the movement to Spain and then to England, where he got the opportunity to attend soccer trials.

Bright Osayi-Samuel began life in the UK by playing football at a park in Woolwich, London- close to his family home.

At age 16, life changed for the youngster when his application for trials went through for the team his dad and mum desired.

Among all English clubs, it was the far-away Blackpool FC Academy. And did you know?… Bright Osayi-Samuel rejected Manchester United’s transfer in favour of Blackpool. For the Future Star, there are more chances of succeeding with a smaller club.

As part of the sacrifice, Bright Osayi-Samuel’s parents had to journey with their son for 4.5 hours from their family home (in London) to the North West of England (Blackpool). 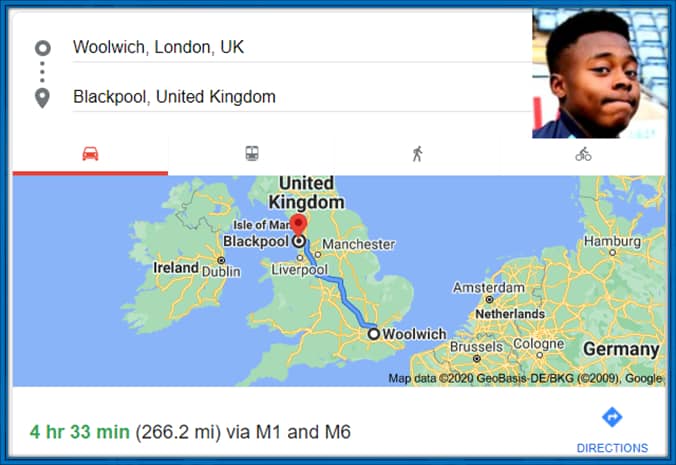 As the young winger continued to mature, he saw himself settling well into life with the Seasiders. The sharp-looking kid progressed smoothly through the academy ranks, all thanks to his speed and dribbling powers.

Back in the day, people would refer to him as that confident kid with self-confidence, one who knew his talent would outgrow the club in a matter of months.

Without a doubt, the end of the 2014-2015 season was the most challenging for the Youngster. It was a time he made his professional debut for Blackpool, precisely on the 7th of March 2015, at the age of 18.

As usual, every academy graduate’s dream is to make it to the first team. The fact is, it didn’t come without sacrifices by himself and members of his family.

In the picture below, it appears Bright was driven by his dad all the way from London to the town of Blackpool. What would have made him sleep in the car? There is no denying the fact that a hard worker like him shouldn’t get rest.

Hard work no doubt paid off for the youngster, who possessed a steely determination to make his dreams come true.

Did you know? Bright became naturally gifted as he saw himself becoming a speed demon in the game. To date, speed-dribbling has become an invaluable asset to the Footballer. To whet your appetite, here is a glimpse of his trait.

The Nigerian born Footballer had his own share of success at an early age. Did you know?… he was part of the Blackpool team that won the EFL League Two play-offs in the year 2017. 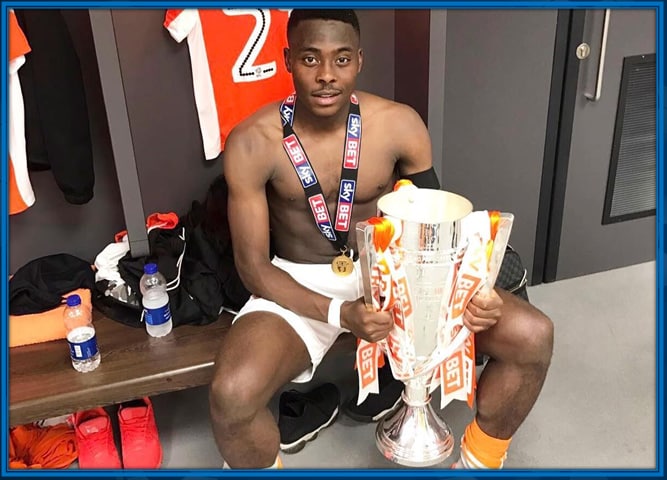 Seeing so much of his pace, power and trickery, QPR couldn’t hold it anymore as they begged for his signature. 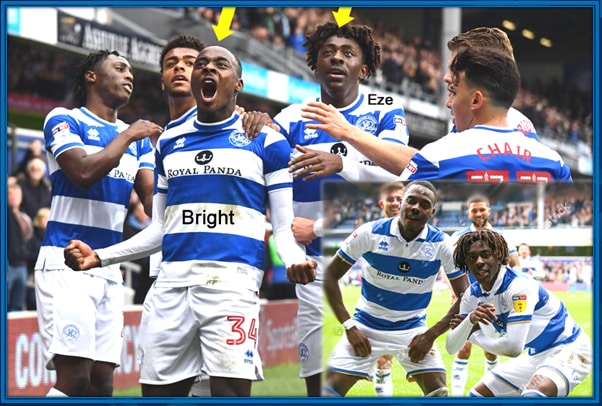 At the time of writing Bright Osayi-Samuel’s Biography, the Speedstar now hears his destiny calling him to a top-flight league, probably the EPL.

And would he join the Nigerian National team, which has the likes of Moses Simon? Well, only time will tell. Whichever happens, we wish him the best. The rest, as we say (including the video below), is now history.

Who is Bright Osayi-Samuel’s Girlfriend?

With a huge success story to his name, there is likely to be a surprised woman rolling her eyes. Again, some of his female fans have begun dreaming of becoming his wife or the mother of his child.

Nevertheless, we still have the ultimate question; Who is Bright Osayi-Samuel’s girlfriend?

After some careful look at his social media handles, we’ve come to a conclusion. At the time of writing Bright Osayi-Samuel’s bio, he has not made his relationship official.

On the other hand, it could be that he has a girlfriend who happens to be his future wife but decides not to make it public, at least for now.

You’ve probably got to know him as a speed dribbler on the pitch. However, getting to know the footballer outside the pitch will help you get a better picture of his personality.

First and foremost, Bright is someone who people describe as humble, responsible, and disciplined. The Winger lives a refreshingly humble life with absolutely no worries about what tomorrow holds. 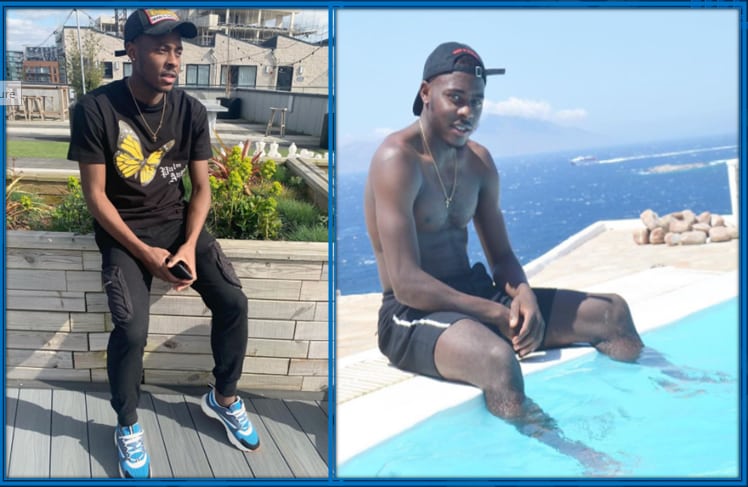 No doubt, he comes from a wealthy family, but his humility is a rare quality. We see this in the humble lifestyle he possesses. Bright avoids the glossy magazines and has an anti-flash attitude.

Thanks to proper grounding by his parents, he is easily noticeable with expensive cars, partying and showcasing big houses, etc. 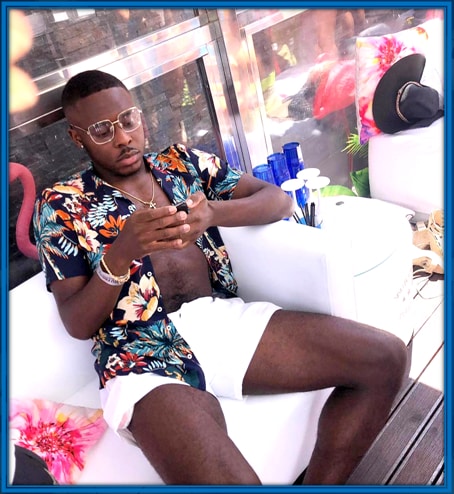 No doubt, having a beautiful household has been an essential factor in defining his sense of career fulfilment. In this section, we’ll tell you more about his parents and family members.

From the onset, the Footballer’s dad has been a crucial figure, one who has built his son’s self-image over the years.

No doubt, Osayi-Samuel (Senior) is a man who foresees the future of his son. He is Bright’s chief adviser right from his early career days.

As a Nigerian dad who has the country at heart, he has no issues convincing his son to represent his motherland. Bright once said, according to AllNigerianSoccer;

“I have decided, i will play for my country Nigeria. my dad wants me to play for the country. Also, the players in the team inspire me”

Like many Nigerians, the player often refers to his mum as “Mumzy”. Our team got to know that after he uploaded a pic of both himself and his beautiful middle-aged mum jetting out to an unknown location.

Even as an adult, Bright still finds time to cling on to his mother at every possible chance. As observed earlier, both mother and son do share a special relationship.

So far, we know him as the only son to his parents- with little documentation as regards the existence of a brother or sister.

Actually, the only person we know he takes as a brother is Eberechi Eze. Both Stars, as observed earlier, forged a productive partnership during their time at QPR.

Having read much on his Bio, it’s now time to unveil some truths we bet you never knew about the footballer. Without further ado, let’s begin.

First and foremost, he is one of those cheap career-mode wonderkids you’ll need to buy on FIFA.

Like Victor Osimhen and Mohammed Kudus, Bright is a speed star. Both players have a similar pace, but Bright is far better in acceleration. Having this colossal quality is a reason why he needs to leave QPR for a bigger club. 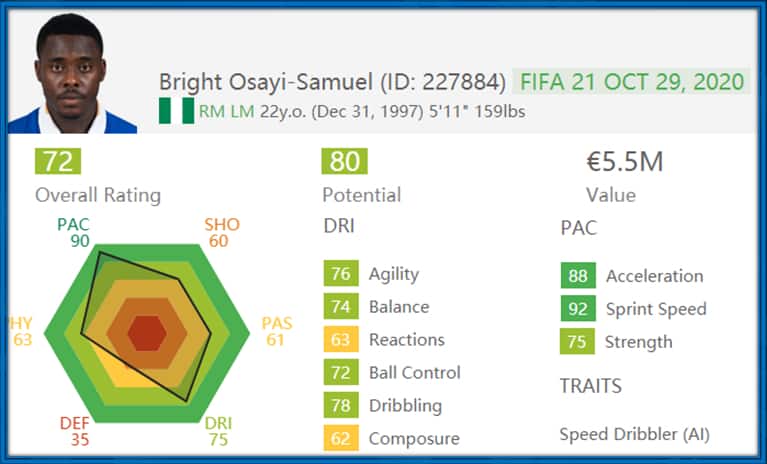 Bright Osayi-Samuel’s father was behind the United Snub:

According to ManchesterEveningNews, Bright once said his dad convinced him to snub a move to Manchester United as a youngster.

The decision, we believe, was in his best interest. Over time, we’ve seen many youngsters who begin their career with the big six but hardly make it to their first team or have successful careers.

Salary Breakdown and comparison to the average Nigerian earner:

From the above breakdown, the Speedster earns a whopping 155,823,870 million Nigerian Naira per year. A person earning N150,000 Naira (average income) in the country would need to work for at least 86 years. This was what Bright collected in just a year at QPR.

Since you started viewing Bright Osayi-Samuel‘s Bio, he earned this with QPR.

Judging from the above salary stars, we can say that the Winger’s wealth isn’t that huge when compared to highest-paid footballers according to Forbes.

Despite that, his net worth of less than a million is set to skyrocket. Indeed, it is set to move higher than his fellow compatriot, Michael Obafemi.

About his Surname (a pointer to his Religion):

The family’s name has both tribal (Benin) and Christian origins. Both names have ‘God’ in their meaning. In the first place, Osayi means ‘God created’ while Samuel means ‘God has heard.’ Without being told, Bright Osayi-Samuel’s family practices Christianity.

As a matter of fact, the Winger is just about to open a new chapter in his life after rejecting a new contract with QPR. The truth is, he will be more popular after he leaves QPR for a bigger club and league.

We give credit to Bright Osayi-Samuel’s parents for their influence in his development since his moments in Nigeria, Spain and now England. To market his talent, his entire family has favoured him moving to the premier league or any top league.

No doubt, Nigerian football fans, are on the verge of seeing another talent blossoming his way into redeeming the country’s lost image in football.

Above all, we conclude by saying ‘Thank you’ for taking out time to read Bright Osayi-Samuel’s Biography.

Kindly contact us if you notice anything that doesn’t look right in the article. Otherwise, tell us (in the comment section) your views on this write-up and about the Rising Footballer.