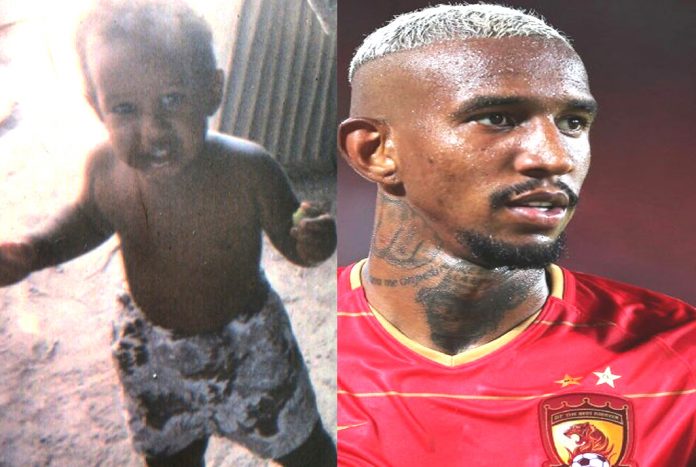 LB presents the Full Story of a Football Genius who is best known as Talisca. Our Anderson Talisca Childhood Story plus Untold Biography Facts bring to you a full account of notable events from his childhood time to date. The analysis involves his family background, life story before fame, rise to fame story, relationship and personal life.

Yes, everyone knows of his shooting and finishing skills. However, only a few consider Anderson Talisca’s Biography which is quite interesting. Now without further ado, let’s Begin.

Starting off, Anderson Souza Conceicao was born on the 1st day of February 1994 at Feira de Santana in Bahia, Brazil. He was born to his mother Ivone da Silva and to his father Augusto Carlos. 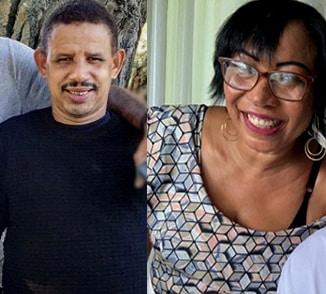 Growing up at Feira de Santana, young Talisca had a tough start to life owing to his parents’ separation when he was only aged five. As a result, the football prodigy grew up with each of his parents at different points in time. 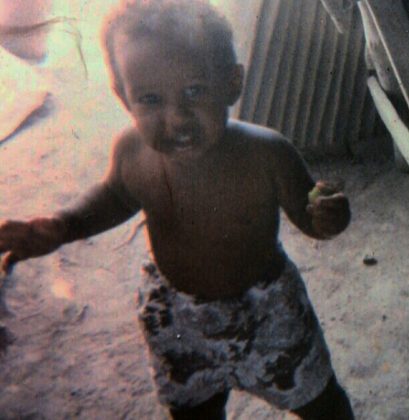 First was with his father, Augusto who he lived with until he turned 11. Talisca subsequently lived with their grandmother and finally with his mother, Ivone. The Brazillian would years later describe the period as the most difficult time of his life by giving insights about how he fared.

“I lived up to the age of 11 in Feira, with my father and my paternal grandmother (Ana),” From 11 to 13 years old, I lived with my mother in a farm (of Sao Jose) near Feira de Santana. The situation was very bad, my mother could not afford good living conditions, as a result, I lived with flour, bread and juice, I was really hungry”.

In spite of the trials and difficulties of the moment, Talisca held on to his childhood passion for playing football, beginning at the Feira de Santana Children’s Support Foundation (FAMFS), where he was known with the nickname “Doda”.

The first stop on Talisca’s career build up in football was his stint at Astro Community Sports Association, a training centre in partnership with the Feira de Santana Children’s Support Foundation.

It was at the centre that Talisca’s put up impressive performances. As a result, he was in 2007 at the age of 13, invited to train in Vasco da Gama by Alvaro Miranda, son of the club’s president-elect at the time, Eurico Miranda. Years later, Alvaro would recall circumstances which led him to tender an invitation to Talisca in the following manner.

“I met Talisca during a cup tournament in Bahia. I saw him playing ball on the field and was impressed with his style. I got close to him and asked him of his name, his age and if he wanted to train in Vasco. Talisca Said yes. About two, three months later, near the end of the year, he appeared ready at Sao Januario. I was surprised at his zeal for the sport.”

However, Talisca’s stay at Vasco was short-lived owing to the fact that he was denied a place at the Rio de Janeiro club. commenting on the development Álvaro notes that:

“Following my father’s departure from the presidency, new managers took over affairs of the club and we ended up losing Talisca. Everyone called him a sissy.”

In the same light Newton Motta, an ex-director with the club notes that the football prodigy was passed over owing to the fact that there was no space to accommodate him.

Moving on from rejection, an unstoppable Talisca was accepted at a relatively small club in Salvador known as Esporte Clube Bahia. While at Bahia the tall lanky youngster at the time rose through the ranks of the academy and graduated in 2013.

Talisca was subsequently drafted into Bahia’s senior squad where he made his professional debut against Corinthians on the 7th of July 2013 and scored his first goal in the next match against São Paulo. 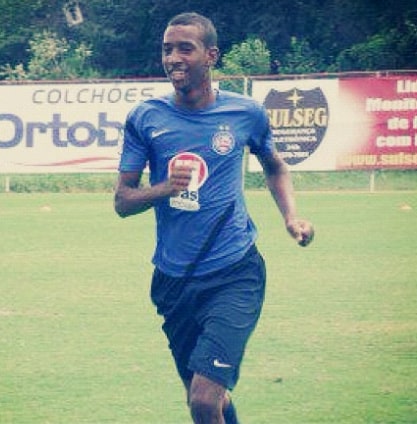 Although Talisca was mainly as a substitute in his first season, he did well to court attention by helping his side win the Bahia State Championship, a development which made impressed scouts from Benfica move in quickly to sign the youngster.

Moving on to Benfica, Talisca rewarded the club’s interests in him by scoring winning goals for his side during the 2014-15 as well 2015-2016 season. The rest, as they say, is history. 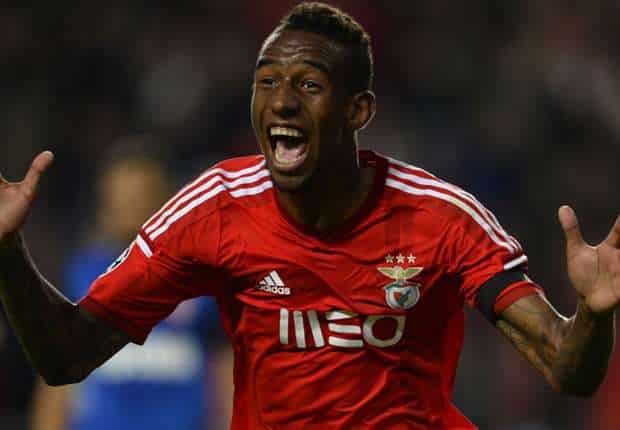 Talisca is enjoying a marital relationship with his wife known as Anna Paula Ramos. 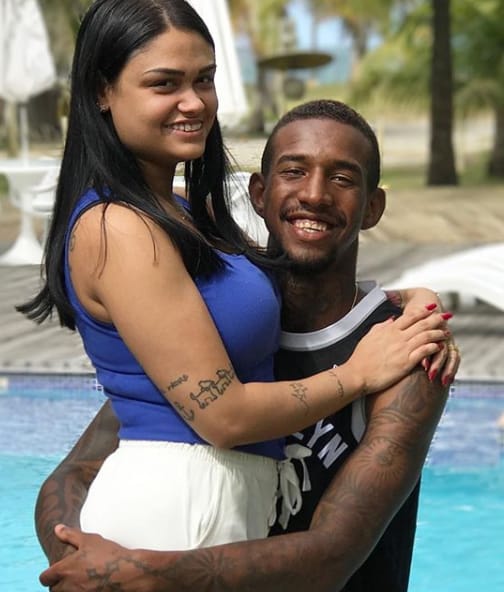 The couples who in 2014 lived in Portugal as lovebirds, occasionally missed each other whenever Talisca went camping in Algarve, leaving his heartthrob in Lisbon. 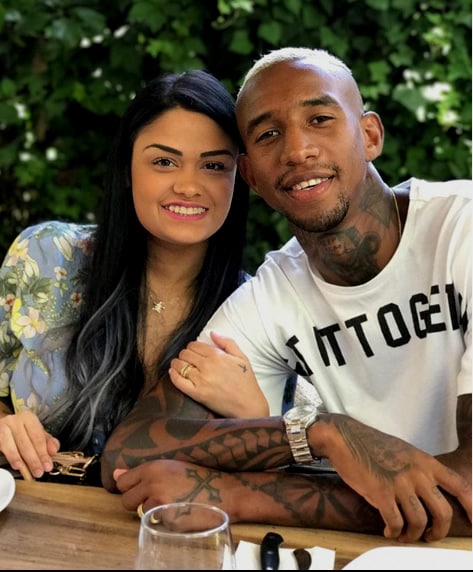 They, however, made the decision to stay close forever by getting married on the 6th of June 2015 during a ceremony held in Bahia, Brazil. 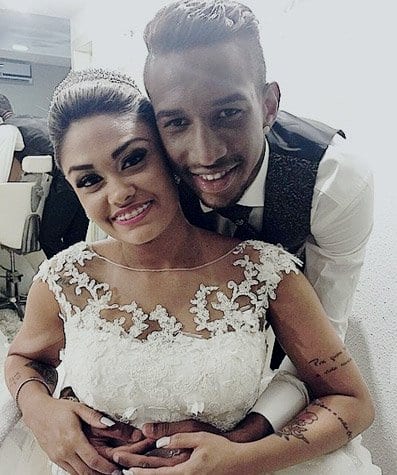 Their relationship is blessed with two kids, a daughter, Maria Laura (born August 2016) and a son, Samuel Davi (Born February 2018). 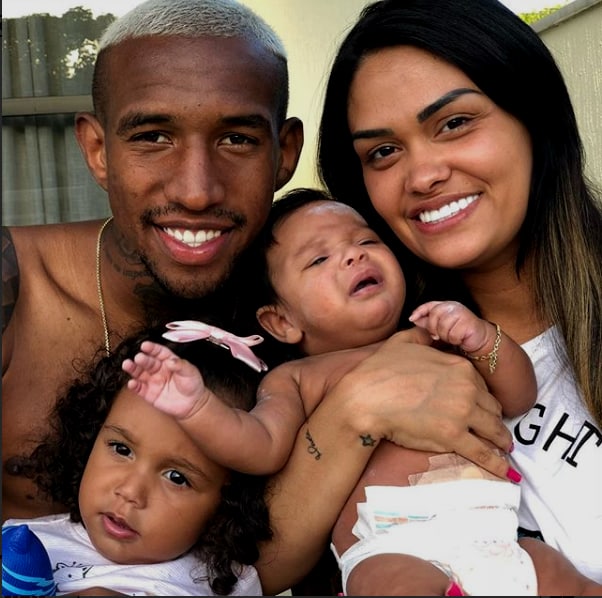 Many have come to regard the football genius as “Talisca” without knowing that the name is actually an affectionate nick given to him by fans, teammates and admirers during his stay at Esporte Clube Bahia. Talisca which is pronounced as “Talişka” translates as ‘Beanpole’, a reference to the Brazillian tall, slim frame. 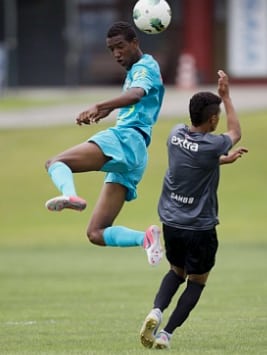 Added to the aforementioned, Talisca was nicknamed “Yaya Talisca” during his stay at Benfica in respect to his resemblance to Ivorian Yaya Toure.

Talisca has been overtime compared with Brazillian Legend Rivaldo. Many believe that Talisca dubbed “The New Rivaldo” shares similarities with the legend in areas which no one could explain other than Benfica manager Jorge Jesus. According to Jorge:

“Talisca’s physical and technical characteristics are very similar to Rivaldo. That is why we signed him. When I saw the boy, I thought immediately of Rivaldo,”.

Below is a video highlighting similarities between both players abilities.

Although Talisca was loved at Benfica, he left the club on bad Terms over allegations of non-payment of salary when he needed it most.

“I was disrespected at Benfica. Six days after my daughter was born everybody had been paid apart from me”.

“When the daughter was born, Benfica did not pay him, he ran out of money and needed the help of friends. He’s a 22-year-old, neither he nor his wife wanted to leave Portugal. They were perfectly matched, the daughter was born here. He’s not a mercenary, he’s more concerned with family welfare. People think that a football player is different from another worker. What happens if it was the end of the month and your company does not pay you? I’m sure you would also have difficulties, no?.”

An infuriated Talisca only let go of his grudge in September 2016 by scoring against Benfica for Beşiktaş (a club he was loaned to by Benfica). A joyous and satisfied Talisca basked in his vengeance by celebrating his goal which prevented Benfica’s victory over Beşiktaş in the UEFA Champions League on the 13th of September 2016. 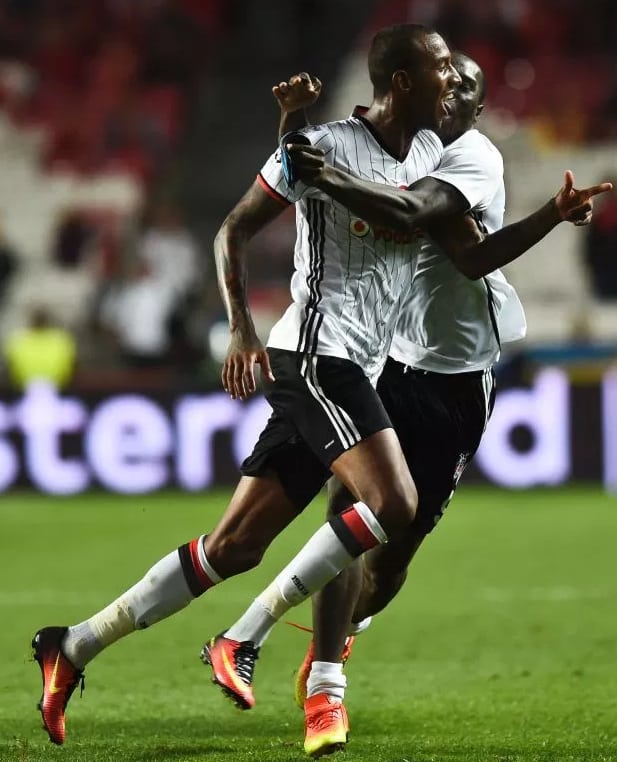 This made Talisca’s former teammates hate him and prompted fans of Benfica to rain racial abuse on his wife’s Instagram page.

Talisca is an ambitious player who loves God and his Family as evident in the face of Jesus Christ tattooed on his left forearm and his wife’s face on his wrist. Above all, he loves giving back and is renowned for giving $850 thousand of his Benfica signing fee to Astro Community Sports Association where he took his first major steps in football. 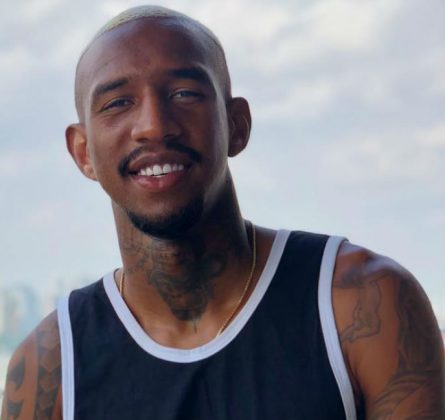 On the flip side of his personality, Talisca could be sometimes temperamental and uncompromising. Nonetheless, he is a great team player whose best is yet to come.

FACT CHECK: Thanks for reading our Anderson Talisca Childhood Story plus Untold Biography Facts. At LifeBogger, we strive for accuracy and fairness. If you find something that doesn’t look right, please share it with us by commenting below. We’ll always value and respect your ideas.