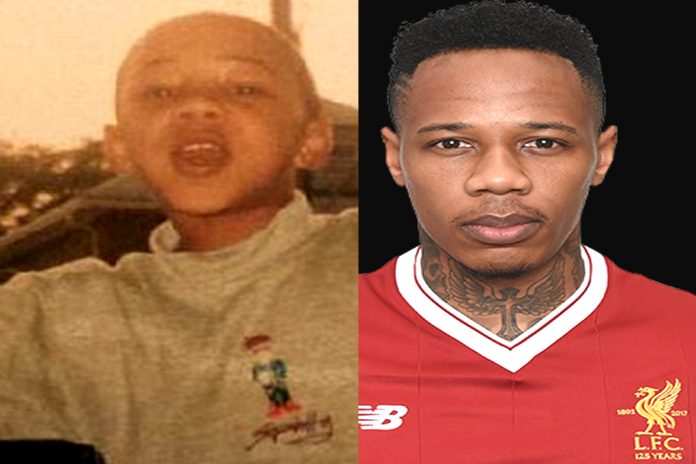 LifeBogger presents the Full Story of a dependable left-back who is best known by the nickname “The machine”.

Our Nathaniel Clyne Childhood Story plus Untold Biography Facts brings to you a full account of notable events from his childhood time to date.

Yes, everyone knows about his durability as a dependable right back. However, only a hand few fans know much about Nathaniel Clyne’s Bio which is quite interesting. Now, without further ado, let’s Begin.

For Biography starters, Nathaniel Edwin Clyne was born on the 5th day of April 1991 in Stockwell, London, United Kingdom. He grew up in Stockwell, a district in inner south London, England.

His memories of playing football still stick with him as he started as a three-year-old who would play and then hold his football all day long.

Nathaniel, to date, still has a tattoo of himself as a three-year-old on his arm holding a football.

On Clyne’s left wrist he has the inscription: ‘Baller from birth’ which is above a picture of him as a toddler with a football.

His football journey started from playing cage football in a Stockwell estate. As Clyne puts it;

“That is me when I was about three,” he said.

“I actually have my picture in my mum’s house as a baby holding a football, so thought it would be good to get it written on my arm. From the get-go, I always wanted to be a footballer.

I’m proud of where I’m from, definitely. On our estate in Stockwell it started out as ‘No Ball Games’ until they had enough of us bringing the balls out, and they built a cage for football, which was pretty good.

It’s all-action football because the ball never goes out of play.”

Clyne was spotted in that cage by Steadman Scott, who runs the Afewee Academy in Brixton. 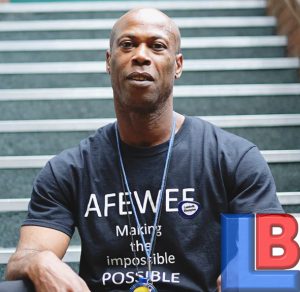 Mr Steadman Steadman Scott was born in St. James, Jamaica, in 1956. He moved to the UK aged 10 and has settled in Brixton all his life.

He was the one who realised a rare talent in Clyne. Just like Nathaniel, Tyrick Mitchell and Jacob Ramsey‘s families also have Jamaican roots.

Owing to his natural talent and after much talks between Mr Steadman and Nathaniel Clyne’s parents, Afewee Academy which is well known for helping young athletes realise their dreams of becoming professional accepted Nathaniel Clyne.

At Afewee academy, Clyne started out as a striker and then became a winger. He always wanted the ball and was fond of dropping back to get it.

Mr Steadmann Scott, his mentor, later sent Clyne to Arsenal for a trial at the age of 10, telling him to seize this big chance. Everything went successfully for Clyne.

He played well and even scored four goals. Unfortunately, Arsenal sent him home saying he was too small.

Upon returning back to his youth club, Clyne started new training session at tackling the ball.

This was the time he realized his natural position (right back) on the field. Nathaniel ended up as a confirmed right-back at the age of 13.

Nathaniel Clyne realized he was going to be a professional footballer as his coaches continued to tell him he was very good and far better than the other kids in the youth club.

It didn’t take long before other clubs (Tottenham and Crystal Palace) came calling.

Despite Tottenham having continuous interest, Clyne did like them and felt reluctant to travel North of London. Crystal Palace felt comfortable for him, and he went there instead.

Clyne finished his youth career at Crystal Palace and played 139 games for them at a difficult time for the club – which included the administrator trying to sell the youngster to Wolves.

He endured competition and won the battle out with his rival, Calum Chambers, for the right-back slot. This attracted Liverpool, who was in a need of replacing their right-back, Glen Johnson.

Clyne became the eighth man in history to move from Southampton to Liverpool. The rest, as they say, is now history.

Behind every great man, there’s a great woman, or so the saying goes. And behind almost every England footballer, there’s a glamorous girlfriend.

Nathaniel is known to be in a relationship with Brazilian model Sahara Santos. 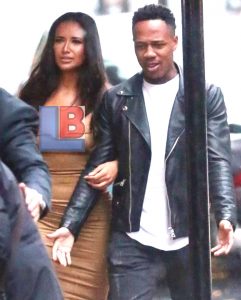 Sahara Santos is popular for her role in the online comedy show ‘TrollStationUK’ and a video for US rapper Trey Songz.

Despite their relationship, rumour had also surfaced that Clyne is dating a bombshell lady Carla Howe. 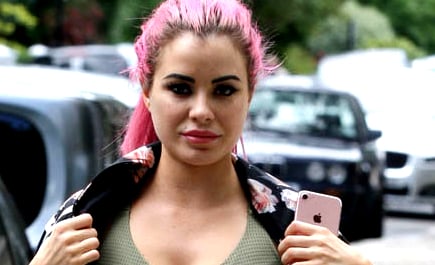 Carla is always his favourite pick each time he travels with his England team for away matches or tournaments. She was once hired by Chelsea’s Colombian star Juan Cuadrado to teach him English.

In the year 2017, When Nathaniel Clyne had a frustrating season with Liverpool through injury, he found other ways to fill his time.

One of those includes going to Miami to make a very odd 30-second cameo on a reality TV show.

Clyne appeared on the music reality show ‘Love & Hip Hop’: Miami. In the show, Clyne was chatting to the main man “Prince” as seen below while a lady (DJ Michelle Pooch) bumped into them. 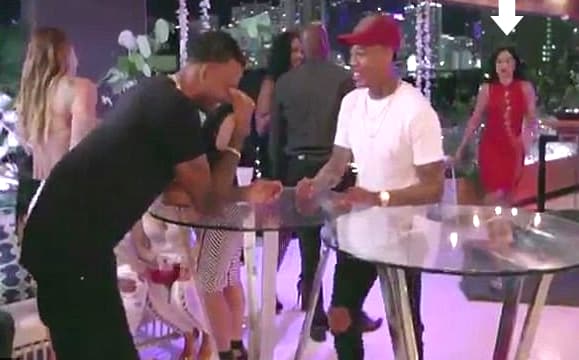 Before her arrival, Prince expresses his delight at having ‘international soccer superstar Nathaniel Clynie with him’.

As pictured above, Prince and Clyne – Clynie – are then shown having to talk over a drink at a party, when DJ Michelle Pooch, came over. 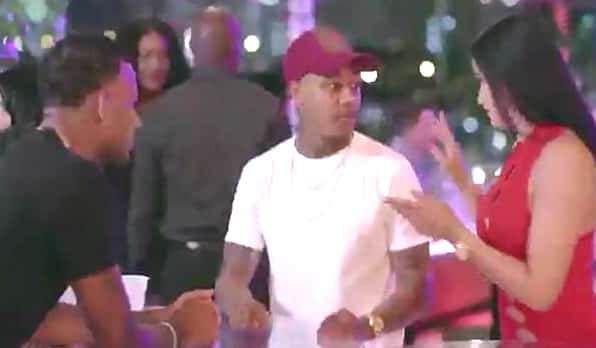 Upon approaching the gentlemen, it was observed that DJ Michelle was more concerned about her public persona than anything else.

What followed next was a disgrace for the England footballer as his flow with Prince was interrupted without courtesy.

To make it more embarrassing for Clyne, DJ Michelle Pooch with no introduction told Nathaniel Clyne to ‘take a walk’ which he quickly obeyed. 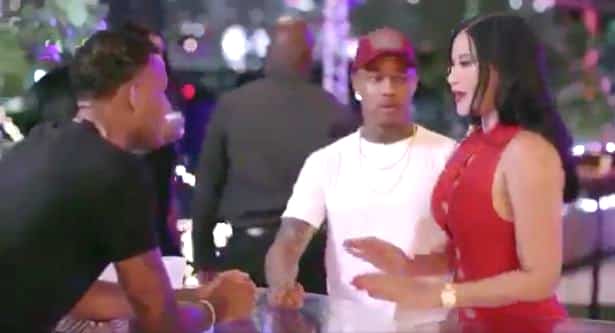 After the shocking words from Michelle, Clyne stood stunned and shocked.  This made Clyne is left standing awkwardly to one side. 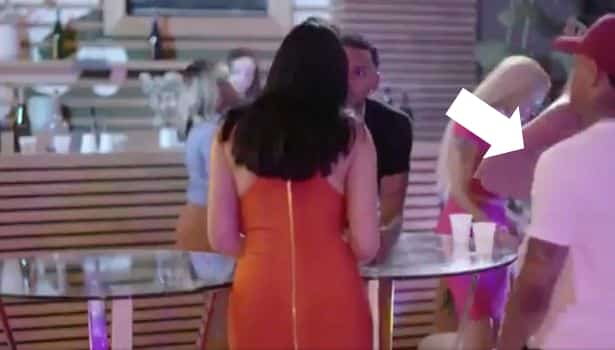 Football fans were so angry with Clyne and fuming continued for weeks. Here’s how some of his Twitter fans reacted; 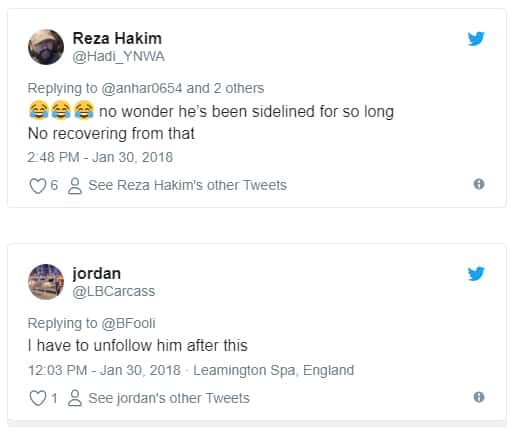 FACT CHECK: Thanks for reading our Nathaniel Clyne Childhood Story plus untold biography facts.
At LifeBogger, we strive for accuracy and fairness. If you see something that doesn’t look right in this article, please place your comment or contact us!.