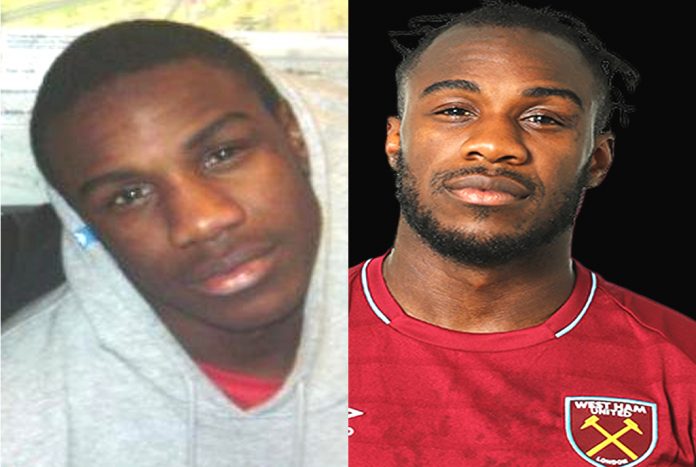 LB presents the Full Story of a Football Genius who is known by the nickname “The Beast“. Our Michail Antonio Childhood Story plus Untold Biography Facts bring to you a full account of notable events from his childhood time to date. The analysis involves his early life, family background, life story before fame, rise to fame story, relationship and personal life etc.

Yes, everyone knows he is one of the strongest footballers in West Ham’s history. However, only a few consider Michail Antonio’s Biography which is quite interesting. Now without further ado, let’s begin.

Starting off, his full names are Michail Gregory Antonio. Michail Antonio was born on the 28th March 1990 in Wandsworth, London. He was born to his lovely Black British parents who have their roots from Jamaica and have been together for more than 30 years.

Judging by the looks of Michail Antonio’s parents, it’s most likely they might in their 60’s which by backward calculations means they might have had their son in their 30’s.

Michail Antonio was brought up in South London and his development from childhood to adult has come a long way. The London Borough of Wandsworth, the place he grew up was once heavily infested with a gang culture during his early days.

According to a DailyMail report, The English winger witnessed several live cases of fighting, stabbings and shootings, all which seemed normal to him during his childhood time.

“A couple of my friends were stabbed to death, even a couple were shot in my very eyes but didn’t die. I have seen it all” Antonio told The Sun. It was a normal thing seeing gangs manifesting their evil deeds to innocent people and mostly among themselves.

“You heard that someone got stabbed and the reaction would be, “Okay, he got stabbed, then you would walk off. It wasn’t all surprising hearing someone being stabbed. All I would ask is if he is going to be okay with the injury — that was the normal conversation.”

In the London Borough of Wandsworth, emptiness ended for Antonio when there was football on his feet. It was his participation in the football events that steered him away from the poor choices he could have made as a child.

It was at the age of 12 that Antonio decided to join Tooting & Mitcham United Juniors, a semi-professional football academy based in the London Borough of Merton. He remained there for six seasons before breaking into their first team in the 2007/2008 season. At this time, his determination to become pro was no longer a passing fantasy.

It didn’t take long for Michail Antonio to make an impression with senior football. His early senior career days saw him displaying what fans would call “alpha male“ tendency. This was when Antonio ignited his beast mode as seen in his strength, pace and skills. 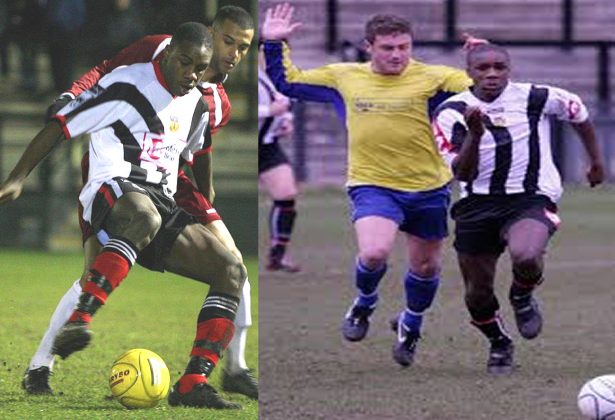 Moved up the ranks very quickly made him noticeable to scouts and becoming a subject of intense transfer speculations. Thanks to his talent, Antonio got himself transferred to Reading, Sheffield Wednesday and  Nottingham Forest. At Nottingham Forest, the English man won the Player of the 2014/2015 season award.

Antonio’s strong form in Forest saw him becoming a candidate for Premier League football. Precisely on the 1st day of September 2015, the non-league player saw his dreams of a premier league football callup coming to reality. He was acquired by West Ham United who made him one of their most priceless asset thanks to his energy, pace, and eye for goal. 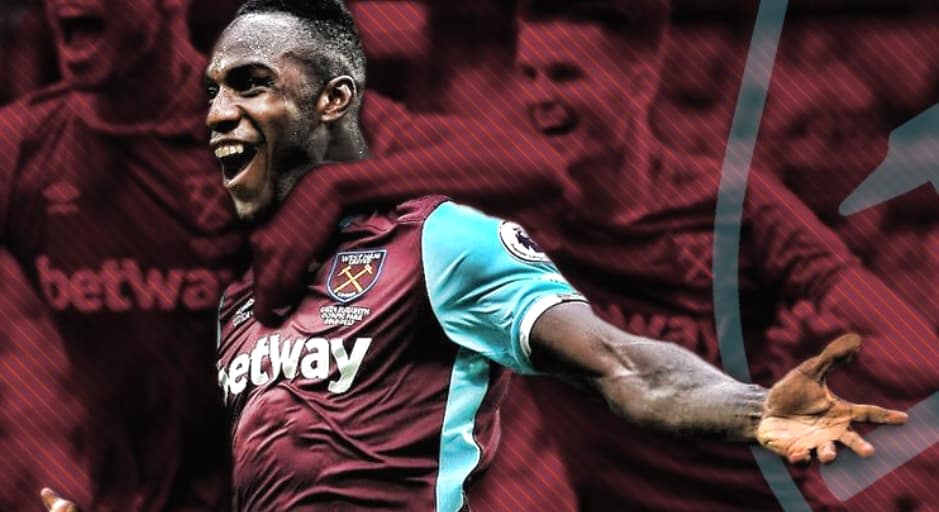 The relationship life of Michail Antonio is one which escapes the scrutiny of the public eye simply because his love life is drama-free. Behind the successful and happy footballer, there exists a glamorous wife in the beautiful person of Debbie Whittle.

Both lovers met in January 2011 and their relationship grew from best friends status to true love. Precisely on 6th of July 2017, Antonio decided to tie the knot with his long term lover.

Following their wedding, the couple went on to have their honeymoon in Seychelles. As at the time of writing, both Antonio and Debbie are blessed with 3 lovely children who go by the names; Junior, Miles and Myla.

It could be hard for Antonio to deal with retirement. The British-Jamaican footballer has plans to continue living his dreams through his son Mike who is building a career in the game. Below is a photo of Mikey celebrating his first trophy in a West Ham shirt.

Getting to know Michail Antonio’s personal life would help you get a complete picture of him.

The presence of Antonio marks the beginning of something energetic and turbulent. He is someone who continuously look for dynamism, speed and competition. Antonio likes to be the first in everything – from work to social gatherings.

Antonio is someone who believes in the principles of appreciating life, never taking life for granted, forgiveness and above all, love. Below are his favorite words;…

As Antonio called it, “It was a defining moment when the beast meets the beast“. This was the moment he met the tallest player in NBA’s history Gheorghe Mureșan who is 7 foot 7.

For some fans, Antonio looked like a mini beast who almost walked through the legs of a real beast who could be Marouane Fellaini’s brother.

Antonio once identified the best assist of his career which he calls “Say it with your chest“. Which the video below;

Antonio is someone who believes the best way to enjoy PlayStation’s FIFA is to play it with friends. Despite dominated the world of football, Antonio’s mastery with a Sony PlayStation joystick in hand seems to be well known. Form the video below, it seems he is very good at playing FIFA.

FACT CHECK: Thanks for reading our Michail Antonio Childhood Story plus Untold Biography Facts. At LifeBogger, we strive for accuracy and fairness. If you find something that doesn’t look right, please share it with us by commenting below. We’ll always value and respect your ideas.