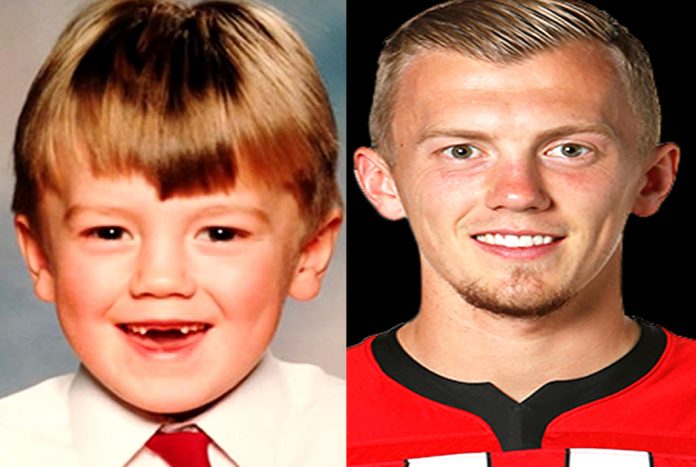 LifeBogger presents the Full Biography Story of a Football Genius who is best known as “Ward-Prowse“.

Our James Ward-Prowse Childhood Story plus Untold Biography Facts bring to you a full account of notable events from his childhood time to date.

Yes, everyone knows of his ability to bend free-kicks like David Beckham. However, only a few consider Ward-Prowse’s Biography, which is quite interesting. Now without further ado, let’s Begin.

Starting off, James Ward-Prowse was born on the 1st day of November 1994 at Portsmouth in the United Kingdom. He was the 2nd of three children born to his mother, Jackie and to his father, John.

The English national of White ethnicity with anglophone roots was raised in his hometown at Portsmouth in the United Kingdom.

Growing up in Portsmouth alongside an older brother, Ward-Prowse began kicking anything that resembles a football as soon as he learnt how to walk.

John (Ward-Prowse’s dad) recognized his son’s talent for the sport and started taking the football prodigy to watch Portsmouth’s games.

Thus, Ward-Prowse grew up as a fan of Portsmouth and was a season ticket holder like other members of his immediate family.

By the time Ward-Prowse was aged 7, he put up a few appearances for the under nine team of Portsmouth before Southampton’s scouts spotted him when he was eight.

Young Ward-Prowse committed to Southampton’s youth systems after he was invited by the club to train with them.

The decision was not easy for the then 9-year-old kid given that he had made a lot of friends at Portsmouth’s School of Excellence and to cap it all, Southampton was the archrival of Portsmouth.

Nonetheless, he fared well at the club and rose through the ranks. At the peak of his career buildup, Ward-Prowse featured in every match for the under-18 team of Southampton.

He also sought to toughen himself by secretly training with the non-league club, Havant & Waterlooville.

Ward-Prowse was only aged 16 when he made his debut for the first team of Southampton during a league cup match against Crystal Palace.

He impressed on his second appearance by scoring Southampton’s first goal during its 2-1 victory over Coventry City. With the goal, Ward-Prowse helped his side progress to the fourth round of the FA Cup.

The then-teenager was also making a name for himself at the international scene. He rose through the ranks from playing with the England under-17 team between 2010 and 2011 to feature in UEFA European Under-21 Championship qualification matches.

2012 was the year in which Ward-Prowse made his Premier League debut for Southampton in a match against Manchester City on the opening day of the 2012–13 season.

Although Manchester City defeated South Hampton 3-2, Ward-Prowse was praised by manager Nigel Adkins who described his performance as outstanding.

Shortly after Ward-Prowse celebrated his 18th birthday in November 2012, he signed a five-year contract with Southampton and has remained with the club to date. The rest, as they say, is history. 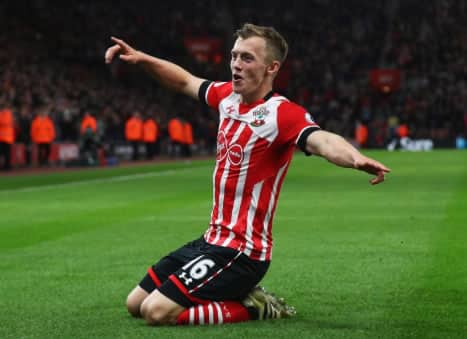 Ward-Prowse is yet to get married we bring you details about his dating history and current relationship status.

To begin with, the football genius is not known to be with any wag before he met his current girlfriend whom his relationship timeline revolves around.

Not much is known about the lady beyond a vacation tweet that Ward-Prowse made on Twitter in 2015.

The tweet captures Ward-Prowse having a nice pool time with the lady. He describes the event as a “Relaxing day off with my Missus”.

Meanwhile, the footballer is yet to provide updates regarding their relationship, while many are of the opinion that Ward-Prowse might be single at the moment.

Ward-Prowse hails from a middle-class family background of 4 members. We bring you was factual details about members of his family.

John is the dad of the football genius. He is a barrister and responsible head of the Ward-Prowse’s family. Like most supportive parents, John takes out time to attend his son’s games.

Jackie is the mom of the midfielder. She shares a close bond with Ward Prowse and attends most of his games too. Jackie is also the mother of Ward Prowse’s two other siblings.

Ward-Prowse has two siblings. They include an older brother whom little is known about and a younger sister called Emma Turner. Ward-Prowse is a protective big brother to Emma and holds her interests dear to his heart.

Emma suffers from Alopecia (chronic hair loss) and she is one of the youngest people in Britain to be diagnosed with the condition.

However, she’s handling the condition well, thanks to the help and constant attention she receives from her caring older brother Ward-Prowse.

To begin with, Ward-Prowse is an individual who ensures that his happiness and contentment are not compromised by his ambitious pursuits. He is not given to chasing women and does not regard money as a motivating factor.

Ward-Prowse hobbies include listening to music, watching movies, fishing and playing video games. Away from football, Ward-Prowse has an interest in cricket and he is a competent tennis player.

The English man has so far maintained a Tattoo free body and doesn’t look like one who would soon get arts on his body.

Ward-Prowse has a burgeoning net worth that is still under review. The footballer has a market value of €13.50 million and there’s no denying the fact that he makes a lot of money from his product endorsements.

With such projections, one would expect the football genius to bask in luxury. However, Ward-Prowse lives a moderate lifestyle and has a good house in Portsmouth, United Kingdom.

Ward-Prowse is not someone who shows off his cars and riches. He promotes the art of giving by engaging in BT Sport’s Charitable initiative – The Supports Club.

Ward-Prowse grew up idolizing David Beckham and Steven Gerrard as his childhood idols in football. He spends hours watching how both legends pull of amazing skills in order to play well like them.

About James Ward-Prowse Education, he attended Oaklands Catholic School in Waterlooville. Ward-Prowse left the school with six GCSEs in the summer of 2011.

Ward-Prowse is the only member of his family lineage to have played football at a high competitive level. His grandad was a sportsman who played Rugby.

Please find below, our YouTube video summary for this profile. Kindly Visit our Youtube Channel for More Videos.

FACT CHECK: Thanks for reading our Ward-Prowse Childhood Story plus Untold Biography Facts. At LifeBogger, we strive for accuracy and fairness.