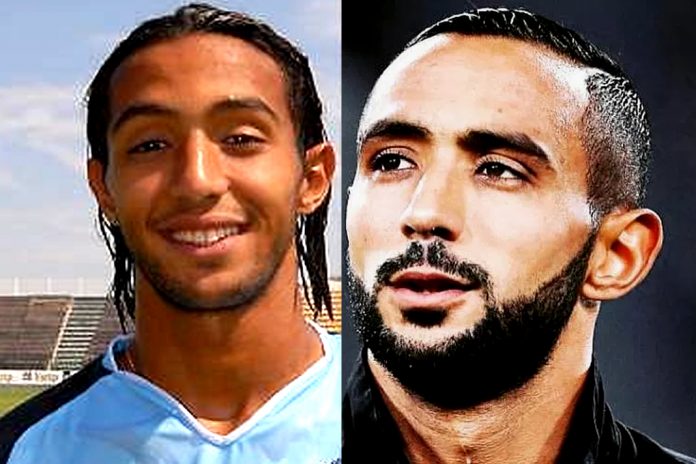 LB presents the Full Story of a Football Genius who is simply known by the nickname “Beni”.

Our Medhi Benatia Childhood Story plus Untold Biography Facts brings to you a full account of notable events from his childhood time to date.

The analysis of the Moroccan Football Legend involves his life story before fame, family background, relationship life, and many other OFF-Pitch facts (little known) about him.

Yes, everyone knows of his accurate tackles and aerial abilities but only a few consider Medhi Benatia’s Bio which is quite interesting. Now without further ado, let’s Begin.

Starting off, Medhi Amine El Mouttaqi Benatia was born on the 17th day of April 1987 at Courcouronnes, France.

He was born to his father Ahmed Benatia (a Morrocan) and to an Algerian Mother whom little is known about.

Growing up at Courcouronnes in France, young Benatia developed an early interest in football and like most football prodigies of his time, began playing for youth clubs when he was aged 13.

First stop of his enrollment in youth clubs was the National Football Institute (INF) of Clairefontaine where he had troubles keeping up with academic requirements as the INF enrols her players in conventional schools to enable them to advance up the academic ladder while training.

The development saw Benatia being sent home, an experience he would recount later by admitting that:

“I did not like school, and I was a turbulent student”

Leaving the INF was akin to putting an end to one’s dreams of playing football at a professional level.

However young Benatia reinvented himself at the youth club of EA Guingamp to the bewilderment of the then INF Director, Claude Dusseau who would years later, grant an interview noting that:

“Normally, players sent home for the INF of Clairefontaine never fare well in the future or get to play football at a professional level but Benatia proved to be an exception by advancing his course for professionalism at EA Guingamp”.

Subsequent youth football endeavours saw Benatia progress to Olympique de Marseille where he was belittled and loaned to FC Lorient only to get bedridden by injuries.

Things, however, took a turn for good when he secured a move to Clermont-Ferrand, putting up impressive performances that caught the attention of a scout from Udinese.

In all, Benatia notes that the challenges he experienced have led him to become who he is today.

“All these adventures taught me today to appreciate where I am. From the moment we are serious, everything is possible.”

It was at Udinese that Benatia got his first fan base and garnered attention from the press leading to his election as the best defender of the series A by visitors of the official site of the Italian championship. 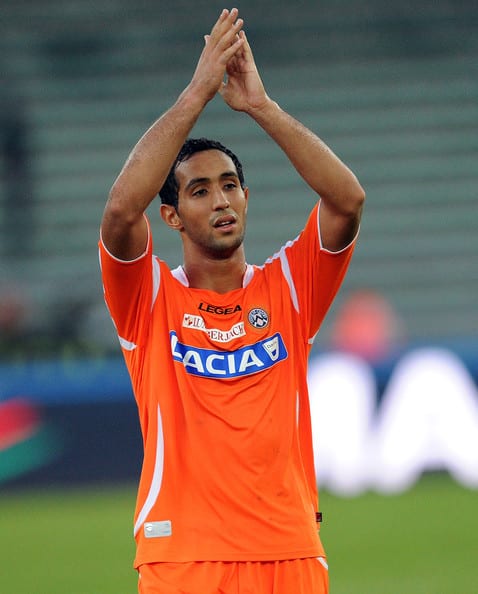 His career went nowhere but up as his defensive capabilities were recognized by players and managers including Miralem Pjanic who had this to say about his then-colleague while at AS Roma:

“What can we say about him, except that he is the best defender of series A”. 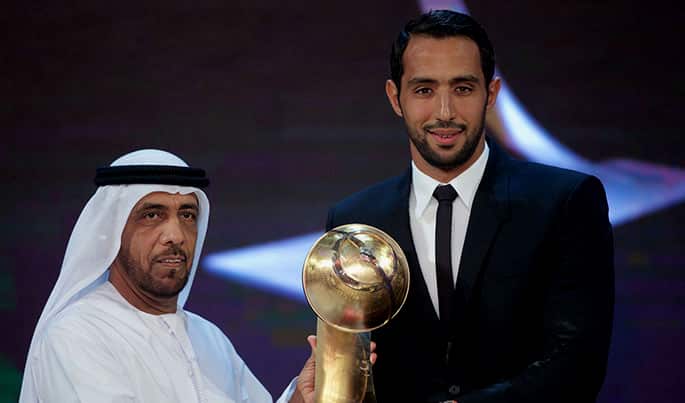 Mehdi Benatia is happily married to his wife, the lovely Cecile Benatia (pictured below). 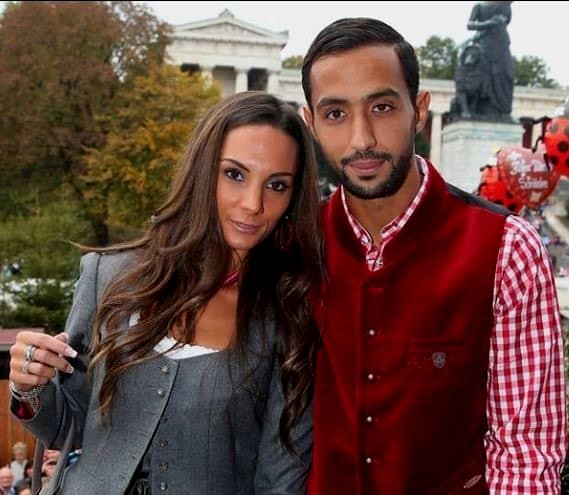 Their union is blessed with two children, a son, Kays Benatia and a daughter, Lina Benatia. 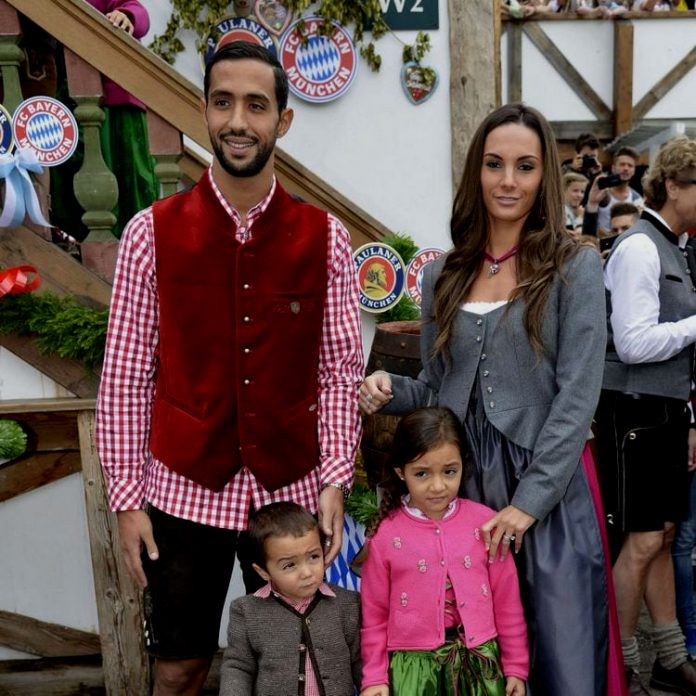 Benatia is often seen attending parties with his wife and also likes to spend quality time with his family by visiting beautiful places as well as going on vacation.

Sometime in March 2016, Benatia’s father Ahmed Benatia granted an interview to a local media in Morrocco, detailing how his son allegedly refused to take care of his parents months after his rise to fame.

However, Mehdi’s mother was quick to refute the claims as she granted a counter interview stressing that her son has been living up to his responsibilities:

“Mehdi has been cold with his father for over two years due to personal reasons. However, all that his father said were lies.

I can’t imagine how a father can make disparaging comments about his son in a country (Morrocco) whose national team Benatia plays for at international level”.

Mehdi’s mother comment was not just a counter but revealed insights about her son’s upbringing, religious disposition, struggles in life and how he caters for his family in a broader context:

“Mehdi absolutely did not change after his transfer to Bayern, Instead, he stuck to his childhood values.

He is a practising Muslim who knows the importance of family. In fact, he has a grandmother in Morrocco who he also helps just like his maternal Grandmother.

We also know of the various donations he makes for Morrocco including mosques and all. Suffice to say Mehdi is a victim in this case and it is sad that he unjustly accused by his own father”.

In May 2017, Benatia was racially abused while granting an interview to Italian TV, Rai. The Moroccan defender stopped mid-way in his interview after hearing a racist remark about him in his earpiece.

Reacting angrily to the racial remark (which was not broadcast to the public as it was only heard in the background, over his radio link), Benatia demanded to know who made the statement by asking:

The TV Company involved however apologized to Benatia, promising to investigate the racial remark made to him.

“Rai is sincerely sorry for the deplorable incident of racism that involved the Juventus player Benatia during our Calcio Champagne program and that, fortunately, was not heard by the viewers, as it did not go on air.

Rai has put into motion all attempts to identify who was responsible for what happened and at the moment technical analysis excludes that the unacceptable phrases were uttered by a dependent of our company.”

With a height of about 6 feet, 2 inches or 1.89m one can describe Benatia as being tall, which of course aids his defending abilities.

He is quick to take action whether rationally or irrationally and has been known to make hard-tackling fouls which sometimes results to his expulsion from matches. 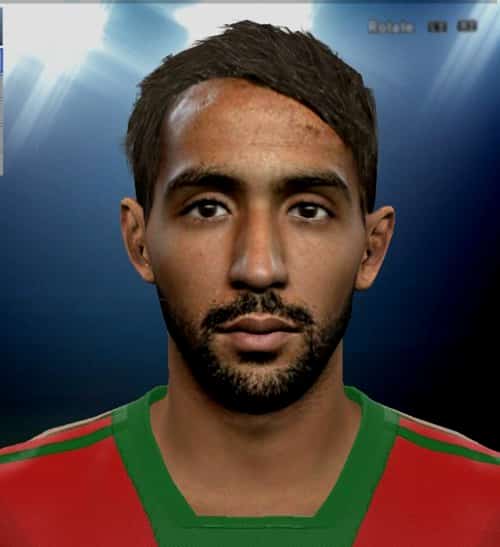 Benatia is not known to be a smoker and does not have any tattoo on his body. This tells a great deal about how much he values his health.

FACT CHECK: Thanks for reading our Mehdi Benatia Childhood Story Plus Untold Biography Facts. At LifeBogger, we strive for accuracy and fairness. If you see something that doesn’t look right in this article, please place your comment or contact us!.