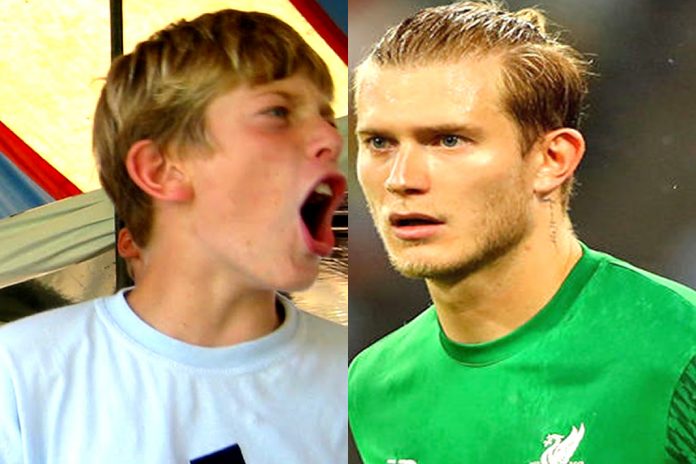 LB presents the Full Story of a Goal Keeper who is best known by the Nickname; “Kary”. Our Loris Karius Childhood Story plus Untold Biography Facts brings to you a full account of notable events from his childhood time till date.

The analysis of Loris Karius Bio involves his life story before fame, family life, parents, lifestyle, personal life and many off-pitch facts about him.

Yes, everyone knows about his good looks and his displacement of Simon Mignolet but few consider our Loris Karius Bio which is quite interesting. Now without further adieu, let’s Begin.

Loris Sven Karius was born on the 22nd of June 1993 in Biberach an der Riss, Germany. He was born to his mother, Christine Karius and father, Harald Karius who once intended his son to become a motocross rider.

However, Loris’ grandfather, Karl, encouraged him to focus on football. “My father didn’t watch football and it was my granddad who got me into it,”

Karius stated in a 2016 interview, “He was the one who always drove me half an hour to training every day when my parents were working. He was my biggest supporter.”

Loris Karius had to force through some courage to inform his father, Harald, that he would not be pursuing a motocross career and would follow his dreams. His mother Christine, supported him by further approving the switch.

Karius in a bid to get more support and prove his dad wrong went on to attended Pestalozzi-Gymnasium Biberach where he was privately tutored on the necessary antics of goalkeeping. His ability to learn fast led to his dad finally giving him the go-ahead.

Karius went on to begin his youth career with the following clubs (FV Biberach, G Mettenberg, SSV Ulm 1846 and VfB Stuttgart) before finalizing it in Manchester City in 2009.

Karius has unmasked different secret lovers. The shot-stopper started off publicly by dating the German model Annelie Alpert (pictured below). 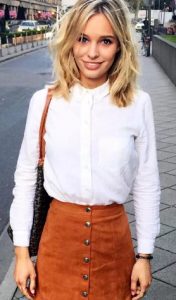 The beautiful blonde once made the most of her boyfriend’s happy relationship life. Unfortunately, things started changing later. 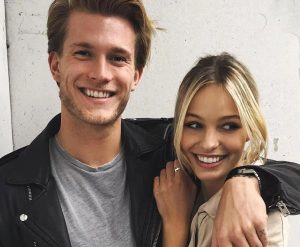 German model Annelie Alpert surely doesn’t know how to look back in her public display of affection. Looking at his body language, Karius doesn’t look so concerned or connected in the photo. 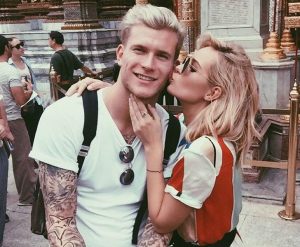 Both split up after a two-year relationship no thanks to his Liverpool fame who brought him into the hearts of ladies.

In the space of no time, Loris Karius dated a British lingerie model who starred in reality TV show Made in Chelsea. 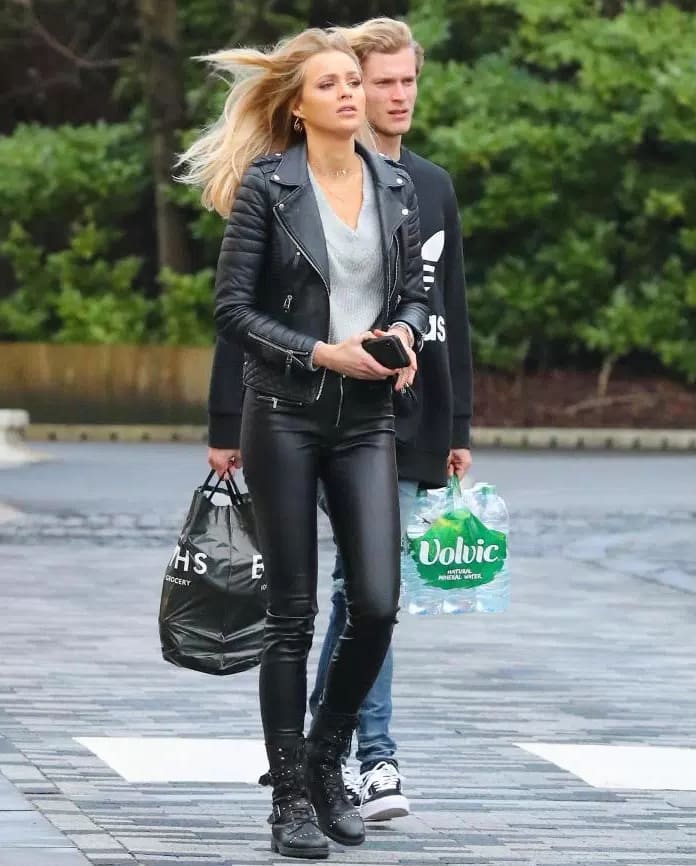 More recently, in March 2018, the German stopper was snapped leaving the Garden Vegan cafe in Hale on an afternoon accompanied by a beautiful blonde who is thought to be model Daniella Grace. 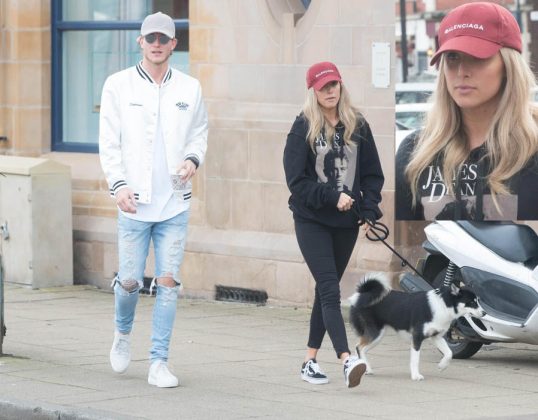 Loris Karius is indeed a hot footballer. He has the following attribute to his personality. 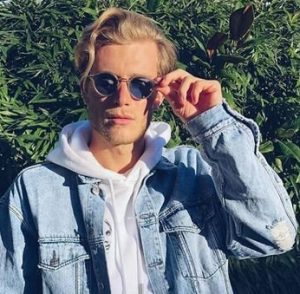 Loris Karius Weaknesses: He could act moody. More so, being pessimistic, suspicious, manipulative and insecure in relationships.

What Loris Karius likes: Art, home-based hobbies, relaxing near or in water, having girlfriends and a good meal with friends

What Loris Karius dislikes: Strangers, any criticism of Mother whose support got him into football and revealing of personal life.

In summary, Karius is deeply intuitive and sentimental. He is very emotional and sensitive, and care deeply about relationship matters.

Before popularity, Karius has always been critical to success. He knows he has a long way to go and therefore didn’t let the life of his bigger and richer footballer and the cars they drive affect you

Loris Karius comes from an upper-middle-class German family. The head of the family, Herald Karius was once a motocross champion known all over Germany for his glory days.

Unfortunately, Herald suffered several kneecap injuries during his prestigious career. It was the mother of  Karius who supported her husband to see through that.

This is the reason why she rejected her son, Karius into picking football. As Karius puts it; ‘My father didn’t watch football and it was my grandad who got me into it”.

Unfortunately, Karius granddad didn’t get the chance to see me play professionally. He passed away before my debut.

A Karius puts it; ‘I have my grandad’s name in a tattoo and then I have some guardian angels there for him.

It was sad to see him leave me but I can’t change it. I know he will still be watching me so it’s no problem.’

Loris Karius has indeed solidified himself in the place of the elite tattooed goalkeepers. 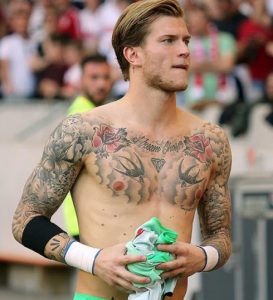 His chest piece features time-honoured flash art motifs of a diamond, roses, and a pair of swallows.

In the middle of either extreme are large floral elements on his shoulder, another pair of birds, and a pair of crossed feathers designed to look like they’ve pierced the skin on his back. 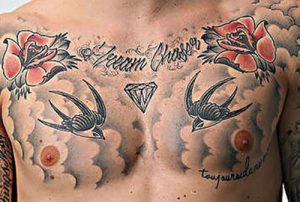 His right forearm goes 180° in the opposite direction by embracing Mickey Mouse gloves, cartoony skulls and stars, and a comic book-style BOOM onomatopoeic sound bubble. 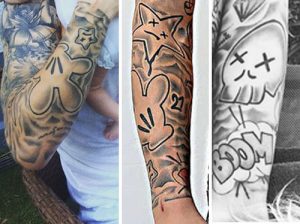 His left arm is devoted almost entirely to religious imagery, with a praying figure dominating his bicep, and a heavenly scene featuring a heart with beams of light, stars, and angels from his grandfather in a variety of poses taking up his forearm.

Finally, a tiny cross sits behind his right ear. 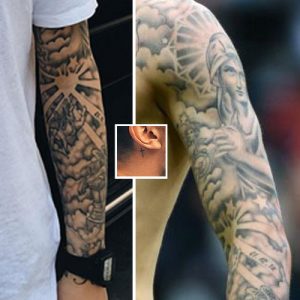 Karius indeed has taken an uncommon approach to his art. His tattoo. He has the best combination of Colour vs Black & White plus imagery for a goalkeeper.

FACT CHECK: Thanks for reading our Loris Karius Childhood Story plus untold biography facts. At LifeBogger, we strive for accuracy and fairness.

OMG, the amount of stalking here is overwhelming.. beware loris.