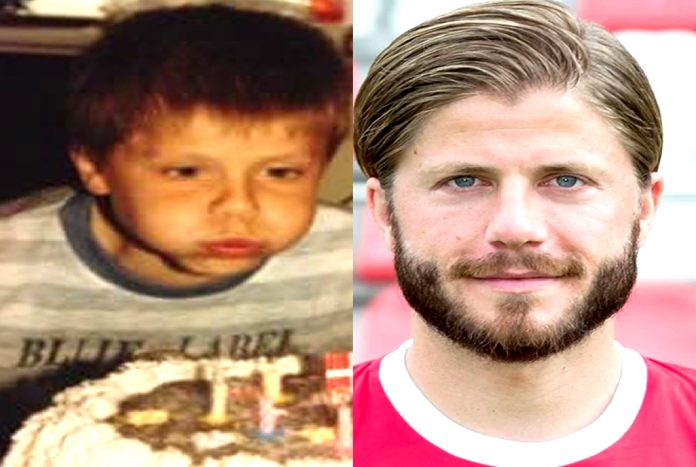 Our Lasse Schone Childhood Story plus Untold Biography Facts brings you a full account of notable events from his childhood time to date.

The analysis involves his early life, family background, personal life, family life facts, lifestyle and other little-known facts about him.

Yes, everyone knows of his free-kick and shooting ability. However, only a few consider Lasse Schone’s Biography, which is quite interesting. Now, without further ado, let’s begin.

For Biography enthusiasts, Lasse Schone was born on the 27th day of May 1986 at Glostrup in Denmark. He was the first of two children born to his mother, Tina Schone, and to his father, Lars Schone.

The Danish national of white ethnicity with German roots was raised by his parents at Roskilde municipality, which is just an 18-minute drive from his birthplace at Glostrup.

Growing up at the municipality, young Schone exhibited the makings of a chef during his early life.

The youngster would often spend time in the kitchen, where he played with cooking utensils like pans and pots.

While Schone was at it, he played football as a childhood sport owing to the fact that his paternal grandfather, Willy Schone was a retired player and football coach while his father Lars was a career footballer at the time.

However, the better part of Schone’s time was dedicated to kitchen exploration, an interest that later gave way to full participation in school football after he celebrated his 8th year birthday in 1994.

Schone’s educational background includes his studies at Klostermarksskolen School in Roskilde. While at the school, Schone had a heightened interest in football and even wrote an essay about the sport.

His teacher who was much worried about the development urged Schone’s parents to talk him into developing interests in a different career line.

However, Schone had his mind made up to become a footballer, and his parents gave him the necessary support he needed.

By the time Schone was aged 16, he was enrolled at SC Heerenveen, a Netherlands youth club where he had extensive training in competitive football.

Prior to that, he had childhood years of training at the youth clubs; Himmelelev-Veddelev BK and Ljungby IF.

It was at SC Heerenveen that Schone had a challenging experience with playing football. The club was not so good to Schone, a development that made him contemplate going home on different occasions. 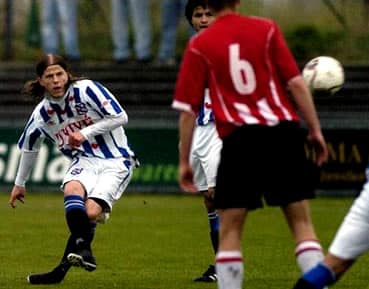 However, he was advised to stay put by his parents while his father often drove to the Netherlands in order to keep him company during the weekends.

However, Schone failed to break into the club’s first team, a development that saw him drop down a division to join De Graafschap.

While at De Graafschap, a 20-year-old Schone found the footing required to help him rise to fame and went on to help the club win promotion to the Eredivisie.

It wasn’t long before his sensational Eredivisie debut helped him secure a move to a larger club, NEC Nijmegen.

Although Schone’s rapid ascent on the mountain of fame was hampered by an injury during his second season with NEC Nijmegen, he made a strong comeback that caught the attention of Ajax, which secured his services on the 18th of April 2012. The rest, as they say, is history.

Schone is a married man at the time of writing. We bring you facts about his dating history and marital life. To begin with, Schone is not known to have had any girlfriend before he met his wag-turned-wife, Marije Schone.

Marjie worked at a hotel during the time Schone met her.

She is four years older than Schone and was not initially interested in Schone, whom she thought was a flirt. Nonetheless, Schone kept on investing a lot of time in Marjie until he won her over.

The lovebirds moved in together and got engaged months later, in 2014. They tied the knot nearly a year after on the 18th of June 2015.

Their marriage is blessed with two kids as at the time of writing. They include a son named Robin Schone as well as a daughter called Mila Schone.

Schone comes from a middle-class family background of 4 members. We bring you facts about his family life.

Lars Schone is the dad of the football genius. The supportive father was a football player who played for Denmark clubs B1903 and KB during Schone’s childhood.

Now a retired footballer, Lars is proud to have witnessed Schone record tremendous progress from building a career in Danish leagues to establishing himself in dutch leagues.

Tina is Schone’s mom. She shares a very close bond with the football genius and has a long-lasting mental picture of the events that make up his childhood story.

The mother of two keeps up with Schone’s game and often gets emotional whenever he scores.

Schone has no sister(s) but a younger brother called Simon. The siblings grew up together at Roskilde municipality, with Schone playing the role of a protective brother.

Unlike his elder brother, Simon did not choose a career in football and thus remained little known. Nonetheless, he is close to Schone, who has great regard for family.

Similarly, his maternal grandparents are yet to establish an online presence with him, a development that goes across the board for his uncles, aunts, cousins, as well as nephews and nieces.

What makes Lasse Schone tick? sit back as we bring you makings of Schone’s personality to help you get a complete picture of him.

To begin with, Schone’s persona is a blend of Gemini Zodiac traits he is sociable, emotionally intelligent and moderately reveals details about his personal and private life.

In addition, Schone has been described as sweet and loyal by his friends and family. His hobbies include playing golf, watching Tv programs, listening to music and taking photo shoots. Schone also has interests in gardening, fashion and cooking.

Schone has a net worth of over $8 million as at the time of writing and lives a luxurious lifestyle that is not above his earnings or salary, which stands at over €988,000 at press time.

The origin of his wealth is his football endeavours, including endorsements, while little is known about his investments outside football.

Nonetheless, he keeps money in circulation by spending judiciously during shopping and maintaining his luxurious house in Amsterdam in the Netherlands.

Regarding his mobility, Schone drives awesome cars that satisfy his need for speed and travels by air for vacations or call up for international duty.

To wrap up Lasse Schone’s childhood biography, here are lesser-known or untold facts that are rarely included in his bio.

Thanks for reading our version of Lasse Schone’s Biography and Childhood Story. At LifeBogger, we strive for accuracy and fairness in our quest to deliver you the Biography of Danish Professional Footballers.

If you find something that doesn’t look right in Lasse’s Bio, please share it with us by commenting below. We’ll always value and respect your great ideas.