LifeBogger presents a Full Story of a Football Genius best known by the Nickname; “El Flaco”.

Our version of Javier Pastore’s Biography Facts, including his untold Childhood Story, gives you a complete account of notable events from his boyhood days. We’ll then tell you how the Midfield maestro became famous in the beautiful game.

The analysis of the Argentine midfield legend involves his life story before fame, relationship life, family life and many OFF-Pitch little-known facts about him.

Yes, everyone knows about his abilities, but few consider Javier Pastore’s Biography, which is quite interesting. Now without further ado, let’s Begin.

The South American midfielder was born on the 20th day of June 1989, in Córdoba, Argentina. Javier came to the world through his parents – Mr and Mrs Juan Carlos Pastore.

In terms of his roots, the Baller is from an Italian-Argentine family. Javier Pastore’s grandparents are originally from Volvera, Turin. The youngster’s Dad and Mum raised him in the strong Catholic faith.

Javier Pastore was nicknamed “El Flaco” during his childhood days. This is because of his slender figure.  He was also called the skinny one, or “Huesita”- the funny bone.

Naturally, football became his passion from his early years in Cordoba. Javier started playing for his school, San Jose Artesano.

His teacher encouraged his parents to allow him to take football as a profession because Javier was better than every footballer in the school.

He started his career in the youth system of the Argentine club Talleres, and slowly worked his way up to the first team, getting his senior start at the age of 17 in 2007.

During the 2008 season, Pastore was loaned to Huracán of the Argentine Primera. While there he achieved a meteoric rise. This was a time Javier started becoming the most wanted midfielder in European Football.

He rejected Manchester Utd, Porto, Milan, and Chelsea to sign for Palermo because of his Italian roots. There, he played 69 games and scored 14 goals.

Again, his great vision and passing abilities led to several offers from top European clubs. It was PSG who finally acquired him for €39.8 million in 2011.

To start with, Javier Pastore decided to be in a serious relationship when he went to Palermo in 2009. This marked the beginning of his off-field life.

He fell in love with Chiara Picone who was the most popular TV newscaster and model in the whole of Southern Italy. 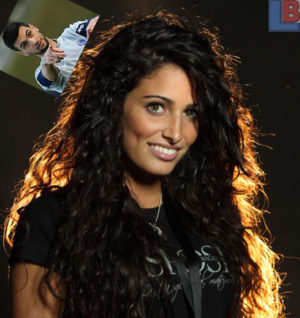 Upon making up his mind, he decided to go and ask her out. The beautiful brunette agreed after four months of dribbling and turning him around.

Their mutual admiration gave rise to an intense relationship that has been going on since 2010.

Both had what many would call an informal or low key wedding. Here is the Wedding photo of Javier and Chiara Pastore. The happiest moment of their lives arrived on May 27, 2015, when Martina was born. As a person from a strong Catholic background, Javier made it mandatory to take his daughter Martina Pastore for baptism.

Martina Pastore, now grown-up, has become a fan of shopping like her mother.

Both Chiara and Pastore share their daily postcards of their little one on social networks, where they are seen enjoying fun family outings.

Little Martina is very awake, happy and super sociable like her mum.

The end of the season requires the Argentine international and his beautiful wife to enjoy a well-deserved vacation, as seen below. Research about his parents reveals that Pastore comes from a middle-class family background. The life of his parents, Mr and Mrs Juan Carlos, changed as football investment paid off for their only child.

Both parents are Italian-Argentine by origin. They are originally from Italy but has Argentine roots.

Javier’s lovely parents were behind their choice of choosing Parlemo, Southern Italy as his European destination from Argentine football.

This was to allow him to have a feeling of home away from home all thanks to having several extended family members in Parlemo.

The decision of Javier Pastore’s parents also helped shaped destiny as he met the love of his life, Chiara Picone in Parlemo.

Javier Pastore once reveals to the media that his two friends were killed in the Paris terror attack. They were among 129 persons killed by terrorists.

Pastore did not find out that his friends fell victim to the gunmen at the Bataclan theatre until sometime after the attacks.

This horrific Paris attack led David Luiz to leave PSG to Chelsea FC after feeling he and his family were no longer safe in Paris.

However, It was a great period of mourning for the Pastore who was kept in shock for months.

Police investigating suspected tax fraud once raided the headquarters of Paris Saint-Germain and the homes of Angel Di Maria and Javier Pastore, a French official says.

Anti-corruption police accused Javier Pastore of collecting money related to his image rights through front companies that then return these revenues to banks domiciled in tax havens.

Paris Saint-Germain emphasised that all of the relative contractual documents of Javier Pastore have been concluded in perfectly regular conditions.

The statement from Pastore’s agent later said: “Mr Javier Pastore denies, with the utmost firmness, all unfounded accusations against him.”

We strive for accuracy and fairness in our quest to deliver you Argentine Soccer Stories. Kindly stay tuned for more! The Life History of Enzo Fernandes and Thiago Almada will excite you.