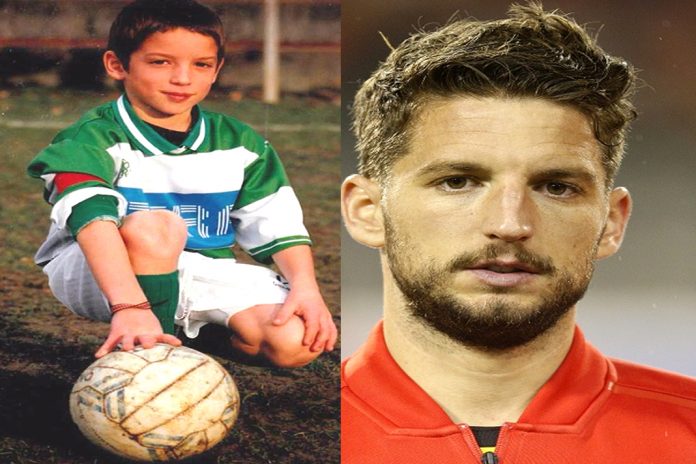 LB presents the Full Story of Football Genius who is best known by the nickname; “Ciruzz“. Our Dries Mertens Childhood Story plus Untold Biography Facts brings to you a full account of notable events from his childhood time to date.

The analysis involves his life story before fame, relationship life, family background and many OFF-Pitch facts (little known) about him.

Yes, everyone knows he is a dead-ball specialist. However, only a hand few fans know much about Dries Mertens’ Bio which is quite interesting. Now without further adieu, let’s Begin.

Dries Mertens was born on the 6th day of May 1987 to his mother, Marijke Mertens and father, Herman Mertens in Leuven, Belgium’s Flemish region. Dries comes from a humble family background from football-loving parents who had an enormous vision for their only kid. 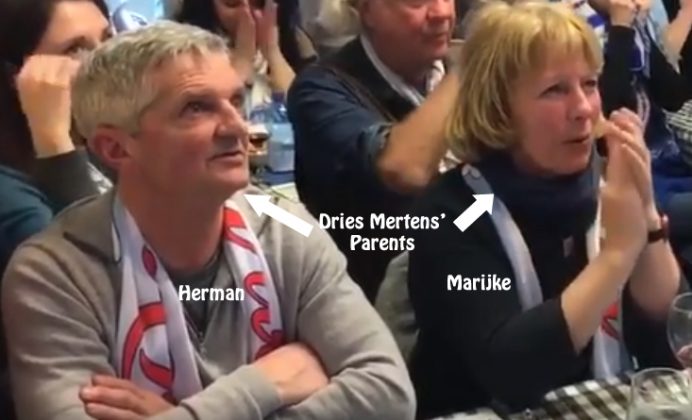 He grew up having so much respect for his parents who taught him the needed moral and ethical values of life. On of such involves Dries learning how to Appreciating the little things in life.

While at school, Dries Mertens was a humble and withdrawn boy who performed well in academics. Back then, his School offered him the opportunity to passionately play competitive soccer during sports periods.

Ideally, Mertens used every second he had during breaks to play football. His ability to handle the ball more than his teammates led to his school coach meeting his parents and advising them to help their son become a professional footballer.

During the mid-1990s, Belgium witnessed a new wave of football enthusiasm. The country with a population of only 11m had a watershed moment in 1998 after their national team disgracefully crashed out of the 1998 world cup group tournament. 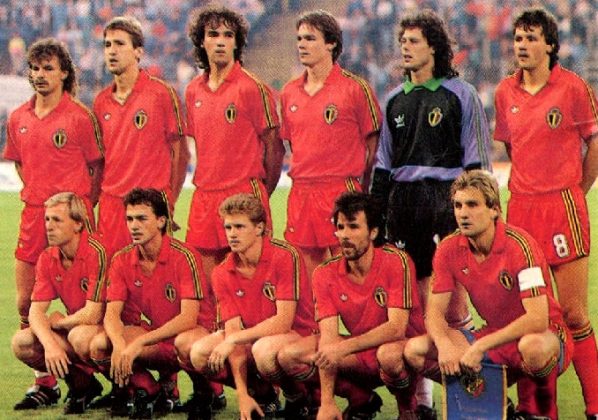 Bob Browaeys, who was the coach of Belgium youth teams at every level was tasked to put on a Sablon’s blueprint document which would challenge the “lack of unified vision on youth” football at that point.

This document led to over 30 Belgian federation coaches meeting to discuss the radical change in the approach of football in the county.

One of their findings was that there was far too much emphasis on winning and not enough on development. This led to the youth football revolution in Belgium and Dries Mertens became one of the beneficiaries.

As visionary as his parents were, they already made their son enrolled on the roster of the local team, Stade Leuven two years (1996) before the France 1998 World Cup which sparked the Belgium football revolution. 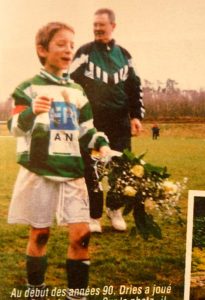 As the football revolution started in Belgium, funds for youth football development became available. It favoured bigger clubs like Anderlecht whose scouts were empowered to get talented kids from local clubs. These scouts of Anderlecht first spotted Mertens in his club, ultimately resulting in him being offered a chance to join the club’s youth academy in 1998. 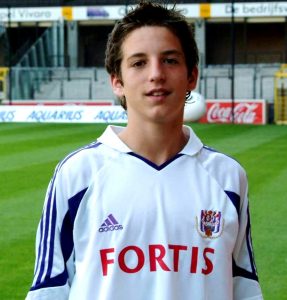 Diers Mertens’ parents despite not being rich gave their best support for their son. As Dries had rightly said;

“My father usually drives me with his bus to Anderlecht and he took me from the age of 11 to 18 years old every day to training in Brussels,”

After his switch to Anderlecht, it didn’t take time before his old club got dissolved by the Belgium football Authorities who targeted mushroom clubs at that time. 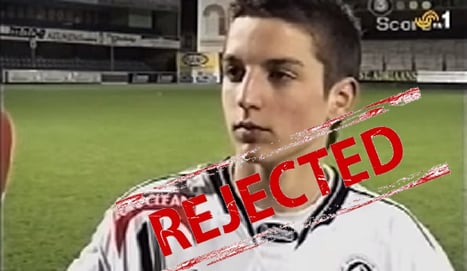 Dries Mertens spent five years in the youth setup at Anderlecht before he faced the biggest disappointment of his youth. He was being released in 2003, with coaches finding him to be too be too short and physically incapable of competing at a professional level.

Following his release from Anderlecht, Mertens was signed by fellow Belgian Pro League side, Gent where he climbed all youth ranks to finish his youth career. Again, progressing in his career became a problem. The coaching staff at Gent, much like those at Anderlecht before, still remained unconvinced of Mertens given his slight frame. Instead of selling him off, they decided to send him on loan. This time to AGOVV Apeldoorn in the Netherlands. 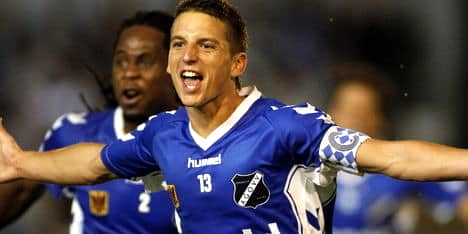 Mertens’ path to professional football really only began after crossing the border into the Netherlands. AGOVV Apeldoorn became the launchpad for Mertens’s career.

There he excelled, became captain, and won the 2009 Gouden Stier, awarded to the best player in the Dutch second division.

Because of his troubles of rejection, Mertens became a late bloomer to fame. He only started playing football at the highest level at 22, making his Eredivisie debut for Utrecht in 2009. His performance led the modest club, Utrecht into qualifying for Europe for the first time in four years thus leading to his Dutch league Footballer of the Year nomination.

At that time, the rise of the Belgian became the most talked-about storylines in the country. This feat landed him at PSV in 2011. After impressing again with 37 goals in 62 appearances, Napoli came calling.

Mertens became Rafael Benítez‘s first signing as the new Napoli manager. While in Napoli, handsome Mertens (pictured below) used his low centre of gravity to buzz around in wide areas which led to him bamboozling top defenders. 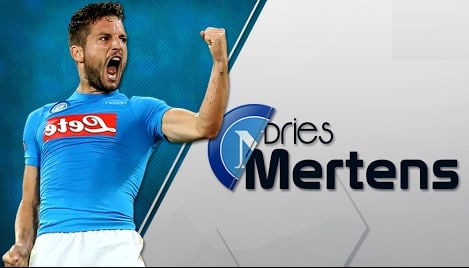 Dries Mertens is indeed handsome and taken (Sorry Ladies!!). His heart belongs to his one and only childhood sweetheart, Kat Kerkhofs. Both lovers dated for 10 years before deciding to tie the knot. 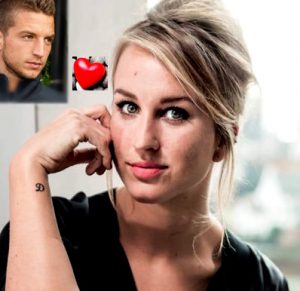 In June 2015, Mertens married his childhood love and partner Kat in Naples. 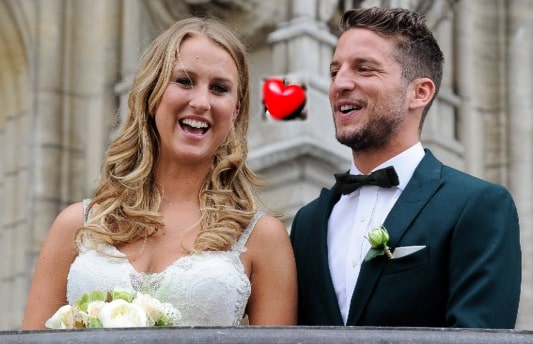 Kat is a dancer and researcher who comes from a wealthy home. Her father, Late Mr Kerkhofs was a popular musician as well as a drummer in the seventies. He died of a heart attack on Christmas Eve of 2004.

The Weird Couple: Kat Kerkhofs once spoke to Belgian television channel Vier, where she confessed that she and her husband enjoy getting intimate in public, especially at train toilets. 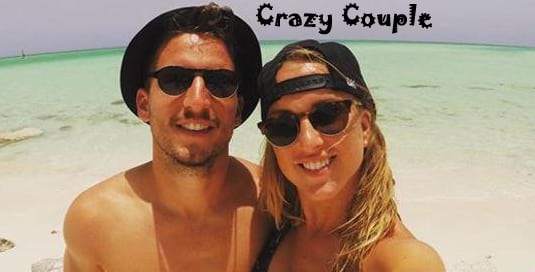 In the interview with Gert Late Night, Kat Kerkhofs said;

“In public, I behave like a lady, but in bed I am eccentric. I think that when you are sure of yourself on the intimate level, things would get better on a general level. I like to do it in places a little unusual, like the basin of a train. I like it a lot.”

The Halloween Life: Napoli once organized a couple-friendly Halloween. Dries Mertens and his wife Kat were forced to get creative by appearing as two teammates in the Napoli team.

Mertens revealed that he and his good lady spent their Halloween dressed as two of his Napoli teammates namely; Lorenzo Insigne and Marek Hamsik. 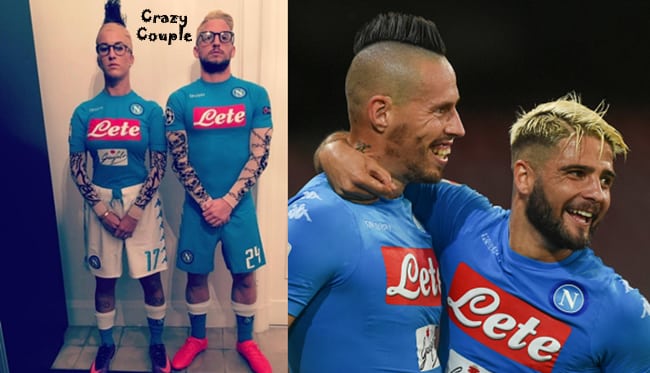 As seen in the photo above, they made sure they have in place their authentic tattoo sleeves, hipster spectacles and faux mohawks.

Baby named after Him:

Once upon a time, Dries Mertens and the rest of his Belgian teammates were used as a criterion to name a newborn Belgian baby. The parents of the un-named child insisted that their child would be given the names of Belgian match-winners against Algeria. 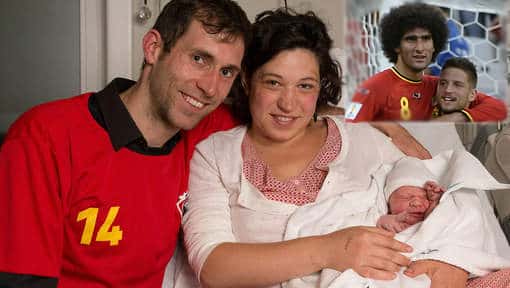 “We agreed that, if they win that game, we would give our son Titus, all the names of the goal scorers. If the team scores five times, then we would be given five names.”

Eventually, the parents of Evelien Jonckheere and Peter Tijtgat named their newborn boy, Titus Marouane Dries Tijtgat. This implies that Dries Mertens and Marouane Fellaini were the match winners.

Dries Mertens once rejected a big money move to China on the grounds that his parents would be disappointed with him if he had chased monies. This brings to us, knowing more about The Dries Mertens Family Background. Speaking about this, Dries explained how his parents’ ethics had made him resist the love for too much monies. 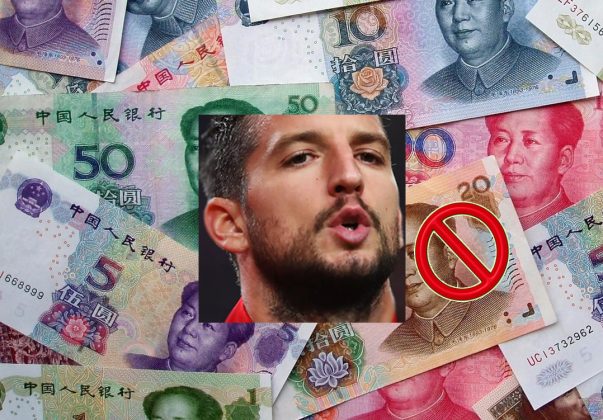 “I have so much respect for what my parents did for me as a child. They did not raise me talking about money – I would have disappointed them if I went to China.”

Without disclosing the exact amount on offer, Mertens admitted it was tough to turn down such a huge sum. He continued;

“We weighed the pros and cons, my wife has read testimonials from people who live there. Despite that, I decided to say no. I can tell you that it is difficult to refuse such an amount. My children and even my grandchildren would no longer have had to worry about their future if I had accepted the offer.”

However, Mertens – whilst admitting a good salary is important for his life – insists that he was raised in a way that made him appreciate the smaller things, with a move to China purely for money not on his mind at all.

FACT CHECK: Thanks for reading our Dries Mertens Childhood Story plus untold biography facts. At LifeBogger, we strive for accuracy and fairness. If you see something that doesn’t look right in this article, please place your comment or contact us!.