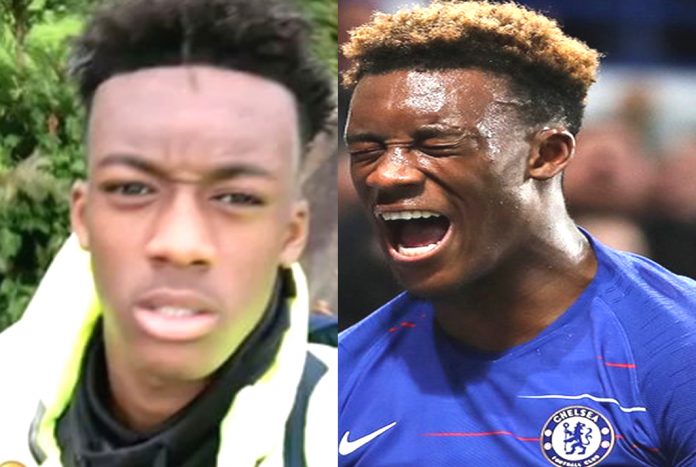 LB presents the Full Story of a Football Whiz Kid who is best known by the name “Callum“. Our Callum Hudson-Odoi Childhood Story plus Untold Biography Facts bring to you a full account of notable events from his childhood time to date. The analysis involves his early life, family background, life story before fame, rise to fame story, relationship life, family life, personal life and Untold facts.

Yes, everyone knows he is compared to Eden Hazard due to his explosive pace and trickery. However, only a few consider Callum Hudson-Odoi’s Biography which is quite interesting. Now without further ado, let’s Begin.

Starting off, his full name is Callum James Hudson-Odoi. Callum was born on the 7th of November 2000 to his parents Mr and Mrs Bismark Odoi in the London Borough of Wandsworth, United Kingdom. He was born as the second son of three boys to his lovely parents pictured below. 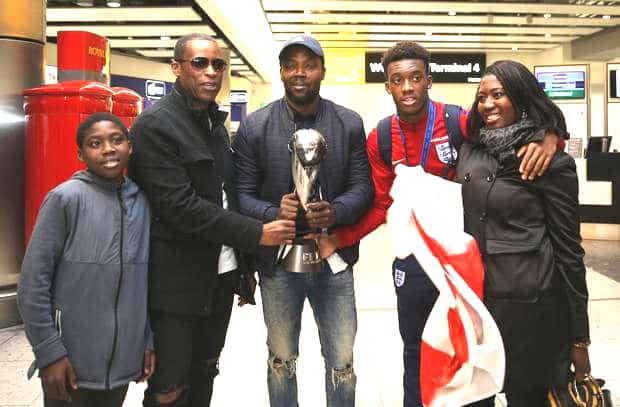 Callum Hudson-Odoi’s family has Ghanian roots and his birth in the UK came as a result of his parent’s decision to give birth to their second son in a foreign land. His surname “Odoi” is a name to approximately 23,278 persons in Ghana, West Africa (ForeBear Reports).

Hudson-Odoi grew up the big brother Bradley Hudson-Odoi who is 12 years his senior in the London Borough of Wandsworth. Also, his little brother whose name is unknown. 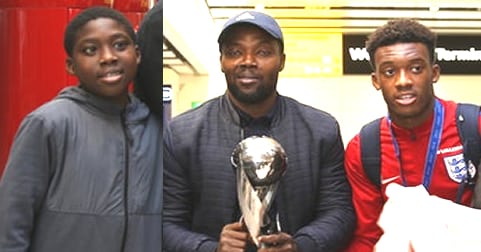 From our observation, it is unclear if Hudson-Odoi’s elder brother Bradley was given birth to by his mum considering that she is very young as observed in her photo above. However, Early on all brothers fell in love with playing football thanks to their father Bismark Odoi who provided the steely soccer foundation to his sons.

Bismark Odoi is a former Ghanaian midfielder who played for Hearts of Oak, a sporting club in Accra, Ghana. Callum’s determination to soccer surely paid dividends as it triggered a successful trial and youth career enrolment with the Blues of London.

Hudson-Odoi joined Chelsea youth academy in the year 2000 at the age of 7. Growing up to his teenage years, Hudson-Odoi did nothing other than mastering football tricks which he believed is one of the prerequisites of the modern-day winger. Watch a sample of his early skill below;

Mastering football tricks turned him into something strange on the pitch. Hudson-Odoi spent his formative years with Chelsea youth not just being an academy player, but a freestyler who had to do a lot of hard work and patience to get his moves right even at near-costly situations as observed below;

Did you know?… Continuous juggling of the ball led to Hudson-Odoi’s ball control skill and the subsequent speed of his legs which finally defined his style of play.

Speaking on inspirations on his leggy speeds, Hudson-Odio has once admitted in a recent Q&A that growing up, his idols are team-mates, Eden Hazard and Willian (DailyMail Report).

A Taste of Success- The Trophy Teen:

Even as he was over three months shy of turning 18, Hudson-Odoi was no stranger to collecting silverware. The speed of his legs later paid dividends as he played a pivotal role to Chelsea’s academy successes. Did you know?…  Hudson-Odoi played an excellent part in his team lifting two FA Youth Cups and the Under-18 Premier League title. 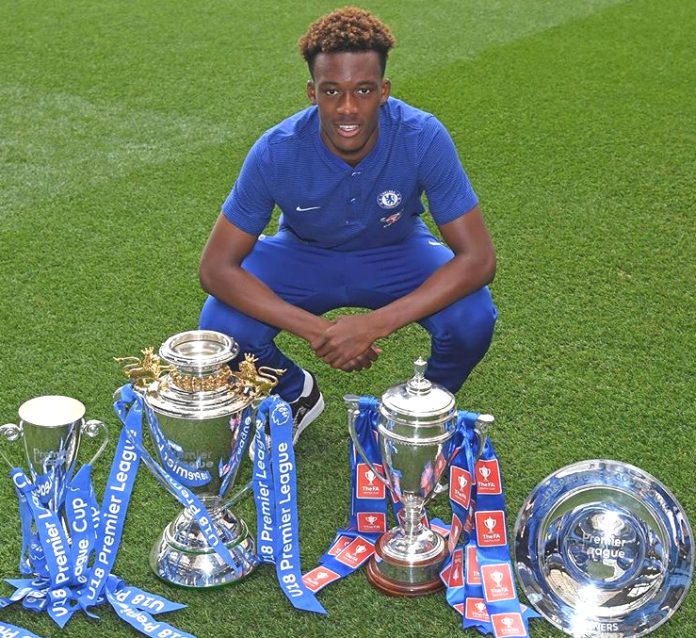 The Big Addition to Medal Collection:

Adding to his medal collection, Hudson-Odoi was also part of England’s Under-17 2017 World Cup squad that won the World Cup trophy. He laid two assists in the final of the tournament which saw England recovered from two goals down to hammer Spain 5-2.

Hudson-Odoi’s strong 2018/2019 pre-season performances came as a surprise not only to casual observers but mostly to his Chelsea senior teammates and newly appointed Maurizio Sarri. His performance during that period marked the turning point in his career.

Hudson-Odoi after his 2018/2019 preseason show saw himself beginning to have a close working relationship with Sarri who assured him on being on the Chelsea first-team in his forthcoming campaign. 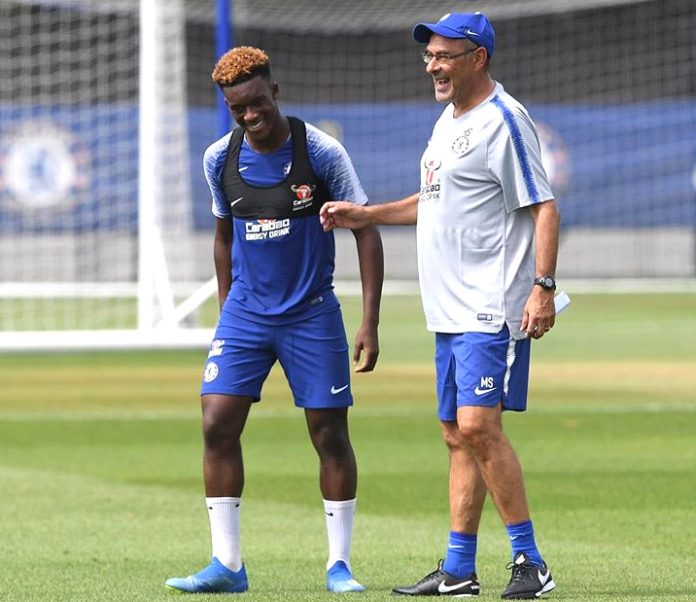 As soon as the promise for a 2018/2019 first-team inclusion began to be in doubt, scouts from Europe clubs such as Bayern Munich and Real Madrid capitalized on the opportunity as they began to sniff the player. This made Sarri buckle up with his promise. Towards the end of 2018, their relationship began to blossom again with Hudson-Odoi once again delivering for his boss. 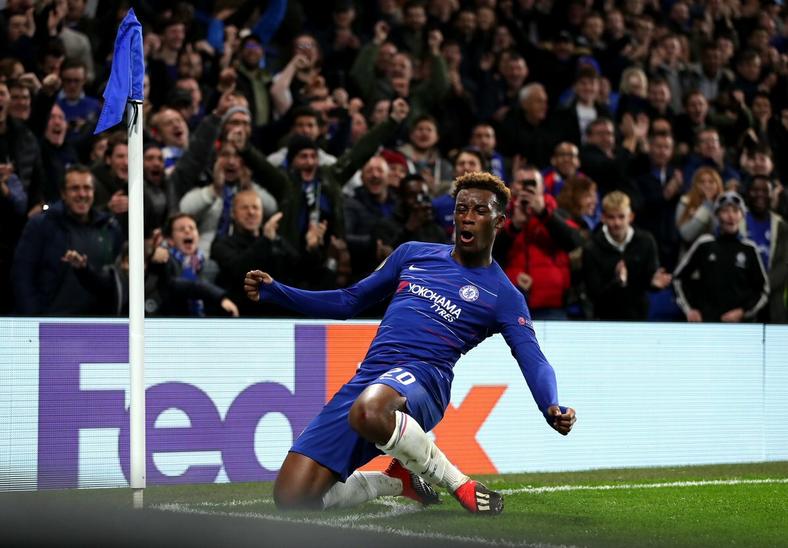 As at the time of writing, a new contract has been on the table for Hudson-Odoi. The rest, as they say, is history.

Although he might be young, but Callum Hudson-Odoi is someone whose romances escape the scrutiny of the public eye simply because his love life is very private or possibly does not exist at least for now. 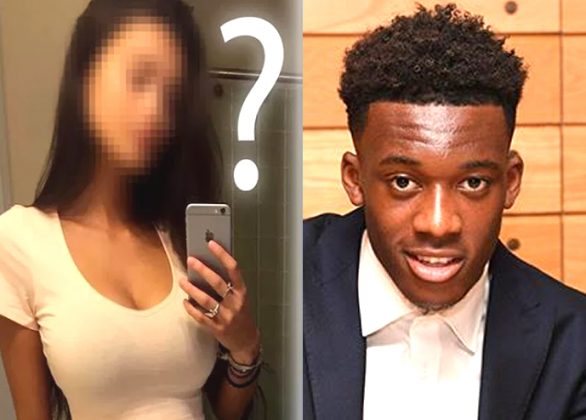 Getting to know Callum Hudson-Odoi’s personal life would help you get a complete picture of him. Sometimes just being a hero on the pitch is not enough for Hudson-Odoi as he has once tried donning the musician’s hat.

On a more personal note, Hudson-Odoi is someone who is Resourceful and brave. He is very determined and decisive and loves to keep pushing until he becomes the very best at in his career.

As at the time of writing, Hudson-Odoi is the latest in his Ghanian family to emerge onto the scene. Initially, it was all about his father and brother being top of the popularity rank. Currently, it is obvious that Hudson-Odoi is already becoming the most recognized member of his family.

About his Older Brother:

Bradley, unlike his little brother, had a frustrating career when he was Callum’s age. This was a time he strugged to stay in the premier league.

He was signed to the academy at Fulham but never made it to their first team at Craven Cottage. The striker gave up playing in the premier league and decided to settle around non-league football.

Michael Essien, the former Chelsea FC player and Ghana international who won two Premier League titles and the Champions League while at Stamford Bridge, is a big fan of Callum Hudson-Odoi. Essien once took to Instagram following Hudson-Odoi’s England’s Under-17 World Cup victory to wish him congratulations as he called him “Little Bro”.

This observation raised questions as to whether Michael Essien is related to Callum Hudson-Odio.

He Holds a European Record:

The dop British-Ghanian whiz kid broke a 9-year European record as he opened goal for Chelsea FC against PAOK in the 2018/2019 UEFA Europa League group stage. 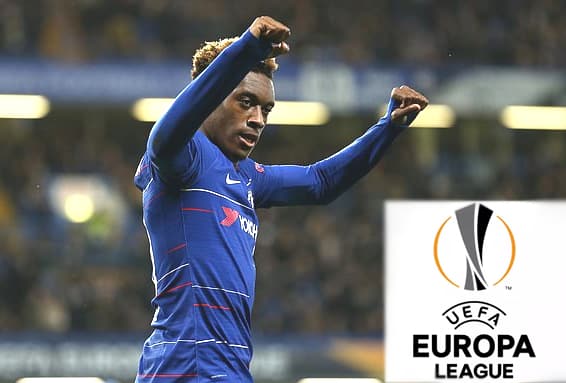 Callum Hudson-Odoi set the bridge ablaze by becoming the youngest teenager (18 years and 22 days old) to score in the competition.

Willian Once Offered to be his Agent: 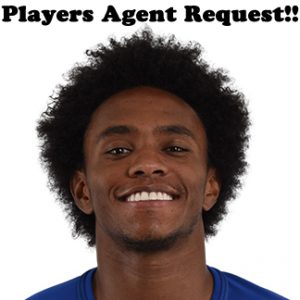 As Callum Hudson-Odoi’s stock continued to rise, his Chelsea team-mate Willian, decided to tap into an opportunity by requesting to be his agent (Daily Mail once Reported). The shocking decision came due to the Brazilian seeing a future in the lad becoming the best and most expensive player in the world someday.

FACT CHECK: Thanks for reading our Callum Hudson-Odoi Childhood Story plus Untold Biography Facts. At LifeBogger, we strive for accuracy and fairness. If you find something that doesn’t look right, please share with us by commenting below. We’ll always value and respect your ideas.