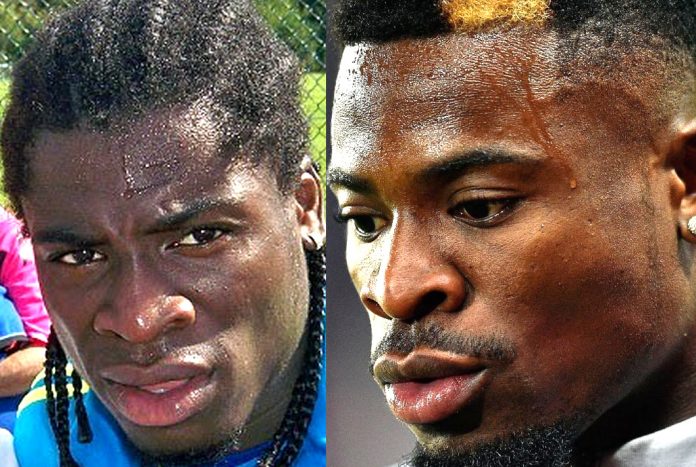 Lifebogger presents the Full Story of a Football Genius best known with the nickname “The Bison“.

Our Serge Aurier Childhood Story plus Untold Biography Facts brings to you a full account of notable events from his childhood time to date.

The analysis involves his life story before fame, family background and relationship life. More so, many other OFF-Pitch facts (little known) about him.

Yes, everyone knows about his stocky and muscular build. However, only a few consider Serge Aurier’s Biography, which is quite interesting. Now without further ado, let’s Begin.

For starters of his Biogarphy, Serge Aurier was born on the 24th day of December 1992. He was born to his parents, Mr and Mrs Leon Gbizie, in the Western region of the Ivory Coast, in a small town called Danane.

Serge was born as the second child of five children. He grew up in a football home thanks to his dad who was a former professional footballer.

Leon Gbizie, after retirement, became an administrative assistant in a local district Court in Ouragahio, Ivory Coast. Below is a photo of Leon and his son.

Serge Aurier spent the first nine years of his life living with his parents before their separation and divorce which marked the beginning of his troubled background.

In the year 1992, when Serge was 10 years old, a civil war broke out in his Ivory Coast homeland. At the request of his mother, little Serge had to relocate with her to France, leaving behind his father in Africa.

On his arrival in France, Serge’s mother found love again after the divorce from her husband. She met and married a bus driver named Michel Aurier who accepted to adopt her son.

It was at this time Serge got the surname “Aurier”.  Serge settled with his mum, stepdad and brother, Christopher in the neighbourhood of Sevran, located in the Paris suburb.

Like many other African immigrants, Sergi Aurier’s Family found themselves trapped in one of the poorest suburbs of the French capital.

The neighbourhood of Sevran was too often criticized for its crime news, its delinquency, violence and endemic unemployment. In fact, the commune was never praised for its solidarity. 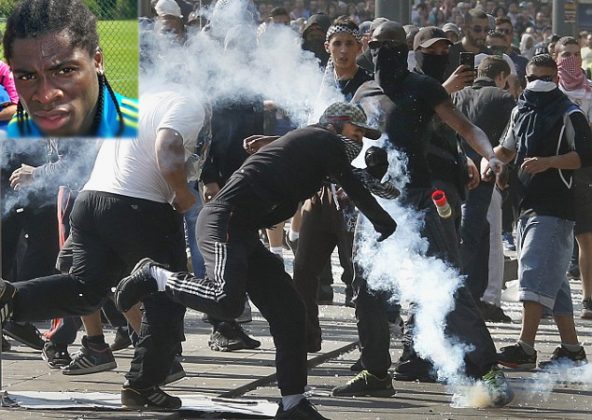 Did You Know?… Sevran, the French commune once became popular for a 6-day hunger strike witnessed by its heroic mayor Stephane Gatignon.

Stephane went on a successful hunger strike in a bid to urge the government to help fund measures to alleviate the crisis in the district. Below is a photo of the heroic mayor. 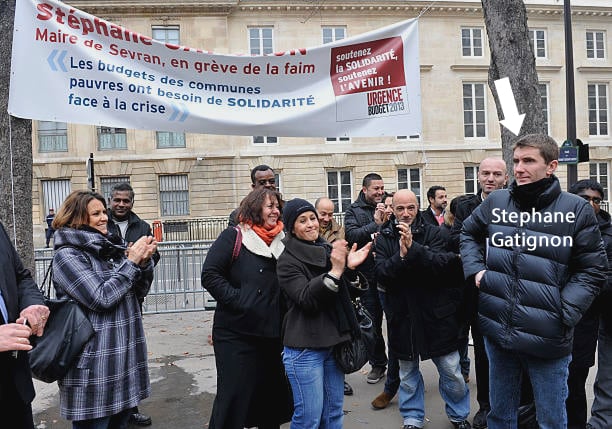 Aurier once admitted that during his early days, crime issues were more complicated. More so, his youth life in Sevran was not an innocent one. In his words;

“Sevran has calmed down. Before, it was more dangerous, much worse. It was something to be afraid of. There was trouble everywhere

Back then, I hung out with shady characters. it’s hard to avoid it when you live here. That strengthened my mind”

To date, Aurier has never managed to completely shake off the image of a short-tempered rascal nature that was formed in his youth amid the family upheaval and complicated social background.

Having grown up in a controversial town, emptiness ended for Serge when there was football on his feet.

Serge’s true passion for soccer got discovered by Mr Afid Djaadaoui (see below), who was responsible for open sports activities in Sevran. 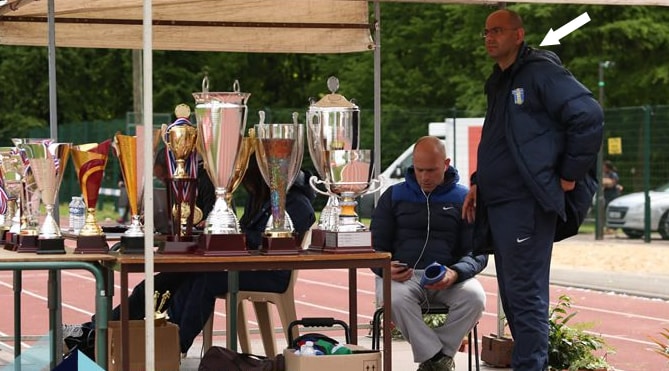 Afid was also the creator of “Prevention through sport”, a programme which allowed Aurier and his brother Christopher to join other kids to play competitive football. 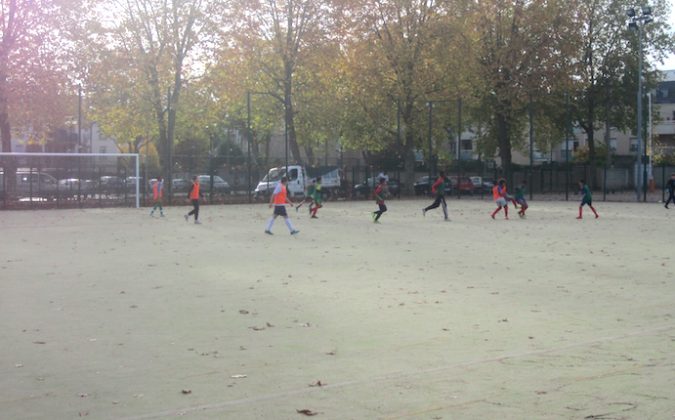 Despite going to school, Serge became part of neighbourhood tournaments held on Wednesdays and Saturdays.

Having seduced the spectators with his tackles, Serge at the beginning of August 2005 started getting offers for U13 trials. He had a successful trial at Villepinte football club. 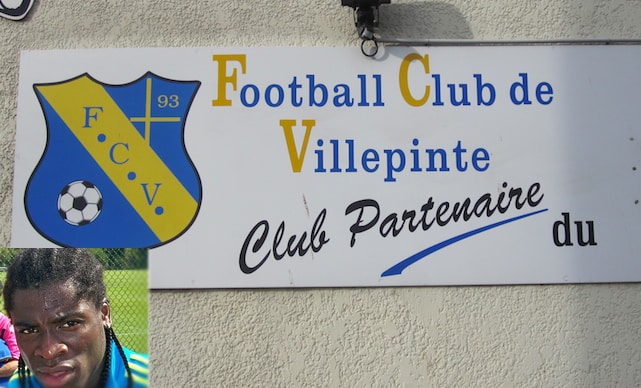 While playing for the youth club, Serge was seen as someone with great determination to make his professional dreams come true. Even while leading his team to victories, his career ambitions weren’t just a passing fancy. 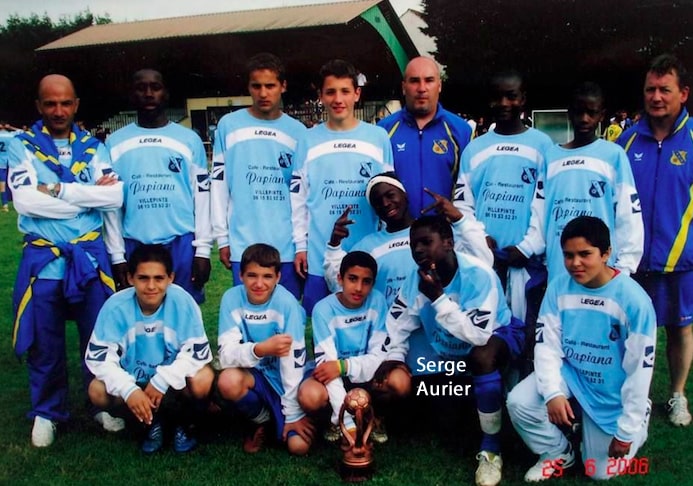 Growing up mature, Aurier began to get the nickname – Makelele and Essien because he played their role and had their physical and technical build. He was small yet stocky and muscular everywhere.

Aurier shone to such an extent that he rapidly left for Lens, where he and his brother, Christopher, got signed. Upon signing for the cub, both brothers had to leave their family and friends behind.

Aurier, who was at a very tender age, became Len’s Football club reserves’ captain. His first professional contract was signed at the age of 16 in 2009. Breaking into Len’s first team in the second year ignited interest from other French clubs.

In 2012, Aurier secured a move to Toulouse. He began playing as a defensive right-back and perfected his defensive skill at the club. 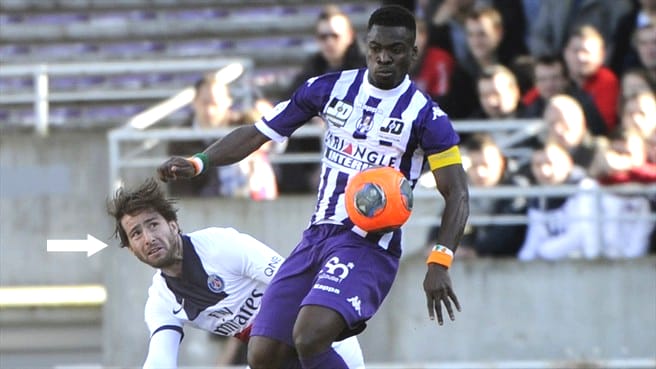 Being dangerous at set-pieces and a defensive fortress got the interest of PSG, who took him on loan before sealing a permanent deal.

All in all, Serge won 11 major trophies in the French League before deciding it was time to quit the league. 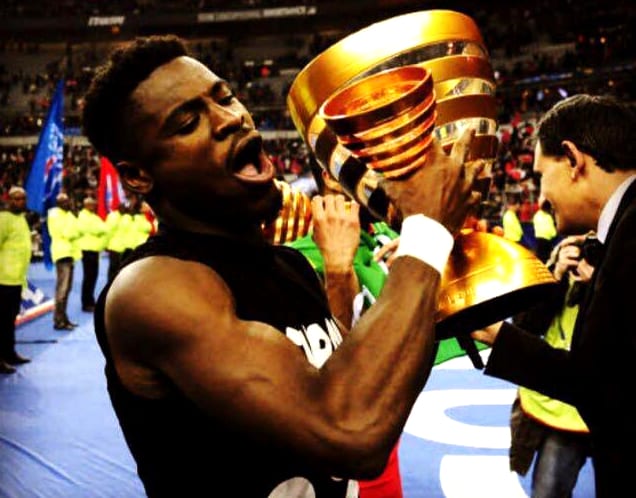 On 31 August 2017, Aurier signed for Premier League club Tottenham Hotspur for a fee in the region of £23 million. The rest, as they say, is now history.

While the pairing of a high-profile African footballer with their stunning models has become almost cliche in its regularity, it comes as a surprise that Serge still claims he is single.

At the time of writing, Serge was BAE-less and hid his private life from the public. 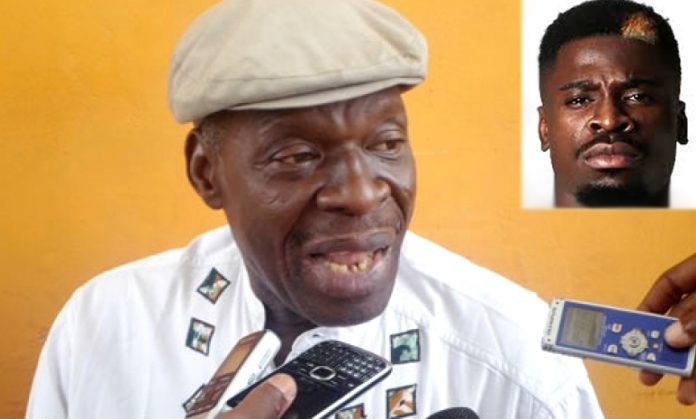 A public cry was once made by Leon Gbizie, the father of Serge Aurier, complaining that he had been abandoned and neglected totally by his son.

Gbizie claimed to have been neglected by his son for years (since his departure to France with his mum).

He told Ivorian press that he couldn’t figure out why he should be the Dad of a multi-billionaire son and yet live like a wretch.

According to Gbizie, his son refuses any physical contact with him and merely pays his medical expenses to cure a disease that has paralyzed him. In his words;

“I have not met my son in recent years. I always try to reach him when he is at camp with the national team. he avoids me and always replies to my message through one of his friends,”

“What hurts me the most is that my son does not even know what I’m suffering from. He just gives me money to get rid of me. He never called me, and that’s because- his mom put that  in the head“ 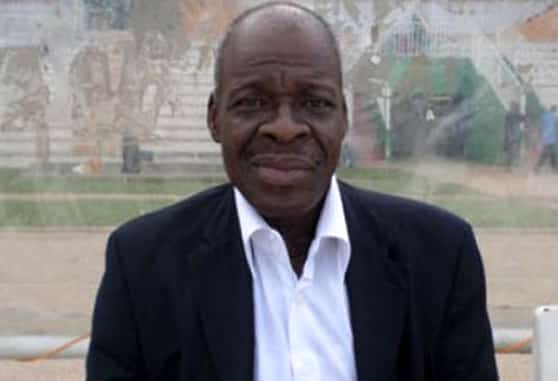 Seeing his son bearing another man’s name only brought pain to Gbizié Léon. However, one thing was certain.

He had hoped his public cry to the press would reach his son. Unlike Mario Balotelli, the situation sure did not finally affect the relations between the Aurier and his father.

The Day it Happened:

The great moment of reunion finally came between the two men.
Below is a photo of Aurier in 2015 meeting his father at the Sofitel Ivoire hotel after 14 years of not seeing each other.

Serge was once arrested and charged to court for harassing a police officer outside a nightclub in Paris.

He was found guilty, a penalty for a two-month sentence in Prison. Fortunately, Serge was granted liberty pending an appeal. 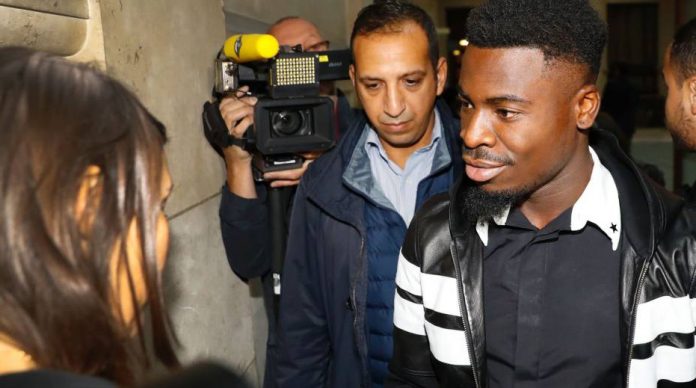 This arrest hindered his progress into participating in the UEFA Champions League match against Arsenal in 2016 as the Visa granted to him by the UK Authorities was withdrawn.

Did You Know?… Tottenham even had to unveil Aurier as their latest signing after he faced a courtroom fight to finally secure his UK visa.

The African footballer possesses an inner state of independence that enables him to make significant progress both in his personal and professional life.

He is someone who learns from mistakes, and his ability to get to the top is based solely on his experience and expertise. 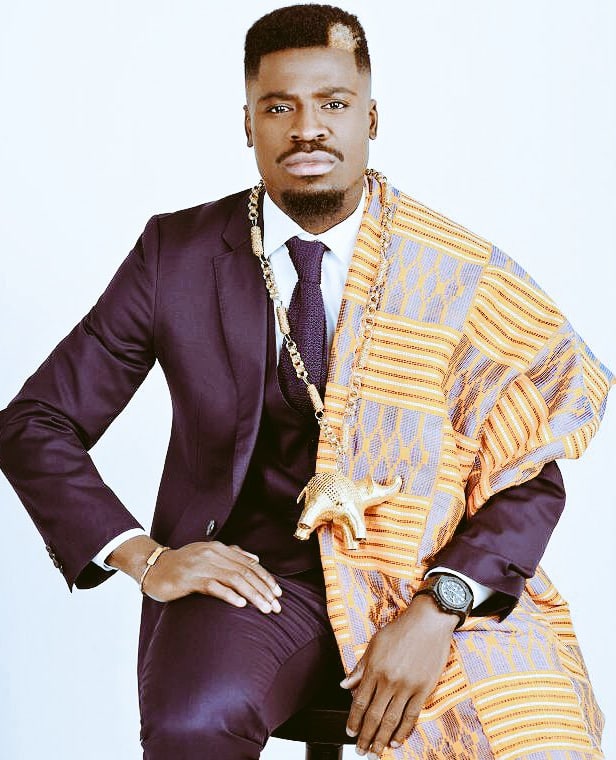 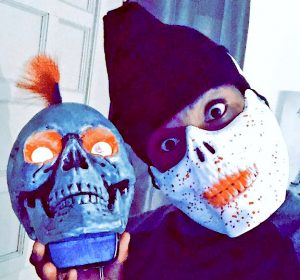 Aurier has was reported to have called Di Maria a “clown” and Laurent Blanc “a homophobic slur”. This act ignited a decision by the management of the PSG to suspend him.

Thanks for reading our Serge Aurier Childhood Story, plus untold biography facts.