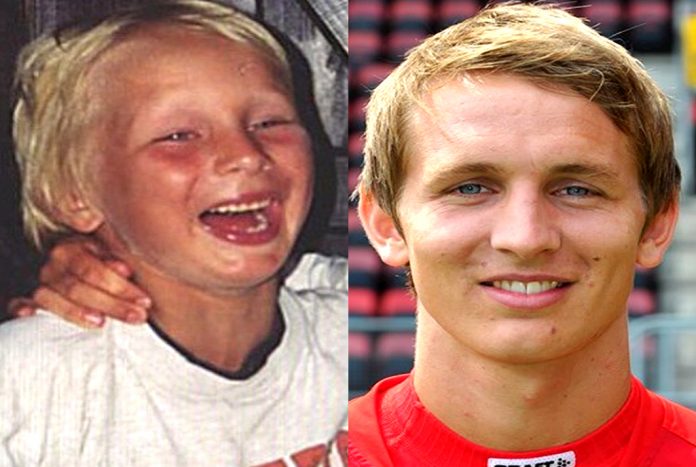 Lifebogger presents the Full Story of a Football Genius who is best known by the nickname “Luukinho“.

Our Luuk de Jong Childhood Story Plus Untold Biography Facts bring to you a full account of notable events from his childhood time to date.

Yes, everyone knows about his aerial abilities and nose for goal. However, only a few consider Luuk de Jong’s Biography, which is quite interesting. Now without further ado, let’s Begin.

Luuk de Jong was born on the 27th day of August 1990 in Aigle, Switzerland. Aigle is a historical town in Switzerland where the total number of industrial buildings are a close match to those that serve residential functions.

Nevertheless, the town has enough facilities that support the sporting tastes of its inhabitants, notable among which were the couples to whom Luuk was born to.

Growing up in the alpine town of Aigle, Luuk had the loving companionship of his older brother Siem (both pictured with their mother below).

The brothers who could be mistaken for twins preferred playing football to their parents’ choice of career sports, volleyball.

It was only a matter of time before the siblings began their journey to becoming professionals after the family relocated to Holland.

Young Luuk was only 4 years old when his family arrived in Holland.

Upon arrival, he was enrolled alongside his brother in a local club DZC ‘68 where they spent months before starting their youth career at De Graafschap in 2001.

It was at De Graafschap that Luuk spent 8 years at the club’s youth academy before they promoted him to the first team where he made his professional debut during De Graafschap’s Eredivisie game against Nac Brenda in 2008.

Subsequent games of Luuk’s debut season saw him record a great start to his professional career in the club by scoring two goals in 14 appearances, not to mention his numerous assists.

The impressive performance which Luuk put up in his debut season secured him a move to FC Twente in 2009.

While at FC Twente, Luuks’s career went nowhere but up as he scored twice to help his side win a cup match against Capelle. 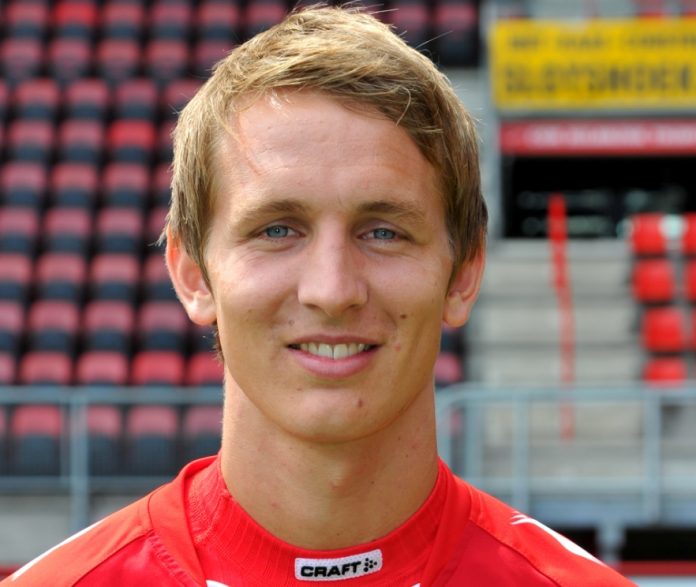 He improved and maintained his top form in subsequent tournaments such as Europa, Eredivisie and champions league, scoring against big teams like Benfica, Ajax, Utrecht, FC Groningen and Schalke 04 to amass laurels for his club.

Resultantly, by the end of his spell at FC Twente, Luuk had a total of 39 goals in 79 appearances. As I update this Bio, he plays for FC Barca alongside Frenkie de Jong. 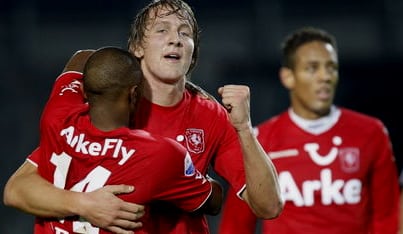 The Dutch footballer has been romantically involved with just two girlfriends in the course of his career so far.

First was his relationship with a celebrity girlfriend known as Maxime Dassen. The duo started dating at a time when Luuk was with the Bundesliga Club, Borrusia Mönchengladbach.

However, their relationship only lasted for 18 months before they broke up for private reasons.

Moving on, Luuk began dating his current girlfriend, Lizanne Van Zutven. Although the lovebirds met as friends in 2015, it was only months later (in April 2016) that they connected on a romantic level.

Fast forward to date, Luuk is still happy with Lizanne, who works as a physiotherapist.

It is hoped that they will soon take their relationship to the next level. 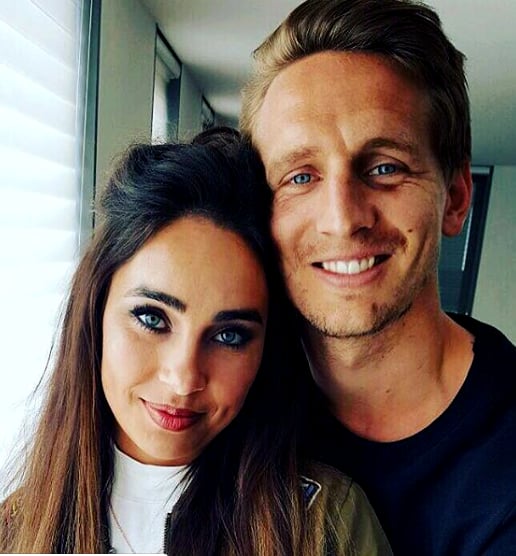 Luuk was born into a sports-loving family of 4. We bring you factual details about members of his family.

Luuk’s father, George de Jong, was born in 1953. The proud father of two sons is a former Dutch volleyball international who played for Lycurgus before proceeding to Switzerland in 1982.

She is the cement that holds the family together by being a supportive mother to her sons and a good wife to her husband.

Luuk’s brother, Siem is one year and seven months older than Luuk.

Siem who was enrolled in the same youth team (De Graafschap) as Luuk, made his professional debut with Ajax in 2005 and can be much considered to be a successful footballer too. 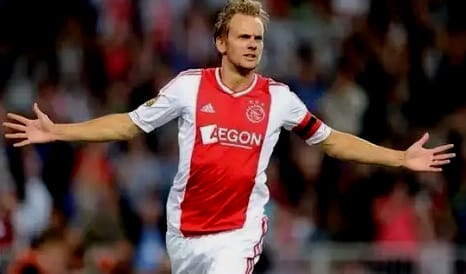 The siblings who play for different clubs never miss an opportunity to connect whenever they meet as opponents on the field of play. 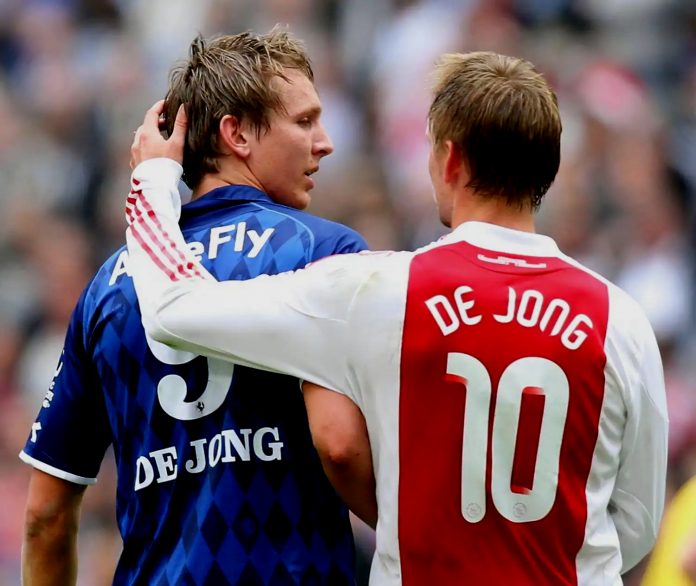 Luuk is a strong-willed player who would stop at nothing to reclaim his lost glory.

This is evident in his impressive comeback at his current club PSV Eindhoven, after recording a poor outing at Borussia Monchengladbach as well as being labelled “a flop” at  Newcastle.

On the brighter side of life, Luuk takes out time to relax after games by hanging out with friends. He also loves sightseeing and is known to visit natural bodies whenever he feels the need to be alone with nature. 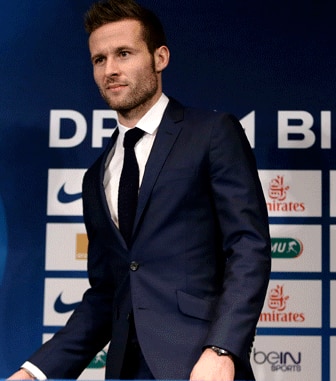 Regarding his on and off pitch relations, Luuk has not been known to be involved in scandals and controversies.

He carries everyone along and has made appearances as captain of PSV Eindhoven. Away from soccer, Luuk has interests in American Football and keeps up with NFL Super Bowl.

When Luuk is not hanging out with friends or sightseeing, he engages in mentally stimulating activities like playing video games.

Luuk loves video games and has a collection of gaming hardware, including the complete set of a PS4 box. 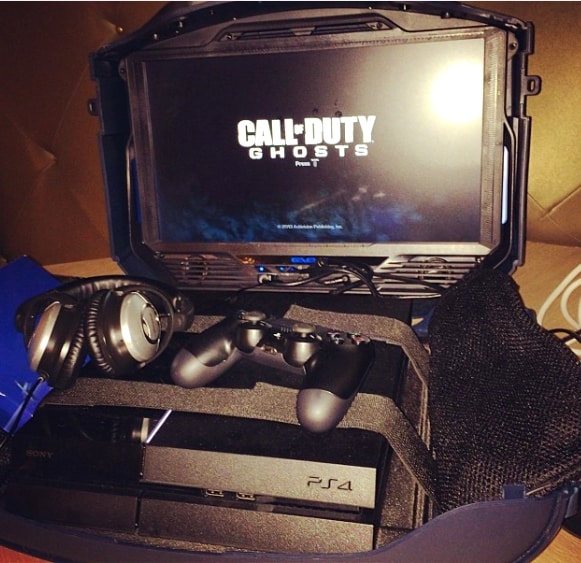 The Dutch international has been gaming since the days of Super Mario. This is a game he still plays. He was once gifted a golden Joystick by PlayStation. 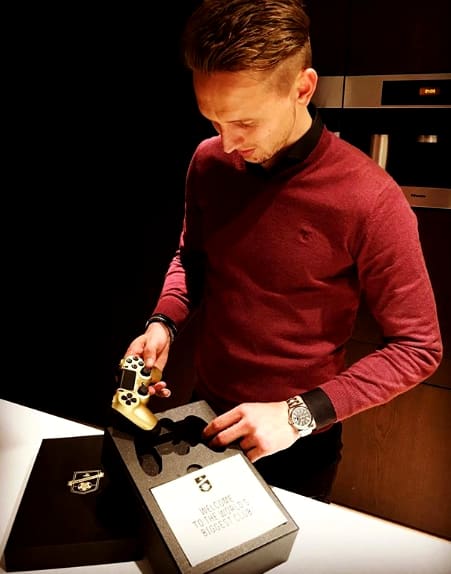 Suffice to say, playing video games helps. It helps to add Eye-hand coordination to the impressive footwork which Luuk has developed as a soccer player.

Although Luuk is yet to open a fashion line. He never ceases to show his appreciation for an organized dressing room filled with fashionable materials. 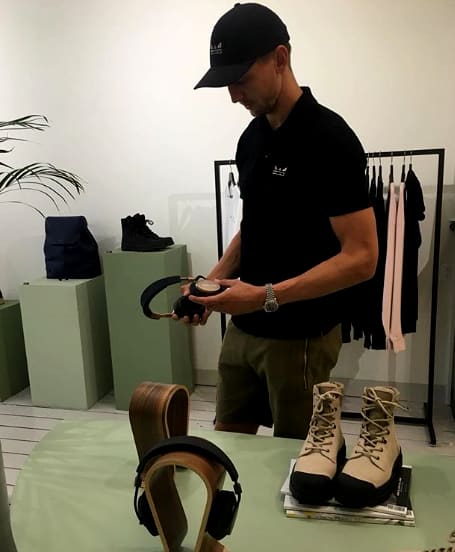 On a corporate level, Luuk loves and promotes Adidas products. On the other hand, the design company reward him with gifts for his patronage.

Thanks for reading our Luuk de Jong Biography Facts. A man who lifts ravaged Barcelona at the time of their financial distress.

At LifeBogger, we strive for accuracy and fairness in our quest to deliver you European Soccer Stories. Kindly stay tuned for more! The Life History of Noa Lang and Randal Kolo Muani will excite you.