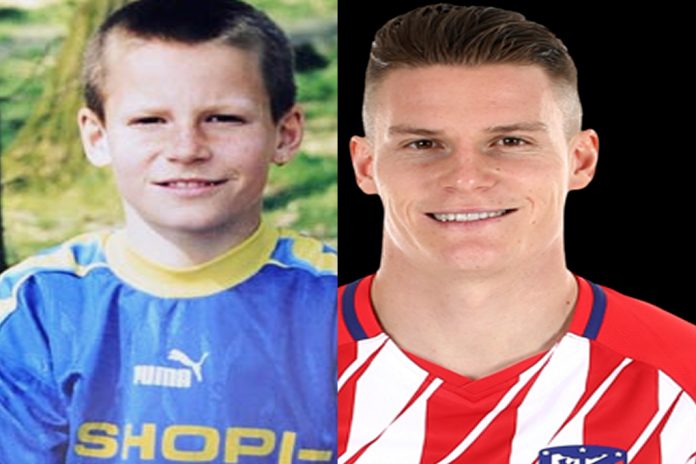 LifeBogger presents the Full Story of a Clinical Finisher who is best known by the Nickname; “Kev”.

Our Kevin Gameiro Childhood Story plus Untold Biography Facts brings to you a full account of notable events from his childhood time to date.

Yes, everyone knows about his fine finishing abilities, but few consider our version of Kevin Gameiro’s Life story, which is quite interesting. Now, without further ado, let’s Begin.

For Biography starters, Kevin Gameiro was born on the 9th day of May 1987 in Senlis, a commune in Oise, 35 kilometres (22 mi) north of Paris, France. He was born to Mr and Mrs Dominique Gameiro, his parents.

His parents are originally from Portugal. He began his football career playing for ES Marly-la-Ville not far from his French hometown at the age of six.

Prior to turning 13 as pictured below, he opted to remain in the region by switching different youth clubs. As a 13-year-old, Kevin was already living, eating and sleeping football.

While excelling at a young age, Gameiro was spotted by former RC Strasbourg player and scout Jacky Duguépéroux who recommended the player join his former club.

In 2004, Gameiro completed his move to the Alsatian club joining as a youth player.

This was where maturity, as pictured below, came in. More so, he learnt his clinical finishing ability in this club.

After a successful stint in Lorient from 2008 to 2011, Kevin became known as a world-class player.

On June 10, 2011, Kevin agreed with the term presented by Paris Saint-Germain and signed a four-year deal at the price of 11 million euros plus an option for bonuses. His days in the club were numbered after the 2011 takeover by Qatar owners.

After observing competitions from On July 25, 2013, Kevin reached an agreement with the Spanish club Sevilla FC and signed a five-year contract worth 10 million euros. The rest, as they say, is now history.

Love at first sight only happens in 11% of cases and it’s more common in men than women. The truth is, Kevin fell in love with Lina at first sight.

Together, they have two sons, Aaron and Ayden. Kevin wedded Lina after they had given birth to their two kids. It was a secret wedding which was enjoyed most by members of his immediate family.

Kevin Gameiro and his first son, Aaron, are very close pals. Aaron Gameiro hopes to follow in his father’s footsteps to become a footballer.

Gameiro has the following attribute to his personality. 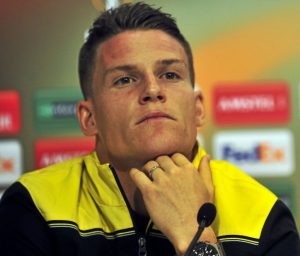 Strengths: Kevin is reliable both in his career and in Relationships. He is also patient, practical, devoted and finally, very responsible.

Weaknesses: Kevin could be stubborn, possessive and uncompromising.

What Kevin Gameiro Likes: He loves to hide his personality in public, loves gardening, cooking, music and romance.

What Kevin dislikes: Sudden negative changes in lifestyle by people he loves, relationship and career complications and insecurity of any kind.

In summary, Kevin is very practical and well-grounded. He is someone who would constantly want to harvest the fruits of his labour.

Kevin Gameiro is a strong fan of the Audi R8 which costs about 135,000 Euros. He considers it as a “legendary race car to own”. 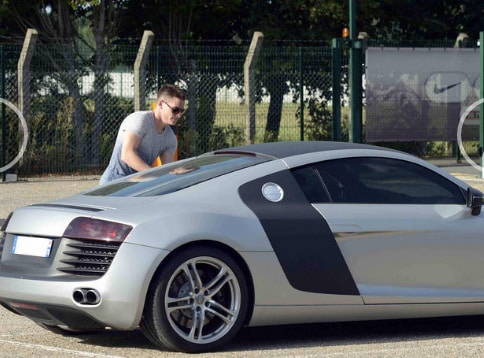 Kevin Gameiro comes from a middle-class family background before football finally paid off. He has a Portuguese heritage through his paternal grandfather. He comes from a family with traits of relatively light frames.

Portuguese immigration for Kevin Gameiro’s granddad took place mainly during the 1960s and 1970s, to escape dictatorship and conscription, and to find better living conditions. Most began working in construction.

This section of Gameiro’s Bio tells you more facts about him. So without further ado, let’s begin. 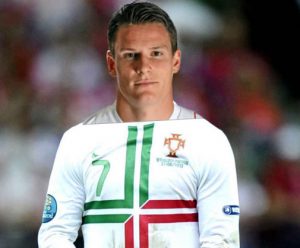 Gameiro was eligible to represent Portugal at the senior international level. In 2009, then-manager Carlos Queiroz declared that Gameiro was “an interesting player” and that he “would love to talk to him” regarding representing Portugal.

However, Gameiro downplayed the talk, stating that he “didn’t really have any links to the country” and that he preferred to represent France.

(2) Why he Choose Atletico Madrid:

In his words…“Atletico Madrid offers the very best of togetherness. Also, for many seasons, the team has maintained their reputation.

Before I came, I was told that it’s like a big family. There was a possibility to join Barcelona, but in my mind, it is very clear that I want to join Atletico when Atletico contact me. Am proud I joined because as I am feeling more connected to their fans” 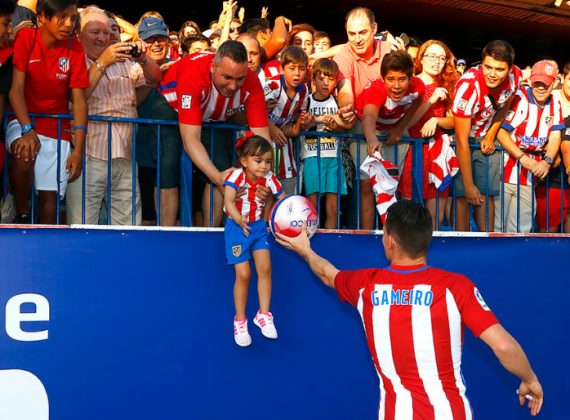 Gameiro also revealed that he could have earned more money by leaving Spain, but had no plans to do so.

He continued: “My agents made me aware of more attractive offers on a financial level but I wanted to stay in Spain. I feel very good here. My family does too and La Liga is one of the best leagues.

Kevin Gameiro is someone who surely doesn’t like being substituted especially when he plays well in a match.

In 2017, Kevin confessed his anger at the post-match UCL conference after being substituted in the 71st minute in his side’s 4-2 Champions League victory over Bayer Leverkusen.

The French striker, who set up a first-half goal for Antoine Griezmann before netting a 58th-minute penalty, told  Marca after the game:

“yes, I was angry because you want to play the whole match when you’re playing well. I was a little bit angry, but the most important thing is the team’s victory. This is football, where the coach [Diego Simeone] decides and that’s that”.