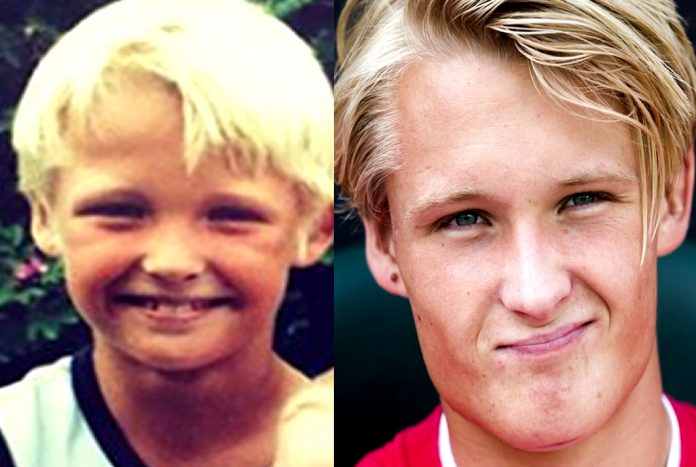 LifeBogger presents the Full Story of a Football Genius, who is best known by the nickname “Dolls“.

Our Kasper Dolberg Childhood Story plus Untold Biography Facts bring to you a full account of notable events from his childhood time to date.

Yes, everyone knows of his link-up play and powerful right-footed shots. However, only a few consider Kasper Dolberg’s Biography, which is quite interesting. Now without further ado, let’s Begin.

Kasper Dolberg Rasmussen was born on the 6th day of October 1997 in Silkeborg, Denmark. He was the second child born to his mother Kirsten Dolberg and to his father Flemming Rasmussen. 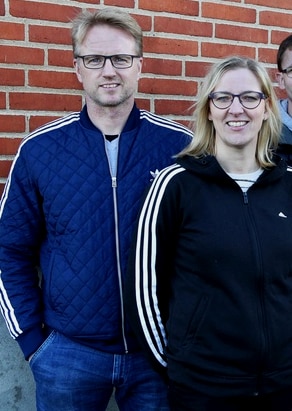 Young Dolberg grew up with his sports-loving parents who played handball as well as sisters, – Kristina and Freja – in Silkeborg. He was particularly close to his elder sister Kristina whom he started playing football with when he was only aged 3. 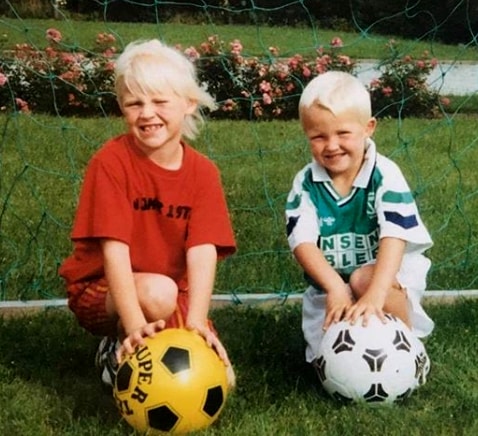 Years later, the family welcomed another member in the person of Dolberg’s younger sister Freja. So great was the siblings’ delight especially Dolberg who never missed an opportunity of smiling ear to ear in their childhood photos. 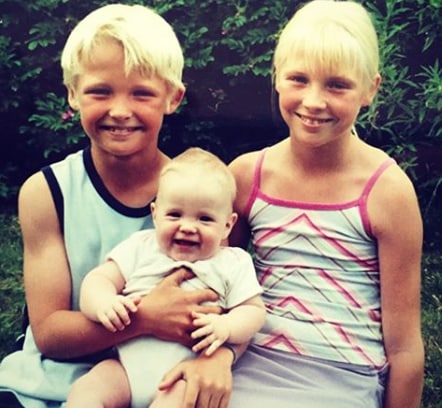 Before attaining the age of 8 years, Dolberg was a passionate sporting kid who dreamt of playing football as a professional. He kept his dream alive by having his room decorated with wallpapers depicting the sport.

Asides from football, the then young fan of Barcelona FC had interests in gymnastics and handball which he quit playing when he was aged 12 in order to direct focus on football. 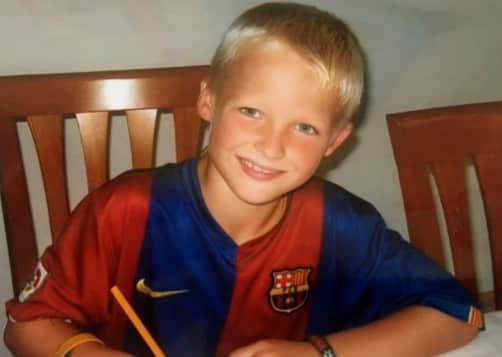 Dolberg Kick started his football career at GFG Voel Academy in 2005 when he was aged 8. It was at the academy that he spent 5 years before joining the youth systems of Silkeborg IF in late 2010.

While at Silkeborg IF Dolberg was known to be a shy kid who worked on finding his footing at the start of something great. According to his then coach Jacob Tind;

“Kasper did not stand out in terms of football when he was about 12 years old. But he was very dynamic and fast. He could jump and run great”. 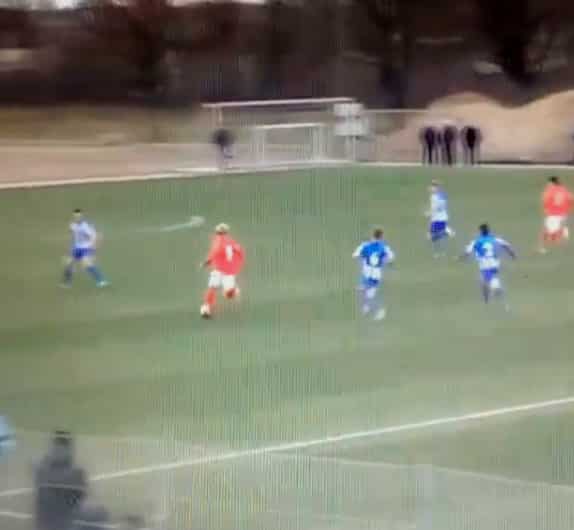 After spending 5 years developing himself at the youth side, Dolberg made his professional debut with the senior team of Silkeborg during a Danish Superliga game against Brøndby IF on the 17th of May 2015. 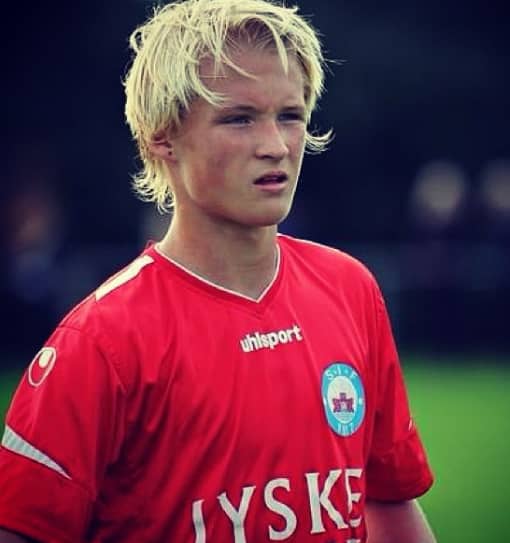 It would be interesting to note that before Dolberg made his debut with Silkeborg IF, Dutch club, Ajax had on the 5th of January 2015 announced that they would be signing him.

The announcement came months after Kasper caught the interests of Danish scout, John Steen Olsen who is known to have discovered players such as Zlatan Ibrahimović, Viktor Fischer, and Christian Erikson.

Dolberg signed a three-year contract with Ajax valid until 2018. Within the duration, he established himself as a talented new kid in the block with his goal-scoring prowess. 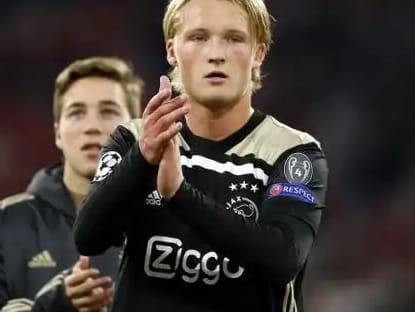 His first goal for Ajax came through at a European competition during his side’s 1–1 Champions League qualification match against PAOK.

Months later, he scored a first-half hat-trick in an Eredivisie match against NEC, a feat which made him the youngest non-Dutch player ever to score a hattrick for Ajax. 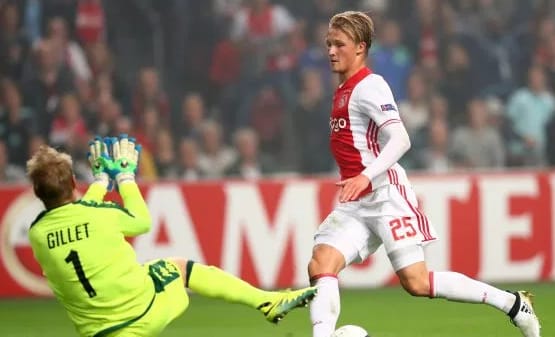 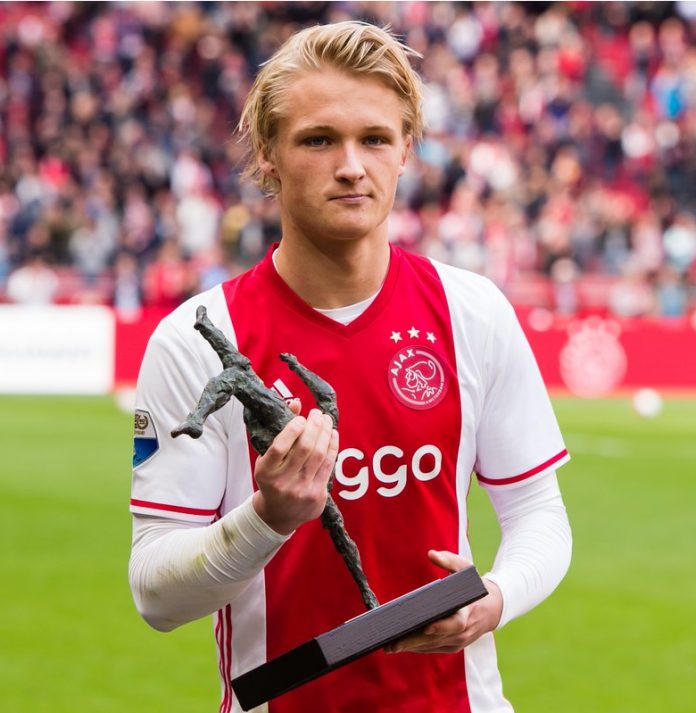 Dolberg’s relationship life is at the time of this post, still in its early stages like his professional life.

The lanky football genius began dating Instagram star Cecilie Hornbaek a few years ago on the 18th of November 2016. 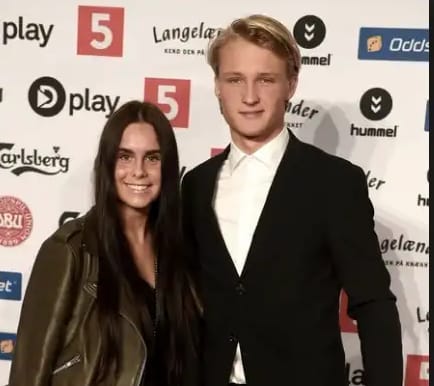 Fast forward to date, the duo still has reasons to stick with each other, exhibiting chemistry that proves that their relationship is a long-lasting one. 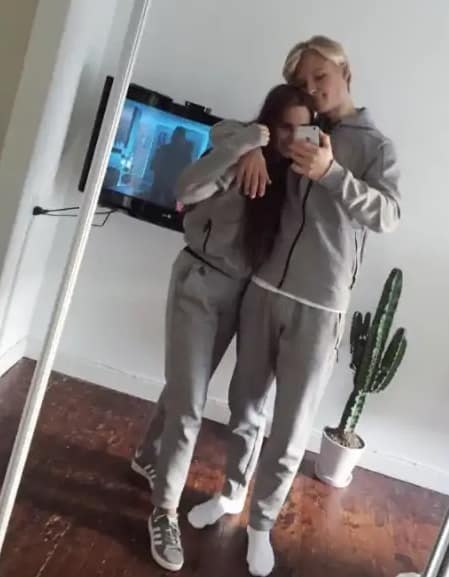 Cecilie seems to be the only woman in Dolberg’s life, as there are no records of his past relationships. 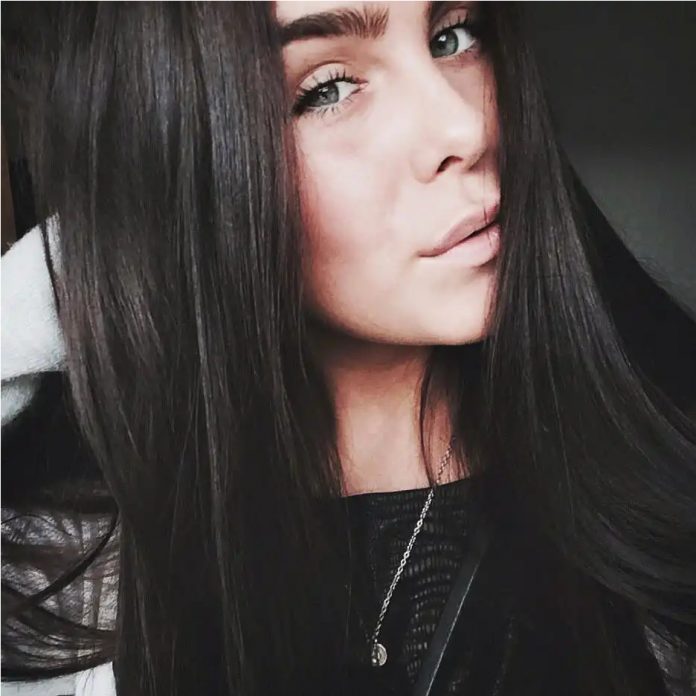 Comparisons have been pouring in for Dolberg ever since he was aged 19 in 2016, a development which attests that the youngster is set to achieve heights reached by those he had been compared with.

First among many is his comparison with Ajax’s former star,  Zlatan Ibrahimovic. Both players were discovered by John Steen Olsen, Ajax’s revered scout in Scandinavia.

Like Zlatan, Dolberg has already made waves in Ajax. And there’s no denying the fact that he would achieve more upon leaving the club like Zlatan.

Dolberg has also been likened to Dennis Bergkamp who once played for Ajax between the year 1981-1993, Dolberg’s comparison with the retired footballer is for no reason other than his ability to pull off great finishes.

A study of the years since Bergkamp left Ajax reveals that Dolberg is indeed the great relief which Ajax had long sought for.

Dolberg is a conserved and effective player whose introverted demeanour has been misconstrued to be a sign of arrogance.

However, being drawn inward is a trait. One that has been exhibited by the youngster right from his early years with Silkeborg IF.

“Dolberg does not shy away from hiding.

sometimes we see images of how the team walk in the city.

with Kasper always at the back, or somewhere in the middle”

More so, the football genius once took out time to correct the wrong notions about his personality. He did that in the following manner:

Many people automatically think…  that young footballers who go abroad and earn a lot of money are becoming arrogant.

But I’m not. I actually think of myself as a sweet guy”

On the positive side, Kasper is a cooperative and diplomatic player. A Baller who is great with teamwork as evident in his good link-up plays. On the flip side, Kasper could be a bit aggressive and indecisive.

FACT CHECK: Thanks for reading our Kasper Dolberg Childhood Story plus Untold Biography Facts. At LifeBogger, we strive for accuracy and fairness.