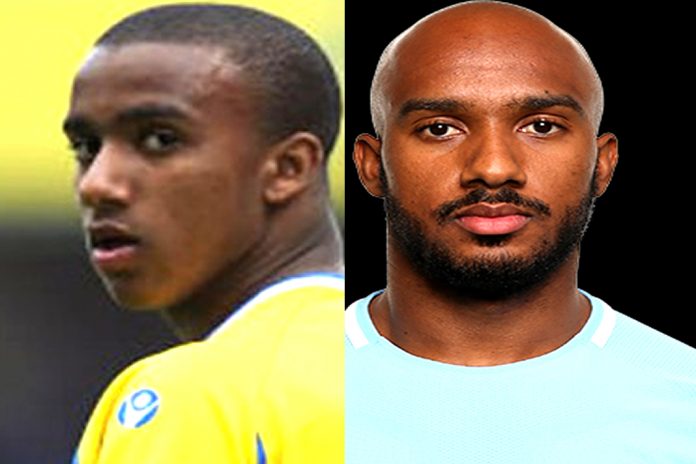 Lifebogger presents the Full Story of the Football Genius, who is best known by the name; “Fabs“.

Our Fabian Delph Childhood Story plus Untold Biography Facts brings to you a full account of notable events from his childhood time to date.

Our Fabian Delph Childhood Story is interesting, if not uncommon – it’s a story of a humble boy who came from a difficult family background.

Despite being deserted by his father, Delph became blessed with extraordinary football talent. Now without further ado, let’s Begin.

The English footballer was born on the 21st day of November 1989 to his mother, Donna Delph and a relatively unknown father in Bradford, United Kingdom. Fabian Delph’s parents had a split when he was a kid.

As he once told the press, Poor Fabian was abandoned by his father when he was a kid. 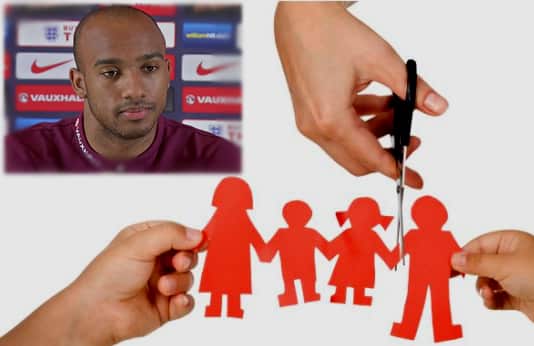 Early on in his childhood life, Fabian’s dad was alleged to have walked out when he was too young to remember. This made Fabian, his mum and siblings move into a deprived estate on the outskirts of Bradford city.

The Effect of Delph’s Parental Breakup: Any person who has lived through a parental break-up will know only too well the deep emotional pain it can cause.

This, without a doubt, had damaging psychological consequences to Fabian and his siblings. The effect was clearly evident in the buildup to his career.

Fabian’s mother, Donna Delph, was the one who helped his son discover his career early on. For Fabian, emptiness ended when there was always a football at his foot. 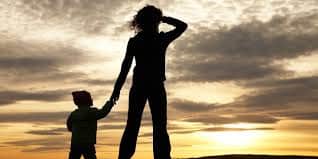 Fabian’s mum Donna deserves a lot of credit as she brought him up and made sure he kept out of negative societal influences.

At that time, Fabian Delph’s Family lived in a tough part of Bradford where people can go astray with the bad influences they get.

Growing up, Fabian possessed a steely determination to make his football dreams come true and his ambitions to become a professional footballer wasn’t just a passing fancy.

As a young boy, one of Fabian’s biggest dreams was to buy his mum a house when he becomes rich. 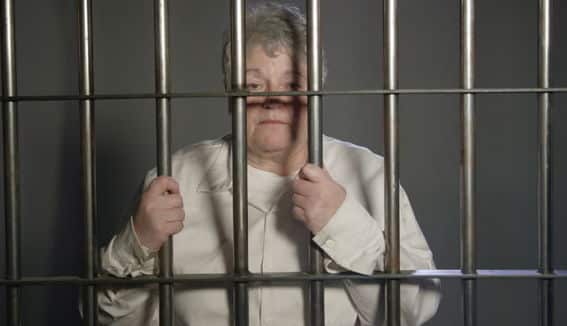 Fabian Delph’s mother was poor and could not afford academy and upkeep monies for her son and family. She was a cleaner who earned pennies (£278 a fortnight) which couldn’t go anywhere.

Unfortunately, Donna Delph became so desperate about his son’s success and had to commit fraud in her workplace. She pocketed £45,052 thinking it was a risk worth taking. Sadly, it backfired and Donna was caught.

The mum-of-three was given a 12-month suspended prison sentence. It is pertinent to know that when single mum Donna committed her fraud, she was already on probation for similar offences. She ended up at Bradford Crown Court in June 2007.

After her release, Donna went back to working as a cleaner. Later on, Fabian Delph’s career determination finally led to success.

The Fabian Delph Family background took a new turn as football began to pay off. Fabian finally repaid his mum’s faith by buying her a house, thereby fulfilling his childhood dream.

Without a doubt, Football is a golden tree, a place where Fabian Delph found solace away from the troubled reality of his parent’s breakup. He also found solace the moment he met the love of his life, Natalie in 2013. 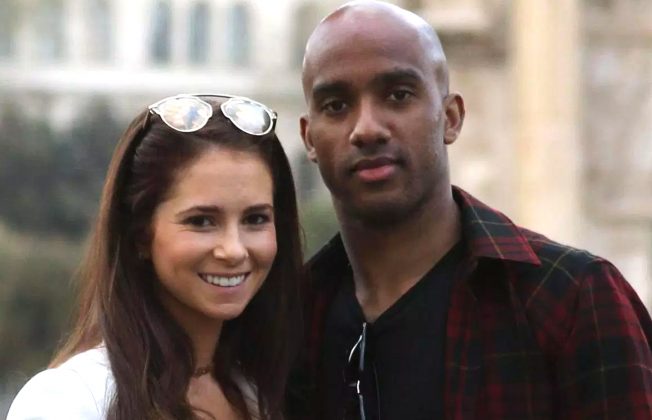 Natalie was born on March 31, 1990 (a year younger than Fabian), in Manchester City, England. She is a successful businesswoman, an entrepreneur and a brilliant investor.

Their relationship grew from best friend status to true love which resulted in marriage. It’s important to let you know that both lovers agreed to get married in a private ceremony the same year they met.

Fabian is today a successful married man. Two years after their marriage, the couple welcomed their first child, a boy. Fabian is known by fans as a caring father. 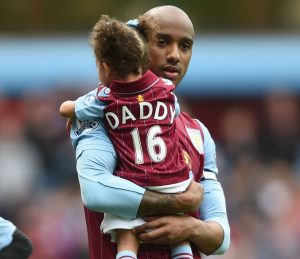 After the birth of their son followed by the birth of his daughter, Aleya, in 2015. Natalie gave birth to her third child on the 30th of June, 2018, two days after England’s 2018 world cup final group game against Belgium in Kaliningrad.

This made Fabian fly back to England from Russia during the World Cup to witness the birth of his child. He moved back to Russia after the successful delivery. 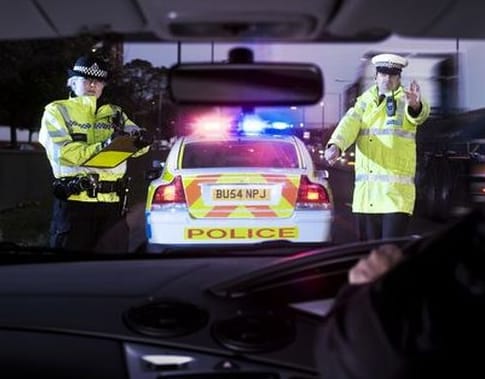 He was charged for drunk driving in Rothwell, Leeds, while he drove recklessly to his home with his four friends. Delph felt remorseful for his crime.

He pleaded guilty at Leeds Magistrates’ Court to the charge of driving over his speed limit. He was finally fined £1,400 and further disqualified from driving for 18 months.

Fabian Delph’s origin is Guyanese. This is similar to that of Ruben Loftus-Cheek.

In essence, Fabian Delph is a wonderful father who knows the techniques in making his children happy. Below is a photo of the proud dad with his daughter Aleya. 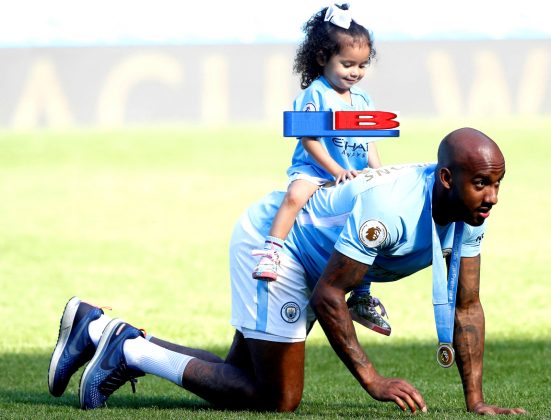 Delph started his career in football as a youngster at Bradford City. Delph left City in September 2001 to join Leeds United after he was recommended to their academy coach who was a great influence as regards assisting the Delph family.

Growing up, Fabian went to Tong Secondary School, which he left in 2006.

A year later, there was a huge financial crisis on the Delph family as regards finances to further his studies and part-time football career at Leeds United academy.

This was a time his single mother ran into the temptation of fraud.

Lucy Delph, however, went to Leeds United Academy on scholarship. He multitasked between playing football and studying thanks to his Leeds scholarship.

At the age of 16 Delph completed his studies at the partner school to Leeds, Boston Spa School.

After rising above his youth academy ranks, Delph was awarded his first professional contract on 11 January 2008. By March 2009, his performances during the 2008–09 season earned Delph a nomination for the League One player of the year.

This feat led Aston Villa to seek his services. 6 years later, he found himself playing for Manchester City. The Rest, as they say, is now history.

FACT CHECK: Thanks for reading our Fabian Delph Childhood Story plus untold biography facts. At LifeBogger, we strive for accuracy and fairness. If you see something that doesn’t look right in this article, please place your comment or contact us!.