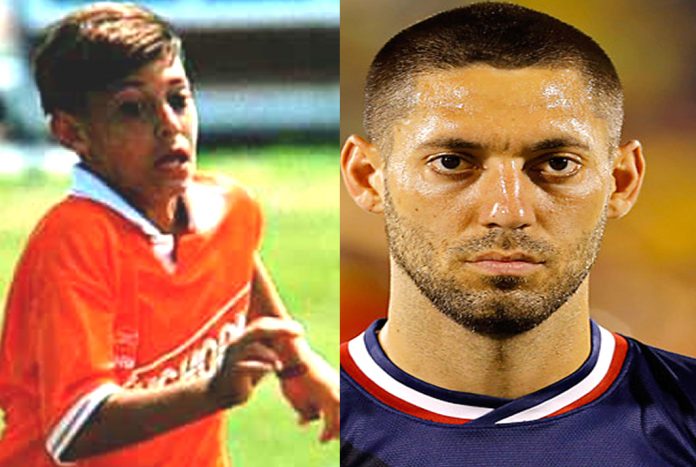 LB presents the Full Story of a retired Football Genius who is best known by the nickname “Deuce“. Our Clint Dempsey Childhood Story plus Untold Biography Facts bring to you a full account of notable events from his childhood time to date. The analysis involves his family background, life story before fame, rise to fame story, relationship and personal life.

Yes, everyone knows he has established himself as one of America’s finest soccer players in history. However, only a few consider Clint Dempsey’s Biography which is quite interesting. Now without further ado, let’s Begin.

Clint Dempsey was born on the 9th day of March 1983 at Nacogdoches in Texas. He was the fourth of five kids born to his mother Debbie Dempsey (a nurse) and to his father Aubrey Dempsey (a railroad worker). 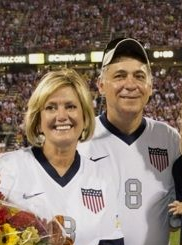 Young Dempsey grew up at Nacogdoches, the oldest town in Texas where he was raised alongside his older brother, Ryan, elder sisters Jennifer and Crystal as well as younger brother Lance. The siblings loved sports and recorded active participation in soccer, Tennis, baseball and basketball. 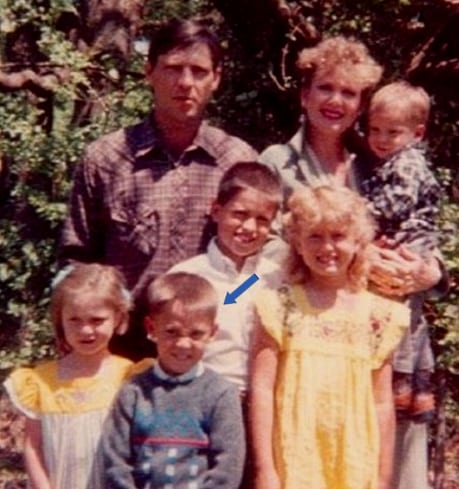 One who looks at the retired football genius today would think he had a great start to life. However, the reverse is the case for Dempsey whose family lived in a trailer home during his formative years.

living in a mobile home at the time was a sign of dwindling finances, more serious was the fact that the family could not afford parking the trailer elsewhere but the backyard of Dempsey’s grandparents home. Nevertheless, a substantial home was the least concern of the family which foresaw prospects in the sporting siblings and endured the tough journey to better days.

“Family comes together when you deal with hard times because it’s the only way you know how to cope. That was what really brought us together. … We got strength from each other.”

Notes Dempsey about their survival.

Dempsey started out by playing soccer with his brother Ryan in a dusty grass that served as pasture at their grandparents’ backyard. While Dempsey was at it, he never had an idea of how global soccer was until he watched the Italy 1990 FIFA World cup on satellite television.

“I went crazy when I saw the diversity. It’s a universal sport, a free-flowing sport.”

Recalls Dempsey of his discovery. 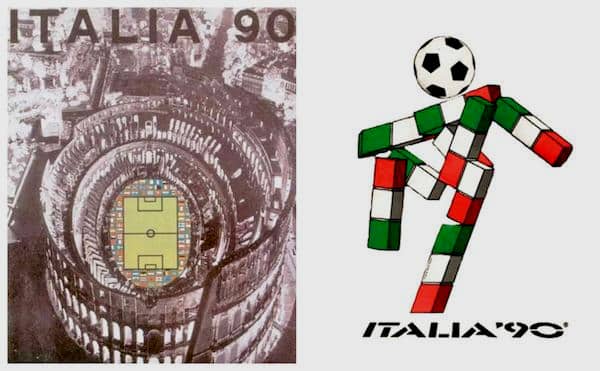 The football prodigy thereafter began to  Idolize Argentine legend, Diego Maradona, Brazilian greats, Romario and Bebeto, among other great stars that put up appearances at the tournament.

Dempsey’s was unexpectedly enrollment into Dallas Texans when he accompanied his older brother (Ryan) that was offered a tryout by the club. While Ryan was on the pitch, the coaches attention were drawn to Dempsey who passed time by Juggling a ball on the sidelines.

Thus came about Dempsey’s recruitment into the elite youth club and much later financial constraints that sought to oust him as his parents took the hard decision of using the money they had to support his late sister’s (Jennifer) career buildup in tennis. However, parents of Dempsey’s teammates assisted him with expenses and travel which saw to his continuity with the club. 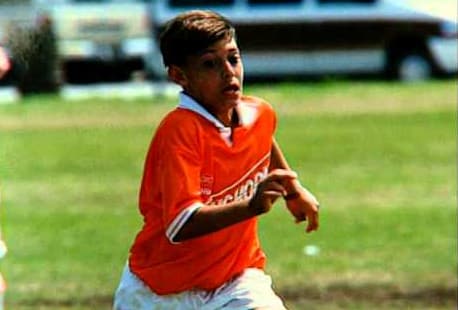 Unfortunately, Jennifer died months later after suffering from Brain Aneurysm. Until her death, she was a ranked youth tennis player with bright prospects ahead. The incident marked a turning point in Dempsey’s career as he resolved to become a successful soccer player in honour of her memory. 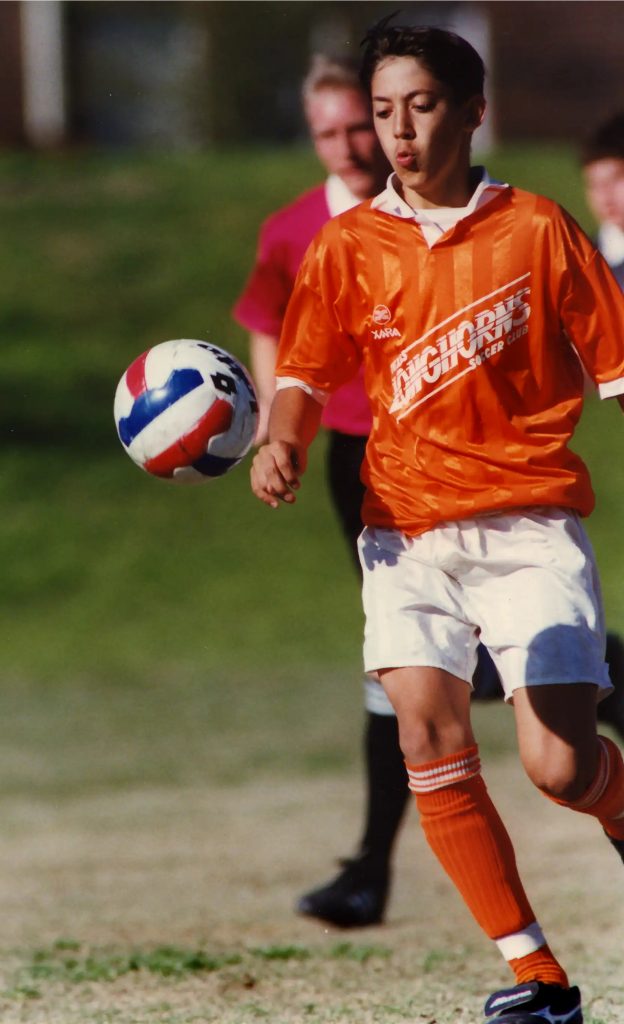 Dempsey established himself as a successful player at Dallas Texans before proceeding to play college soccer for Furman paladins while studying Health and Exercise science at Furman University in Greenville, South Carolina. 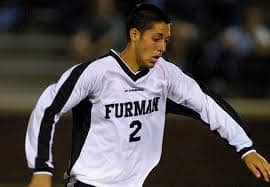 He made his professional debut for New England Revolution in 2004. Helping his team to reach the Eastern Conference Finals in his first season at the club as well as scoring 10 goals and Providing 9 assists in 26 games during his second season (2005). 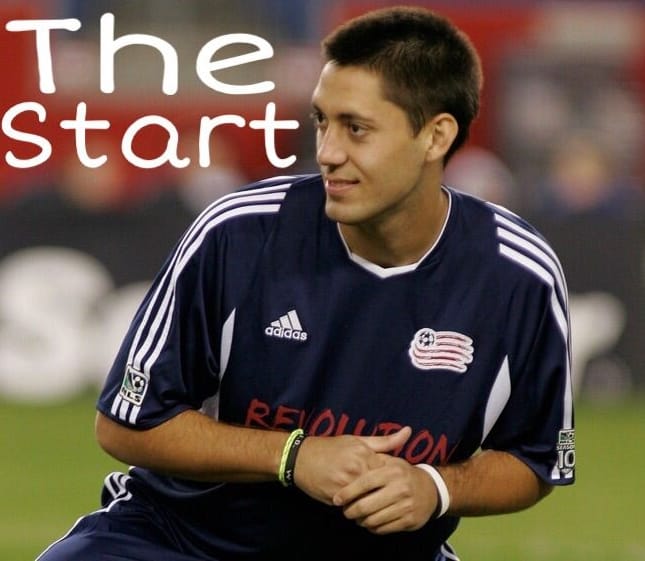 Subsequent soccer engagements saw him proceed to Fulham in December 2006. While at the English club Dempsey helped lead the Cottagers to a Europa League final in 2009/10, including scoring a memorable goal that saw Fulham beat Italian giants Juventus in the rounds of 16. 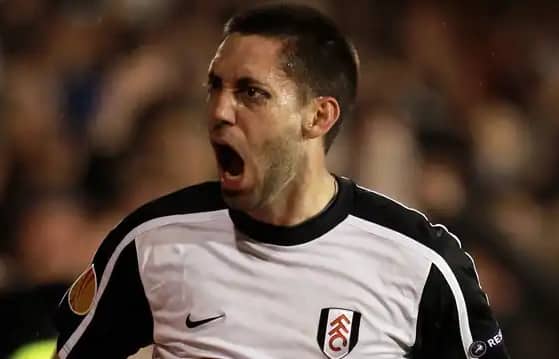 Clint Dempsey has been in a decade-long marital relationship with his wife Bethany Dempsey. The couple met during their study days at Furman University in Greenville, South Carolina. They dated for a year before getting married in July 2007. 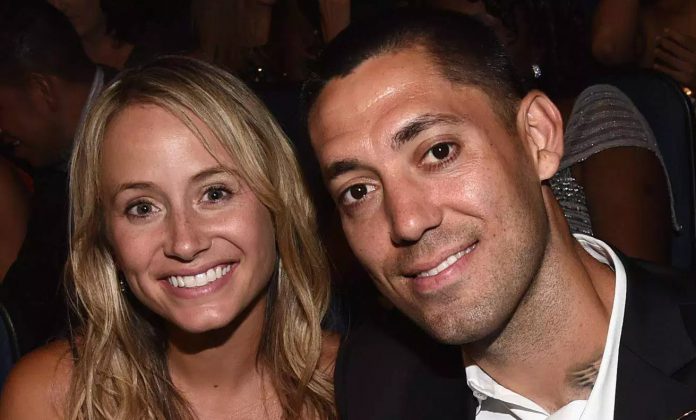 Their union is blessed with two daughters, Elyse and Sophia, as well as two sons, Jackson and Clayton. 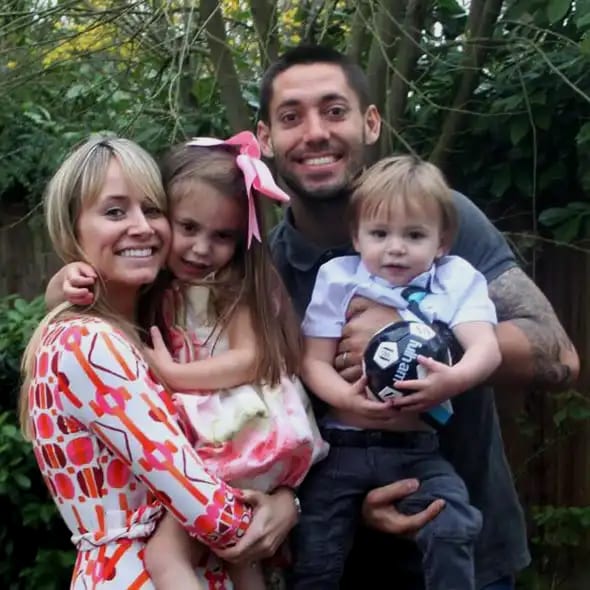 Asides playing football, Dempsey is a musical talent who once produced a rap song and music video called “Don’t Tread”. The song which was produced in collaboration with Houston rappers, Big Hawk and XO was used for Nike soccer world cup campaign in 2006. It was also dedicated to the determination of the U.S. national team and his Late sister Jennifer.

Dempsey is best known by the nickname “Deuce” which does not imply anything other than its literal meaning. According to Dempsey:

“I gave it to myself! It just turns out the first number I ever had was No. 2. I ended up wearing that number in college and also with the New England Revolution. That was the time I did that “Don’t Tread” track”.

Dempsey’s image was in 2015 featured alongside that of Lionel Messi on the cover of EA Sports video game FIFA 15. However, while Messi’s image got featured as a global star in all editions that year, Dempsey’s was regionalized as the face of U.S Soccer. 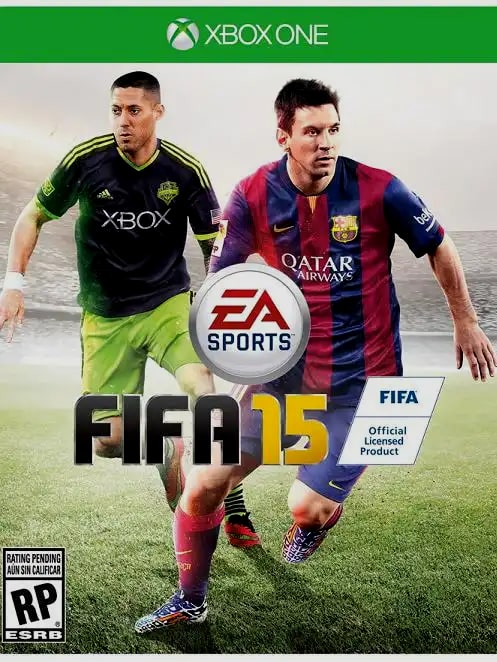 The full measure of Dempsey’s wrath was brought to the limelight in 2015 when he protested the booking of a colleague in an awkward manner. Seattle Sounders which Dempsey played for at the time was down to 9 players after Brad Evans was sent off and Obafemi Martins took an injury when there was no free slot for substitution.

It wasn’t long before another Seattle player, Michael Aziri was sent off. Reacting furiously to the referee’s decision, Dempsey flicked the notebook out of the ref’s hands and tore it. Consequently, he got booked too and was sent off the pitch.

Dempsey got a three-match ban for the confrontation which is till date considered as one among numerous audacious moves carried out by furious footballers.

While Dempsey was an active player, he usually celebrated goals by pointing to the sky, a gesture which has special meaning to him. It is his unique tribute to both his sister Jennifer and his former friend – Victor Rivera both of whom died young and in heartbreaking circumstances.

Dempsey explained that he once spoke to then – ailing sister about death and she assured of helping him score goals if she happens to pass away.

‘And that’s why I look up to the sky now when I score – to remember her,’

On the other hand, Victor  Rivera was a close soccer mate of Dempsey who after failing to make the cut for college soccer career, decided to train as a policeman. Unfortunately, he accidentally shot himself in the head Just days before he was to take up his post. As a result, whenever Clint holds up a finger in celebration, he remembers Rivera too. 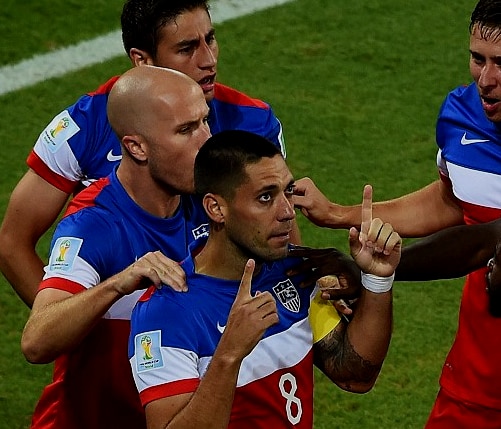 Dempsey was a compassionate and passionate player who never failed to remember his humble beginnings. In the course of establishing himself as one of America’s outfield player Dempsey exhibited aggressiveness, and tough demeanour that among other events, saw him break John Terry’s cheekbone and gave Phil Jones a concussion. 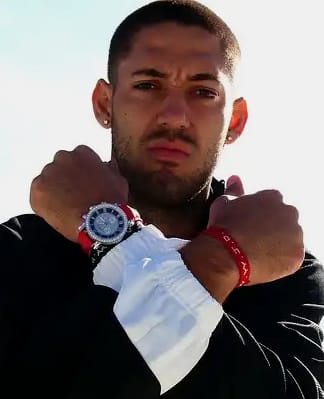 Regarding his off-pitch engagements, Dempsey is a religious Catholic who takes his faith seriously. He loves fishing and spending quality time with friends and family. Speak about nutrition, Dempsey favourite breakfast food is waffles, bacon, eggs and hash browns.

FACT CHECK: Thanks for reading our Clint Dempsey Childhood Story plus Untold Biography Facts. At LifeBogger, we strive for accuracy and fairness. If you find something that doesn’t look right, please share with us by commenting below. We’ll always value and respect your ideas.