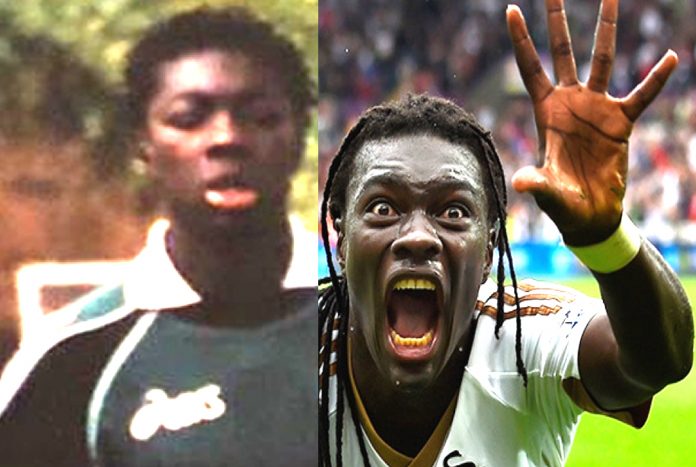 LifeBogger presents the Full Story of a Football Genius best known by the nickname “Black Panther“.

Our Bafetimbi Gomis Childhood Story plus Biography Facts bring to you a full account of notable events from his childhood time to date.

Yes, everyone knows about his scary goal celebration style. However, not many football lovers have read Bafetimbi Gomis’ Bio, which is quite interesting. Now without further ado, let’s Begin.

For Biography starters, Bafetimbi Gomis was born on the 6th day of August 1985 to his mother (a housewife) and father (a menial public worker) in La Seyne-sur-Mer, a Commune in France.

Similar to Boubacar Kamara, Gomis is a French footballer with Senegal family roots. He is from a large family of about ten children, all of who came as blessings to his aged parents pictured below with him.

Bafe, as he is popularly called, grew up in Toulon, a port city on southern France’s Mediterranean coast.

His parents are illiterate parents who do not know how to read and write but very comfortable with their menial jobs. On the account of that, Bafetimbi once said;

Growing up, it was hard for my parents to supervise my homework from the start.

When you have to work, get up at 6 o’clock in the morning, come back very late, and on top of that you have a lot of children, it is hard.

Bafetimbi Gomis still appreciates his parents, who migrated all the way from Senegal to France to give birth to him. He often calls that “a once in a lifetime chance”.

Gomis was under his father’s care for 14 years while he played his local football, which earned him nothing in his youth.

Despite his dad paying the bills and buying sporting accessories, he also took the bus to sometimes accompany his son to the training grounds, as he did not have a driving permit. According to Gomis;

My dream was to buy my parents a house. That was my only aim. It’s painful to see my father climb nine floors after having worked all day, to travel home on a bike because he did not have a drivers licence. Sometimes, there was urine in the lift where he was stuck. It was very difficult.

When He Started Earning:

At the age of 15, during the 2001-2002 season, Bafe joined Saint-Étienne’s youth academy. This was a time he started earning monies in football.

By 2004, Gomis had risen to the top of the club’s youth ranks and was deemed ready to begin his senior football. This was a time he had the courage to walk up to his dad to say;

“Stop, you are nice but it is I who will pay the bills, so you stop working!.” 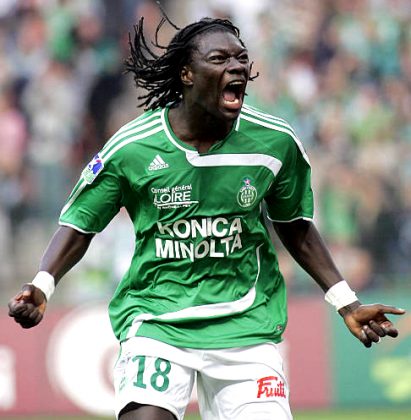 The 2006–07 season was when Gomis established himself with Saint-Étienne, scoring 40 goals for the team before moving to Lyon, where he had another 64 goals.

At Lyon, Bafetimbi got the record for the fastest Champions League hat-trick ever scored, beating the record owned by Mike Newell. This got Swansea city interested in him at a time when he was running out of contract and have trouble staying at Lyon.

The Welsh club luckily got him on a free transfer. Having not known Swansea AFC players before leaving for Wales, Bafetimbi Gomis had to use “Football Manager” to research Swansea Players. The rest, as they say, is now history.

Bafetimbi Gomis once revealed how he had always felt “shame” and “inferiority” early in his career due to lack of education.

The striker said his parents, especially his mum (pictured below), had given him the principles which have guided his career. 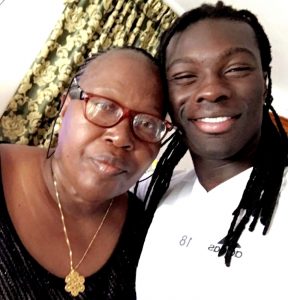 One of such includes having an education which he bluntly refused, thus making it one of his biggest regrets. In Bafe’s Words;

There are problems, often, for example when you ask a young person to go to school and he sees himself already earning more than his teacher, thanks to football.

This, without doubt, disrupted the order of things for Bafe. There are also cases where his parents lost all control over him because he was their sole provider.

There was zero investment in education at a time he needed it the most. In his words;

If I have one regret, it is not being able to invest 100% in my education. My father was angry with me about this for a long time. But he coudn’t say anything because i feed the home and paid school fees for my other brothers and sisters. I stopped my schooling after Year 10. Today, I found it difficult to express myself.

At the time of writing, Bafe’s dad is no more. However, his teaching and his words still linger in his heart.

At the time he was 30, an age which marked a period of sober reflection, Bafe resumed his studies as an adult in a bid to fulfil one of his late dad’s wishes. He began his study for Bac (French A-levels equivalent).

Unfortunately, he did not pass it due to two facts he claimed. First, it was the birth of his son, and then, there was the conflict between him and Lyon. For poor Bafe, the regret continues.

For Bafe, his regrets had meant nothing since the moment he found someone who meant everything to him.

At the time of writing, an intimate relationship on a solid footing exists between Bafe and his wife (name unknown), as they are pictured below with their first child and son. 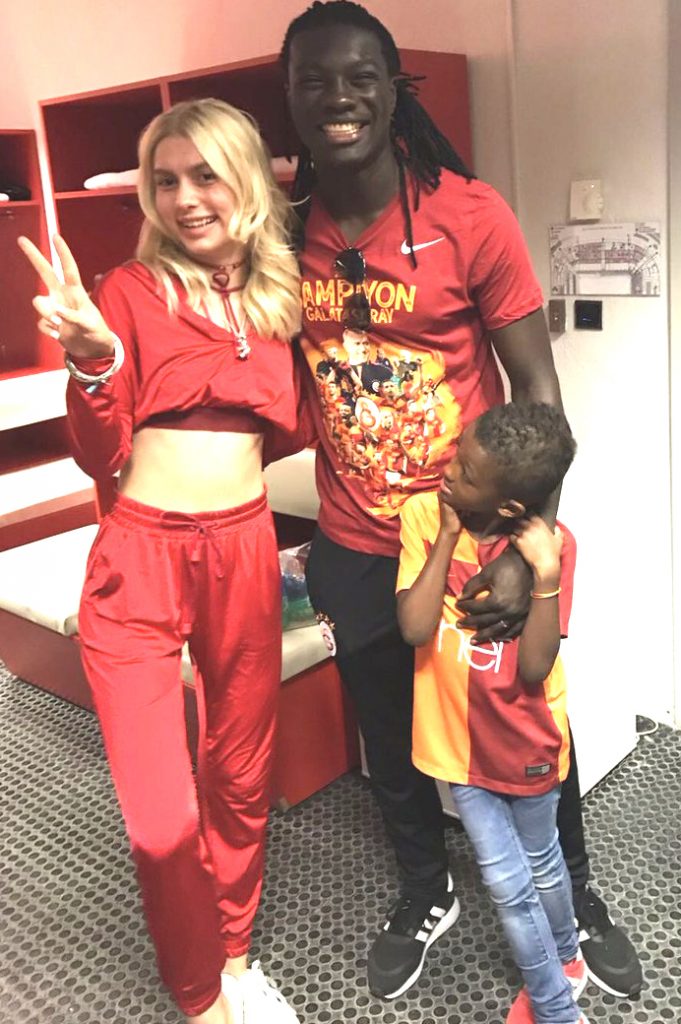 As pictured in the photo below, Bafe is a man of two kids. He does the most important thing a man should do for his family. Being there for them. 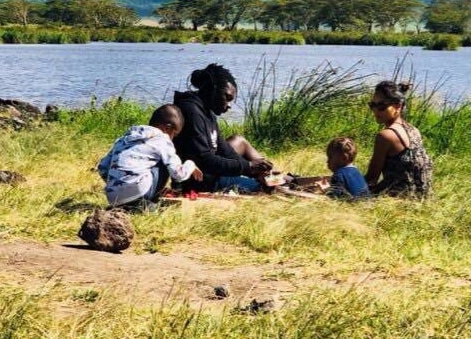 Having wonderful moments with his son is like a promise that he’ll have a best friend for life. For Bafe, the beautiful heritage gotten from his late dad is expressed in his role as a father. 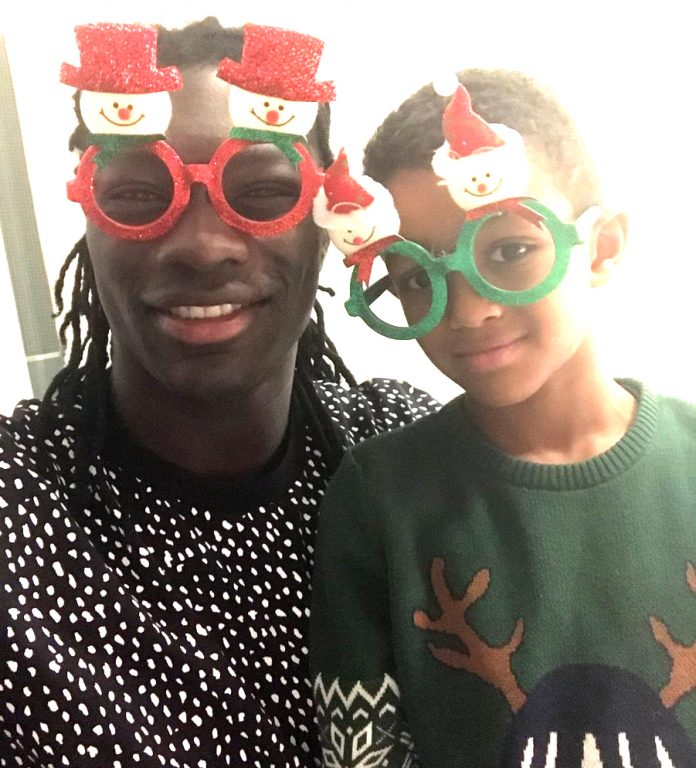 As Bafe does deposit friendship in the memory bank of his son, he assumes his boy would follow his example, that is, taking over from where his football career ends. 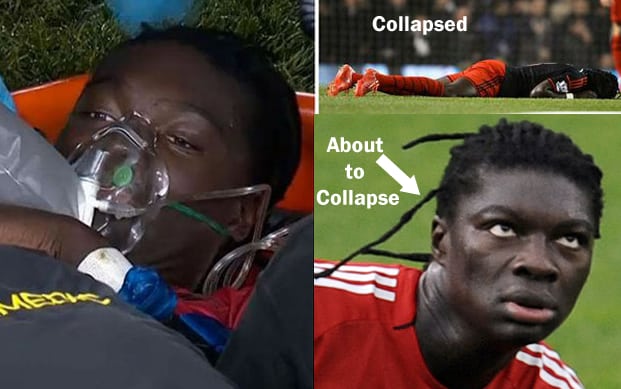 Did You Know?… Bafe suffers from vasovagal attacks, which make him lose consciousness when he gets over-stressed. So far, as we have noticed, he had fainted four times while playing his football.

Certain triggers, such as stress or hot temperatures, cause this attack.

For Bafe, this makes his heart rate slow down, leading to a drop in blood pressure and blood flowing to his brain, which leads to a loss of consciousness.

Below is a video showing one of such fearful moments;

Bafe has a versatile personality. When he chooses to change his appearance as seen through his moustache look, Bafe retains his ability to terrify small children thanks to his facial hair alone. 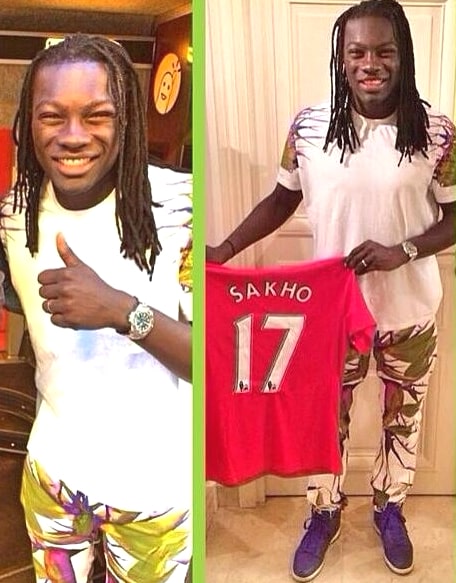 Another thing you’ll need to know about the French-born Senegalese is his rich and varied history of upsetting clothing, as seen in the photo above. 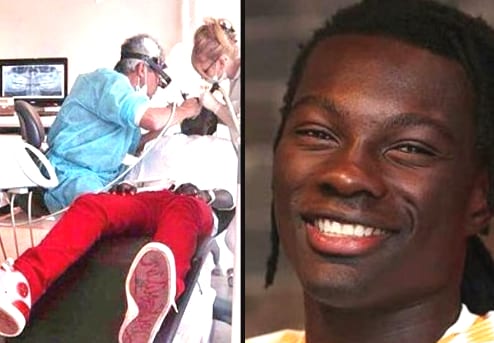 Sometimes it’s not all about football, Bafe is a responsible adult who knows the importance of good dental hygiene. 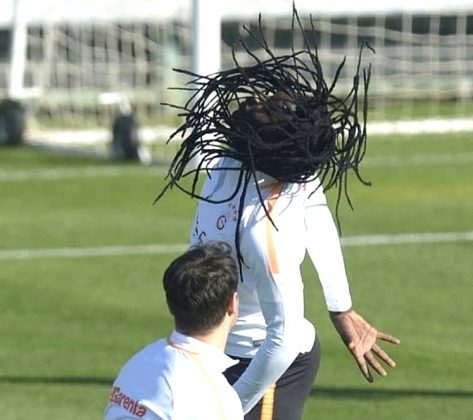 The photo above reveals what happens when Bafe plays football without his Headbands.

Bafe is surely a man who loves to show appreciation, which he sees as his greatest emotional need.

In the Twitter share below, he appreciates the hospitality given to him by a Turkish hotel where he and his family stayed for months before buying a home of residence in the country.

Bafe once kept his word and promise to fans by cutting his hair. According to reports, he promised to cut his hair if Cimbom wins the league title and he breaks his career goal record at the beginning of the 2017/2018 season.

All these came to pass. Keeping true to his word, Bafe later posted a picture of himself getting a haircut on his social media account. 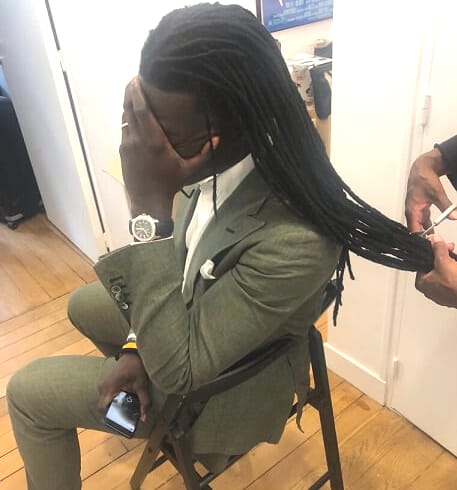 Gomis’ goal celebration style is among the scariest things that have existed in football. His act of crawling demonically toward the fans, without a doubt, fuels nightmares. 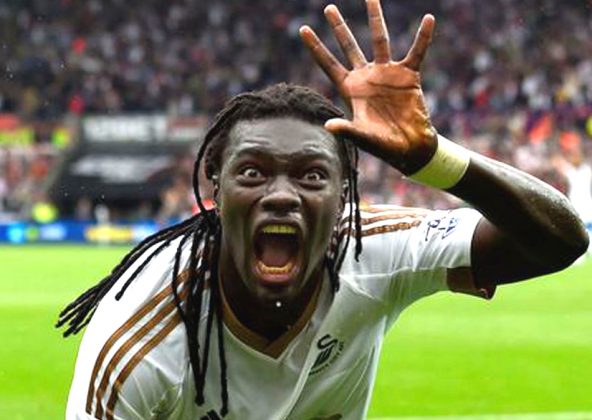 The history or meaning of his celebration is yet to be known.

However, for some fans, it is seen as deeply disturbing for a normal-looking human to suddenly get down on his hands and knees and proceed to essentially morph into Gollum from Lord of the Rings.

What Fans have said: (i) It feels like if you stare at the picture for too long, he’s going to come to life and eat your soul.

(ii) After seeing that picture, if you feel the need to hug your family or call your mother just to let them know that you love them and that you’re okay, that’s understandable.

(iii) I understand that scoring a goal is something worth being celebrated. But Gomis should try and not make his way into the nightmares of millions across the world in doing so.

Back then, during his Lyon days, Bafe had a friendly version of his demonic celebration, especially for kids. 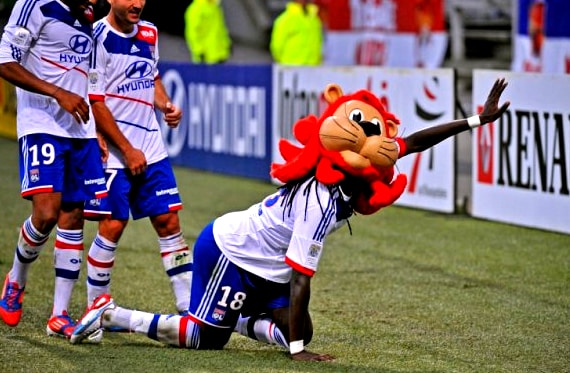