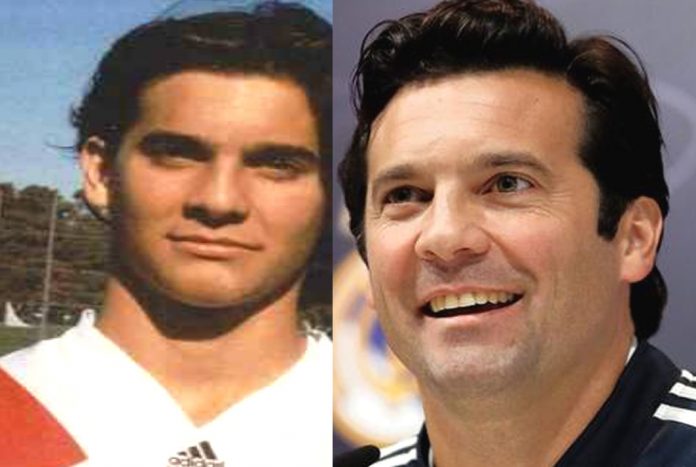 LifeBogger presents the Full Story of a Football Manager who was best known by the nickname “Indiecito“.

Our Santiago Solari Childhood Story plus Untold Biography Facts bring to you a full account of notable events from his childhood time to date.

Yes, everyone knows about his managerial role with Real Madrid. However, only a few consider Santiago Solari’s Biography, which is quite interesting. Now without further ado, let’s Begin.

Starting off, his full name is Santiago Hernán Solari Poggio.

Santiago didn’t grow up alone with his parents. He grew up with his four siblings namely; Esteban, David, Martins, and Liz Solari.

Solari was born into a sporting family. This is a family of a footballing stock with football genes contained in more than 80% of his male household, which includes his extended family.

Early on as a child, it became easy for little Santiago to fix his life in soccer. This wasn’t surprising, as his father’s family lived a life out of it. Surprisingly, Santiago never got serious about going professional at an early age.

While most footballers from similar football stock would begin their career at the age of 6, young Solari never took football seriously as a kid. He only played football for the fun of it until something happened one day. 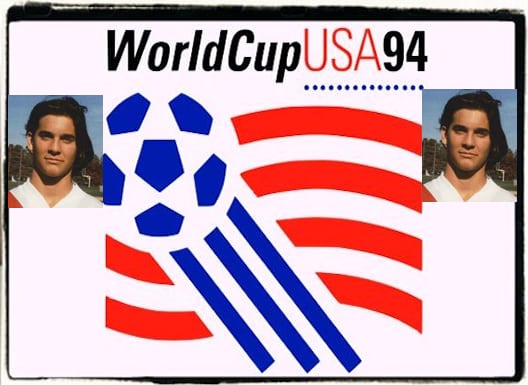 It was the summer of 1994, and that memorable World Cup was about to kick off in the United States.

The tournament was so important to Santiago because his Solari family was in charge of the Saudi Arabia national team.

Did you know?… Santiago’s father’s elder brother Jorge “El Indio” Solari was the head coach of the Saudi team while his father Eduardo assisted. Below is the photo of both brothers in their old ages.

During the five-week training camp, Santiago had a deep thought about picking up a career in soccer.

This came after his dad Eduardo and Lenahan, the part-time head soccer coach at Richard Stockton (where the SAUDI team camped) developed a close friendship with each other. 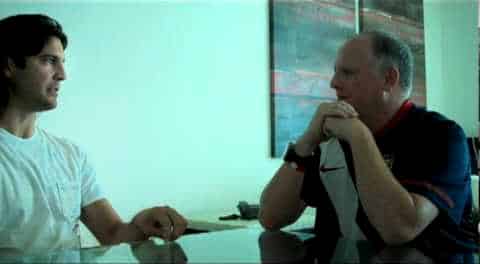 During that time, Lenahan pictured right in the photo above suggested to Eduardo if his 17-year-old son Santiago could spend a semester attending college at Richard Stockton and at the same time play soccer for the college team.

Both Santiago and his dad Eduardo agreed knowing it would give him the needed quick foundation before he jumps out to the world of professional soccer.

Tim Lenahan was well rewarded by the Solari family on his decision to give Santiago a quick footballing foundation. Lenahan was forced to take a leave of absence after he was given the contract to manage Saudi Arabia’s training during the World cup preparation.

Both Lenahan together with the Solari brothers helped Saudi Arabia to achieve their most successful world cup run in the United States.

For Saudi Arabia, the “Solari Family” would forever remain in their hearts thanks to the lasting impact of their USA 1994 World Cup run.

After the USA 1994 World Cup, Santiago Solari began his career at the Richard Stockton College. The skinny 17-year-old kid began playing Division 3 college soccer thanks to Tim Lenahan, who became his new mentor.

Those fortunate enough to see Santiago Solari play during that time would remember a highly skilled and intelligent player who was technically gifted.

Santiago was seen as one who could read the game at a different level than his opponents. 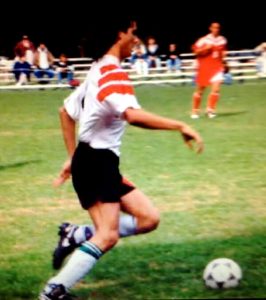 In frustration, his opponent, whom he had tormented in the field, would resort to foul him rather than trying to cope with his superior ability. 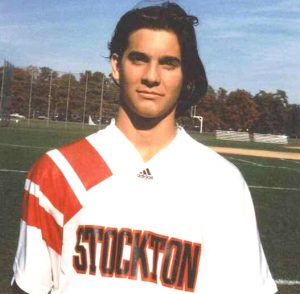 “It was not a soccer experience,”

“but it was an experience about life, about meeting people, about knowing a different culture and different ways of thinking. It opened up my head and the desire to become a professional footballer”

Asides from football, Santiago used the opportunity to study in the college where he learned English better.

Because he was that good, it only took four months with his Stockton team before a professional career opportunity with Newell Old Boys came calling.

Do not forget, this was the club that brought up Lionel Messi. That same year in 1995, Solari decided to round up his youth career with Renato Cesarini.

Unlike other football players and managers who went through their years of academy setup, it only took Solari two years of football before entering into the pro system. 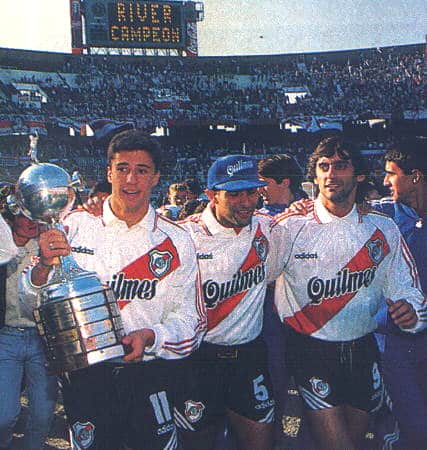 At this time, still in the 1995-1996 season, Solari knew the only way to make it to Europe was to belong to a big club and win a big native homeland.

He decided to start his senior career with River Plate. At the Argentine club, Solari made his name by leading the club to win the Libertadores Cup in 1996. This paved his way to Europe.

In 1999, Santiago crossed the Atlantic to join Atletico Madrid in Spain. This was the time the club struggled and was at the brink of relegation.

Thanks to his playing style, Real Madrid took an interest in him just after a year with Atletico. 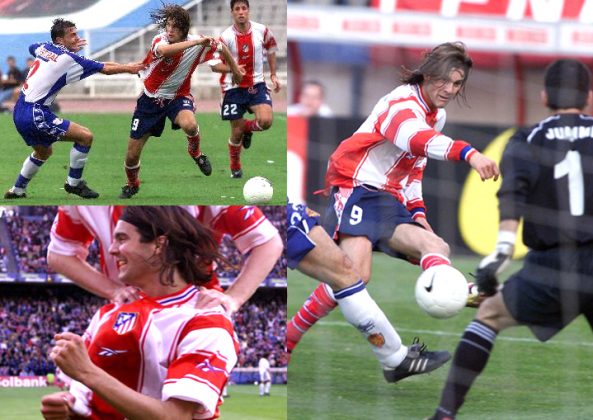 Real Madrid did not hesitate to activate Santiago Solari’s release clause and sign him in 2000, that same year Atletico got relegated.

Santiago Solari played for five seasons at Real (2000-2005) including four alongside legendary Zidane, who arrived in 2001. He was a vital member of the ‘Galactico’ era.

Did you know?… Solari began the move that resulted in Zidane scoring his famous volley against Leverkusen in the 2002 Champions League final.

Asides from creating chances, Solari also scored very powerful goals for Real Madrid. Watch some of his goals below;

During his playing days, Solari’s playing style didn’t just win football trophies in Spain. His good looks also got him a trophy.
In the year 2002, French premium cable television channel, Canal+ voted Santiago as “The Sexiest player of the year” thanks to his amazingly handsome looks. 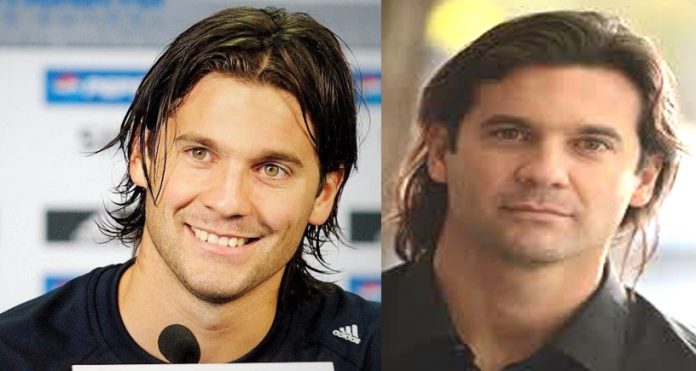 In response to the award, Santiago Solari said;
“I thank the people who voted for me, but I’m sure it’s rigged,” Solari quipped. “We’ll see if I’m offered another career in the film industry when I leave. football”

Also about Solari’s personal life, the Argentine was once described by CNN as a “highly educated, articulate, philosophical and a lover of books.” After retiring from playing football, Solari wrote a column for leading Spanish newspaper El Pais. 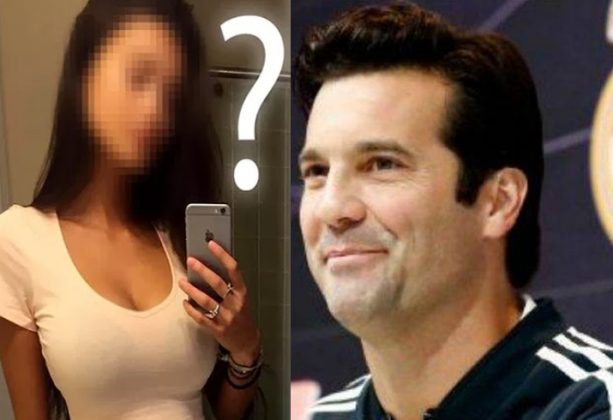 Unlike the rest of his family members, Solari is intensely private and keeps details concerning his wife and kids only to himself.

Presently, he had no visible social media profile. But rumours Santiago Solari’s wife and kids always has its way of coming out. According to reports, Santiago is married with three children.

About his Father and Uncle:

Picking football as a trade started with two brothers, Jorge Raul and Eduardo Miguel who formed the football foundation of the Solari Family. 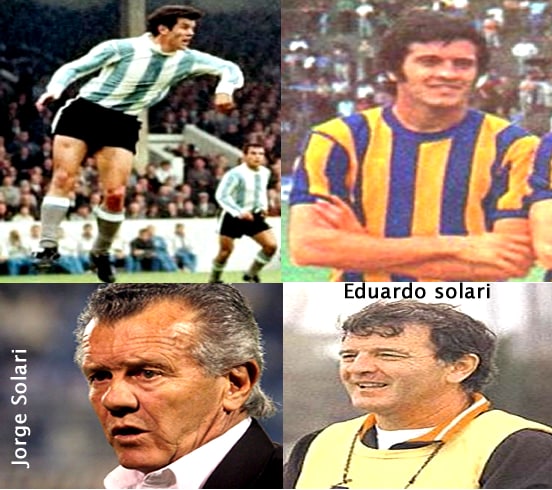 Although they never played together due to the nine-year age difference that separated them. Among the two brothers, Jorge was more popular. 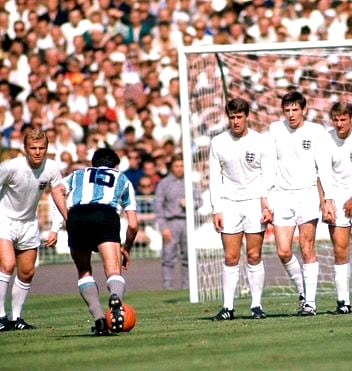 Santiago’s father, Eduardo Miguel Solari, began his professional career in Rosario Central (the year 1966) the same year his elder brother played in the World Cup. Below is a photo of Santiago’s father during his playing career. 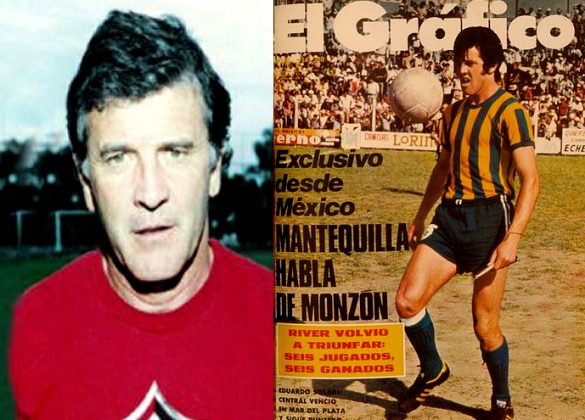 Eduardo played all his senior career in South America (Argentina & Columbia) and retired in the year 1981.

The Solari family also had a footballing husband coming in to marry their daughter. In the year 1992, Santiago’s cousin Natalia, daughter of Jorge Solari got married to three-time Champions League winner, Fernando Redondo (pictured below). Redondo represented Real Madrid and the Argentine team. 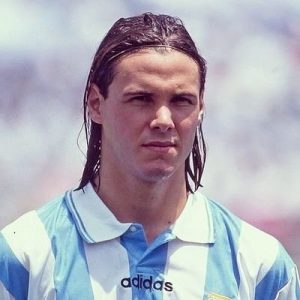 Among Santiago’s brothers, Esteban Andrés Solari Poggio Tano pictured below is the most popular. The Argentine professional footballer was born on the 2nd of June, 1980. 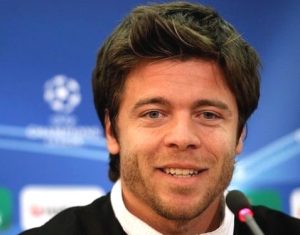 Esteban during his career time played as a striker and scored more than 120 goals between 2001 and 2016. David Eduardo Solari Poggio pictured below is the next popular among the brothers of Santiago. 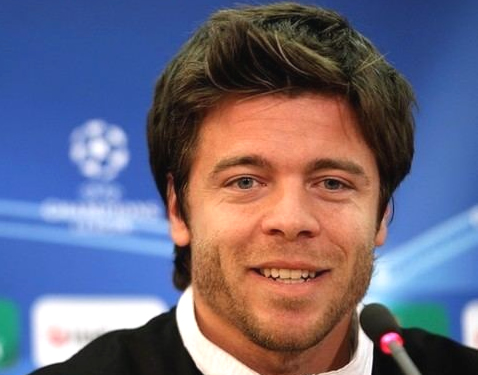 David was born on the 21st of March, 1986 in Barranquilla city in Columbia. As at the time of writing, he currently plays for Enosis Neon Paralimni FC in the Cypriot Second Division.

Martin Solari, whom little is known about is the youngest brother to Santiago. Just like Santiago’s wife and children, very little is also known about Santiago Solari’s mother who goes by the name Alicia Susana Poggio.

Liz Solari is a popular Argentine actress who initially began her career as a model, before going big into the local and foreign cinema. 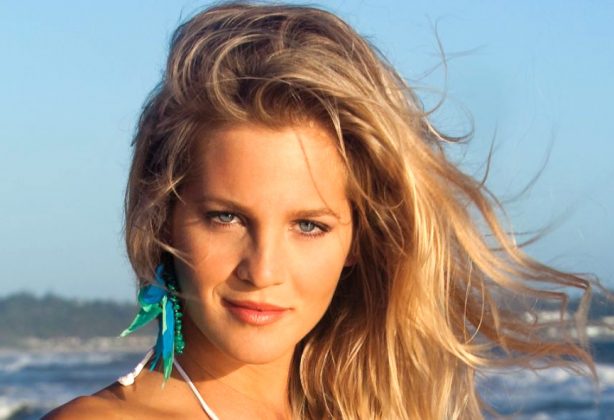 Liz was born on June 18, 1983, in Barranquilla, Colombia. Her birth time coincides with the time her dad managed a Columbian team.

FACT CHECK: Thanks for reading our Santiago Solari Childhood Story plus Untold Biography Facts. At LifeBogger, we strive for accuracy and fairness. If you find something that doesn’t look right, please share it with us by commenting below. We’ll always value and respect your ideas.