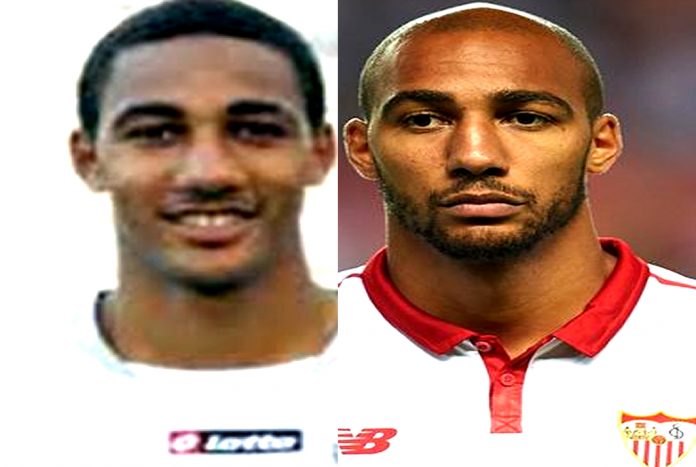 LifeBogger presents the Full Story of a French Football Genius who prides himself as a World Cup winner for France.

Our version of Steven Nzonzi’s Childhood Story, including his Untold Biography, brings to you a full account of notable events from his boyhood days to when he got fame.

The analysis of the Stoke City Legend and 2018 World Cup Winner involves his Life Story before fame, family background and relationship life. More so, many other OFF-Pitch facts (little known) about him.

Yes, everyone knows he was a part of the 23 men French squad that won the 2018 world cup in Russia, but only a few consider Steven Nzonzi’s Bio, which is quite interesting. Now without further ado, let’s Begin.

For Biography starters, his full name is Steven N’Kemboanza Mike Nzonzi. He was born on the 15th of December 1988 in Colombes, France, to parents of mixed race.

His father, Nzonzi Snr is from Congo while his mother is of French descent.

Growing up in the Paris suburb of Colombes, Young Nzonzi had a fair start to life coupled with the enjoying company of two sisters and a brother.

Nevertheless, his father (who would later push for steven’s move from clubs whenever he senses a bleak future for his son) made him aware that the future belongs to those who take early decisive actions. 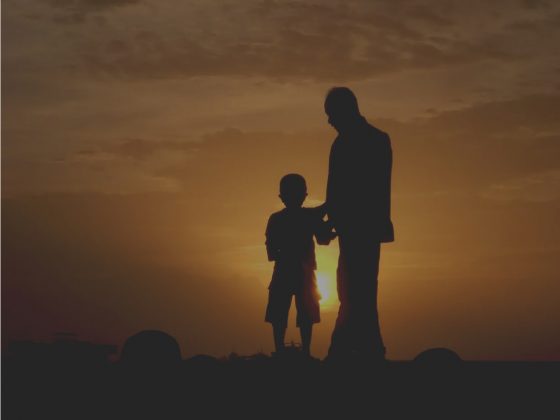 The realization saw him kick-start his football career in Racing Paris at the tender age of 10.

Nzonzi remained unknown all through his youth clubs only to start making ripples when he joined SC Amiens U19 club in 2005 and got promoted to the club’s senior team in 2009.

It was at SC Amiens that Nzonzi exhibited great footballing skills that made his home country DR Congo, France, and England, seek to secure his services for their national team.

Nzonzi turned all down but France and had his first international outing with the French under-21 team in 2009.

Moving on with a professional club career, Nzonzi progressed to Blackburn, where he made little impact. This is a club with a reputation for hosting players’ potential as witnessed with Jarrad Branthwaite‘s short loan spell. 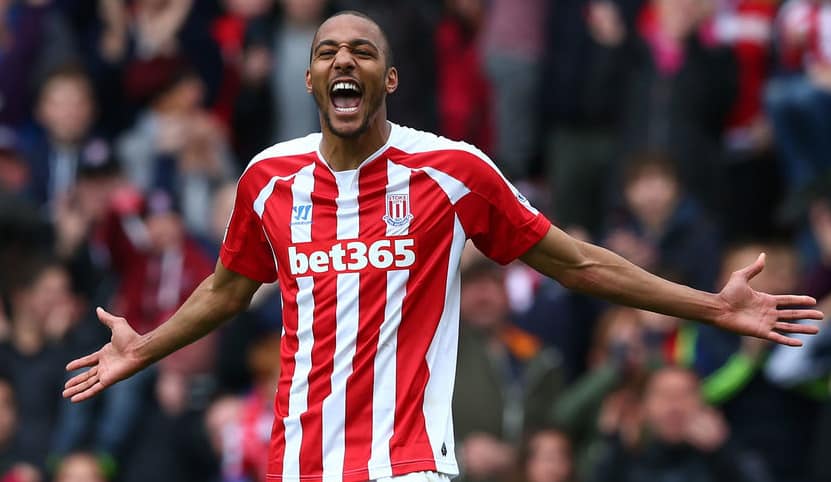 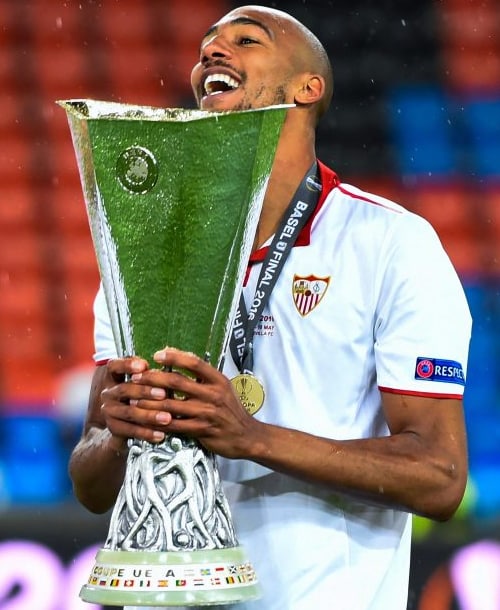 To cap it all he honoured an invitation to play for France National Team in the Russia 2018 Fifa World Cup which he gloriously clinched alongside 23 men squad. The rest, as they say, is history.

Nzonzi has not had the best of relationships for reasons that are beyond his control. Sit back as we take you on a tour of how he lost love within the space of three years.

The French international was with Stoke City when he got married to his now-estranged wife, Lynda Nzonzi in 2013, after months of dating that was kept secret.

All seemed well with their marriage, which was blessed with a son Ayden.

Four months after the birth of their son, Nzonzi stood court trial after his wife accused him of hitting her in front of their baby for calling him a ‘useless Dady’. 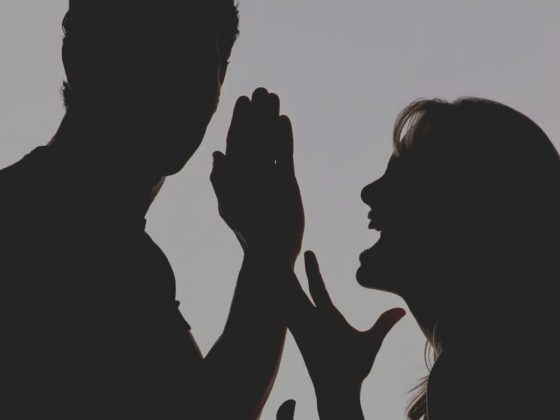 Responding to the accusation, Nzonzi stressed that he only was only trying to calm his wife (who was visibly furious) by grabbing her wrists after she referred to him as useless during a phone conversation with her mother

Nzonzi defence went well with South Cheshire magistrates who cleared him of assault. A day after the trial Lynda filed for divorce with Nzonzi confirming the split by noting that their marriage had ‘broken down irretrievably.

Steven Nzonzi has been over time, compared to Arsenal legend Patrick Vieira by many including Spanish Press.

A careful analysis of the comparisons reveals that they are not far-fetched and particularly relevant especially at the time of this post when Vieira is set to leave Sevilla for Arsenal.

Patrick Vieira, now current manager of Niece was a football legend that functioned well at Arsenal as a central midfielder, a position Nzonzi has perfected himself in.

Ever since Vieira left the club in 2005, Arsenal has increasingly found it difficult to get a central midfielder that possesses the full measure of Vieira’s capacity which has been discovered in Nzonzi. 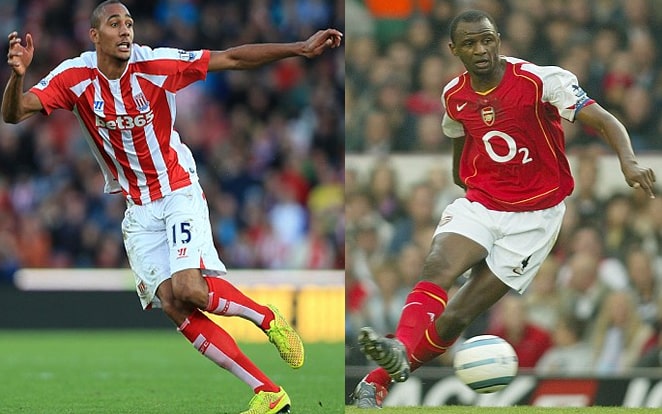 In addition, Both Vieira and Nzonzi are towering figures. With the former having a height of 1.93m. And the latter superseding a bit with 1.96m!.

To cap it all both personalities have won the FIFA world cup with the French National Team.

However, Nzonzi doesn’t think he measures up to the legend as he notes that:

I’m tall, I play the same position and II’m French so obviously, you can make the comparison but I’m not sure it’s fair because it will be hard to match what he’s done,’

Although Nzonzi had done much to stay out of controversies, his actions after Sevilla 5-0 humiliation by Barcelona in the Spanish Cup final in 2018 made fans wonder where his loyalty lies.

Sevilla had worked incredibly hard to get to the Final of the Spanish Cup final. Only to get beaten by Barcelona. With a score margin that made the club come off as weak.

At the end of the match, Nzonzi erred on two counts. First was his refusal to thank fans for their cheering support. Which they did all through the Spanish cup campaign.

And the other, which sparked outrage was his decision to party at a Madrid nightclub. It happened on a day his side was dealt a heavy blow. 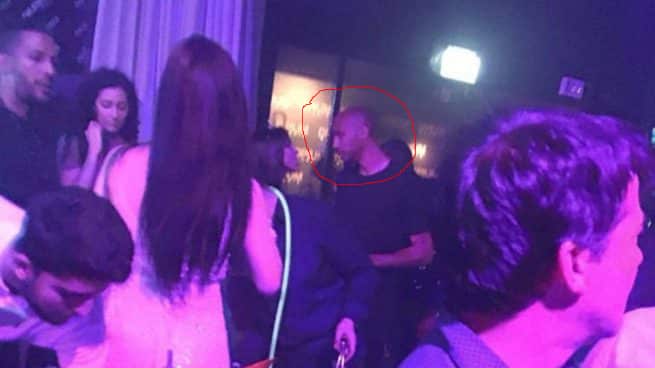 Realizing the ruckus caused by his decision which many described as insensitive, Nzonzi which captured him donned in Sevilla’s tracksuit (a subtle move to prove his loyalty) detailing an apology that read:

“I want to apologise to Sevilla fans,” NZonzi said. “I made a mistake because I left after the game. What happened is also difficult for the players.

We play every three days, I live alone, I train and I go back home. I am always at home. Yesterday my family and friends were there and I left.”

Steven Nzonzi has continued to maintain a close fatherly relationship with his son, Ayden regardless of his broken marriage.

The proud father who is yet to get another relationship underway has not ceased from uploading loved-up photos of himself and his son including a shot that shows him celebrating his World Cup heroics with Ayden.

Nzonzi’s personality is multidimensional and one can’t really arrive at a conclusion with regards to who he really is.

Nevertheless, Nzonzi has clarified that he often exhibits a calm demeanour off the pitch. And emotional swings on the field of play.

‘I’m laid-back in life but on the pitch, I can get really frustrated and emotional, there’s a big difference. I’m really hard on myself, always have been. I don’t like missing passes. I control it much better now but still, sometimes I get frustrated really quickly.’

FACT CHECK: Thanks for reading our Steven Nzonzi Childhood Story plus untold biography facts. At LifeBogger, we strive for accuracy and fairness. If you see something that doesn’t look right in this article, please place your comment or contact us!.