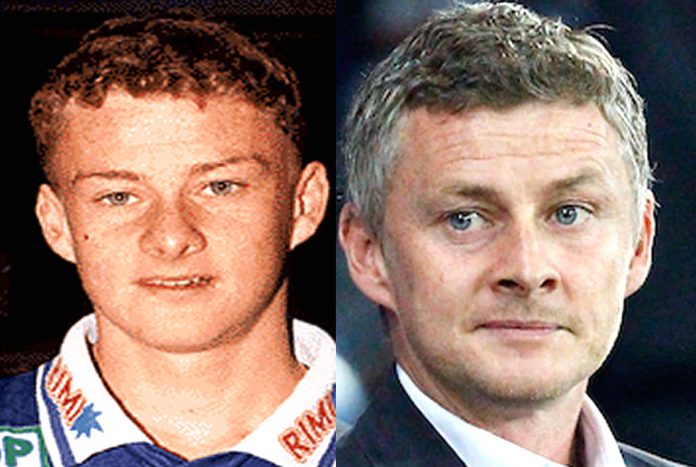 Our Ole Gunnar Solskjear Childhood Story plus Untold Biography Facts bring to you a full account of notable events from his childhood time to date. 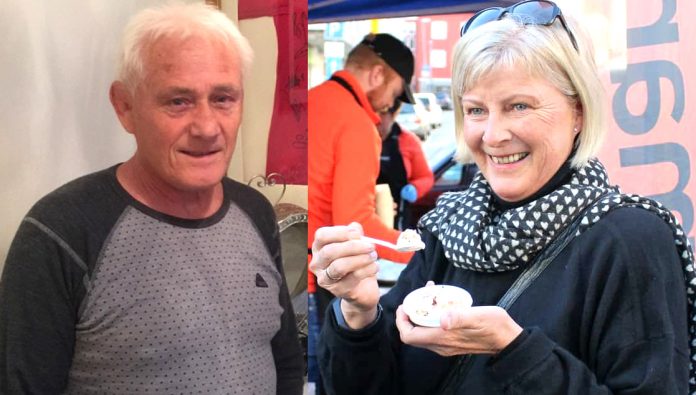 Solskjaer was born into a sporting family and a humble family background. He grew up in the small island town of Kristiansund in Eastern Norway. 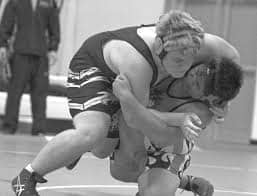 Manatua: Greco-Roman wrestling is a style of wrestling that forbids holds below the waist and is contested at every edition of the summer Olympics held since 1908.

Solskjaer’s father Oivind was Norway’s No 1 Greco-Roman wrestling superstar between 1966-71. Early on, it was Solskjaer senior’s hope that his son would follow in his footsteps.

Unfortunately, Wrestling was too rough for Ole as a kid. He tried the sport for three years but his frail frame went against him as he struggled to make attempts to emulate his father’s achievements.

Due to his small frame, little Solskjaer was easily pinned to the by his age mates. 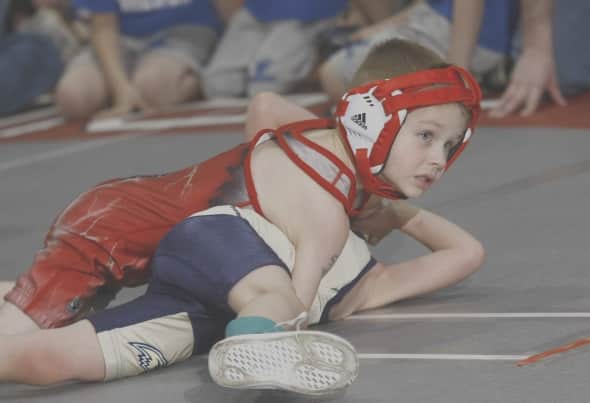 Na fealofani uma matua mo le la tama tama na maua le igoa tauvalaau "Tiny Ole“. They hated when he was always being thrown around and pinned down by opponents.

Having had enough, both Brita and Oivind insisted their son should abandon the sports. This saw a sad end to a wrestling generation.

Spending much time watching television allowed him to fall in love with football shows.

Notably among them was the Saturday’s BBC Match of the Day lea na feʻaveaʻi i Norwegians, o le gaioiga sili ona lata mai a Egelani. 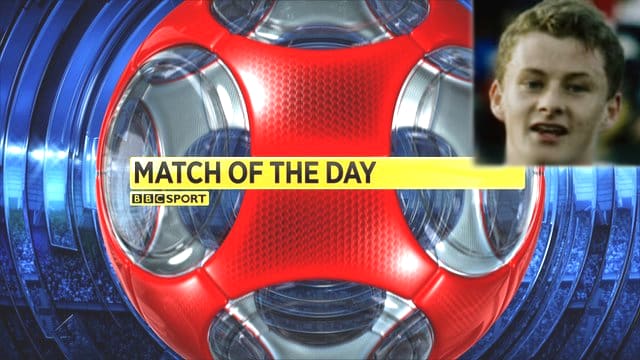 After watching football on TV, what followed next was a young Solskjaer kicking a football endlessly on a sand and gravel pitch near his home.

It took no time before his parents influenced him to make a decision about his newly found sport.

Solskjaer’s dedication and new talent saw him at age 8 enrolling at his town’s local club Clausengen as a young prospect.

Clausengen was a small club in the town that was known to making kids earn big reputations thanks to their way of harnessing talents.

Just after he joined the club, there were rumours that he might not make it because of his size.

Fortunately, around his mid-teens years, Solskjaer began to shoot up naturally and put on weight.

He became bigger and stronger but it still wasn’t good enough for him to join the big leagues even as he was promoted to senior football.

Although there were teams and individuals who wanted to play the gamble and take him on.

After scoring 31 of Clausengen’s 47 goals in one league season, Hareide (pictured below) had to press buttons on capturing his young talent. 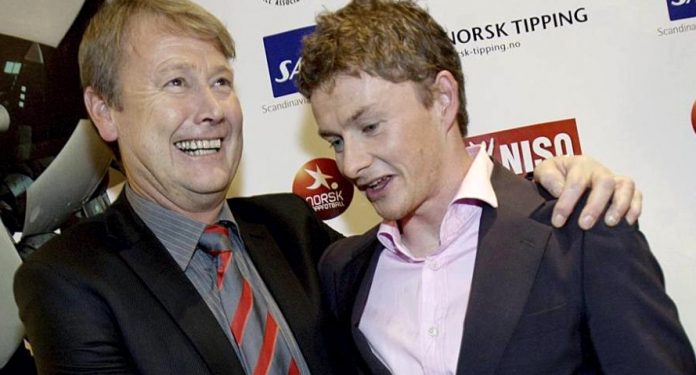 Thanks to Aage Hareide, Ole in 1995 got himself transferred to Molde, a top Norwegian club Aage Hareide managed. This is the club he later managed, where he coached Erling Haaland. 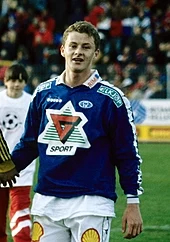 At the club, he continued to excel as a prolific goalscorer in the Norwegian Premier League. Ole’s secret was his hard work and ability to work outside the club doing private practice.

This was a time, he aimed to succeed at all cost. Solskjær also got very ambitious about England. 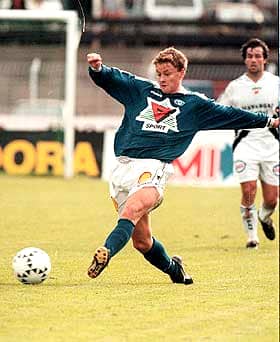 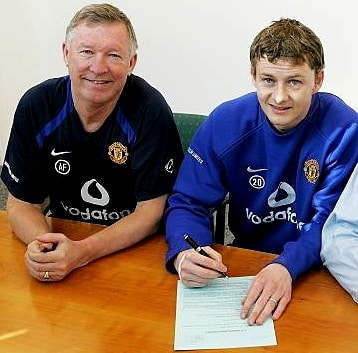 With only a few games played, it became clear to fans that United has secured one of the best bargains in the club’s history.

This was the goal that helped United secure the Treble and surely, one that cemented his name in the club’s hall of fame list. 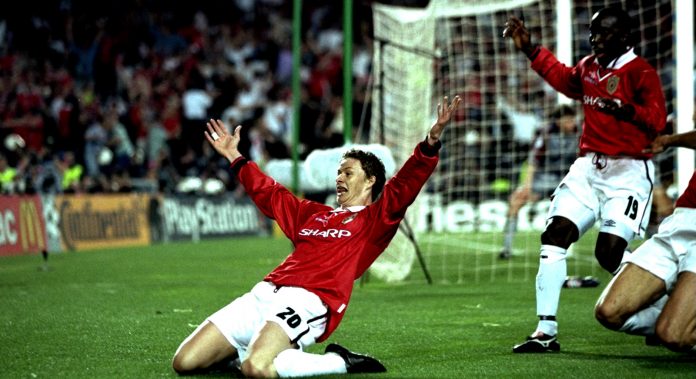 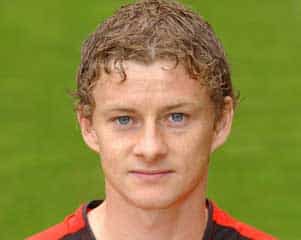 Ole Gunnar Solskjear and Silje – The Story of the Two Lovers: 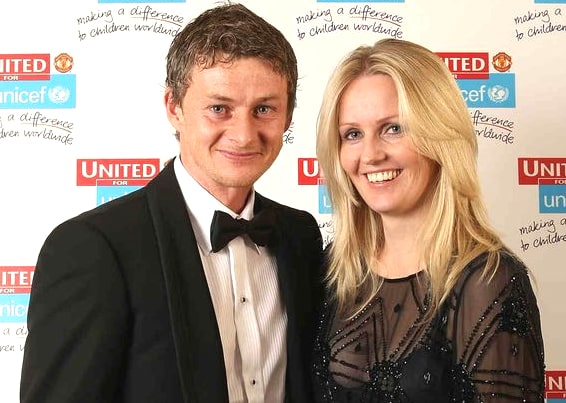 The marriage of both couples is blessed with three children namely; Noah, Karna and Elijah. 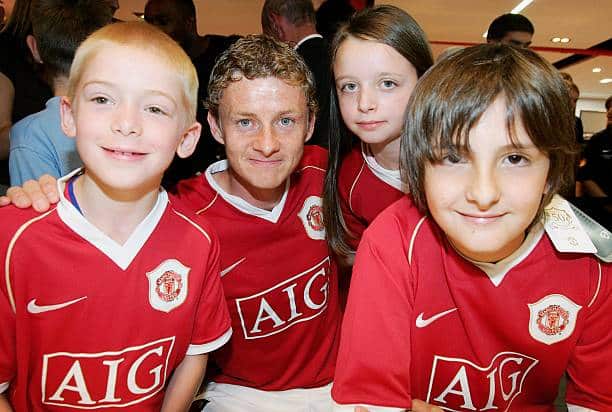 Solskjaer’s son Noah once confessed to the media that his dad was not his favourite player. Back then, Noah’s prefers to support Wayne Rooney rather than his own father. 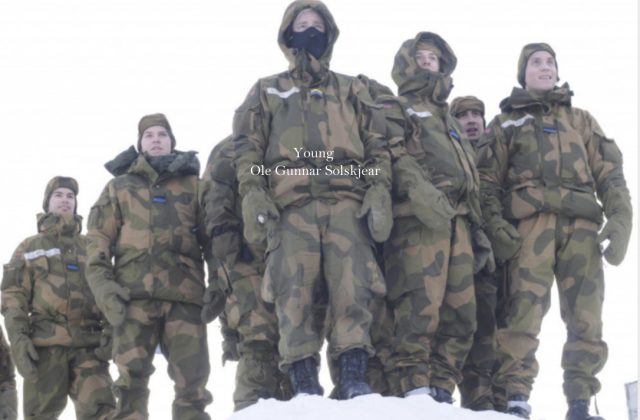 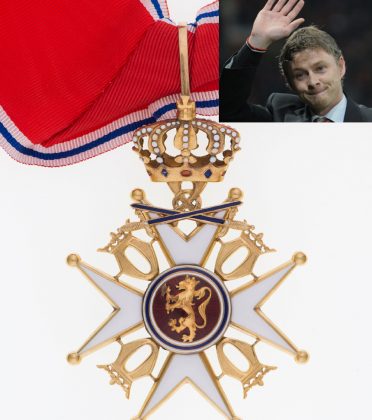 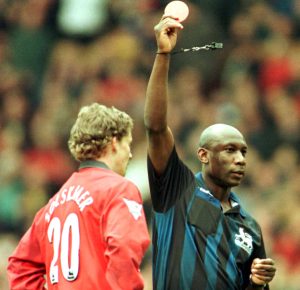 Another defining moment in his career was when he committed a professional foul all in the name of stopping an opponent’s clear goalscoring opportunity.

Solskjaer did this knowing he would get a red card. Football fans saw this as a clear example of how Solskjaer put the club above personal interest. 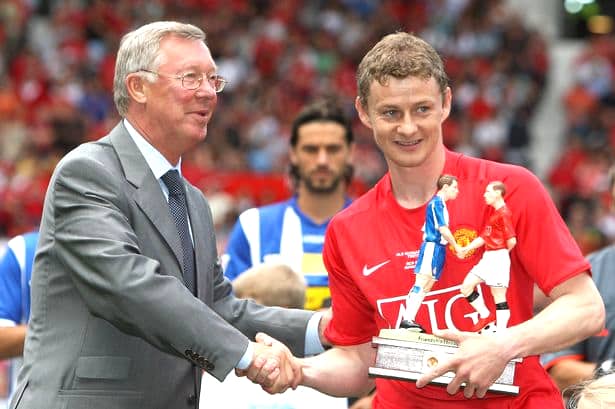 I le 2 Aokuso 2008, o se lagona molimau faʻafeiloaʻi between Man United and Espanyol was played in honor of Solskjær at Old Trafford.

That emotional match recorded almost 69,000 fans present and set a record as the second-highest-attended testimonial match in British history.

Na e iloa?… Solskjaer started coaching even while as a player for United.

Back then during summer, Solskjaer would return to Norway to coach at the Statoil Academy, a summer school for the country’s most promising youngsters.

After retirement, Solskjaer once rejected an opportunity to manage Norway, saying it was ‘vave vave'. 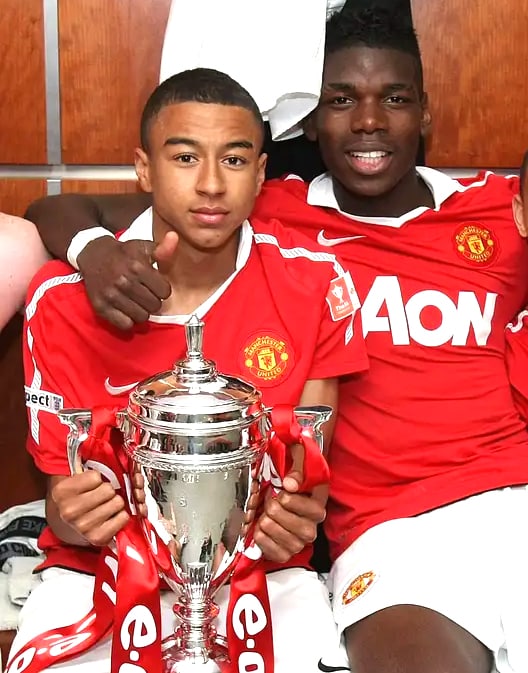 If you find something that doesn’t look right, please share it with us by commenting below. We’ll always value and respect your ideas