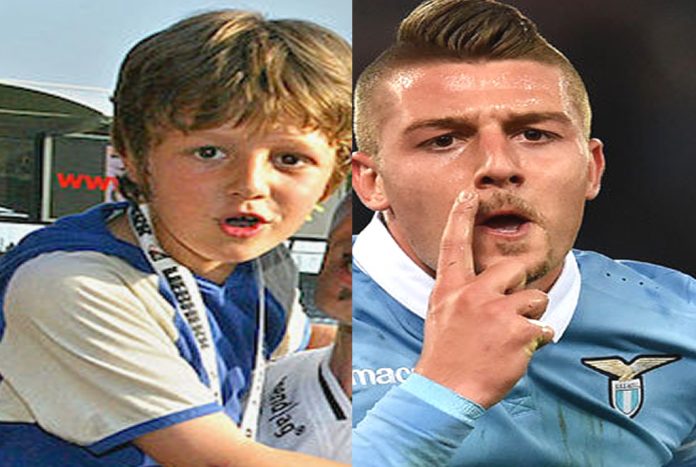 LB presents the Full Story of a Football Genius who is best known by the nickname “The Sergeant“. Our Sergej Milinkovic-Savic Childhood Story plus Untold Biography Facts bring to you a full account of notable events from his childhood time to date.

Yes, everyone knows he is a complete midfielder. However, only a few consider Sergej Milinkovic-Savic’s Biography which is quite interesting. Now without further ado, let’s Begin.

Sergej Milinkovic-Savic was born on the 27th day of February 1995 to his mother, Milijana Savić, and father, Nikola Milinković in Lleida, an autonomous community of Catalonia, Spain. 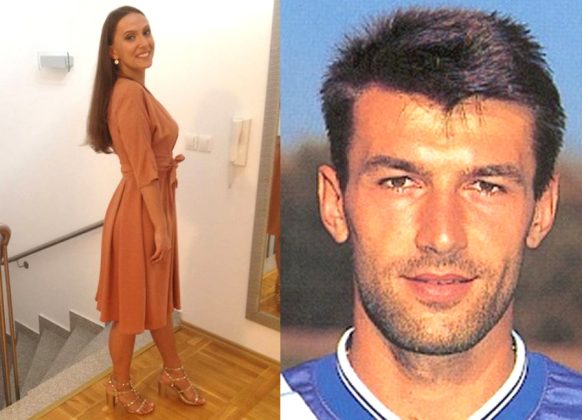 Did You Know?… Milinković-Savić was born into a sporting family. His father, Nikola Milinković, played football professionally from 1991 to 2005.

Sergej upon his birth had two surnames which is deemed a rare occurrence in Serbia. Truth be told: He was handed his double surname due to a Spanish Catalan error.

Upon his birth, the Spanish birth registry office reported an erroneously combined the surname of his dad and mum and instead of picking the first.

It was not long, however, before the relationship between Sergej’s parents began to fall apart thus making them head for divorce. Unfortunately, both of Sergej Milinkovic-Savic Parents ended their marriage while he was still a child.

Sergej grew up with his younger brother Vanja Milinković-Savić (born 20th day of February 1997) who is two years his junior.

Vanja is a fellow footballer and former Man United rejectee who as at the time of writing plays as a goalkeeper for Italian Serie A club SPAL. 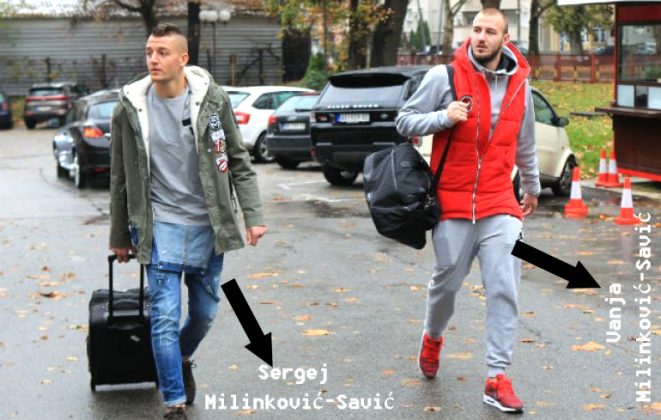 The Milinkovic-Savic family is known to breed tall offsprings thanks to his dad being 6 ft 4 inches and mum also being very tall.

Sergej Milinkovic-Savic also grew up with his sister who goes by the classic orthodox name, Jana. Jana is nine years younger than her big brother Sergej.

Unlike her brothers, Jana is following the basketball footsteps of her mother. 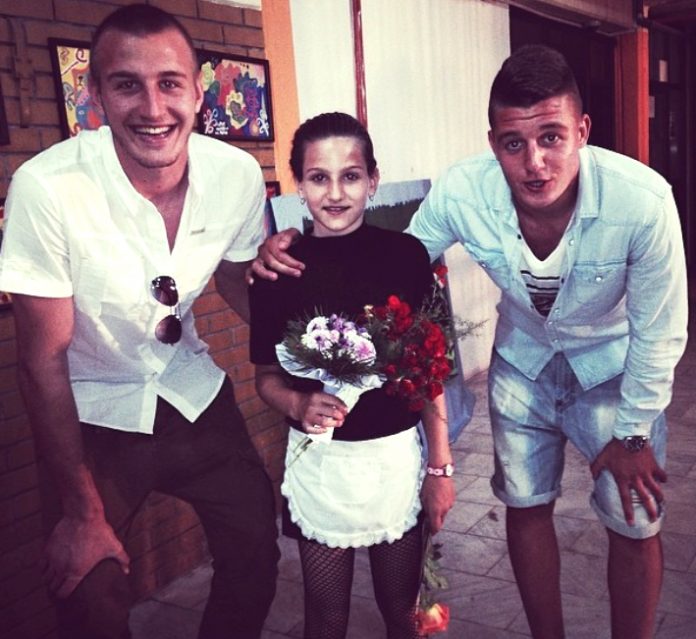 Jana was not born in Spain thus making the Milinokvic-Family family rule not to be applied. Her name is slightly different from her brothers. Jana bears only Milinković.

All kids grew up liking football and basketball from birth. Literally, Sergej started kicking the ball as soon as he could walk.

Early on, he watched his Dad and Mum playing football and basketball and all he wanted was to be like any one of them.

Sergej Milinkovic-Savic’s parents did not interfere too much in the selection of sports. Both Milijana and Nikola acted even less determined about what their children should practice.

The Difficult Choice: Because his dad was very active as a professional footballer and his mum was a well-known Serbian basketballer, it was difficult for Sergej to pick a career early on in his life.

Speaking to FIFA about his career choice, Sergej once said;

“At last, i choose football because as a child I preferred to watch with my father more than my mother. But I love basketball and always throw a few baskets when I have the time.”

What led to the choice: It was a certain memorable game of his dad Nikola Milinkovic in the Graz stadium (home of Grazer AK Austrian football club) that made the difference.

It that significantly influenced Sergej’s decision to become a footballer. 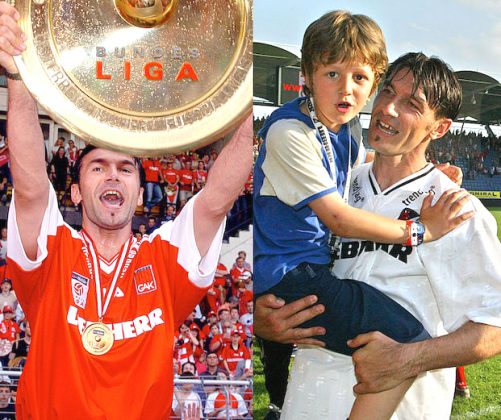 Sergej’s brother who was taller for a basketball trade also had a change of mind as he decided he would learn to be a goalkeeper. Despite today’s height (192 and 202 centimeters), both brothers never agreed to mom’s basketball!

Immediately after his decision, little Sergey himself started kicking at the “Reds” in Graz. After a short time, he was enrolled in the rooster of the youth academy in Novi Sad.

Despite making up his mind on football early on, Sergej’s still remained unsettled as he still had the habit of shuttling between football and basketball.

It took the intervention of his dad to put his son on the right track. According to Nikola Milinković; 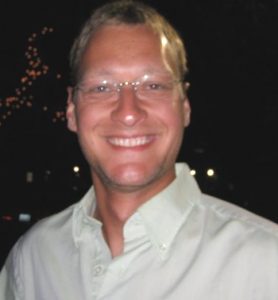 I talked to him for a long time. I convinced him to react. To train even more, to work hard to improve. I also convince his coach of his skill. Because that’s how you need to do if you want to break through and become a winner.

Thanks to his dad, Sergej found his form and things started turning around. After training with his youth club, Nikola Milinković still took his son to a small field near their house for supplementary and personalized training.

He taught his son how to alternately touch the ball with his right and left. This improvement led to Sergej regaining his starting position.

At this time, Sergej was all grown up and matured as a tremendous player. He followed his dad everywhere his football career took him to and passed trials that came his way.

When his dad moved to Chaves, A Portuguese football club, Sergej and his brother followed. While in Portugal, he got enrolled into a Sporting academy.

Sergej’s first impression of the ball led to fans calling him “earthquake“ because of the way he took the ball as if it was like a “tsunami“. 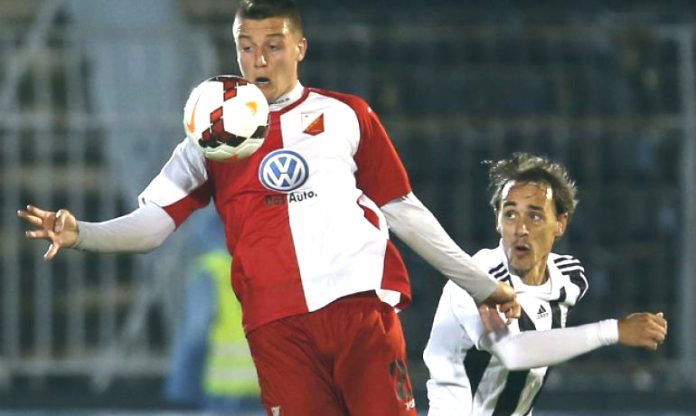 Such performance followed him to Grazer AK (Austrian sports club) and Vojvodina, a club in his native homeland, Serbia where he ended his youth career.

Milinković-Savić came through the youth academy of Vojvodina. He is one of the midfielders who emerged from the youth squad that won two consecutive national youth championship titles, alongside Mijat Gaćinović and Nebojša Kosović

Sergei who was later been nicknamed; “The winner of Vojvodina” attracted the attention of domestic football fans with another victory.

This was the moment when he, his brother, and other notable Serbians (eg Aleksandar Mitrovic) won the gold medal title at the 2013 UEFA Under-19 Championship. 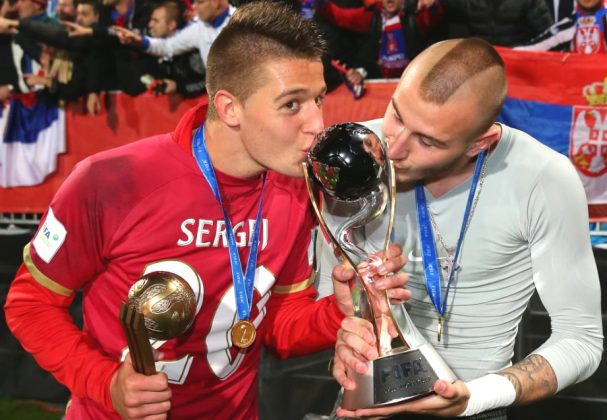 Sergej Milinkovic-Savic went on to established himself as a ‘complete midfielder’ when he got transfered to Genk, a football club in Belgium.

At the club, he was given a number 20 shirt after being told shirt 21 (his best shirt number) wasn’t available.

Sergej later had the opportunity to wear his backbone 21 shirt number when he joined Lazio.

Jersey 21 was worn because of Zinedine Zidane, his childhood hero who also wore a similar shirt number during the period he rose to fame in Juventus. 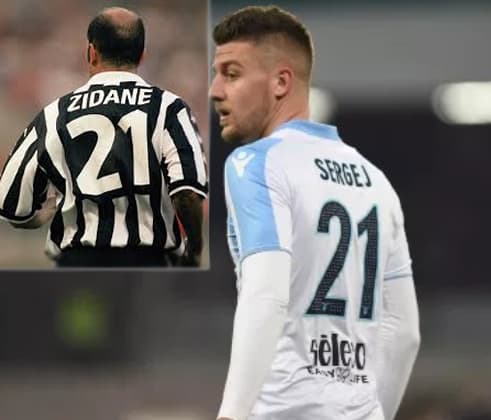 Speaking about his Idol, Sergej once said;

He got to know him personally and obviously got bewitched by him as a young footballer. Precisely it was the summer of 2002, I played in GrazerAK. The club invited Real Madrid to the stadium then called “Arnold Schwarzenegger” to celebrate it’s centenary.

To mark the centenary celebration, GrezerAK’s senior team played against the “galácticos” which they won 3-2.

This was the first time Sergej saw his hero Zizou together with Figo, Makelele, Morientes, and Solari. While playing for Lazio, Sergej got the nickname “The Sergent” thanks to his goal celebration style. 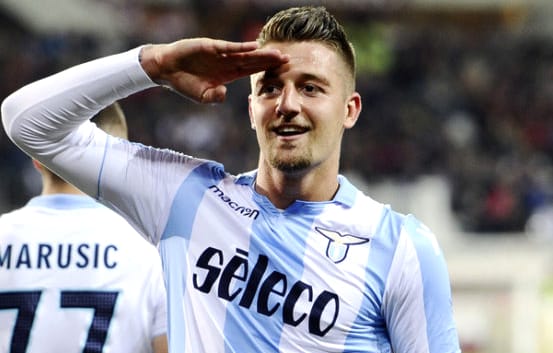 It wasn’t all about his goal celebration that brought much his fame. Sergej is known to be an assist king who has provided goal-scoring platforms for Ciro Immobile. 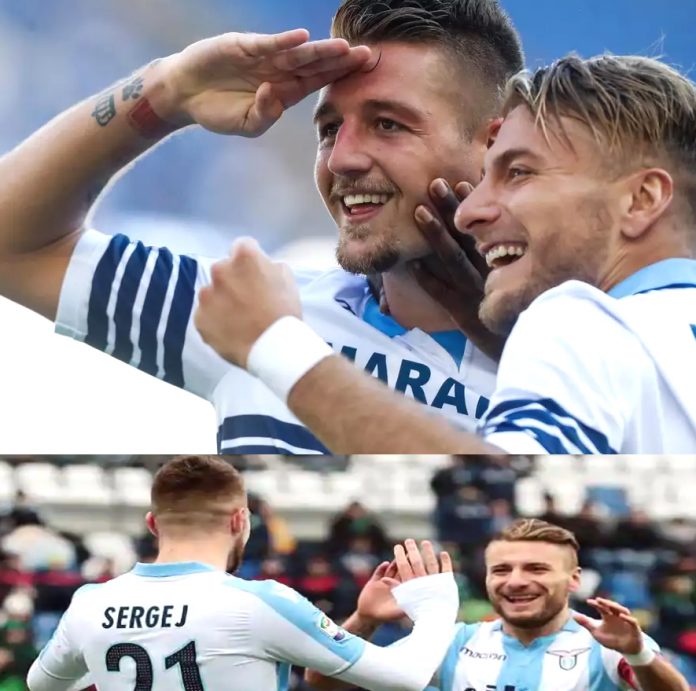 However, the media across Europe got to know Sergej as a complete midfielder who could do almost everything in the middle of the park.

Sergei Milinkovic Savić is someone who enjoys what he does not only on the field but beyond. Behind a successful him, there exists a beautiful lady who stole his heart. Her name is Natalija Ilić and she is a resident of Novi Sad, northern Serbia. 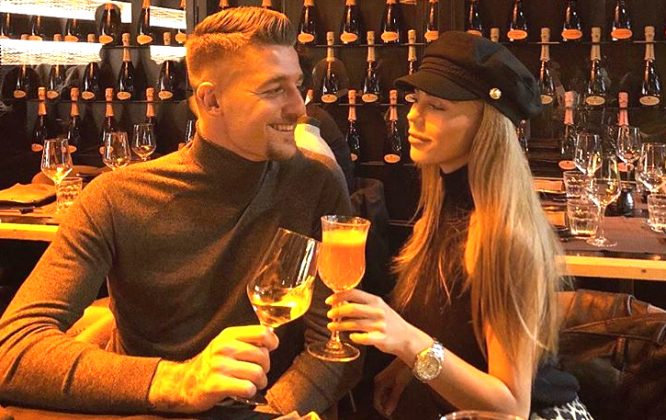 Asides from Sergej, Natalija Ilic knows no other thing than medicine. From the photo below, you could easily guess she is a medical doctor. 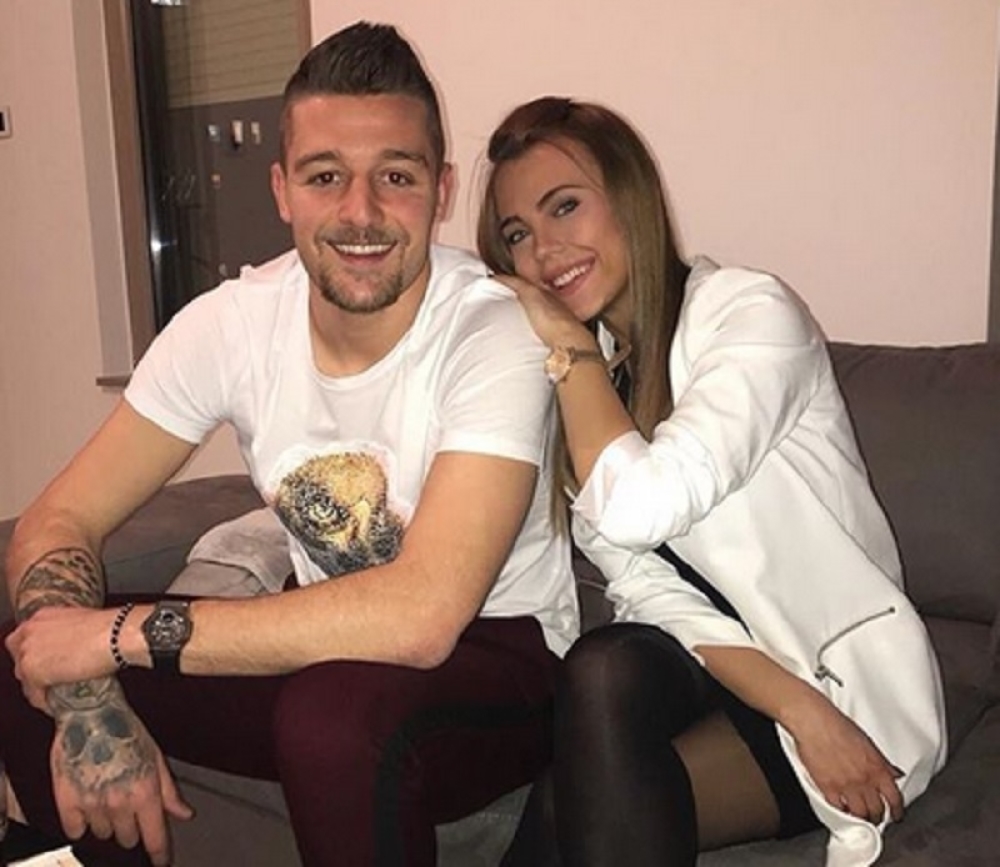 As observed from his frequent post on social media, Sergej has made the world know that he is in a stable relationship with his pretty doctor.

For instance, after disappointing performances at the 2018 World Cup in Russia, Sergei and Natalia decided to go on holiday to recharge their batteries for the new season. 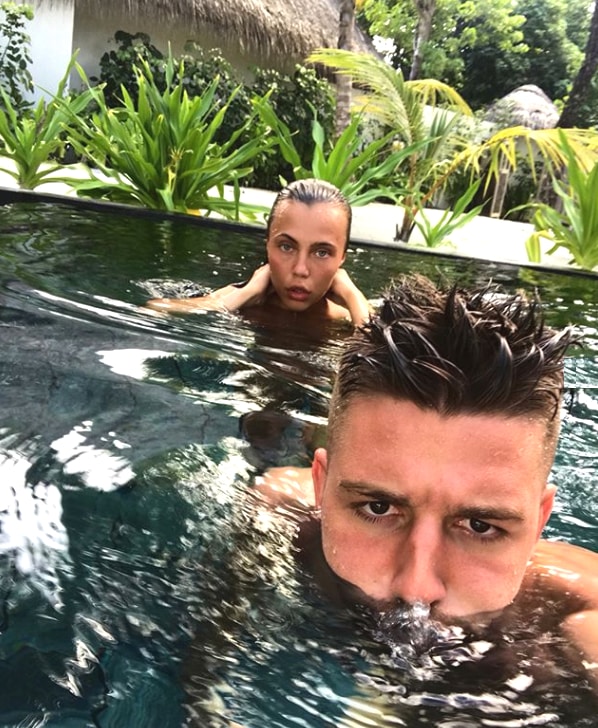 A close look at Natalia’s beauty combined with her brains would make you hold that belief that Sergej is indeed a completely fulfilled man. 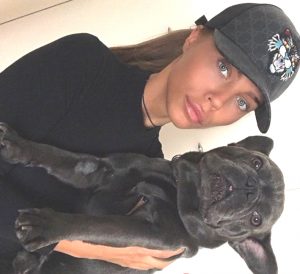 He was born on the 19th of March 1968 in Sanski Most, SR Bosnia and Herzegovina.

Nikola is a retired Serbian footballer who once played as a midfielder, a trade inherited by his first son.

Just before the Bosnian War started in the year 1991, Nikola Milinković took his family and moved to Serbia where he got a good start to his career before moving to other countries.

Back then, Sergej’s Mom was responsible for keeping him and his little brother stay grounded.

She never allowed them to fly even after they both recorded their initial success.

Both Sergej and Vanja spend much time with their mum while living in Serbia for eight years. This was when they were both taught how to speak the Serbian language.

He was born on the 20th of February 1997 in Ourense, Spain. Vanja is a Serbian professional footballer who plays as a goalkeeper.

He once suffered a setback in his career after failing to be awarded a UK work permit with English club Manchester United.

Sadly, he was released by the club in November 2015 despite a two million euros already spent by United to sign the 6 feet 8 inches goalkeeper. 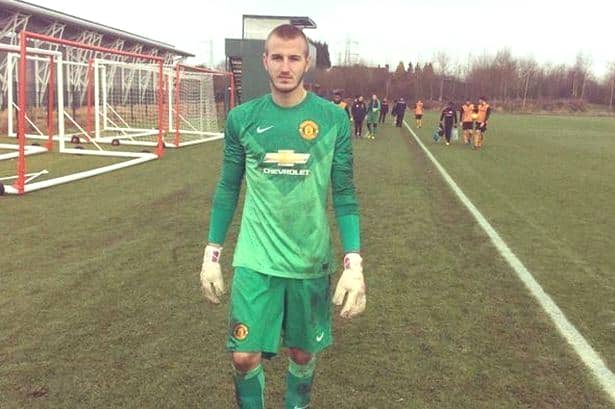 Vanja, unlike his elder brother, is different. He somehow devised a means to stay in the middle ground of his parents’ career.

The 19-year-old plays football like his father, but as a goalkeeper with his hands which relates to his mum’s basketball trade.

Getting to know Sergej Milinkovic-Savic’s personal life will surely help you get a complete picture of him.

Sergej has a calm personality, unlike his brother who is more of an extrovert. Speaking about his personality Sergej once said;

“I am quite calm, while he’s a typical goalie, ah-ha-ha … We do listen to completely different music. I love Serbian folk music and he loves rap. I like to watch action movies while he likes artistic films and French comedy … ” 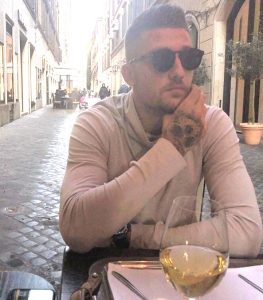 He also dislikes eating out especially having snacks or drinks full of gas. The unhealthy eating habit was responsible for ruining the career of English footballer Callum Wilson.

Love for Tennis: In addition to his family football and basketball trade. Sergej is pretty good with tennis too. Obviously, you should know who he supports no other person than Novac Djokovic.