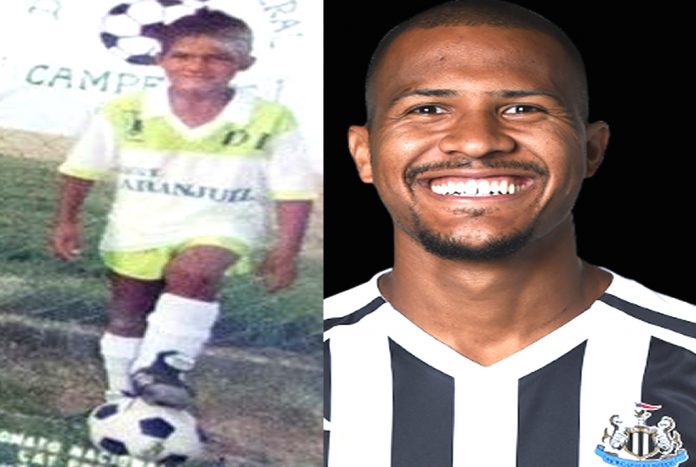 LifeBogger presents the Full Story of a Football Genius who is best known by the nickname “Gladiator“.

Our Salomon Rondon Childhood Story plus Untold Biography Fact to you a full account of notable events from his childhood time to date.

Yes, everyone knows he is someone who is able to accept or tolerate career delays, making him one of the most patient strikers the premier league has ever got.

However, only a few consider Salomon Rondon’s Biography, which is quite interesting. Now, without further ado, let’s begin.

For Biography starters, José Salomón Rondón Giménez was born on the 16th day of September 1989 to his mother, Maitana Giménez (a housekeeper) and father, José Rafael Rondón (a chemistry teacher) in the populous sector of Catia, in Caracas, Venezuela.

Below is a photo of Salomon Rondon’s lovely parents.

Rondon’s birth was predestined according to his father, who once gave an account of his son’s pre-birth story.

“My wife, when she was pregnant had a very big belly. Also at that time, my sister-in-law was an admirer of Diego Maradona because of the 1986 World Cup.

It turns out that every time we saw a game where Maradona played, baby Solomon would kick more in the womb of his mother.

Because of that, my sister said my unborn son was going to be a soccer player and she was right.  José Rafael Rondón recalled.

Rondon was eventually born as the second son to his parents in his middle-class family household. He grew up with his brothers, Gerardo who is three years his senior, and his kid brother Onlymai who is 3 years his junior.

Salomon Rondon began living his destiny early on by walking, kicking, and sleeping with a ball every night. It was his participation in football that steered him away from the poor choices he could have made as a child.

“Since I was born, I always walked with a ball and kicked everything. At four years old, I started playing at my school.”

At the tender age of 4, Rondon had accepted his idols to be Rivaldo and Ronaldo Luís Nazário de Lima.

The decision to play football in school came one day when Rondon’s teacher sought the recommendation of his mother, Maitana to permit her son to play soccer on the school’s dirty courts.

She accepted and Rondon began playing football in school during the day. His first sporting success came during his school’s competitive games where he won his first trophy. 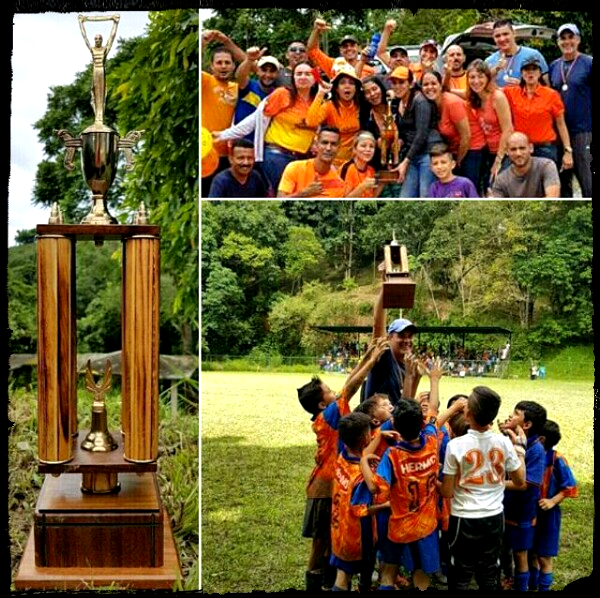 Even after returning from school, football was still a necessity. This made him enrol at his local youth club, San José de Calasanz, which gave him the opportunity to play football in the evenings.

Rondon used soccer as a complementary activity to his studies, which always went down under the supervision of his parents. They formed the habit of keeping photo albums of their son’s early football memories.

Salomon Rondon’s passion for soccer was also felt, sometimes negatively in his family home. This was a time Rondon and his brother Gerardo got fond of breaking their home’s window, chandeliers, and vases.

Receiving severe scolding from his parents led to his mum telling Rondon he would have to pay for the glasses when he started receiving monies as a professional footballer.

Rondon made the biggest decision when he was in his second year of Calasanz high school. He confronted his dad Rafael to have what he considered a very serious conversation with the chemistry teacher.

“He told me he was going to leave school to play soccer,” his father recalled.

Salomon Rondon finally made the irrevocable decision to abandon his college education and commit himself totally to soccer.

Such a decision was followed by his enrollment into the roster of the local club Deportivo Gulima after a successful trial.

While at Deportivo Gulima, Salomon Rondon had his eyes on Europe. To pursue that, he decided to continue his footballing maturation process in Aragua, a Columbian club with a reputation for projecting players to Europe.

Rondon made an immediate impact in Aragua, becoming the major subject of the club’s media. 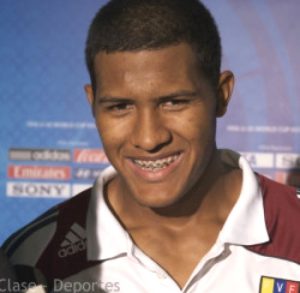 Continuous success got him promoted into the club’s senior team barely a year after joining their youth ranks.

Rondon, at the age of 17, made his debut in the Venezuelan Primera División. It took no time before he got labelled as the best attacker in his country.

In that year 2008, Rondon’s dream to play in Europe became a reality after he was snapped up by UD Las Palmas in Spain. Speaking about that emotional moment of leaving home, Rondon once said…

“Leaving my family for Europe was the hardest thing. My mum’s final words to me was ‘Go!’ My mum was crying when she said that.

I cried too. Then, I was just 19 and knew nothing.

The worst was that I didn’t know how to cook… I was always on Skype saying, ‘Mum, how can I cook the pasta?!’ My grandma was like, ‘Put the water in the pan and…!'”

In Europe, Rondon progressed and found himself playing for Malaga. He didn’t take long to make an impression with the club.

Did you know?…  While at Malaga, an emerging and ageing Rondon displaced goal-scoring machine Ruud van Nistelrooy frustrating him and later forcing him into retirement. 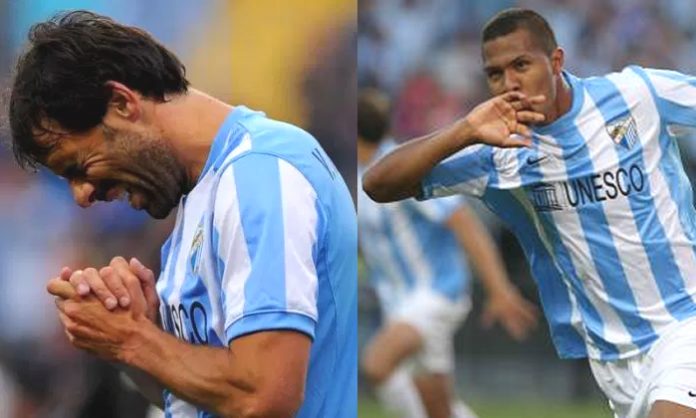 Salomon Rondon continued to be a hero after sacking an ageing Ruud van Nistelrooy. Thanks to his form, He surpassed the record of LaLiga goals scored by former Venezuelan footballer Juan Arango.

The “Savior of Malaga” as he was called, saw himself helping the Spanish club escape relegation. 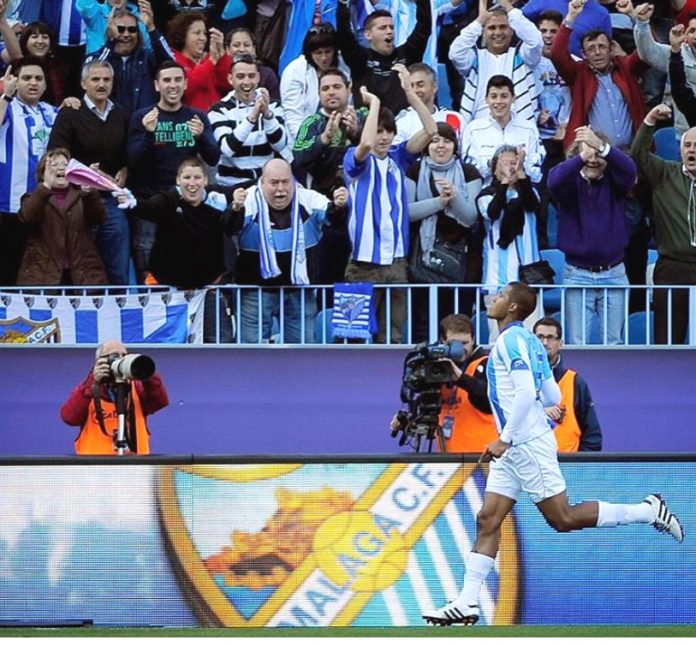 Rondon, just like Ecuadorian Michael Estrada, etc, are among the most underrated strikers in South American soccer. The rest, as they say, is history.

The romance of Salomon Rondon is one that escapes the scrutiny of the public eye simply because his love life is drama-free. Behind the successful Venezuelan, there exist a glamorous wife and beautiful kids.

Salomon Rondon, at the time of writing his Biography, lives in Newcastle, which he believes is a “great city” for his family.

“My wife, my two kids, my mother-in-law, the grandma of my wife, I have my family around me,” said Rondón,

Getting to know Salomon Rondon’s personal life would help you get a complete picture of him. Starting off, he is someone with a methodical approach to life which ensures that he places the decision to seek happiness above all things. 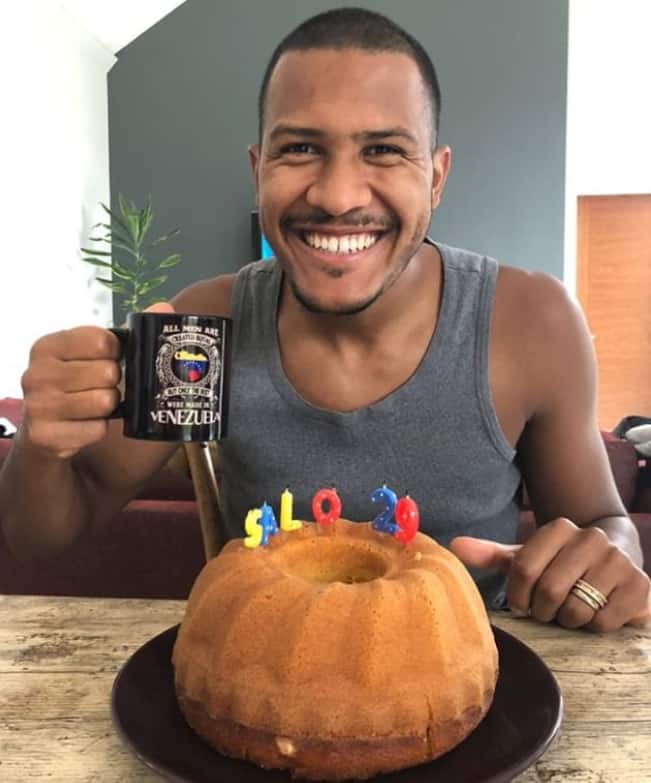 Away from scoring goals in the pitch, Salomon Rondon spends valuable time performing boxing workouts which he believes increase his upper-body strength. Below is a video of such workouts.

Rondon believes in boxing as a sport for self-defense. In the video below, he is able to put boxing into good use by teaching his kid how to defend himself and never using the sport as a means of looking for problems.

Away from St James’ Park, playing with his children and boxing, Rondon derives joy in walking with his dog. 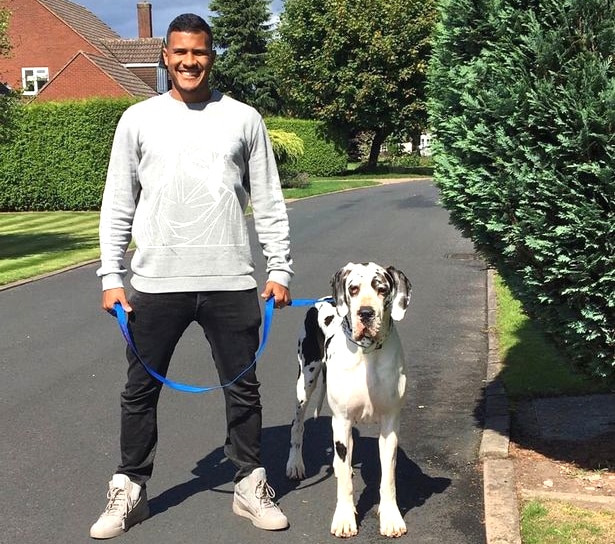 Being his country’s most famous footballer and sole Premier League representative surely makes Salomon Rondon’s family and the whole of his country people proud of him.

Salomon Rondon’s parents and brothers remain in Caracas, Venezuela which at the time of writing. This is a country that is politically unstable due to its long-running economic and political crisis.

With inflation going out of control, violent crime is rife and the murder rate terrifying in Venezuela. Speaking about the risks of kidnappers, Rondon once said;

“Very few people know who my family is. Again, I try as much as possible that I do not see them with me – not at all in Venezuela.

If I am with them, it is always at the family home. We never go out together so as not to draw attention. I try not to draw any attention to myself at all when I am there.”

Despite the security concerns, Rondon is not shy to take photos with his parents especially his lovely dad whom from being a chemistry teacher later became a chemistry professor in one of Venezuela’s military schools.

About his Gladiator Nickname:

According to the Mirror, Salomon Rondon once reveals he enjoys being called by his nickname… “The Beast.” during his time at Malaga.

Upon joining Newcastle, fans started calling him “Gladiator” which is a nickname he prefers the most.

“I like the nickname ‘Gladiator’. This is what I try to be on the pitch. I open my arms, look big, get my body in the way and try to control the ball for my team.”

After uploading a Gladiator Skills video, Rondon decided to make his fans compete for a prize by requesting they send videos of their best flicks and tricks with any object that’s not a ⚽ using the hashtag #GladiatorSkillz #Gladiador #Gladiator. Below is Salomon Rondon’s Gladiator Video.

Thanks for reading our Salomon Rondon Childhood Story plus Untold Biography Facts.

At LifeBogger, we strive for accuracy and fairness in our quest to deliver South American Soccer Stories. Truly, the Life History of Pervis Estupinan and Leonardo Campana will excite you.