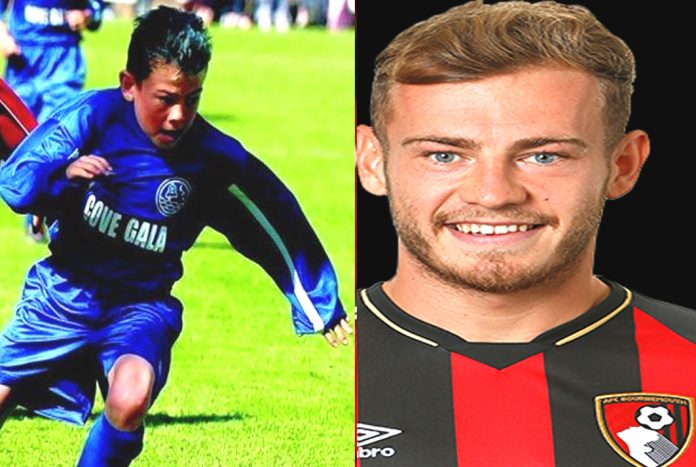 LifeBogger presents the Full Story of a Football Genius known by the nickname “Wee Man, Ryzi”.

Our version of Ryan Fraser’s Childhood Story, including his untold Biography, brings you a full account of notable events from his boyhood days right until he became famous.

Yes, everyone knows Fraser as an old-fashioned Scottish winger and goal-assistant specialist. However, not many football fans have read Fraser’s Bio, which is quite interesting. Now, without further ado, let’s begin.

For Biography starters, Ryan Fraser was born on the 24th day of February 1994 to his mother, Debbie Fraser and father, Graeme Fraser, in the port city of Aberdeen, northeast Scotland, United Kingdom.

The Scott, whose race and ethnicity is white, was born as the only child to his parents.

Why Sporting Home?… It’s because his mother was a former 100 meters sprinter who represented Scotland in athletic events.

Ryan Fraser spent the early years of his life at Aberdeen, Scotland, before moving with his parents to Oman, the Middle East country where his dad got a job as an offshore worker, TheScottishSun report.

Ryan’s dad Graeme Fraser, upon getting the middle-east oil job, made the decision to relocate his entire family.

How the Football Journey Started:

While Ryan Fraser lived in Oman with his parents, he had a ball, and all he did was just kick it about. Little did he know he was building up talent from it.

Ryan didn’t only kick about his ball, he learned how to sprint with it. This was the defining moment his mother’s genes began manifesting in a sport neither of his parents liked at first.

Speaking about likeness, Fraser once reflected on his youth saying; “My mum and dad don’t really like football, so I don’t know how I got into it.”

It was probably as they saw their son excel in the sport that got them not just getting interested in it, but making the ultimate decision of returning to their home country.

When Ryan Fraser’s father realized his son was good at soccer, he decided to quit his rich oil job, all in the name of heading back to Aberdeen.

Young Fraser was ten at the time his family decided to help him pursue his dreams of becoming a footballer.

Although it was hard for Graeme to leave his offshore job and Debbie to deal with retirement from Athletics. However, both lovely parents decided to continue living their dreams through their son.

Ryan Fraser’s family decision paid its dividends as they saw little Ryan getting selected among successful kids who had passed trials with Kincorth soccer academy located in Aberdeen, Scotland.

Getting admitted into a prestigious academy was a long shot, one which definitely paid off. As Ryan continued to mature, he saw himself settling well into life with the Academy.

Early on in his career, it became very obvious that young Fraser had inherited his mother’s speedster genes. Fraser was the smallest and the fastest kid in the academy.

Ryan Fraser left Kincorth Academy at the age of 16 after signing a contract with Aberdeen FC.

As Ryan Fraser continued to mature, he saw himself settling well into life with the Academy. He made serene progress through the academy age groups, earning the trust of his youth coach.

The year 2010 saw Fraser being given a chance to play in the Aberdeen senior team where he continued to stand out in his games.

Fraser made an immediate impression in the Aberdeen first team during the early part of the 2012–13 Scottish Premier League season.

This feat earned him the Young Player of the Month award for September and October 2012.

When the Going Got Tough:

The situation got out of hand, that then Aberdeen’s manager Craig Brown had to express concerns that opposing teams were targeting Fraser with tough tackling.

Following these challenges, Fraser decided to reject a contract extension with hopes of continuing his football down south in England. This decision went against Aberdeen fans, who reacted negatively.

What was much harder for Ryan to bear was the abuse directed at both him and his family from former Aberdeen fans who were not pleased with his departure.

Speaking about the experience, Fraser once said: “It was hard to deal with my transfer decision which was made worse when I went down and got injured straight away.

Two weeks into the move, I felt like I made the right choice, but my family and I got hammered for it”. There was a time Ryan Fraser got tweets and messages which were quite abusive and worthy of not reacting to.

Despite his disappointing start at Bournemouth and the abuse that continued to be hurled, Fraser was always convinced he had made the right call in his decision to travel far south.

He decided to do his talking on the pitch than to pay attention to what his former fans were saying about him and his family.

According to the Scott, “If some people still think I’ve made the wrong decision, fair enough.”

The period of the injury became a moment of sober reflection for Ryan Fraser, who once said in his words;… 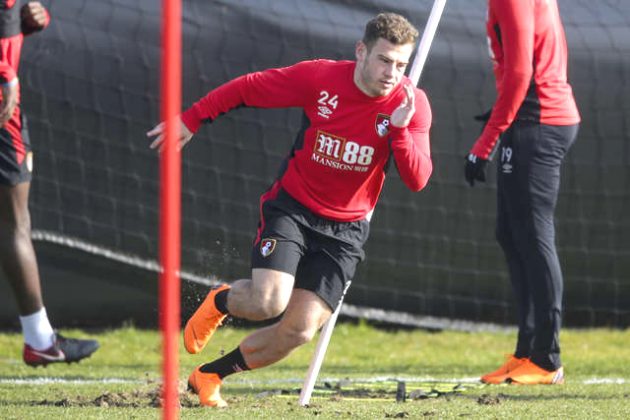 “With the injury, I didn’t play much in my first season, but I felt within myself the fact that I was growing as a player.

There were things in my game I hadn’t really understood. It was that period I began knowing the game inside out. I learned when to do stuff, when to cross the ball, when to come inside, when to stay wide.”

Just after the injury, It took no time before Ryan began to flourish on the south coast. This saw him earning much praise for his consistently impressive displays.

As of the time of writing, Ryan is now firmly established in the Premier League under Eddie Howe.

The 2018/2019 premier league season had seen him becoming an assist king for Bournemouth. Still, as of the time of writing, Fraser is being considered the best assist giver after Eden Hazard and Christian Eriksen.

Today, the world has seen that a bold and much-criticized decision had led to a remarkable rise and also mirrored the fortunes of his club. Fraser played alongside Arnaut Danjuma and Callum Wilson before joining the latter at Newcastle.

The rest of his Bio, as they say, is history.

Who is Ryan Fraser’s Girlfriend or Wag? 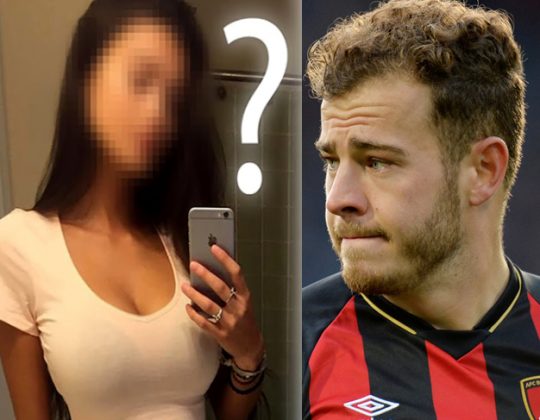 Forget his height, there is no denying the fact that Ryan Fraser has endearing qualities, with that handsome look which sure makes him a darling vine to ladies.

However, according to several online reports, it appears Ryan Fraser appears still single as at the time of writing.

Nevertheless, we are guessing he might be in a relationship but prefers not to make it public, at least for the moment.

Getting to know Ryan Fraser’s personal life would help you make a complete picture of him. Away from football, Ryan Fraser lives a very normal and humble middle-class life. 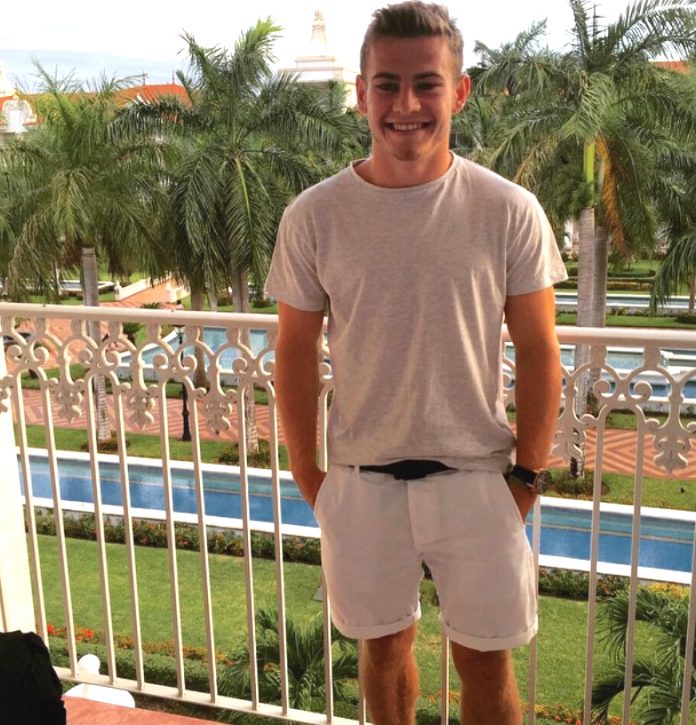 More so, in his Personal Life, Ryan Fraser is a bit of an introvert. He prefers to keep the spotlight firmly on his game and, therefore, avoids discussing his personal life on public platforms. This makes it difficult for the media to speculate much on him.

Right before he ventured into football, Ryan Fraser’s family was rich enough to earn about $100,000 (oil worker’s average annual wage) a year with sporting retirement benefits for his mum.

However, earlier in this article, it appeared not every member of Ryan Fraser’s family had loved sports from the onset.

Did you know?… Fraser’s mum, Debbie, was once going to run in the Olympics, but then she had a knee injury, which ended her career.

Despite Debbie being long since retired from athletics, she once almost out-ran her superstar son when they had a running context. Speaking about that, Ryan once said;…

“My mum is faster than me – a lot faster! She was injured at that time, but we had a sprint down the street, and she’d still nearly beat me. She’s smaller than me, but she’s rapid!”

Despite giving his mum many accolades, Fraser would forever be grateful for his dad, who made that huge sacrifice of abandoning his money-paying oil job for his career.

All Graeme Fraser wanted was for his son to enjoy football and concentrate on that, even at the expense of his dreams.

Fraser, at the time of writing his Bio, has a market value of £16.20m, according to TransferMarket Report.

However, this fact doesn’t transcend to a Lavish Lifestyle easily noticeable by a handful of flashy cars, big mansions, girls and buzz. Ryan Fraser prefers to spend his monies on golf subscriptions.

Ryan Fraser was once an addict to Pizza and Ice-Creams, perhaps the cause of his earlier injury problems.

Eddie Howe once convinced him to give up Pizza and Ice-Creams habits in other to adopt a much healthier diet plan.

Eating a much healthier diet had made him withstand robust tackling and rough treatment often dished by the defenders.

Ryan Fraser is among very few footballers who have been part of a TV show appearance. Did you know?... He was an actor on the sports show “Football on 5: The Championship“. 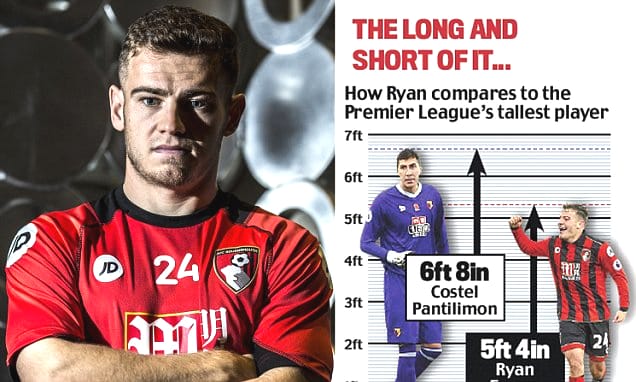 Standing at just 5ft 4ins, Fraser is currently the smallest player in the English top-flight as at the time of writing. Despite the height, the tiny star has made huge strides in the premier league.

FACT CHECK: Thanks for reading our Ryan Fraser Childhood Story plus Untold Biography Facts. At LifeBogger, we strive for accuracy and fairness.