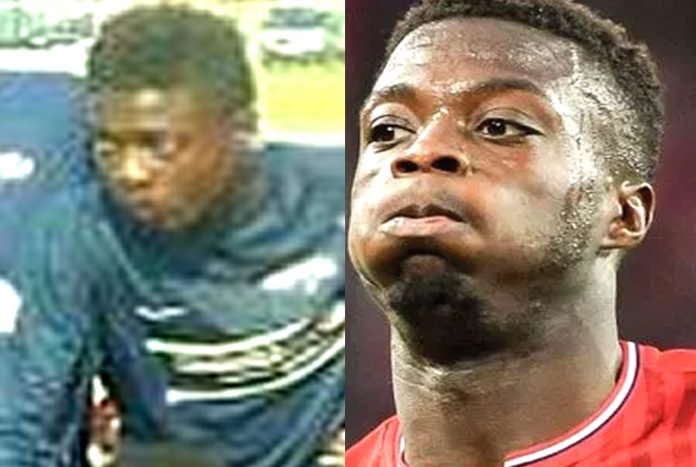 Our Nicolas Pepe Childhood Story plus Untold Biography Facts bring to you a full account of notable events from his childhood time to date.

Yes, everyone knows his abilities which have kept Europe’s top clubs weak and begging at the Knees.

However, only a hand few of football fans consider Nicolas Pepe’s Biography, which is quite interesting. Now, without further ado, let’s begin.

For his Biography starters, Nicolas Pepe was born on the 29th day of May 1995 to his mother, Mrs Pepe and father, Papa Celestin, in the Mantes-la-Jolie commune in north-central France.

Below is a photo of Nicolas Pepe’s parents; a hardworking dad and his beautiful mum.

Nicolas Pepe comes from humble beginnings and a poor family background. Although he was born in France, his parents are Ivorian immigrants who migrated from Ivory Coast to France in the mid-1990s to seek a better living.

Upon setting in Paris, Nicolas Pepe’s parents had to seek available jobs. His dad Celestin took up the job of a Prison warder while his mum remained a housekeeper.

They gave birth to Nico and raised him in the Mantes-la-Jolie commune. Later on, in his early life, Nicolas Pepe’s parents decided to migrate to Poitiers in western France after his dad took up a job in the area.

Growing up in Northeast Paris, there were no toys or games. All Nicolas did was kick his soccer balls. He always loved the ball at his feet.

The major highlight of his education came when he was aged 6. This was the moment he had an encounter with his teacher at school who asked him… “Nicolas, what do you want to do in life?” 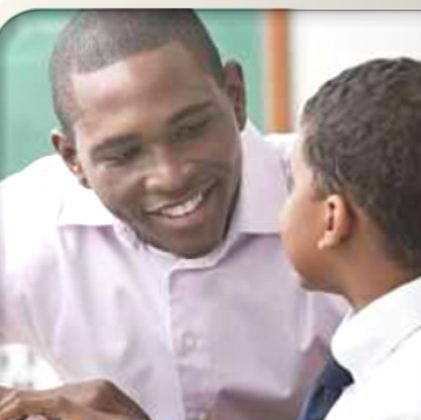 Nicolas replied; “I want to be a professional footballer when I grow up”. This decision surprised his teacher, who never knew Nico was strong-willed and determined to reach his goals. Thus, he decided to help the little boy.

The wake of France’s success at the 1998 World saw a huge turnout of African migrants participating in football. Nicolas wasn’t an exception.

Although he went on with his education and mixed it with football until his early teenage years. Nico was never a product of any academy for starters aged 5-9 years.

Pepe continued passion for soccer saw him passing trials and enrolling with the local French club, Poitiers FC (now known as Stade Poitevin). The club’s senior team at that time played in the French fifth-tier league. 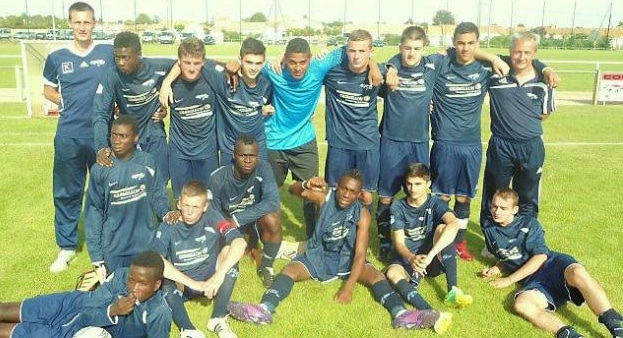 Upon joining the club, everyone became blown away by his ability on the ball. Despite his impressive performances at the youth level, football scouts from bigger academies became deterred by Nicolas Pepe’s rangy physique as well as concerns about his attitude.

There were thoughts that Nicolas was inconsistent or that he was lazy in certain situations. Due to this fact, no one approached or appreciated him.

In spite of the reservations expressed by football scouts and other recruiters, Pepe knew what he wanted. He later got his form back as he became a regular in the Poitiers first team.

Nicolas Pepe’s performance continued as he was instrumental in helping the Poitiers secure a 3-1 win which spared them from relegation in the 2012-2013 season.

Such success got him an offer with Angers, a football club located in Western France.

This is the turning point to Nicolas Pepe’s success. It all happened on a very beautiful day.

According to BleacherReports, it was the day Sporting Director Luis Campos spotted Nicolas while attending a match he played.

Although the former Real Madrid scout was there to look at an opposing team’s player. However, from that moment he saw Pepe, he had eyes for no other soccer player, not even his target whom he came to scout.

This “love at first sight” was further strengthened when Pepe scored a brilliant 82nd-minute superb equalizer. 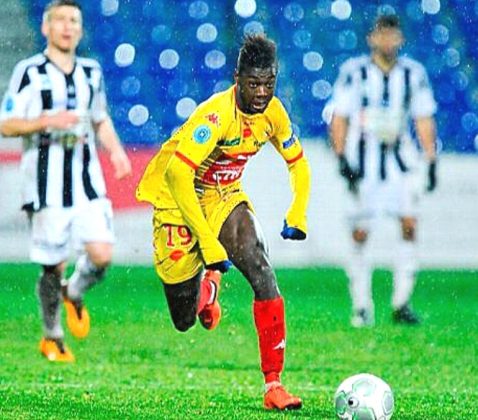 “I quickly fell in love with him,” Campos told the France Football website in an interview. After seeing enough of Pepe, he decided to tell Lille’s new owner to purchase the French-Ivorian star.

Pepe joined Lille on the 21st of June 2017 after a loan spell with Orléans. Just a few months after joining the club, he became part of a drastic rejuvenation process by the club’s management.

His blistering pace on the break turned Lille into one of the most devastating counter-attacking teams in Europe.

As well as his beautiful goals, Pepe’s stats have shown that he is also one of the best goal-creators on the European continent. 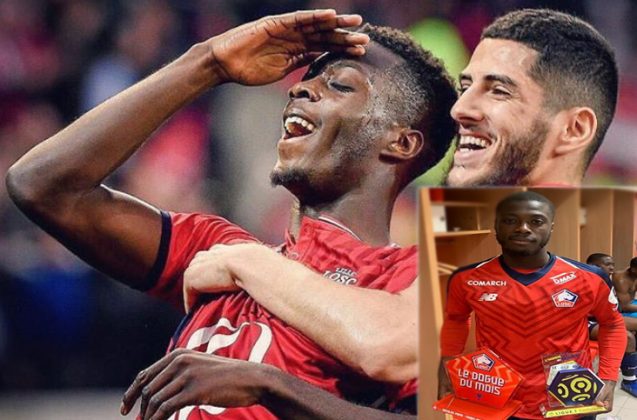 Without a doubt, it is the first time since Eden Hazard left for Chelsea in 2012 that Lille can lay claim to one of the most exciting players in world football. The rest, as they say, is now history.

Who is Nicolas Pepe Dating?

With Nico’s rise to fame, the question on everyone’s lip is…Who is his girlfriend or WAG?.

There is no denying the fact that Nico has endearing qualities, including his handsome look wouldn’t make him a darling vine to ladies.

However, the possible hidden romances of Nico is one that escapes the scrutiny of the public eye simply because his love life is private and possibly drama-free.

At the time of writing, Nicolas has preferred to focus on his career and has sought to avoid any spotlight on his private life.

Getting to know Nicolas Pepe’s personal life facts would help you get a complete picture of him.

Starting off, he is someone with a quick-witted personality. Pepe is sociable, communicative and always ready to have fun with friends.

However, there are times he gets serious and thoughtful. These are moments when he does reflect on his future. 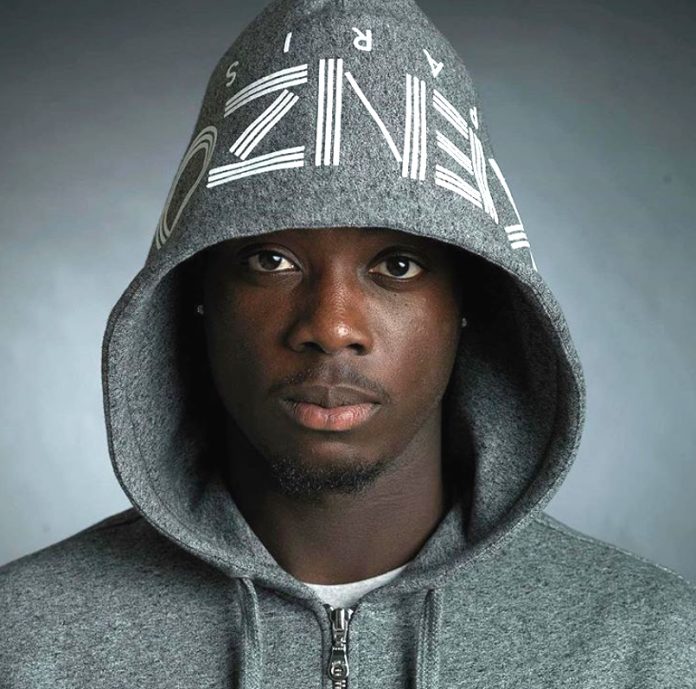 Finally, on his personal life, Pepe is someone with a constant feeling that there isn’t enough time for everything.

The key to Nico’s success is his caring parents and family members. His dad, for instance, sacrificed everything to guarantee a better future for his son.

This was the moment he decided to put his Prison supervisor work aside for his little boy to have a career. Celestin worked and took out time to accompany his son for training.

He went as far as getting a license as a soccer educator in order to stay close to his son.

Today, Nicolas Pepe’s parents are presently reaping the benefits of having him in the family. According to his social media account, he appears to have a good relationship with his mum.

Pepe didn’t grow up alone alongside his parents. He also has siblings (one of whom is Kwame Pepe) and other close family members.

Pepe’s devotion to making sure his parents are comfortable and content is similar to his commitment to Atletico Madrid.

According to TransferMarket, Nicolas Pepe’s current market is valued at 36 million Euros.

This face surely makes him a millionaire footballer. This fact, however, doesn’t transcend into an extremely glamorous lifestyle.

Nicolas Pepe is smart about managing his football monies. This means not spending like crazy, or changing his lifestyle. 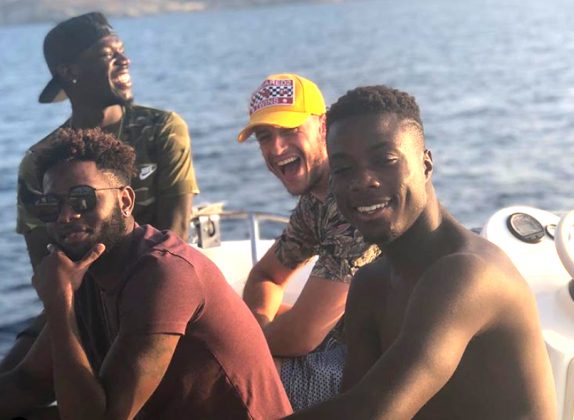 What Religion is Nicolas Pepe? Nicolas is a Muslim footballer, one who loves to showcase his religion in style. He is fond of visiting the Dubai desert in the United Arab Emirates.

Did You Know?… This nickname is the French name for the Road Runner from the Looney Tunes cartoon series.

Nico prefers operating from the wing instead of the unfamiliar role of a central striker given to him by coaches. 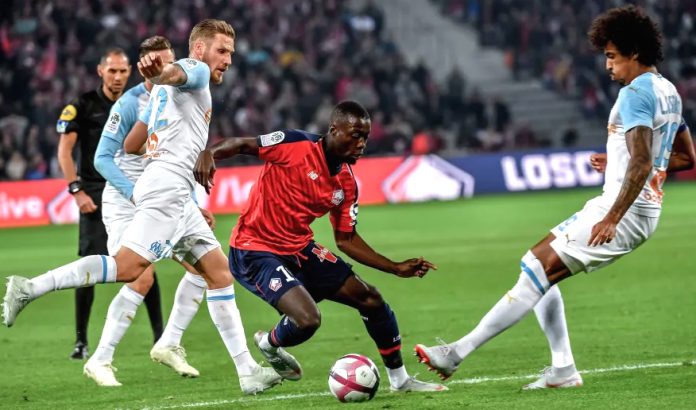 FACT CHECK: Thanks for reading our Nicolas Pepe Childhood Story plus Untold Biography Facts. At LifeBogger, we strive for accuracy and fairness.