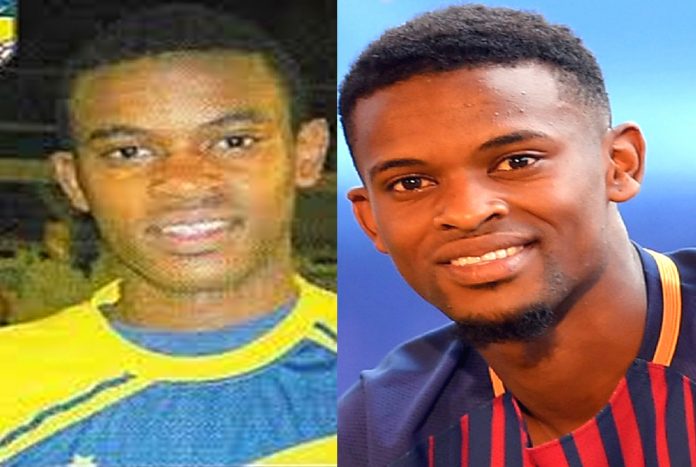 Lifebogger presents the Full Story of a Football Genius who is best known with the name “The Motorist“.

Our Nelson Semedo Childhood Story plus Untold Biography Facts bring to you a full account of notable events from his childhood time to date.

Yes, everyone knows about his speedy abilities on the flank, a reason for his nickname “The Motorist“.

However, only a few consider Nelson Semedo’s Biography which is quite interesting. Now without further ado, let’s begin.

For Biography starters, Nélson Cabral Semedo was born on the 16th day of November 1993. He was born to his African parents in Lisbon, Portugal. Speaking about his origin, Semedo is a mixture of both Portuguese and Cape Verdean heritage.

This explains the reason why the energetic player is quite close to his fellow countryman Cristiano Ronaldo, who also have Cape Verdean roots.

Nelson Semedo grew up with his beloved mother, a relatively unknown father, and a brother in the Portuguese suburb of Mira-Sintra. His mother pictured below raised him in a Catholic household.

Nelson, since his childhood, had nothing but fond memories of the time to spend with his elder brother, who preferred to follow the route of rejecting soccer. He got education up to his postgraduate. 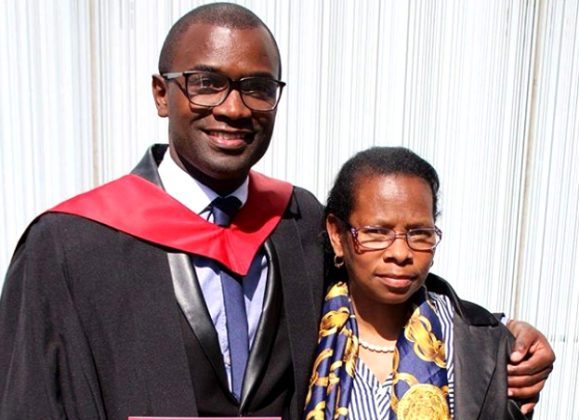 Mira-Sintra, the hometown of Nelson Semedo, is a welcoming place, a little town with family and a PlayStation fun feel. For Nelson, It’s all about the football simulation video game FIFA which he played for fun.

Early on before his teenage years, Nelson had a twist with fate with FIFA’s FC Barcelona team, without knowing his destiny would take him there in the future. Put simply, he, just like Cody Gakpo and Gleison Bremer, were once addicted to football video games.

According to the FC Barcelona website, Semedo was always fond of choosing FC Barcelona on FIFA when playing video games with his friends because right from time, even before the advancement of Messi, he always thought “they are the best team in the world.”

The reason for using FC Barca on PlayStation FIFA Gaming Series was because of one name “Ronaldinho“.

The magician footballer who once played at FC Barcelona dominated the front page of the FIFA 2007 PlayStation 2 gaming series. 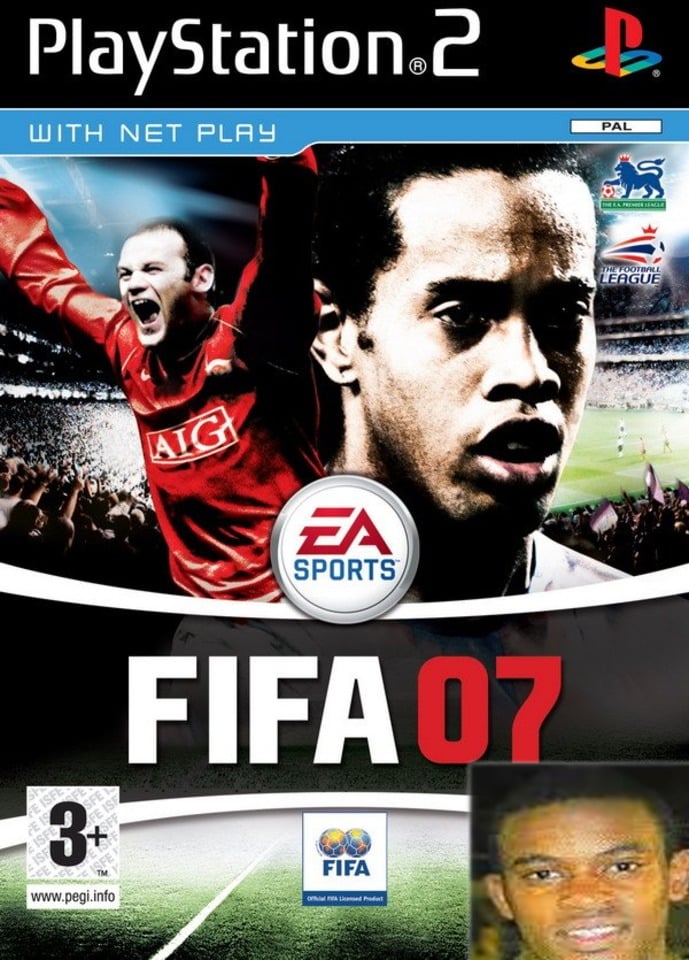 Apart from being a PlayStation addict, Nelson also got himself addicted to wearing FC Barcelona T-Shirt as at the time he decided to start playing Street Football with friends on local pitches. At that time, it was all about street football.

I had never played for an official team. And I tried a few times when I was young but I couldn’t manage it. I started playing in the streets. said Nelson Semedo.

While most notable footballers we know today had picked up a career at relatively young ages, Nelson Semedo became different.

He continued playing street football until he was 15, the year a Sintrense club staff saw him and took an interest in his abilities.

Before his attempted trial at Sintrense, a club with notable standards, Semedo had been previously told he was too small to make it.

Looking at how a string of other youngsters made it, he was able to prove that stature is no barrier if effort and application are given in ample measure.

Semedo’s passion for soccer in 2008 saw him passing his trials and enrolling into the roster of local youth team Sintrense, a local side in Portugal’s third division at that time. 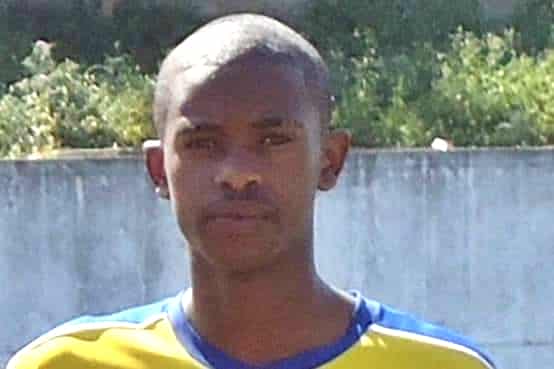 Sintrense’s team management provided Nelson Semedo with a stress-free environment that he needed to progress. Nelson Semedo started playing as a midfield who liked playing up front and scoring goals.

Semedo’s initial progress was slow-burning with patience being his best suit. Patience and determination within 3 years of play saw him explosively rising above his young football ranks and getting promotion into the club’s senior team.

At this time, he got monitored by top Portuguese clubs, among whom was Benfica, who acquired his services.

Nelson Semedo was assigned to play with Benfica B after joining the club. At some point, he developed the intention of leaving Benfica B for a smaller team because he wasn’t getting the chance to play in midfield.

It was Semedo’s former coach O Jogo who had to convince Semedo to play right-back.

“I managed to convince him to remain with Benfica and play as a right-back. I spoke to him and made him understand the opportunity he had.  Today he has been rewarded for the effort he has put in. said Jogo.

Following the end of his Benfica B career, Semedo went on loan to Centro Desportivo de Fátima. He was observed to have developed rapidly upon his return after 29 games.

With Benfica senior team, Semedo regained his starting position and went on to be the third most used player in their historic fourth league title in a row. 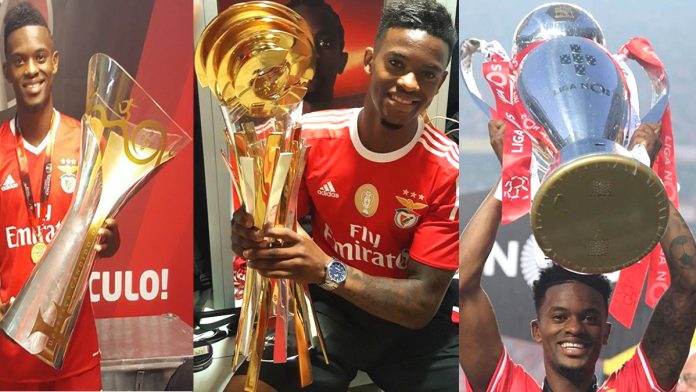 The Portuguese’s performances throughout the 2016-2017 season led to him becoming the breakthrough player of the Year 2017.

Sometimes, a lucky twist of fate happens in football. Nelson Semedo might not be the best right-back in the world who aspire to play for FC Barcelona.

But his childhood determination and aspiration paid off on the 13th day of July 2017 when FC Barcelona announced his signature with the club. 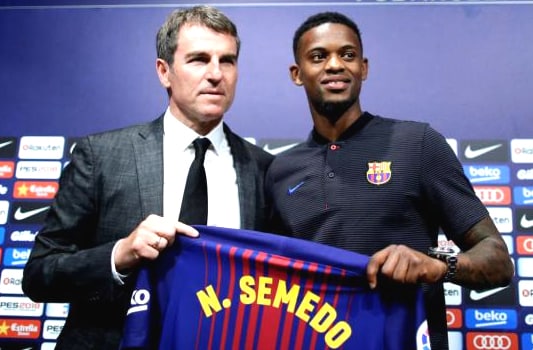 Did you know?... Andre Gomes influenced Semedo’s ability to make a jump at Camp Nou. He was also instrumental in helping his fellow countryman settle down. 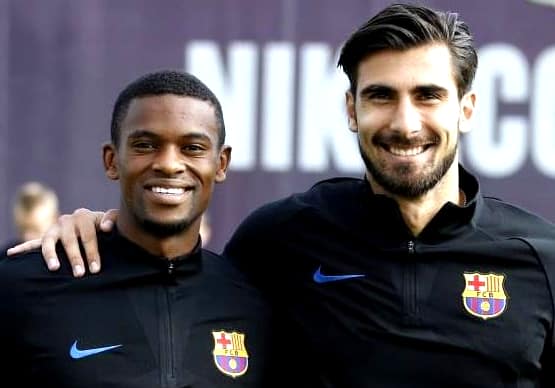 “I talked with Andre about how big the club is, the good atmosphere in the locker room and that it is really like a family” Semedo revealed upon signing. “I really liked what he told me and I’m lucky to be here to experience it with him.”

Nelson Semedo became the 12th Portuguese to turn out for the Catalan side, following names such as Figo, Deco, and Vitor Baia.

Throughout his incredible career, he has been awarded LPFP Primeira Liga Breakthrough Player of the Year(2016-17) and among the UEFA Champions League Breakthrough XI (2017).

Indeed, little would Nelson Semedo have imagined that some years ago, a 15 years old street footballer like him would end up at Barça. The rest, as they say, is history.

The romances of Nelson Semedo escape the scrutiny of the public eye simply because his love life is drama-free.

Behind the successful Portuguese footballer, there exists a glamorous WAG in the beautiful person of Marlene Alvarenga.

Rather than going for a white lady, as most black footballers do, Nelson Semedo prefers to date someone from his family origin.

Marlene without doubt, a beautiful addition to the abundance of beautiful women among FC Barcelona’s WAGs. She is very supportive of her man via posts from her own Instagram account.

Nelson Semedo is today happily married to Marlene Alvarenga. Currently, both lovers are blessed with a child named Luana Pereira Semedo, who was born on the 9th of May 2016.

The couples make a public appearance together and often visit expensive destinations during football vacation. 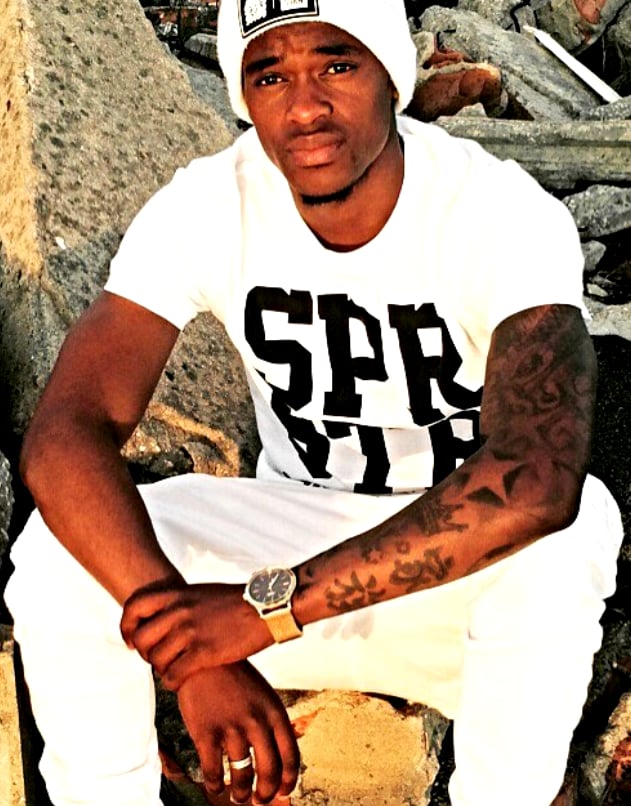 Getting to know Nelson Semedo Personal Life would help you get a complete picture of him. He has once revealed himself as a quiet and normal guy who places great value not just on family and close friends.

“For me they are really important, chatting with friends and family, even if it’s at home, is what I like,” Semedo once admitted.

Nelson Semedo is a Footballer who seem to have it all. He’s got the money, a great house and a flashy car thanks to his extraordinary salary as a footballer. 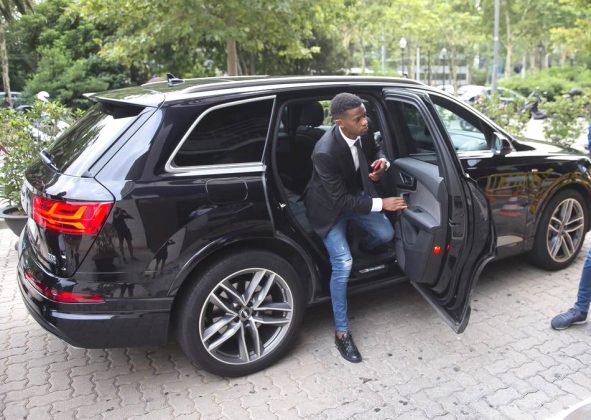 Semedo appears to be someone who is deeply connected to his family and his Cape Verdean roots. Cape Verde is not a rich nation like Portugal.

The country hardly plays friendlies because of the expense incurred. Over the years, there has been an exodus of players from the Cape Verdean national squad.

One of such footballers is ex-Manchester United player Nani. The Legend was born in Praia (capital of Cape Verde) but opted to represent Portugal.

Other notable footballers with Cape Verde roots include; Patrick Viera and Henrik Larsson.

Did you know?… Having just signed for FC Barcelona, Semedo got himself engaged in a fight with Neymar. It happened during a training session on their tour of the United States. An incident was captured on camera. Credit to DailyMail.

It took Nelson Semedo 5 months to talk about the incident in an interview with Maisfutrbol, he once said;

“The fight didn’t set me back, it was a normal situation in training. I had the support of the team and my friends. I just arrived and one of the most important players in the team got in a fight with me.

It annoyed me at the time but I also understood Neymar was in a difficult moment at that time. It was a time he wanted to leave the club.”

Semedo wore number 50 at Benfica. This is a number that cannot La Liga won’t allow anyone to wear. The Spanish league only allows first-team players to wear numbers 1-25. 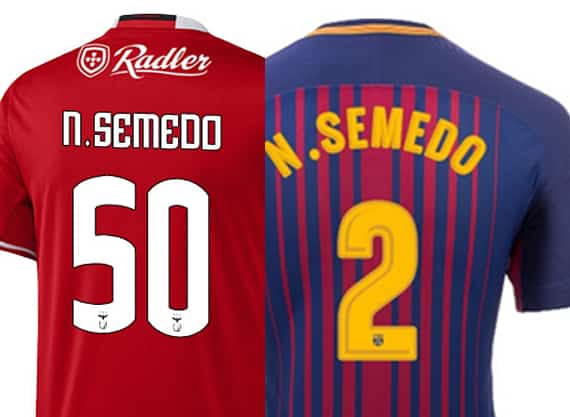 FACT CHECK: Thanks for reading our Nelson Semedo Childhood Story plus Untold Biography Facts. At LifeBogger, we strive for accuracy and fairness.