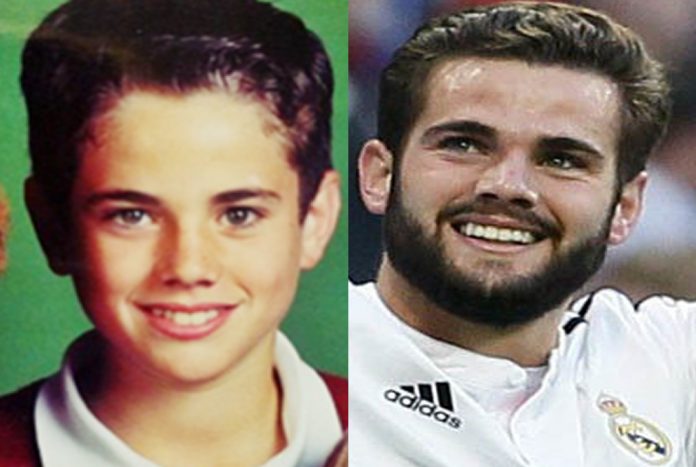 LB presents the Full Story of a Defensive Genius who is best known by the nickname; “One Club Man“.

Our Nacho Fernandez Childhood Story plus Untold Biography Facts brings to you a full account of notable events from his childhood time to date.

The analysis of the Real Madrid Defensive Legend involves his life story before fame, family life and many OFF-Pitch facts little known about him.

Yes, everyone knows about his explosive volley at the 2018 FIFA World Cup opener for his country. However, only a hand few fans know much about Nacho’s Bio which is quite interesting. Now without further adieu, let’s Begin.

José Ignacio Fernández Iglesias was born on the 18th day of January 1990 in Madrid, Spain.

He was born to his mother, Maite Iglesias and father, José María Fernández Nacho both lovely parents (pictured below) have their origin from Madrid Spain.

Nacho Fernandez childhood story is interesting, if not uncommon – that of the testing childhood life which became blessed with extraordinary fame.

Nacho was born as the firstborn child and son of his family. He grew up with two of his siblings namely Alex and Maite Fernández who bears the same name as her mother.

As a child, Nacho had a shy and quiet personality. On the other hand, he could be determined and energetic in his pursuit of knowledge and adapting to moral values taught to him by his parents.

Taking good care of his siblings denotes another attribute Nacho possessed during his childhood days. 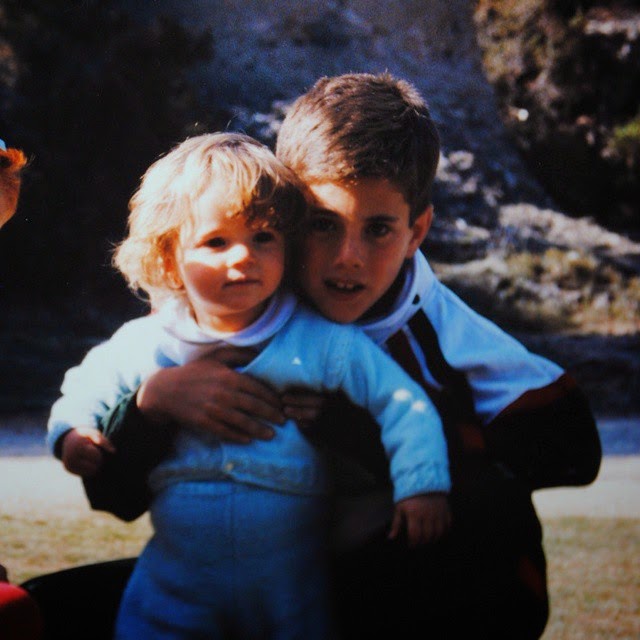 Nacho and Alex’s passion for football saw them enrol on the roster of a local youth team, AD Complutense.

This local team gave both Nacho and Alex the stage to showcase their talents. The bigger picture for the boys was to have a successful enrolment at the Real Madrid academy.

After spending few years at AD Complutense, Nacho became was ready for the bigger challenge. With encouragement from his parents, he decided to go for trials at Real Madrid academy. Nacho arrived in Real Madrid‘s youth system at the age of 11. 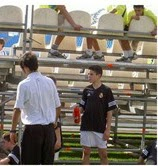 Just after one year of being at the academy, doctors told him he was diabetic. This moment defined Nacho’s struggles in the most important part of his childhood time.

First, he was advised to be determined, by not letting the disease impact him in a negative way.

Having football academy commitments meant it was tough for Nacho to look after his career and manage his health on the other hand. The first had to be sacrificed for the other. In his words;

I remember going to the hospital – I was supposed to go to a tournament with Real Madrid but had to miss it – and I was seen by a doctor, not an endocrinologist.

She told me my footballing days were over.

I had a really rough time that weekend. Three days later I saw Dr Ramírez, who would become my regular endocrinologist and whom I’ve grown very fond of.

He told me the complete opposite: in no way was football over for me.

In fact, it was essential I continued playing because physical exercise is very important. That Monday, my life started again.

Nacho with the support of his club took greater care with his diet and the way he rested.

Apart from making himself more responsible healthwise, Nacho had to carry his medical equipment such as Diabetes medicines, Cell phone, Emergency snacks, first-aid kit, insulin, monitor, water bottle etc where ever he goes. 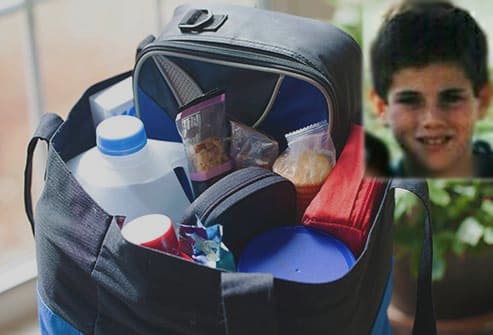 There were food types he was careful about. Nacho became lucky as his diabetics became under control.

More so, he got along well with his doctors, continued his career without fear and grew up in the club’s youth football ranks.

On 2 September 2012, main squad manager José Mourinho announced that Nacho, along with Álvaro Morata and Jesús, would be promoted to the first team but continue to play with Castilla.

He and his brother became graduated from Real Madrid’s academy, and both made their first-team debut in the same game. The rest, as they say, is now history.

Football is a golden tree, a place where Nacho found shade and solace while troubled with Diabetics.

In other to build up a complete picture of his life, Finding love was also important for Nacho. That he saw in Maria Cortes Milan who was born on the 13th of February 1989 (a year older than her husband). 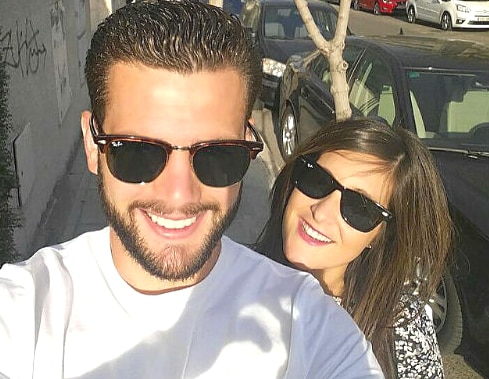 Nacho and Maria met in her school while he was few years into the Real Madrid academy.

Maria is well educated with a degree in Marketing and Communication. Nacho and Maria got married in 2014 at the Iglesia de la Asunción Church in Meco (Madrid). 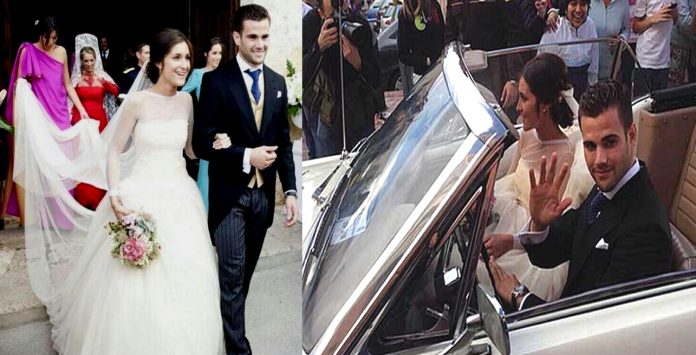 Nacho after his marriage to Maria became blessed with two lovely kids as seen in their family happy times photo below. 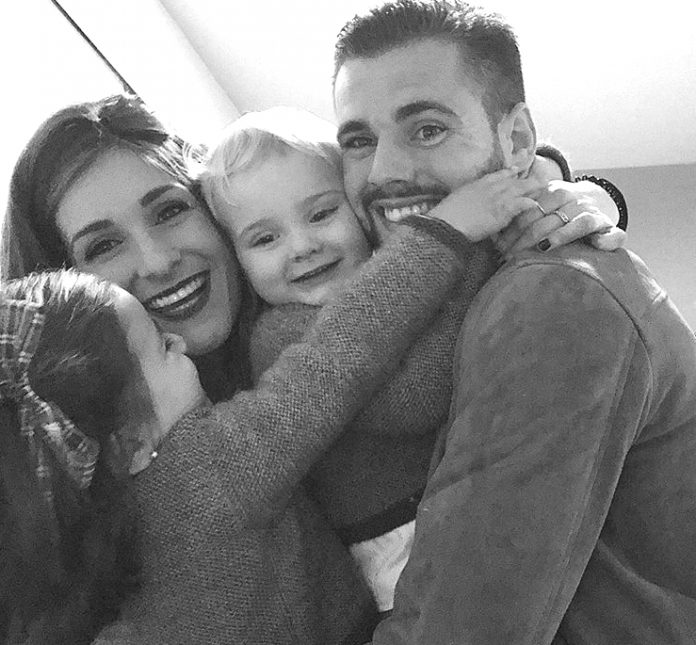 Nacho once proved he is a family man when he said; “Even if I don’t play, I’m usually a very calm person,” he added. “I like to talk things out a lot with my family.”

Below is the family celebrating their hero and role model on his birthday. 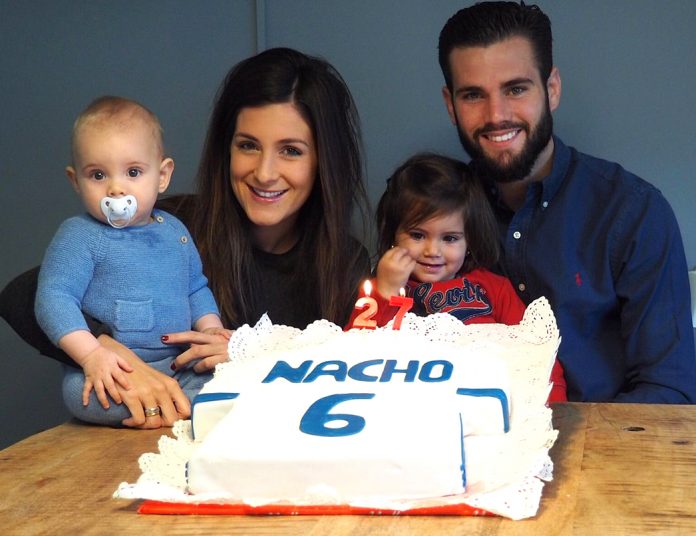 The Real Madrid footballer has been in the white club for 15 years thanks in large part to the mentality that his parents were able to instil in him as a child. Back then, his parents would always tell him;

Son, please enjoy every moment with the white shirt and work to achieve your goals.

Nacho himself has confessed many times.

“Every time I went home, my parents told me ‘think where you are going and take advantage of it, because you never know when it may end”

His parents; José María and Maite are aware of the difficulty involved not only playing in Real Madrid but staying for many years.

Both have supported their beloved son even though they see less playing time at the club. 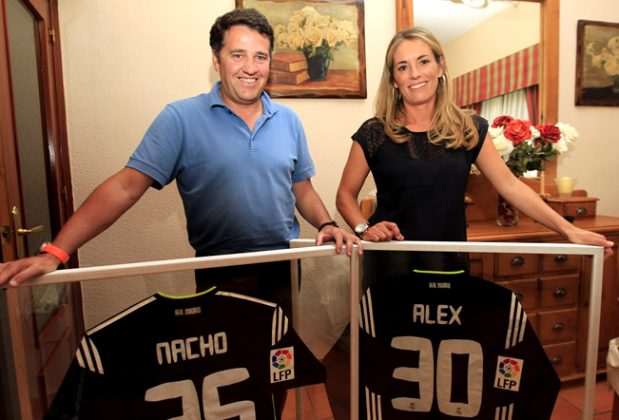 This belief having patience with one club doesn’t go well with Alex (Nacho’s younger brother) who after his debut for Real Madrid, ended up looking for a life away from the Bernabéu.

Álex left Real Madrid in August 2013, by mutual consent. He signed shortly after with RCD Espanyol in the top level where he played against his older brothers’ team. 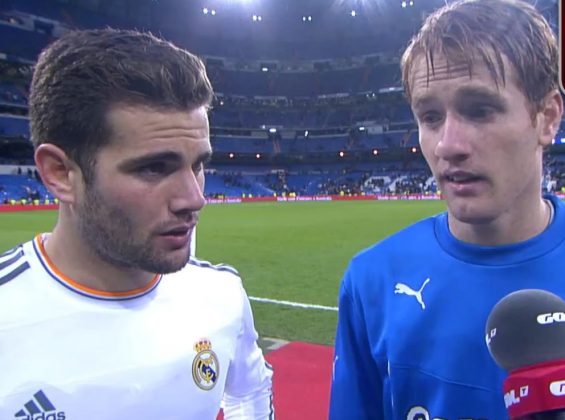 FACT CHECK: Thanks for reading our Nacho Fernandez Childhood Story plus untold biography facts. At LifeBogger, we strive for accuracy and fairness. If you see something that doesn’t look right in this article, please place your comment or contact us!.