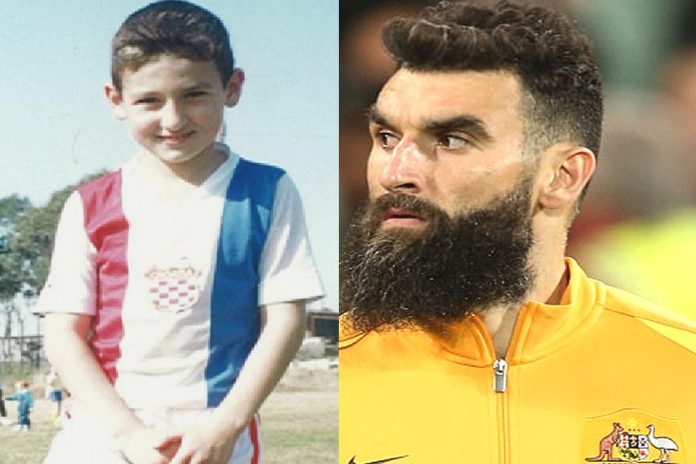 LB presents the Full Story of a Football Genius who is best known by the Nickname; “The Beard to be Feared”. Our Mile Jedinak Childhood Story plus Untold Biography Facts brings to you a full account of notable events from his childhood time till date.

Yes, everyone knows about his Leadership attributes but few consider our version of Mile Jedinak’s Life story which is quite interesting. Now without further adieu, let’s Begin.

His real name is Michael John Jedinak. He was born on the 3rd day of August 1984 in Sydney, Australia. Michael is of Croatian descent and his nickname ‘Mile’ is one of those nicknames that has kind of become his official name.

Mile grew up as a kid in the rough and tumble outer western suburbs of Rooty Hill, Sydney with his parents and grandparents, brothers and sisters.

Indeed, If you understand the area, the down-to-earth people, the tough times they have gone through, then you get a good understanding of how Mile Jedinak developed the mental strength and determination to go on and succeed on one of soccer’s greatest stages.

Jedinak once recalled. “My grandparents were also in the area so we had a great family network. Mum and Dad worked pretty hard. They probably did it a bit tough, but I wouldn’t say it was extreme. The thing is, what they gained they worked very hard to get.

It didn’t come easy and I guess a lot of my upbringing was based on working for what you can get. I look back and I can say having those values growing up is something I am hugely proud of and hugely grateful to my parents for the way they brought me up.”

As a child, Mile attended St Augustine Catholic High School in Rooty Hill. In the school was a football team. He fell in love with the game and made it his passion and future career from an early age.

While at school, Mile participated and led his team to win in several competitions. His memorable was the PDSSSC, a competition which was contended by all Australian Catholic schools.

Following his youth rise, Mile took football to the next level by signing up with Sydney United for his youth career. The mile went on to become a club favourite as he entered their senior side.

To gain much experience, he went to Croatia (NK Varaždin), and Turkey (Antalyaspor) on Loan before finally leaving for Europe and where he later became the captain of Crystal Palace as well as his nation. Just like Mark Viduka, captaining his country means the world to him and the rest, as they say, is now history

In 2010, Jedinak married Natalie Peacock. They were in a relationship for a long time and has a great bonding with each other. This couple is often spotted at various events and functions. 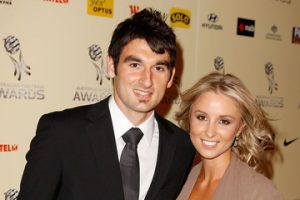 His wife, Natalie Peacock is a former model from Sydney. The couple has a son named Andre after their marriage in 2010.

Mile has the following attributes to his personality. 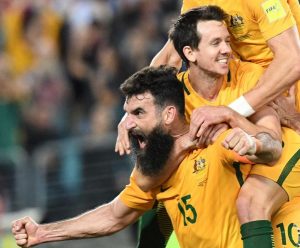 Mile Jedinak Weaknesses: At some point in time, Mile could be arrogant and stubborn.

What Mile Jedinak likes: Surely, he likes taking holidays and having fun with friends.

What Mile Jedinak dislikes: Being ignored, facing difficult reality, not being treated like a king or captain.

In summary, Mile Jedinak is a natural-born leader. He is dramatic, creative, self-confident and dominant.

He is able to achieve anything he wants to in any area of life he commits himself into. Without a doubt, there is a specific strength in Mile and his “king of the jungle” status.

Michael John comes from a large and middle-class family background with lots of brothers and sisters. It was his grandparents who first migrated from Croatia to Australia during the Eastern Front War which was part of World War II.

His mum and dad who are of Croatian heritage came to Sydney as kids and grew up with their grandparents who didn’t really speak a lot of English. Like many before and after them, they married themselves, bought their first home and saw their extended family multiply.

Mile comes from a family with core values. On the back of the typical migrant work and family ethic, Mile Jedinak’s parents helped instil all the right values in their children, Mile especially.

Today, Miles is seen as one who has inherited a good slice of his family values which is seen in the way he leads the Socceroos just as Tim Cahill, Harry Kewell and Lucas Neill had done in the past.

Mile Jedinak has revealed that his real name is Michael – but was shortened because of his Croatian heritage. Jedinak became a fans’ favourite during his first season at Aston Villa and was nicknamed ‘The Beard to be Feared’ by the Villa Park faithful. 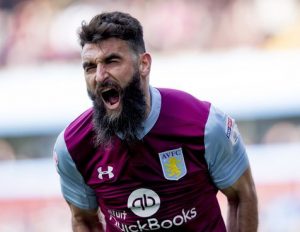 The Australian international was born in Sydney but comes from a Croatian family. He goes by an abbreviation of his name, Mile – pronounced Me Lay.

FACT CHECK: Thanks for reading our Mile Jedinak Childhood Story plus untold biography facts. At LifeBogger, we strive for accuracy and fairness. If you see something that doesn’t look right in this article, please place your comment or contact us!.