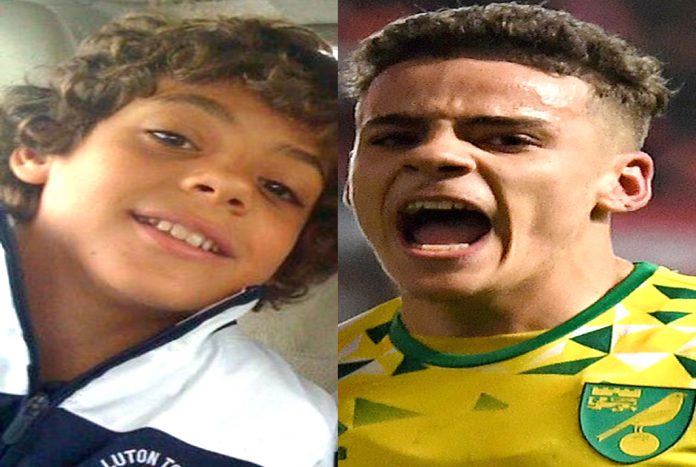 LB presents the Full Story of a Football Genius who is best known with the nickname “Max“. Our Max Aarons Childhood Story Plus Untold Biography Facts brings you a full account of notable events from his childhood time to date.

Yes, everyone knows Max Aarons is one of the best modern wide defenders in England, one who can do more than just protecting the flanks. He is someone whose performance in the 18/19 season EFL season saw top premier league top clubs begging on their knees for his signature. However, only a few consider Max Aarons biography which is quite interesting. Now without further ado, let’s begin.

Starting off, his full names are; Maximillian James Aarons. Max, as he is popularly called, is just a nickname. Max Aarons was born on the 4th day of January 2000 to his father, Mike Aarons and mother (name unknown at the time of writing) in the riverside district of Hammersmith, London, United Kingdom.

As regards his family origin, Max Aarons hails from a multi-racial family with English and Jamaican roots. One of Max Aaron’s parents (his dad) is from Kingston, Jamaica while his mum hails from England. A romantic multi-racial love came between the love birds and our dear lovely Max became the product.

Early on, Max Aarons saw himself growing up in a soccer-loving family, one which originated from his father’s side. Having a football-loving family, it was only natural for the beautiful game to be instilled into Max. In his early life as a boy, Max enjoyed playing the game with his cousin Rolando Aarons who usually travel from Bristol with his parents to come to visit his family at Milton Keynes.

While growing up in Milton Keynes, all Max wanted was to become a professional footballer and not a doctor or engineer. At first, his parents agreed that their beloved son wouldn’t compromise his education for soccer training. They decided to enrol him at Shenley Brook End School, a modern secondary academy school on the Western flank of Milton Keynes.

Even while in school, Max Aarons parents admired their son’s high energy levels in sports which made them supportive of their son, after-school football participation. In fact, Max’s dad Mike Aarons was a huge fan of him.

After ending key stages of his primary education, Max was allowed to start attending football trials. The year 2009 was a defining moment for the Aarons family. It was the year both Max and his cousin came out in flying colours for academy trials at Bristol and Luton Town.

While his cousin went to Bristol, Max Aarons passion for soccer saw him passing trials and enrolling with the youth sector of Luton Town FC who provided the stage for lay his career foundation.

For every kid who loved the game, it’s their dream to join an academy. Upon joining, it was fun for Max who would be joined alongside his friend in their joyful trips to the academy.
Did you know?… There are times when Max had to miss birthday parties or things he was looking forward to in his family home all because of his commitment to his career. But on the flip side, he actually enjoyed his football.

Early on, Max made an impression with his club, helping them to win the 2009 unbelievable trophy-  THE EUROPEAN CHAMPIONSHIP pictured below. He then went on to spend 5 years with the academy, making serene progress and moving up the ranks very quickly.

Did you know?… During his stay with the academy, Max was invited for trials at Tottenham, Norwich and QPR, a shred of evidence that he was that good in his trade.

The year 2014 saw an exciting Max continuing his footballing maturation process in Norwich, after a successful trial.

Early on, the 16-year-old teenager impressed the then youth coaches with his aerobic ability both on-field and during training.

This feat led to Max earning a professional contract with the club, a great reward for an incredibly hard-working footballer with great potential and a fantastic attitude. After a year of professional football, Max’s performance saw him again, breaking into the Norwich City first team and earning a call-up to the England Under-19 team in September 2018.

From that moment, Max knew he was destined to make it to the very top.

The 2018/2019 season saw Max Aarons becoming the best in his position in the EFL. That season, he went on to help his team get on top of the Championship table and winning the EFL trophy which guaranteed a Premier League return.

In the 2019-2020 summer transfer window, Aarons emerged as a target for Manchester United when their interest in Aaron Wan-Bissaka cooled. As at the time of writing, other top clubs have joined in his pursuit.

For someone who got goals and assists in the closet, it is most likely that Max would soon end up playing for a big club soon in future. It’s only a matter of time. THE REST, AS THEY SAY, IS NOW HISTORY.

Max Aarons as at the time of writing has reached the age where he is eligible for dating and having a girlfriend. With his rise to fame, it is certain that fans especially ladies would have asked the question; Who is Max Aaron’s girlfriend?.

There is no denying the facts that Max Aaron’s handsome looks coupled with his fame wouldn’t make him a darling vine to ladies.

As at the time of writing, there might be a possibly hidden romance for Max, one which escapes the scrutiny of the public eye simply because his love life with his girlfriend is private and possibly drama-free. Max has preferred to focus on his career and has sought to avoid any spotlight on his private life. This fact makes it difficult for us to have facts about his love life and dating history.

Getting to know Max Aarons personal life would help you get a complete picture of him. 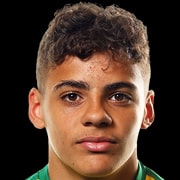 Away from football, Max is intelligent, stable and reliable. He someone whose life is centred around getting things done on time and focusing on his responsibility.

The secret of Max Aarons’ success comes from the fact that as an individual, he possesses an inner state of independence, one which enables him significant progress both in his personal and professional lives. Max has the ability to make solid and realistic plans for his life and wellbeing.

Money in millions of pounds is truly valued for Max Aarons thanks to his hard work and decision to become a professional footballer. As at the time of writing, Max Aarons is not allowed to live a lavish lifestyle eg spending like crazy, buying exotic cars or changing his lifestyle.

Although he has started making big monies, that at the moment doesn’t transcend to a glamorous lifestyle. Ideally, Max doesn’t have much trouble managing his football monies and saving some for a rainy day.

Thanks to the love from his huge family support both from England and Jamaica, Max feels deeply connected to every single thing from his past & his childhood. Presently as I write, no information exists about Max Aarons’ sister(s), brother(s) and mother.

Max Aarons’ father, Mike who is a huge fan of him have played an extremely important part in the development of his son’s self-image over the years. The Aarons family is among the popular family names with Jamaican-English ancestry which have recorded huge success in football all thanks to Max and his cousin Rolando.

He is a ‘nonsense’ Footballer:

Although you might know Max by his speed and act of both defence and attack. Perhaps, you might not know his other side. Max Aarons is a footballer who avoids any kind of ‘nonsense’ especially from big players who are who come on his way.

Sometimes, the player’s feelings take over his mind as anger trumps logic which leads to scuffles and fights on the field. BUT let’s be honest, premier league fans would love to see the unbridled passion flow out once in a while.

FACT CHECK: Thanks for reading our Max Aarons Childhood Story plus Untold Biography Facts. At LifeBogger, we strive for accuracy and fairness. If you find something that doesn’t look right, please share it with us by commenting below. We’ll always value and respect your ideas.