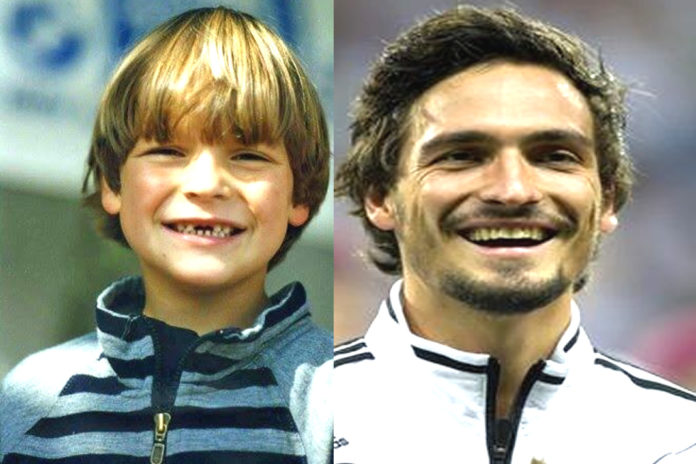 LifeBogger presents the Full Story of a Football Genius best known by the Nickname; ‘The Mexican’.

Our Mats Hummels Childhood Story plus Biography Fact brings to you a full account of notable events from his childhood time until his moment of fame.

The analysis of the legendary German centre-back involves his life story before fame, family life, relationship life and many OFF-Pitch little-known facts about him.

Yes, everyone knows about his Legendary defensive abilities for both club and country. However, not many fans have read an concise version of Mat Hummel’s Biography, which is quite interesting. Now without further ado, let’s Begin.

For Biography starters, Mats Julian Hummels was born on the 16th day of December 1988 in Bergisch Gladbach, North Rhine-Westphalia, Germany.

The Sagittarius footballer was born to his father, Hermann Hummels (Ex-footballer and manager) and mother, Ulla Holthoff (a sports journalist). Here is a rare early life photo of the German international.

Hummels was just six when his family moved to Munich after his father, Hermann, took up the position of youth coach at Bayern.

Mats was 14 years old when he came fully under his father’s tutelage, but the future Germany star was granted no favouritism as his dad was his coach.

In fact, he spent his first few months on the side on the substitutes’ bench.

When he did play, he was employed as either a centre-back or holding midfielder, despite starting his career as an aspiring striker. 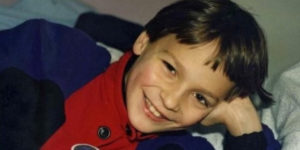 Mats was an extremely jovial boy during his childhood.  transform their thoughts into concrete actions.

Despite waiting for favours from his dad, he carved out his way and worked very hard to rise through the Bayern youth ranks before signing his first professional contract on 19 December 2006.

During his first full season, he quickly established himself as first-choice and subsequently one of the best defenders in world football. The rest, as they say, is now history.

Mats and Cathy Fisher have been dating since 2007. He was 18 years old at that time. They both moved in together after their relationship began.

Our findings reveal that Mats Hummel’s wife, Cathy Fischer, was named as Germany’s WAG of the year for 2013. Below is a photo of Mats Hummels and the love of his life.

Fischer and Hummels married in June 2015. Getting married helped improve his mental health and maturity.

Hummel initially came from an upper-middle-class family background before his football investment paid off.

Indeed, Football is a family business for Hummels. Here, we give you details about his lovely parents and brother.

Starting off, Hermann Hummels was a former footballer and manager who worked as a youth coordinator at Bayern Munich. Later on, he got replaced by Stephan Beckenbauer, the son of Franz Beckenbauer, on 30 March 2012.

As a former junior coordinator of FC Bayern Munich, Hermann Hummels knows what matters when it comes to promoting talent and what the talents of tomorrow have to bring along.

Besides Philipp Lahm, Hummels also had Thomas Müller and Bastian Schweinsteiger under his wing. All thanks to him, these superstars made their breakthroughs.

To date, Hummels works as a consultant for footballers in his own company HMH-Sport management. Here he is in charge, among other things, his sons and several other players.

The story of Mats Hummel’s mother, Holthoff, arouses feelings of sympathy and gratitude. Ulla Holthoff was born in 1958 in Welver in the Westphalian province between Soest and Hamm. She is a daughter of a railway worker.

Poverty marked Ulla’s childhood, and she once lived in a very harsh world. She was raised by her mother under strict and hard physical labour.

In order to quench her anger about the situation at home and to satisfy her curiosity about the world from which she felt cut off, she took refuge in reading books and doing sports that nobody else in her family cared about.

In addition to jogging and cycling, she became enthusiastic about football early on and played as a water polo player at SC Rote Erde Hamm.

It was her goal to become a journalist, to get to know the world that was denied her in her youth.

His mother, Holthoff is a well-known sports journalist and became the first woman to commentate on a football game on German television. Here is Mats in a talk session with his mother. 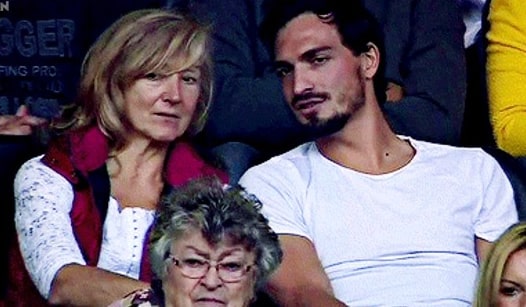 Mats often went along to broadcasts when he was still a child and even considered working as a journalist himself.

“The media is his home,” explained Holthoff. “Whenever he has a match, there’s at least one journalist saying, ‘I remember when you were little.

For Hummels, football has always come first. “We didn’t use to go on holidays because Mats wouldn’t want to miss a single game or training session,” his mother, Ulla Holthoff, told 11Freunde.

Once we went skiing for a week, but he had a football tournament the day we left, so he just stayed home and joined us a day later by train. He was twelve at the time.”

His younger brother Jonas is also a footballer but had to retire because of injuries.

Below is a photo of Mats leaning on his brother. 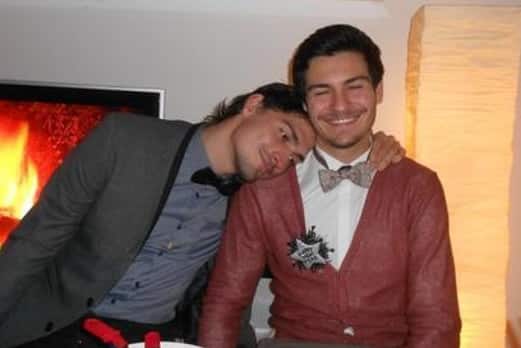 Hummels has the following attribute to his personality. 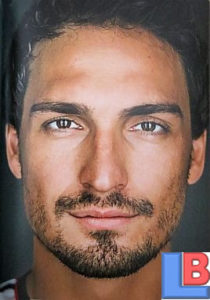 Weaknesses: Promises more than can deliver, very impatient, will say anything no matter how undiplomatic

Curious and energetic, Sagittarius is one of the biggest travellers among all zodiac signs.

Their open mind and philosophical view motivate them to wander around the world in search of the meaning of life.

Sagittarius is extroverted, optimistic and enthusiastic, and likes changes. Sagittarius-born is able to transform their thoughts into concrete actions, and they will do anything to achieve their goals.

Like the other fire signs, Sagittarius needs to be constantly in touch with the world to experience as much as possible. The ruling planet of Sagittarius is Jupiter, the largest planet of the zodiac.

Their enthusiasm has no bounds, and therefore people born under the Sagittarius sign possess a great sense of humour and an intense curiosity.

“Mat is a bookworm,” says Ulla “He read a lot – even at a young age,” which might well explain the defender’s smooth-tongued interview technique. “He used to read comics in particular. He got his wordplay from Lucky Luke and Asterix.”

Mats Hummels inherited his reading culture from his mother.

Once upon a time…In order for his mum to quench her anger about the situation at home and to satisfy her curiosity about the world from which she felt cut off, she took refuge in reading books and doing sports that nobody else in her family cared about. This is the story of Mats’ mother- Ulla Holthoff.

In August 2017, Mats joined the Common Goal project (an initiative of Juan Mata).

He was the second footballer in the world to donate 1% of his salary to a collective fund that will support football organizations as a tool to generate sustainable social development throughout the world. 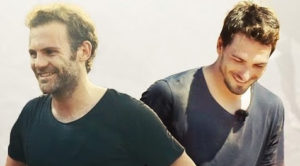 At LifeBogger, we strive for accuracy and fairness in our continuous way of giving you German Football Stories.

If you see something that doesn’t look right in Mats Hummels’ Bio, please place your comment or contact us!

Isnt he adopted or something? His parents do look German but he looks rather italian or something like that.

Hello Cain, we’ll look more into his Mats Hummels Bio to validate your inquiry. Thanks