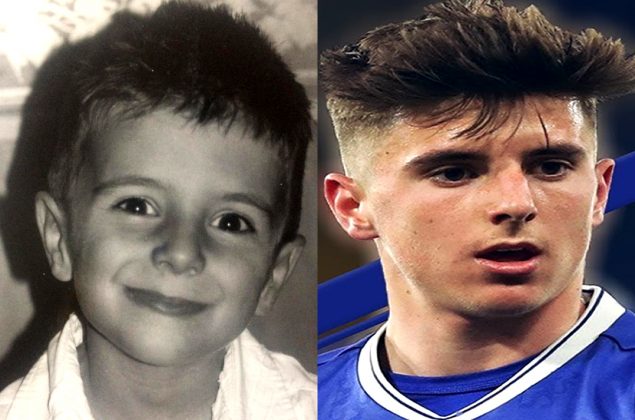 Our Mason Mount Childhood Story Plus Untold Biography Facts brings you a full account of notable events from his childhood time to the moment he came famous.

Yes, everyone knows he grew up taping into the knowledge and expertise of legendary Frank Lampard.

However, not many soccer lovers have read Mason Mount’s Biography, which is quite interesting. Now, without further ado, let’s begin.

For Biography starters, his full names are Mason Tony Mount. Mount was born on the 10th day of January 1999 to his father, Tony Mount and mother, in Portsmouth, United Kingdom.

Mason Mount’s family have their origin from Portsmouth, a port city in England known to be the second-most densely populated city in the UK and also known to have the biggest fruit handling port in the country.

Its people are characterized by their toughness and a strong-willed approach to life.

Judging from information available from the public domain, it appears Mount isn’t the only male child of his parents.

He grew up with his elder sister, who is presently married and lives with her husband in Australia, a preferred holiday destination for Mount’s parents.

Mount came from a football-loving family with middle-class family background. His dad, rather than engaging in shipbuilding, took up a less-impressive football career and later, a coaching job that fed his family.

Mount Snr or Tony (his real name) was a former non-league player who later became the manager of Havant Town and Newport.

Growing up, Mason Mount’s parents insisted he get an education despite his un-quenching love for football.

It was hard for his dad Tony (Mount Snr) to deal with the retirement from his less-impressive career. He vowed to continue living his dreams through his son Mount.

Early on, a happy Mount pictured below found himself very good at not compromising his education for soccer training. Everyone who knew him back then could observe that he lived and breathe football. 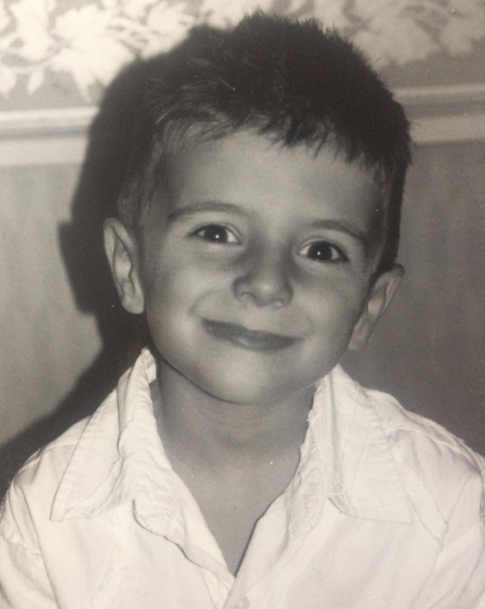 As time went on, the quest to receive soccer education kept growing in the mind of Mount. While every activity would sometimes be kept on hold, playing football prevailed.

Mount would hone his skills every morning, afternoon, and evening at the football fields of Portsmouth.

All his family members knew he was destined for great things as they sometimes watched him and advised him to attend trials.

It took no time before Mason Mount bagged the call-up to attend trials at his Boarhunt F.C, his city’s local academy. At this time, the pride of his beloved dad knew no bounds.

While playing under-6 football as a four-year-old for his local club, Mason’s abilities caught the attention of two top clubs, namely Pompey and Chelsea FC.

Although Chelsea was the first to spot him at the age of six, while he was playing for Boarhunt, his local academy.

Mount’s passion for football saw him passing Chelsea academy trials and taking what his dad referred to as “a risk” to join Chelsea at the age of six, in 2005.

Why risk?!!. It was because his dad warned him about Chelsea FC’s lack of interest in graduating their young academy players to their senior team.

This was the time the club got acquired by Roman Abramovich, who was interested in buying big shots.

“He was warned as a child that John Terry was the only player to have graduated through Chelsea’s youth system into the first-team in recent years. Mason replied confidently that he would be the next.”

Despite facing the pressure of playing for the academy, Mount still showed commitment to his education as he attended Purbrook Park School in Waterlooville, which was 8 miles north of Portsmouth.

As a way of getting that un-common inspiration into making it to Chelsea’s first team, little Mount took every opportunity he had to meet legendary John Terry.

Mount didn’t just stop there. As he grew older, he also took inspirational lessons from David Luiz, another player with a never-give-up mentality whom he also considered his idol.

Little did he know and he and Luiz would both become teammates someday.

Mount never missed a training session in the academy at Chelsea. Even schooling didn’t make him lose focus as he always did his homework most times in his 8km long journey ride to training.

As Mason Mount continued to mature, he saw himself settling well into life with the academy. He made serene progress through the age groups as one of the best players.

He was among the vibrant Chelsea academy youths who made headlines from 2015 to 2017 when they lifted the FA Youth Cup.

That same season, Mason Mount also went on to win the UEFA Youth League and another FA youth cup the following season.

His youth career success earned him a call-up to the England under-19 squad.

Mount went on to assist his U19 teammates in winning the prestigious UEFA European Championship in 2017, earning the golden player and team of the tournament award.

The Moment of Fear:

Mason Mount became under pressure to accept that tough fact, which once came as a warning from his dad.

If you could recall, he was meant to know that John Terry was the only academy boy to have successfully made it into the first team in the last 20 years.

Sadly, Mason Mount was denied a first-team inclusion, which made him decide to take the loan option as many other Chelsea FC loanees had done.

Simply being wanted by the club was a confidence boost for the young English man who just like Jadon Sancho felt the need to be exposed to a new culture, training methods and habits in another country.

Mason Mount immediately made an impression with the club as a first-team starter. In his first year, he got awarded the Vitesse Player of the 2017–18 season.

Winning this award attracted Derby’s former manager and Chelsea legend Frank Lampard who was at that time on the mission to raid Chelsea youngsters to Derby.

While other top champions league clubs like Ajax, PSV Eindhoven showed interest, Mount decided to give Derby his signature thanks to his mentor, Frank Lampard.

He impressed in his time with the Rams and was a key player in helping the club win a promotion playoff in the championships. Lampard coached him on the style he adopted during his glory days with Chelsea.

During this period, Mount became his beloved one with whom he was well pleased. 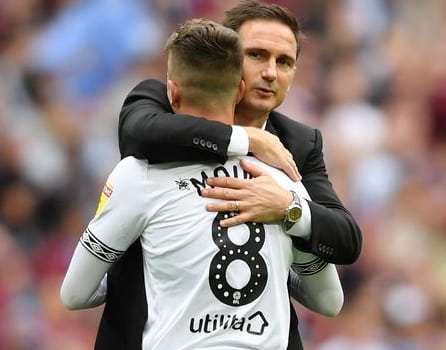 Mason Mount saw Lampard’s departure to Chelsea as the best opportunity to go back to his parent club and prove that he would make it to the first team.

The only way to prove that was to have an impressive 2019 pre-season. Mount’s impressive display during the 2019 preseason made Chelsea fans believe a new Frank Lampard has indeed arrived at the Bridge.

Presently, as at the time of writing, Mount is living up to his expectations as seen in his ability to score great goals and make top players from great clubs go on their knees with his dribbles.

Without a doubt, Mason Mount has proven to the world that he is the next beautiful promise of his English mid-field generation after Frank Lampard. The rest, as they say, is now history.

With his rise to fame, the question in every Chelsea fan’s mouth has been; Who is Mason Mount’s Girlfriend?….

There is no denying the fact that his handsome looks, coupled with his style of play wouldn’t make him be a darling to female fans.

However, behind the successful footballer, there exists a glamorous WAG in the beautiful person of Chloe Wealleans-Watts pictured below with her boyfriend.

Judging from their numerous post on social media, it appears that both lovers enjoy a solid relationship that is built on friendship.

The love shared between Mount and his girlfriend Chloe Wealleans-Watts escapes the scrutiny of the public eye simply because his love life is drama-free.

The fact that both lovers have been dating for a while leaves no doubt that a wedding could be the next formal step.

Getting to know Mason Mount’s Personal Life would help you get a complete picture of his person.

Mason Mount loves two things; first, being responsible, and secondly, managing his time. He possesses an inner state of independence which enables him to make significant progress both in his personal and professional life.

Mount has this huge self-belief and the ability to make solid and realistic plans for his life.

Unlike many young footballers, Mount does not believe in hiding his relationship status as he is open about the world, knowing who his girlfriend is and also his parents.

He has learned from the mistakes of other young footballers and is ever ready to unleash his expertise when needed.

Mount exemplifies his lovely parents as well as the hardworking people in his city of Portsmouth, England.

Today, his mother, father, and sister are all presently reaping the benefits of having that tough and never-give-up mentality instilled in him.

Mason’s dad Tony AKA Mount Snr, believes his son’s Portsmouth background and upbringing have given him an edge in his early career right from the very start of his career.

“You can’t ignore the Portsmouth aggression in him, though! I have to say that Mason is a mad Pompey fan still, the whole family are”.

Unlike her husband, Mason Mount’s mum has made a conscious choice not to seek public recognition.

She is probably a housekeeper who doesn’t get herself so much into football, preferring a private and low-key life.

Yes, his financial success is tied directly to his performance as a footballer. As at the time of writing, Mason Mount is not allowed to live a lavish lifestyle, eg spending like crazy, buying exotic cars, or changing his lifestyle.

Mason Mount’s wages which have increased since after his 2019 contract renewal, does not transform into a glamorous lifestyle. However, he has a way of getting all he needs indoors, like his lovely ice bath.

His Best Friend: Friendships come and go. But then there are those friendships that do stand the test of time. A very good example is the more than 13 years of friendship shared between Mason Mount and Declan Rice.

As observed above, both are successful footballers and have had a lot in common since their childhood days. They, together with their girlfriends, spend the summer holidays, a proof to show how the strength of their friendship.

The way things are going, who knows, maybe fate could just bring them together. Together at the same club and national team someday.

FACT CHECK: Thanks for reading our Mason Mount Childhood Story plus Untold Biography Facts. At LifeBogger, we strive for accuracy and fairness. If you find something that doesn’t look right, please share it with us by commenting below. We’ll always value and respect your ideas.