LB presents the Full Story of a Football Genius best known by the Nickname; “Miracle Boy”. Our Mario Gotze Childhood Story plus Untold Biography Facts brings to you a full account of notable events from his childhood time to date.

The of the 2014 World Cup winner analysis involves his life story before fame, family life and many OFF and ON-Pitch little-known facts about him.

Yes, everyone knows about his abilities but few consider ‘Our Mario Gotze’s Bio’ which is quite interesting. Now without further adieu, let’s Begin.

Mario Götze was born on the 3rd day of June 1992 in Memmingen, Germany. He was born to his mother Astrid Götze (a housewife) and father Jürgen Götze (a professor at the Dortmund University of Technology). Götze was brought up in a devoted Christian home. He and his elder brother Fabian including Felix the youngest were taught to be extremely religious.

He grew up in the Barian town of Memmingen, very much in the catchment area of Bayern‘s regional scouting network.

A town which is known to breed childhood footballers for Bayern Munich scouts. Having childhood friends that play football means you are likely to join them.

This was how it all started with young Mario and his elder brother Fabian.

Mario Gotze could so easily have been on the books of Bundesliga giants Bayern Munich. He had youth trials in their jerseys and they were willing to accept him before a news about his father’s transfer broke out. When young Mario was just six years old, his father, who just turned to a University Professor, accepted a professorial job at the prestigious Dortmund’s Technical University.

Both parents agreed that Mario Gotze shouldn’t be left behind as he was too young. Young Mario had to get his sticks upped. He followed his parents to the Ruhr Valley leaving his old home.

At this stage, Bayern’s loss was most definitely Dortmund’s gain.

Mario Gotze parents enrolled him and his elder brother at SC Ronsberg to have the same quality of youth football upbringing as what Bayern would have given him.

Pictured below, both Mario and Fabian played for them from the year 1995 to 1998.

Little Mario was the most brilliant footballer among his teammates. Even better than his elder brother. He attracted spectators who would come watch him show amazing skills against bigger opponents as seen below.

In a bid to get more experience elsewhere, Little Mario switched to FC Eintracht Hombruch where he played from 1998 to 2001 before finally moving to Dortmund. Götze became a product of Dortmund’s youth academy, first entering the club as an eight-year-old. During the winter break of the 2009–10 Bundesliga season, Dortmund manager Jürgen Klopp promoted Götze to the first team.

In Klopp’s words…“From the first time I saw him, I was just counting the days until I could promote him to the senior squad without acting irresponsibly.”

Götze took his chance and was an important player in Dortmund’s Bundesliga-winning squad of the 2010–11 season. It was a time he formed a formidable partnership with Marco Reus.

On 23 April 2013, it was announced that Götze was moving on 1 July 2013 to rivals Bayern Munich after the team had triggered Götze’s release clause of €37 million.

His great form continued as he further went on to win the 2014 FIFA World Cup for Germany. The rest, as they say, is now history.

Everybody in Mario’s family is an overachiever. They’ve been more focused on avoiding failure than they are on achieving a good outcome. It a family of males as pictured below.

Now, we give you details of every Mario Gotze family member including their mother. 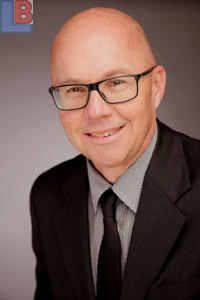 His father is a German professor at the faculty of Electrical Engineering and Information Technology at the Dortmund University of Technology.

He obtained his PhD in the year 1990, two years before his son, Mario Gotze was born.

From 1987 to 1990, he was employed as a scientific assistant at the Chair of Network Theory and Circuit Engineering of the Technical University of Munich.

He has held several research positions at different universities. Since 1997, Jurgen has been a professor (department of data technology) in the Faculty of Electrical Engineering and Information Technology at the University of Dortmund.

He didn’t force his children to follow in his footsteps. He allowed them to follow their dreams to become what they’ve always wanted to be ‘Professional Footballers’.

MOTHER: Astrid Götze is the mother of Mario Gotze. She is a housewife and Engine room of her family. Astrid has been responsible for running and managing her family’s home.

She has really cared for her husband and children. Find below is a picture of Astrid and her family. FABIAN GOTZE: His older brother Fabian is currently a free agent at the time of writing this Biography. He left Dortmund’s youth system in 2010.

Fabian was born on the 3rd of June 1990. Fabian and Mario as pictured below were born exactly 2 years apart. Fabian looks younger in the picture below.

FELIX GOTZE: Also as at the time of writing, Mario Gotze’s younger brother Felix is currently playing for Bayern Munich’s under-19 team.

He arrived there from SpVgg Unterhaching. Felix is a central defender who wears the number 20 jersey.

Felix was born on the 11th day of February 1998. Felix (pictured below) is 6 years younger than Mario Gotze.

Just like the displays skills on the pitch, Mario Gotze also has skills with women.

Götze has been in a relationship with German lingerie model Ann-Kathrin Brömmel since 2012 (Two years before the 2014 World Cup).

Ann-Kathrin is a model, singer & blogger in Germany. She has held the 7th position in Germany’s next top 10 models. Her songs are still the first choice among Germany’s Youth.

Brommel, who started modelling at the age of 16, became even more recognisable after her boyfriend achieved lasting international fame from the 2014 World Cup as seen below.

Gotze achieved what few footballers have ever done when he dated Eva Green who played Vesper Lynd in the James Bond 2006 action/thriller film Casino Royale. The couple went out for two years before splitting up. HANGING OUT WITH RIHANNA: Gotze once enjoyed his World Cup victory with friends and family, before partying with Rihanna, who posted pictures of herself and the star midfielder enjoying a wonderful time together.

According to Rihanna “watching the 2014 World Cup final was the most epic experience of my entire life.”

In early March 2017, it was reported that Götze had been suffering from a metabolic disorder. Sad Mario could only sit in the stands and watch his team play. The health condition was later found out to be myopathy, a muscular disorder that affects the fibres of the muscles, meaning they do not function correctly.

This health has been responsible for causing fatigue and weight gain. Indeed, it’s a rare illness for an unfulfilled Mario Gotze.

Mario Gotze, the benefactor made the decision to give out the left boot to the German Football Museum.

“It’s fantastic because so many football fans are interested in this special boot.” Said Joachim Löw, Germany Head Coach at then.

An anonymous benefactor made the highest bid of two million euros for the boot at a TV fundraising gala. It is currently used for an exhibition at a popular German museum in Dortmund.

The left boot raised more than €16,269,471 within just one year of being in the Museum. Below is Mario showing the boots to some German school kids just before it was sent finally into the Museum Glass Case.

He is a Pretty Boy:

Everybody knows about Gotze’s good looks and even the man himself takes pains to keep his appearance fresh and even appeared on the glamorous GQ magazine. During the interview with GQ he said: “Everyone is a little bit vain. I like to take care of my appearance just like Marco Reus. But I don’t concentrate on every detail, it’s not that important to me.”

Gotze and Reus have been childhood buddies as they both came through Dortmund’s youth system together.

Reus missed the World Cup due to an injury in training but Gotze held up the former’s shirt after the final victory against Argentina and dedicated his goal to his pal. Asides from winning the 2014 World Cup for Germany,  Mario Gotze will be forever be remembered for angering Dortmund‘s fans after they claimed he betrayed them for joining their arch-rivals Bayern Munich.

A Dortmund fan was quick to label Mario as the Judas Iscariot “Judas Gotze” of Borussia Dortmund. Other Dortmund fans turned up to match Götze’s name on their replica shirts either crossed out or taped over as seen below. These actions prompted Mario Gotze to return to Dortmund in 2016. Peharbs, he is doomed to stay there forever. He could as well leave for a non-rival club in future.

We strive for accuracy and fairness. If you see something that doesn’t look right in our Mario Gotze childhood story and bio write, contact us!