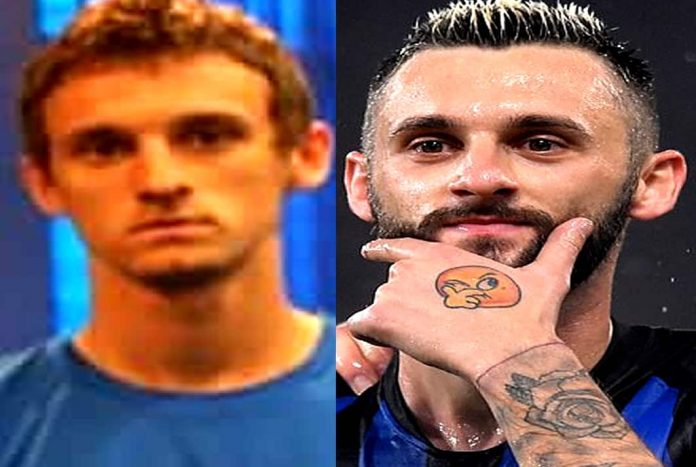 In the nutshell, this is a story of the Croatian footballer’s life journey, from his boyhood days, to when he became famous.

To whet your autobiography appetite on the engaging nature of Marcelo Brozovic’s Biography, we present you the gallery below. It no doubt tells a story, that the Croatian footballer has come a long way in his life.

Yes, everyone knows Brozovic is a versatile midfielder. However, only a few consider our version of Marcelo Brozovic’s Biography, which is quite interesting. Now, without further ado, let’s begin.

For Biography starters, he is nicknamed “The Crocodile“. Marcelo Brozović was born on the 16th day of November 1992 in the city of Zagreb in Croatia. He was born to his mother, Sanja Brozović, and to his father, Ivan Brozović.

Marcelo’s birthplace Zagreb, is often called “the city of dragons“. The city is dragon bound and full of reptiles and medieval statues of snakes.

According to TheLocal, Zagreb is rumoured to have the popular cursed snake queen of Greek mythology- “Medusa” who buried deep down in its tunnels.

Below is a photo of one of Marcelo Brozovic’s parents – his look-alike dad, Ivan. 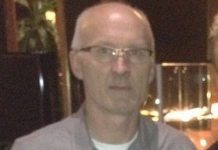 Although Marcelo has looks that doesn’t say much about his ethnicity and family origins, we sure know that he is a Croatian national.

He was in fact raised in the village of Okuje near Velika Gorica in Zagreb where he grew up alongside his brother, Patrick Brozović and sister, Ema Brozovic.

Growing up in the village, it was already certain that Marcelo would have an auspicious future in football. This was mostly due to the fact that Marcelo’s dad was big on training his sons on how to best play the sport.

By the time Marcelo was aged 9-10 years old, he joined the youth system of local club Hrvatski Dragovoljac at Novi Zagreb neighbourhood with a view to experiencing competitive football.

While at Dragovoljac, it didn’t take long for the club’s managers to realise that Marcelo was a rare gem in their care because he was technically good and could play three games in a row!

Thus, it wasn’t surprising that Marcelo recorded an accelerated rise through the ranks of Dragovoljac up until the point that he made his professional debut with the club in July 2010.

Although the then 17-year-old midfielder made his pro debut before he was legitly seen as an adult, there wasn’t much that was expected of him.

In fact, he wasn’t the wonder kid of the club’s youth system which he graduated from.

As a result, he enjoyingly took playing first-team football at his own pace such that he scored his first professional goal in March 2011 (almost a year after his debut)! 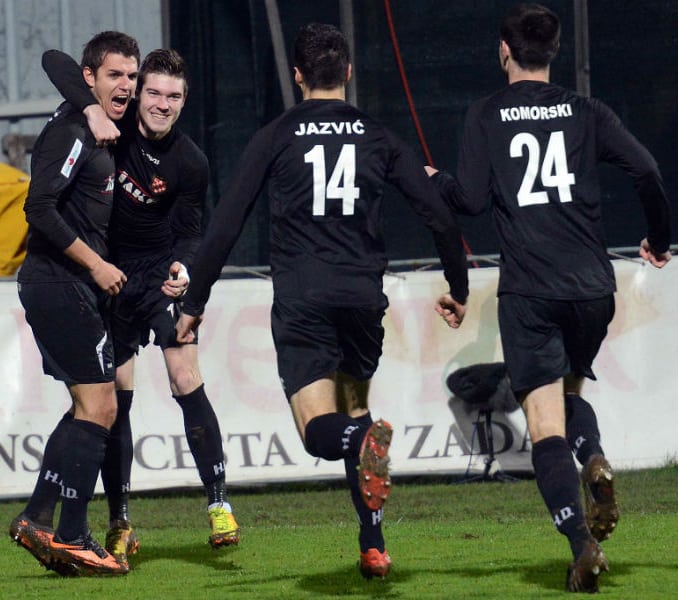 The turning point of Marcelo’s career came midway in July 2011 when he joined NK Lokomotiva after Dragovoljac slipped into relegation.

It was at Lokomotiva that the midfielder slowly improved on his form. He even scored four times to help the club achieve a significant mid-table position!

Neither was he a flop at Dinamo Zagreb, a club that he joined in August 2012 after completion of his lone season at Lokomotiva.

Did you know that Marcelo impressively finished his first season at Dinamo by helping the club win the league?

‘The Blues’ even reached the second round of the 2012–13 Croatian Football Cup and made it to the group stage of the Champions League.

The joy of Marcelo Brozovic’s family members knew no bounds at the time he finally secured his visa to play in Europe.

In view of Marcelo’s impressive track record at Dinamo, Italian side Inter Milan had no fears about signing him on loan – in 2015 – to help strengthen the club’s midfield.

Wearing a number 77 shirt, Marcelo proved to be a valuable asset which made the Nerazzurri table a permanent contract before him after his first season.

The midfielder has over the ensuing years given Inter Milan a run for their money by scoring key goals and helping the Nerazzurri finish the Coppa Italia at comfortable table positions.

What more? He is a key player that has what it takes to make manager – Antonio Conte achieve his quest of ending Juventus dominance in Serie A. The rest, as they say, is history.

Away from Marcelo’s career life, he has one of the most stable relationship life among footballers who ply their trade in Italian football.

Thanks to his girlfriend turned wife Sivija Lihtar. Not much is known about when Sivija became Marcelo’s girlfriend. However, her presence in the life of the midfielder has brought much stability to his career.

Little wonder the midfielder made a wife out of her and enjoys their marital life. The couples have two kids at the time of writing.

It is unarguably true that everyone has a family and that they are the most precious things in life. We bring you more facts about Marcelo Brozovic’s family members starting from his parents.

Ivan Brozović is the dad of the amazing midfielder. He is a football enthusiast who ensures that his family members and close acquaintances are into the sport as well.

In fact, Ivan was a coach to Marcelo during the midfielder’s early life and went on to ensure that his breakthrough in top-flight football became a reality.

Sanja Brozović is the loving and supportive mom of the midfielder. She was the biggest cheerleader at every game that Marcelo played during his boyhood football.

She even assisted her husband in keeping records of Marcelo’s humble beginnings from his goals to assists. It is for these reasons that Marcelo loves his parent and holds them in high regard till date.

Marcelo grew up with two siblings in a middle-class family background setting at Okuje Village in Zagreb. They include his little known sister, Ema Brozovic and brother, Patrick Brozovic.

Like Marcelo, Patrick had an extensive career build up in football but lacked the persistence to rise through the ranks of youth football. Nonetheless, he is supportive of Marcelo’s career and proud of the heights which the midfielder has achieved.

Away from Marcelo Brozovic’s parents and siblings, not much is known about the midfielder’s family roots or ancestry, particularly his maternal and paternal grandparents.

The same goes across the board for the midfielders aunts, uncles and cousins. Similarly, his nieces and nephews are unknown at the time of writing this bio.

Out of his football element, Marcelo Brozovic has one big personality that blends the smart, intuitive, generous and hardworking traits of Scorpio zodiac sign with a passionate and admirable persona.

In addition, he rarely reveals facts about his private and personal life while activities that make up his hobbies and interests include playing tennis, keeping up with basketball games, swimming and spending good time with his family and friends.

Marcelo Brozovic’s net worth stands at an estimated sum of over $15 million as at February 2020.

Contributing streams to his fast-rising net worth are the wages and salary he gets from playing football. In addition, endorsements play a significant role in shaping his spending habits.

As a result, the Midfielder doesn’t need to break banks in order to live a luxurious lifestyle. Pointers to Marcelo’s good living are the exotic cars which he rides.

He also lives in big houses and apartments that match his continuous changing taste for accommodation.

To wrap up our Marcelo Brozovic childhood story and biography, here are little known or untold facts about the midfield general.

As at the time of writing, the Croatian professional footballer’s contract with Inter Milan makes him earn a whopping salary of 6.4 Million Euro (5.5 Million Pound) per year. Crunching Marcelo Brozovic’s salary into numbers, we have the following breakdown.

We’ve incremented Marcelo Brozovic’s salary every Second, crunching it into what he earns per second.

Since you started viewing Marcelo Brozovic‘s Bio, this is what he has earned.

Did you know?… It will take the average worker living in Europe at least 15.27 years to earn the same as Brozovic earns in 1 month.

Unlike his compatriot Josip Ilicic, Marcelo Brozovic has a less fanciable FIFA rating of 82 despite his impressive track records that including helping Croatia reach the finals of the 2018 world cup. Nonetheless, there is hope that his ratings would improve in the future.

A close study of Marcelo physique reveals that his impressive height of 5 feet 11 inches is complemented with tattoos on his left arm. The midfielder can still get more of such arts on his chest, neck, legs, back and abdomen.

Marcelo Brozovic was nicknamed “The Crocodile” because he pulled off a rare crocodile sliding block that prevented Luis Suarez of Barcelona from scoring a free-kick against Inter Milan during a champions league clash.

Marcelo loves the nickname name and once posted a photo of himself wearing crocodile costume during Halloween.

In 2018, Marcelo Brozovic’s family members were proud to be among the few families in Croatia who have seen their own (Marcelo) receive The Order of Duke Branimir.

The medal, known as the Red kneza Branimira (in Croatian language) is the 7th most important medal given by the Republic of Croatia. Mario Mandzukic and Luka Modrić among several other Croatian footballers who have won it.

Like his compatriot Luka Modric, Marcelo has not publicly showcased his bearing on matters of faith. However, the odds are largely in favour of him being a believer.

To start with, Marcelo Brozovic’s parents raised him in a Christian home. More so, his brother and son answer to the name Patrick and Rafael respectively.

In this final section of Marcelo Brozovic’s Biography Facts, you’ll get to see his Wiki knowledge base. This helps you find information about him in a concise and easy way.