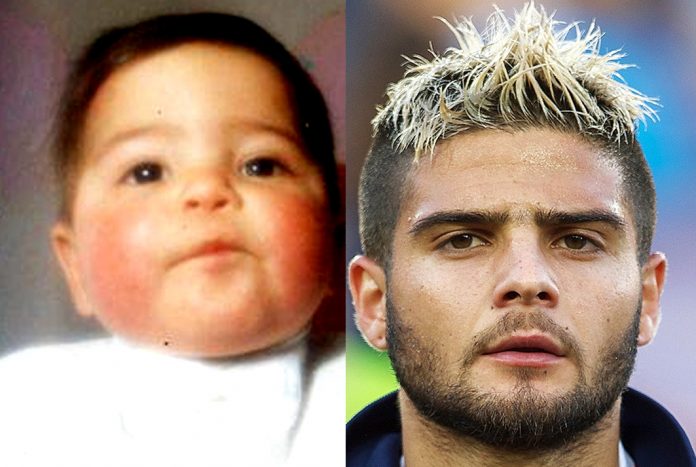 Lifebogger presents the Full Story of a Football Genius best known by the nickname “Magnifico“.

Our Lorenzo Insigne Childhood Story plus Untold Biography Facts brings to you a full account of notable events from his childhood time to date.

Yes, everyone knows of his speed and goal-scoring prowess, which is similar to Federico Chiesa and Mario Balotelli (in his prime).

However, only a few have read Lorenzo Insigne’s Biography, which is quite interesting. Now without further ado, let’s Begin.

For Biography starters, Lorenzo Insigne was born on the 4th day of June 1991 at Frattamaggiore, Italy. He was the second child born to his mother Patrizia Insigne and to his father Carmine Insigne.

Growing up in Frattamaggiore (pictured below) best known for producing a number of football geniuses, including Arturo Lupoli and Francesco Lodi, young Lorenzo, had a challenging start to life.

Lorenzo’s parents struggled with raising him and his three brothers in a cramped home that could barely ensure a comfortable life for a family as large as Lorenzo’s.

Situations took a worse turn when Carmine Insigne (Lorenzo’s dad) was made redundant at work, a development that prompted Lorenzo’s grandparents to help cushion the hardship of raising their grandchildren.

In spite of the challenges being experienced, Lorenzo, who had developed an early interest in football, never strayed from his childhood passion.

For Lorenzo, interest in playing football came naturally, just as feeding comes naturally to kids, a fact Lorenzo’s mother recalled by revealing that;

“As a kid, Lorenzo ate between Mouthfuls and always had a ball at his feet while he was at it.”

In a bid to support the efforts of his parents and grandparents, Lorenzo took up a job at a market stall where he sold clothes.

It wasn’t long before he made enough money to buy himself a Ronaldo R9 jersey of his childhood football idol, the Brazillian Ronaldo.

Proceeds from the sales also helped promote his interests in youth clubs first of which was Olimpia Sant Arpino where Lorenzo spent the better part of his formative years. 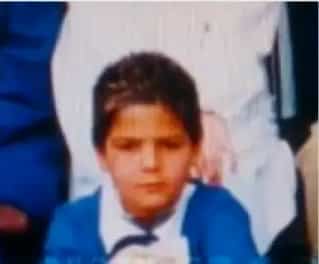 While at Olimpia, Lorenzo did much to make his small stature come off as non-limiting to his performance by pulling off impressive goals.

His efforts paid off when scouts from Napoli overlooked his size and brought him to Napoli’s Youth Team when he was only 15.

It was at the Napoli youth team that Lorenzo embarked on a road to fame journey with his goal-scoring prowess for the club’s Primavera team.

Subsequent football endeavours saw Lorenzo loaned to a number of neighbouring clubs, including Cavese, Foggia and Pescara, where he helped the club win the Serie B title and put an end to being loaned out. 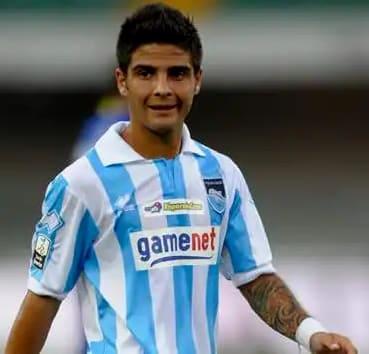 His progress didn’t go unnoticed by his club, who made gave him a place in the club’s first team.

Consequently, he made his Serie A and UEFA champions league debut in 2012 and 2013 respectively, exhibiting versatility with any flank, speed as well as goal-scoring and assist capabilities.

That did not only help Napoli progress in various campaigns but secured him make a debut in the 2014 World Cup for Italy. The rest, as they say, is history. 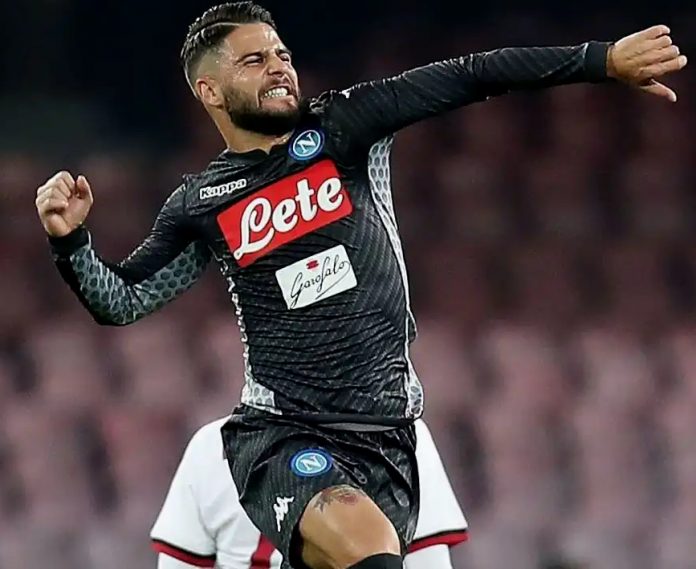 Lorenzo Insigne has been in a long-term relationship with his girlfriend or Wag-turned-wife, Genoveffa Darone. A lady Whom many believe Insigne would not have become a star without her influence in his life.

The couple met in Naples while Insigne was playing for Pescara. Their meeting, which Insigne would always recall by noting that:

“From the moment i saw her, i knew that i wanted to be with her”

Playing on loan for Pescara saw Insigne live 250km away from Naples where Genoveffa lived.

As a result, Insigne worked hard by scoring 19 goals for Pescara to ensure Napoli called him back and by extension, ensure that he lives close to Genoveffa. 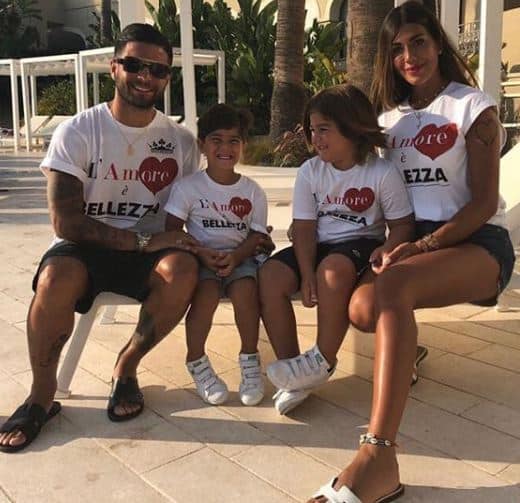 One cannot talk about Insigne without broaching the subject of his height. Standing at 1.63 m (currently) Insigne’s height continues to hunt him in a different way. From how it almost led him to give up his dreams of playing football at a professional level.

“In Italy, Scouts are very honest, they would always say “We like him, but he’s a shorty.”

I got fustrated overtime, nursed plans of quitting and would wake up every morning hoping I’d grown overnight”.

Fast forward to Insigne’s rise to fame, the football genius height doesn’t hunt in a sad way as it used to. It has become a comic relief as he seemed to often get unlucky when paired with Mascots. 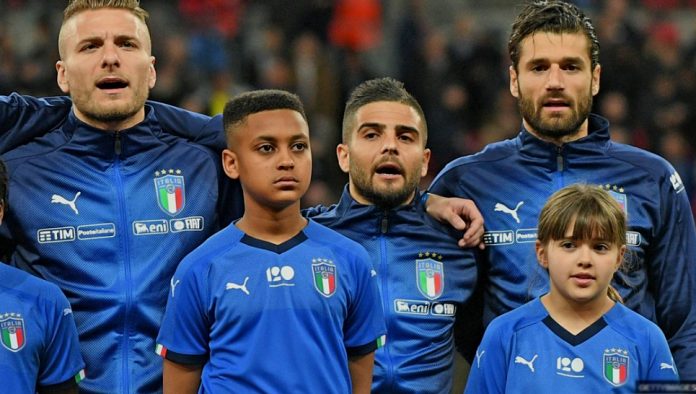 One would want to argue that Insigne only gets unlucky with mascots during appearances for Italy’s national team, however, the same incidents occur during his appearance for club side. 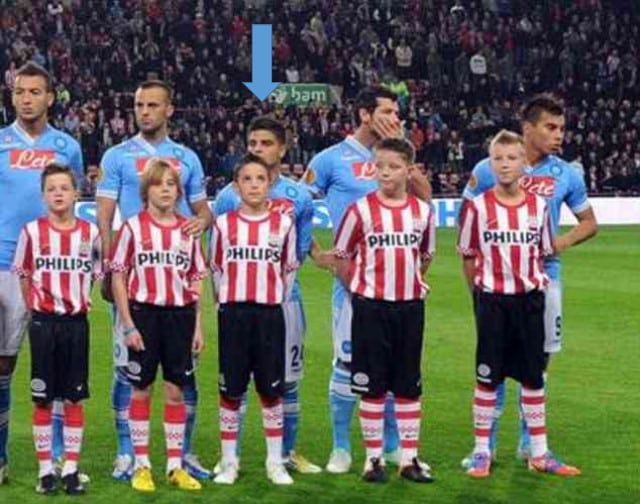 A sad incident that did much to unravel insecurity in the city of Naples was the robbing of Insigne and his wife at gunpoint.

Insigne was driving in the city of Naples when two robbers who were riding a motorcycle pulled up. They stopped beside his car while they were held in traffic.

The robbers brandished a pistol at Insigne and his wife. Forcing the duo to part away with a Rolex watch. Also, a diamond bracelet and 800 euros in cash.

More shocking was the fact that the robbers knew who their victim was. As they adjured him to score a goal for Napoli against Fiorentina in an upcoming match.

Insigne was nicknamed “Lorenzo Il Magnifico” by sportswriters and fans for his ability to deploy his goal-scoring and assist capabilities in changing a complicated game for his team’s advantage.

Insigne grew up loving the Brazillian Football legend, Ronaldo against Maradona. The love he had for Ronaldo was exemplified by his cravings for Ronaldo football kits, especially the R9s boots that came in silver, blue and yellow colours (pictured below).

His love for the legend also defiled reasoning as Ronaldo, who played for Inter Milan at the time was known for his ruthlessness against Napoli (Insigne’s hometown club). 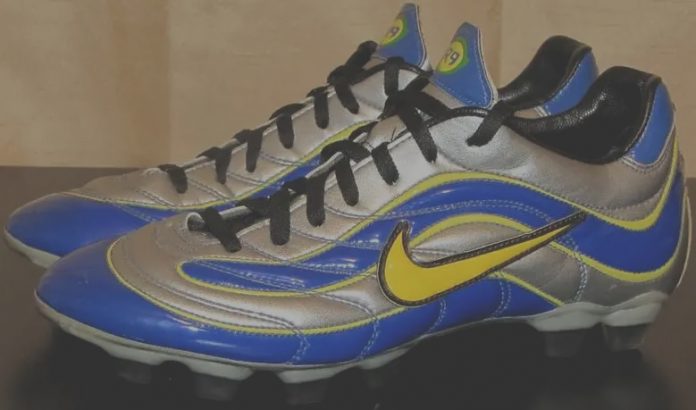 “My father was a huge Napoli supporter.

and a great fan of MaradonA.

of course, Ronaldo played for Inter at that time. and he was making Napoli cry.

But I was just a kid. I didn’t know any better.

and I was obsessed with the R9s boot which my dad bought for me.

anyway becausE I believed it would make me play like Ronaldo”.

However, Insigne has grown up to appreciate Maradona now that he (Insigne) plays for Napoli and has a full grasp of what it means to play in the same pitch where Maradona once played.

“With all due respect to Ronaldo. now that I am older, and I know my history.

I have to repent and say that Maradona is the greatest who ever lived.

Mr Ronaldo, you had great boots.

You were a genius. You were my inspiration. But I am a Neapolitan.

and so I have to say that there is only one king. and his name is Diego”.

Insigne is a determined player who would stop at nothing to prove himself worthy of what he wants.

This is evident in his impressive performance at Pescara. Which did not only win him a place at Napoli, but brought him closer to the love of his life. 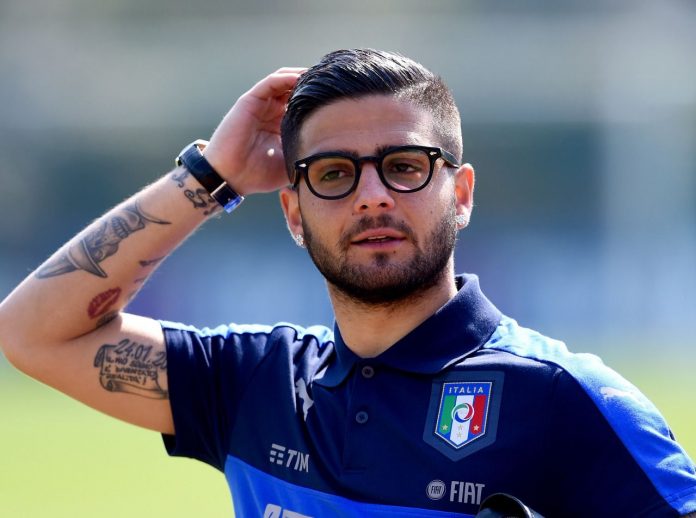 More so, he loves being in touch with his friends, family and anyone he has a good history with.

At LifeBogger, we strive for accuracy and fairness in our quest to deliver Italian Football Stories.