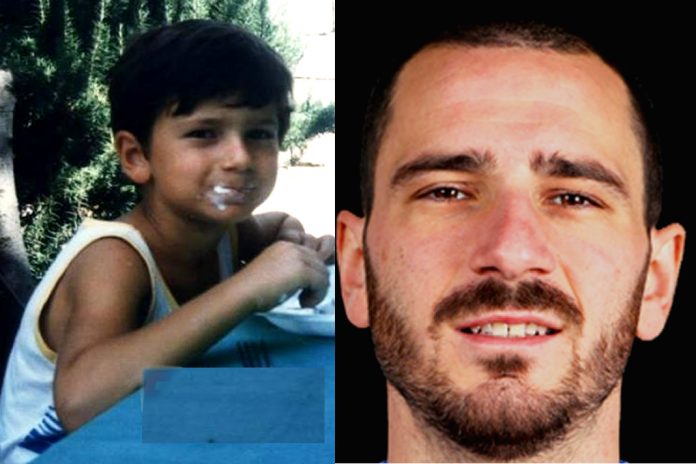 LifeBogger presents the Full Story of a Football Genius with the nickname “Bonnibauer“.

Our version of Leonardo Bonucci’s Childhood Story, including his Untold Biography, brings to you a full account of notable events from his boyhood days to when he got fame.

The analysis of the Italian Legendary Defender involves his life story before fame. His family background, relationship life. And many other OFF-Pitch facts (little known) about him.

Yes, everyone knows of his ability to execute his defensive prowess. But only a few consider Leonardo Bonucci’s Bio, which is quite interesting. Now without further ado, let’s Begin.

For Biography starters, Leonardo Bonucci was born on the 1st day of May 1987 at Viterbo, Italy. He was born to his father, Claudio Bonucci and to his mother Dorita Bonucci. Leonardo Bonucci’s Dad is a businessman with interests in selling paints.

Bonucci grew up in Pianoscarano. This is a neighbouring town to Bonucci’s birthplace place. The town is best known for its medieval architecture.

As a child, young and chubby Bonucci developed an early interest in football. It wasn’t long before Leonardo’s family ensured that they gave his passion for the sport enough grounds for expression.

Leonardo was fully enrolled in his hometown’s Pianoscarano team. There, he did not only start playing competitive football at a very tender age. He committed the better part of his childhood to the team.

Bonucci’s love for football was much influenced by his family particularly Claudio Bonucci (his football enthusiastic dad) as well as his elder brother, Riccardo (pictured below with Bonucci) who played football to the level of a central defender in Serie C1 with Viterbese.

Riccardo contributions to helping young Bonucci find his feet at their hometown team cannot be overemphasized.

Aside from protecting Bonucci from bullies, Riccardo also worked to ensure that his kid brother appeared in clean kits before games and training.

Being the last born of his parents, Bonucci never missed out on the love and associated benefits that are naturally accorded to the youngest member of every family.

Leonardo Bonucci’s parents granted him free rein to his cravings. Which includes making his favourite meals available and watching him eat with gusto!

Bonucci left his neighbourhood team to begin his foray into club football. He started with the under-15 squad of Viterbese when he was aged 13. And stayed with the club until 2004. 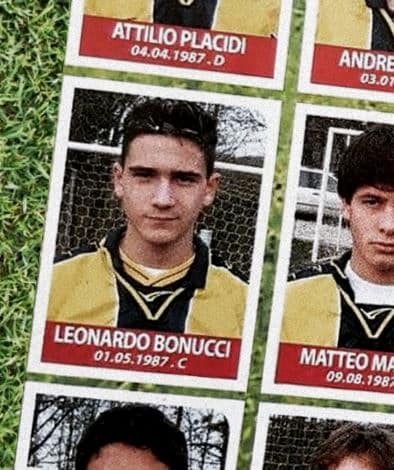 Much later, Bonucci joined Inter Milan in 2005. There, he rose through the youth ranks of the club. And then became a member of the Inter U20 team. This team won the national youth league title.

Subsequent youth football endeavours saw Bonucci move to Treviso, Pisa and Bari where he achieved little until he secured a move to Juventus on the 1st of July 2010.

It was at Juventus that Bonucci was paired with teammates Barzagli and Chiellini to establish a formidable three-man defence under a 3-5-2 formation.

The trio earned the nickname BBC, (taken from their respective initials) and together, they established one of the best defences, helping the club and Bonucci clinch his first major title, the 2011–12 Scudetto.

That earned him a place in the final UEFA Euro 2012 squad. The rest, as they say, is history. 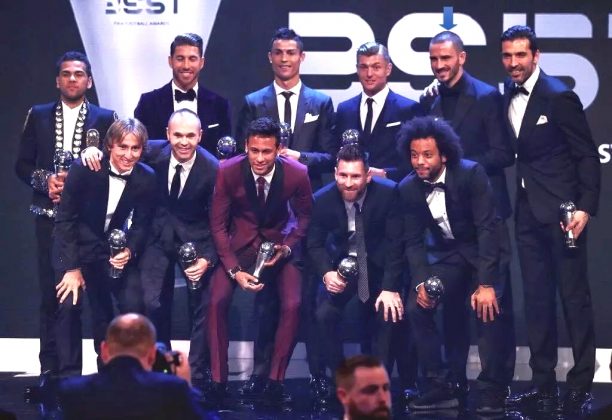 Bonucci is one among few professional footballers who know how to seek and keep love outside the confines of football stadia.

This explains why he is still in a relationship with his longtime girlfriend and model Martina Maccari, whom he met many years ago. 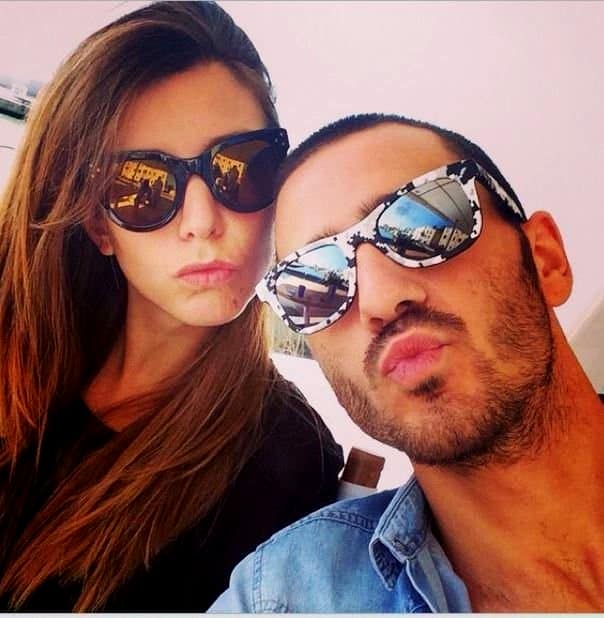 The couple got married in June 2011, sealing a bond that only strengthened over the years. 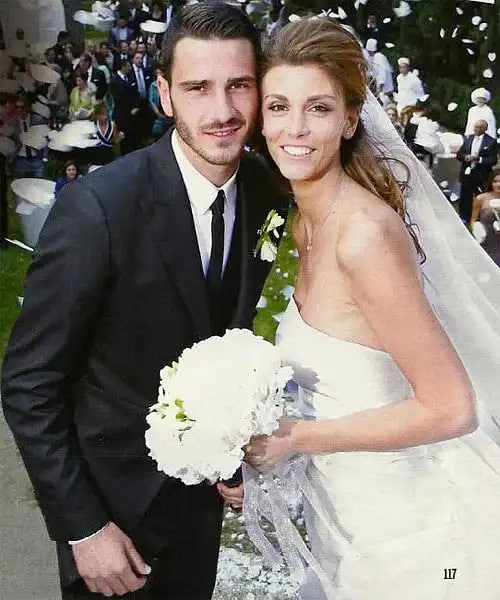 Their union is blessed with two sons; Lorenzo (born in July 2012) and Matteo (born in May 2014). Both kids are endeared to their parents, who never miss an opportunity to prove how much they are cherished. 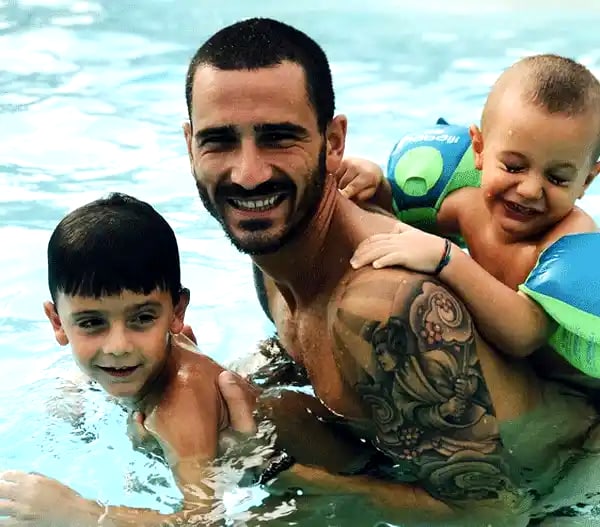 Bonucci had the most depressing moments of his football career when his youngest son, Matteo had a serious Illness (hernia) that required emergency surgery in July 2016.

The period was quite a traumatic one for Bonucci as he could hardly concentrate or think of anything but the quick recovery of his son. Months after the surgery, Bonucci recounted the trying moments during an interview with El Pais.

“For three or four months, my head was just not in the right place, it’s the head that gets the legs moving.

For around 15 days after the surgery, until I started to see him improving, I was just not interested in training or anything to do with football.

I’ve always hated hospitals and tried to avoid them, but at that time, I had to be there, and I was really struggling to be calm”. 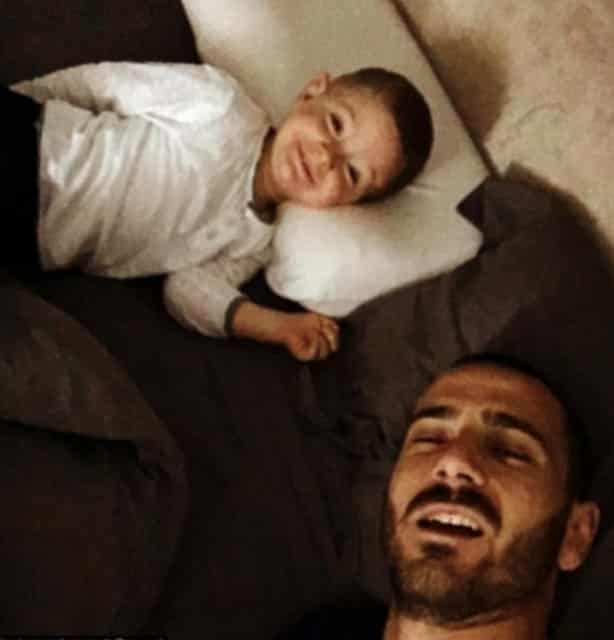 Speaking further, he revealed that he almost quit football during the trying moments.

Matteo is much better now, and our family feels more united than ever. Yes, I thought about quitting. Football was just not my priority at that moment.

You see your son with so much to live for, he’s asking you so many questions and why this is happening to him… and I had no answers.

Priorities change at those times. Now I tell myself that I am lucky. Everything I have done has been from the heart.”

However, Matteo recovered and the development brought so much joy to his father who couldn’t help asking that his 2017 Serie A medal be worn by his son. 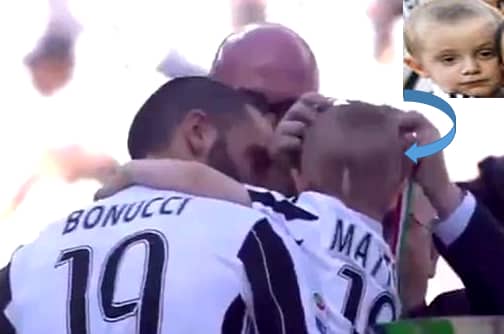 Bonucci made a valiant effort in defending his family when armed robbers confronted him, his wife and his then five-month-old son in October 2012. 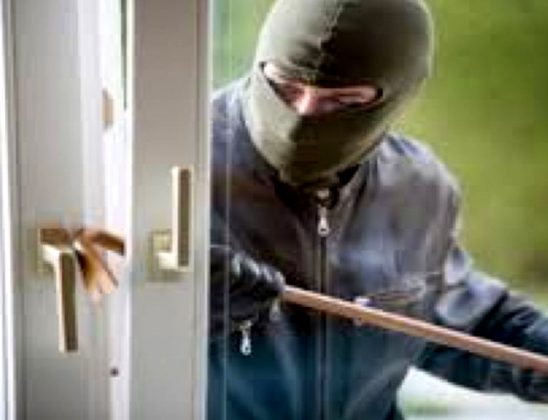 Despite being held, he managed to punch one of the robbers while he was reaching out to collect a watch he demanded from the defender. 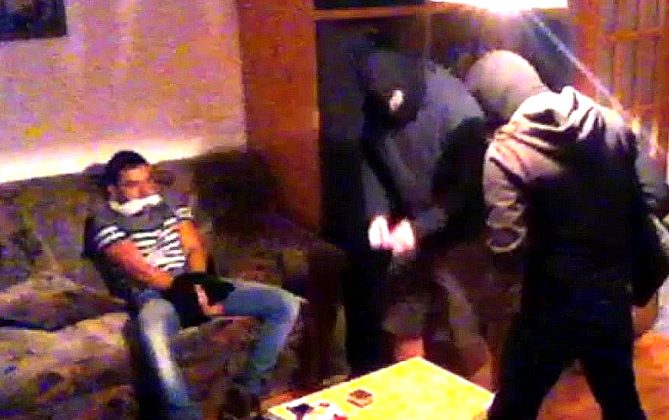 The robbers, however, escaped with their accomplice on motorbikes after they were pursued down the street by the brave defender. 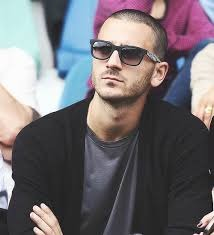 Bonucci is practical and well-grounded. He is someone who loves to harvest the fruits of his labour, as seen in his football glories in recent years.

More so, he also feels the need to be surrounded by love from family and beauty from his wife.

As it relates to his personal life, Bonucci is someone who considers touch and taste as the most important of all his senses.

He dislikes sudden negative changes in his personal life, relationship complications, and insecurity of any kind. Insecurity was felt after the moment he got robbed.

As regards his weakness, Bonucci could be stubborn, possessive and uncompromising. Above all, he is a reliable, patient, practical, devoted and responsible man.

Bonucci, who has established himself as one of the best defenders in the world, has been praised severally for his leadership skills.

He has been described as a natural leader who drives the team with his presence. This was evident in his immediate pronouncement as the team captain when he got signed to Milan.

Further recognition of his leadership prowess saw him clinch a big opportunity. That is, to captain his Serie A club, Juventus as well as his National team, Italy. 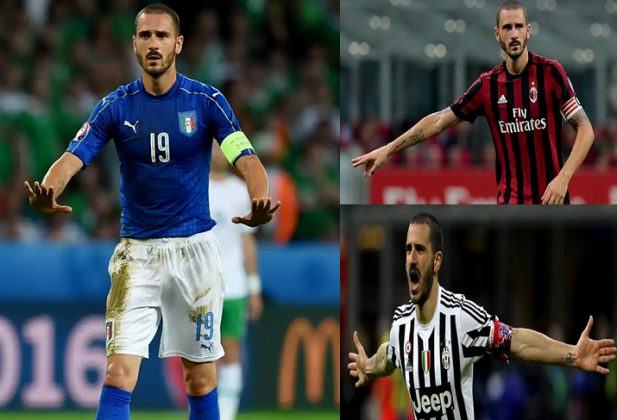 Bonucci, alongside his Juventus teammate, manager Antonio Conte, as well as many other players were accused of match-fixing in May 2012.

He was particularly accused of being complicit in fixing the result of a 3–3 draw. The draw happened against Udinese in May 2010.

As of then, there were reports that he could potentially face a three-and-a-half-year ban. That is if he was found guilty during the 2011–12 Italian football scandal investigations. 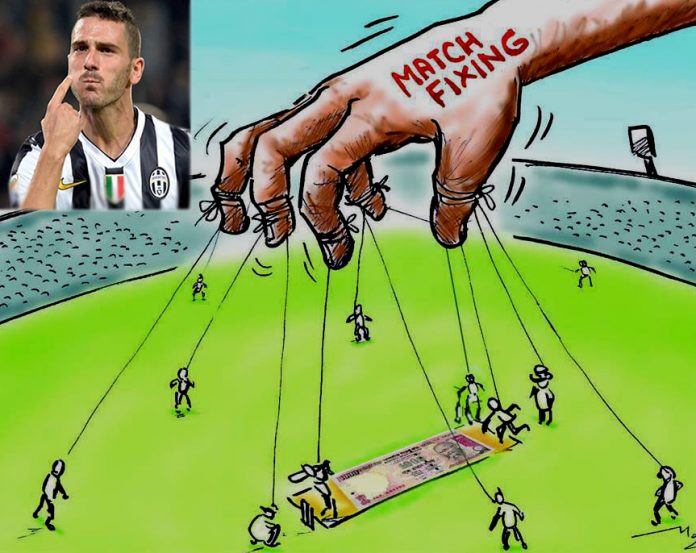 Bonucci, however, pleaded not guilty of the unlawful act and was subsequently acquitted alongside Pepe in August later that year.

Bonucci was nicknamed “Beckenbonucci” by the Italian press which compared his defensive capabilities to that of famous German player and manager François (Franz) Beckenbauer.

Although Franz played football in the capacity of a defender, he had excellent leadership abilities that saw his country (West Germany) win the World Cup in 1974. 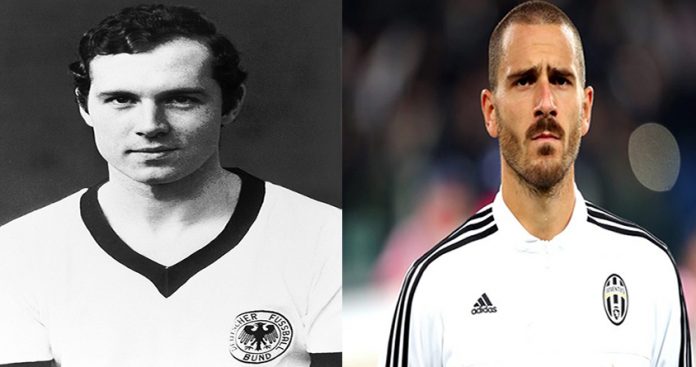 Similar abilities and potentials have been discovered in Leonardo Bonnuci who was first dubbed Beckenbauer before an appropriate name “Beckenbonucci”  was developed.

While other footballers wear numbers that depict their roles, his case is different. The truth is, the number 19 on the Leonardo Bonucci shirt goes beyond his roles.

About his shirt number, he once told the truths during a press briefing in 2016. Bonucci said that the number 19 is not just important for him, but his family:

“The number 19 is present on the date of birth of my wife and children as well as the day of our marriage. In fact, I once had plans of renewing my contract with Juventus on the 19th of December”.

FACT CHECK: Thanks for reading our Leonardo Bonucci Childhood Story plus untold biography facts. At LifeBogger, we strive for accuracy and fairness. If you see something that doesn’t look right in this article, please place your comment or contact us!.