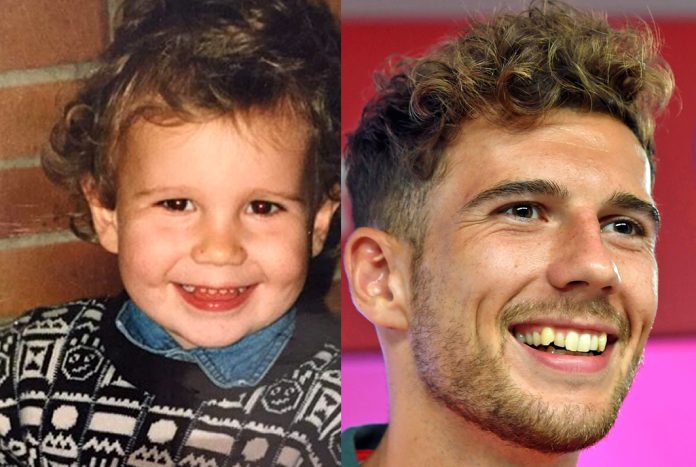 Our Leon Goretzka Biography tells you Facts about his Childhood Story, Early Life, Parents (Mr and Mrs Konrad Goretzka), Family, Girlfriend/Wife to be, Lifestyle, Net Worth and Personal Life.

In a nutshell, this is a Life Story of Goretzka. Lifebogger begins from his boyhood days to when he became famous.

To whet your autobiography appetite, we’ll break down his childhood to his adult gallery — which gives you a perfect version of Leon Goretzka’s Bio.

Yes, everyone knows he is one of the brightest talents in German football. However, only a few consider Leon Goretzka’s Biography, which is quite interesting. Now without further ado, let’s Begin.

For Biography starters, Leon Christoph Goretzka was born on the 6th day of February 1995 to his parents, Mr and Mrs Konrad Goretzka, in Bochum, Germany.

Looking at the name Goretzka, you might be interested to know its origin. According to Quora, the name “Goretzka” is Germanized and stems from the Polish name “Górecki“.

This, by implication, means that Leon Goretzka’s family are properly descendants of Poland.

His ancestors were once migrants who left Poland for the Ruhr industrial powerhouse of Germany in the 19th century. One centre of this polish immigration was Bochum, Leon’s birth city. 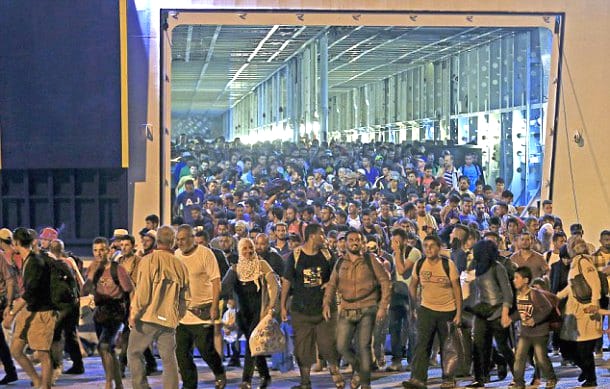 Did you know?… About two-thirds of these Polish migrants re-migrated or went back to Poland in 1918 when Poland got its independence.

Leon Goretzka’s family was probably among the remaining one-third who remained back in Germany.

In other to remain more German, most families decided to change their name or its spelling. Leon’s Polish origin also has its evidence from FC Schalke, his former club.

Did you know?…  When the German football club became champion for the first time in 1934, three-quarters of the team were Polish.

This clearly verifies the presence of Polish migration at that time.

Superstar Leon Goretzka was born into a middle-class family. His father, Konrad Goretzka, is one of the modern-day beneficiaries of the German industrial revolution.

Konrad Goretzka worked as an automotive engineer and electrical engineer for Opel. Leon learned a lot from his dad during his childhood days. He still gives credits his father for his leadership skills. 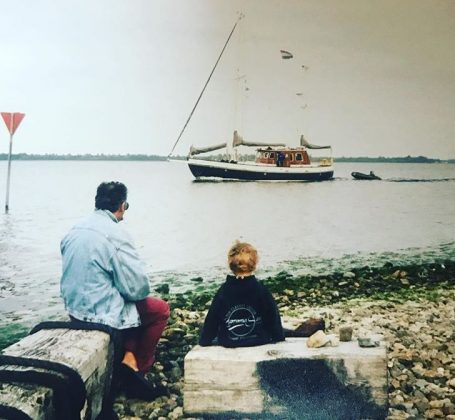 “My dad usually takes me to the seaside and told me how important it is to win and still be a good person,” Goretzka said.

“I have been able to transfer it to football which has softened my skills a lot.”

Despite having a huge fatherly impact, Leon’s mum played a major role in raising her son in a Catholic way. Apart from friends, Leon, to date, still has his mum as his best companion.

Growing up, there were no toys or games. All gifts and toys came in the form of a soccer ball. That was a pointer to the incredible journey of his career.

According to Leon, “I once played the fabric ball in the nursery now the biggest stadiums in the world”

Early on, Leon had possessed a steely determination to become a professional footballer. Such motivation came thanks to his home being just five minutes away from the legendary Ruhrstadion, the home of his local boyhood club VfL Bochum.

Frequent visits to the football stadium with his season tickets made him appreciate the sports, and this led to the decision to start a career.

Leon took this proximity advantage by joining the local club Werner SV 06 Bochum in the year 1999 at the age of 4. At this time, his ambitions of becoming pro no longer became a passing fantasy.

At the age of 17, he won the Fritz Walter Medal in gold which is the highest award in the German junior football system. 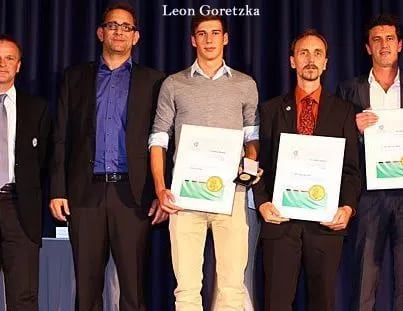 Immediately after his Fritz Walter Medal, Leon continued to impress fans with his unrivalled performance. 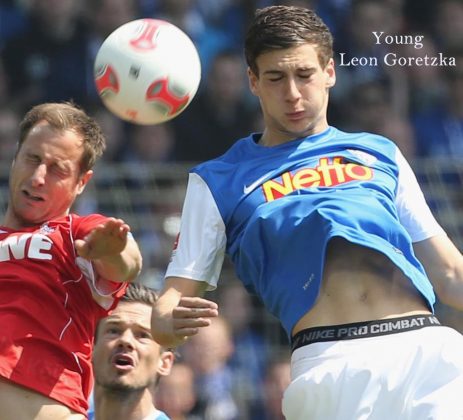 Fighting for his signature, Matthias Sammer, then the Sporting Director at Bayern Munich in the summer of 2013 reportedly met with Leon Goretzka’s family and tried to convince them to let their son join Bayern.

Unlike most footballers, Leon refused to join any of these big clubs. He decided to join Schalke 04, a club with a track record of promoting youth footballers.

It is worthy to note that the likes of Ozil, Kolasinac, Neuer, Draxler all had their youth careers promoted through the Schalke 04 system.

While at Schalke 04, Leon kept himself busy with his studies especially during his first year with the club.

He completed his Abitur (a German university-preparatory exam) and graduated from Alice-Salomon-Berufskolleg (a Vocational School) in Bochum, western Germany.

After completing his studies, it was time for Leon to focus fully on football. However, things didn’t go as planned for him.

At some point in his early career, Leon had some injury setbacks. He was diagnosed with chronic bowel inflammation. This had a negative impact on his ability to recover from games. 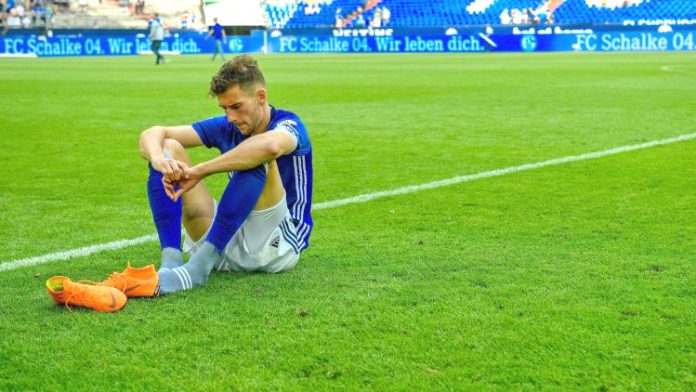 Speaking to German sports magazine 11 Freunde on his recovery, Leon once said…

“I completely changed what I ate. I stopped eating gluten, cow’s milk, pork, and nuts. As a result, I had fewer issues with my health and can recover from a game much quicker.”

Goretzka made his Germany debut aged 19, in the run-up to the 2014 World Cup. Although, he was not named by Joachim Löw in the final 23-man squad due to a muscle injury.

However, being part of Germany’s triumphant win in the 2017 Confederations Cup squad brought him the much-needed fame he had dreamt of.

Goretzka finished as a joint top scorer with Timo Werner and Lars Stindl. All had three goals in the competition.

This career success signalled to him on the time was right to make a move to a top filer club. On 1 July, Leon Goretzka officially joined Bayern. The rest, as they say, is history.

The German is one of those footballers whose romances escape the scrutiny of the public eye simply because his love life is drama-free.

Leon’s pretty girlfriend Mathea Fischer was born in 1992 in Gelsenkirchen, a city in western Germany. Both began dating in 2016 and have since maintained a private relationship.

Despite being active on social media, Leon Goretzka has not posted a single photo with his lady, Fischer.

Judging from the photos of him and his lady, you will be convinced that Leon indeed has a perfect definition as to what a low profile relationship life means. 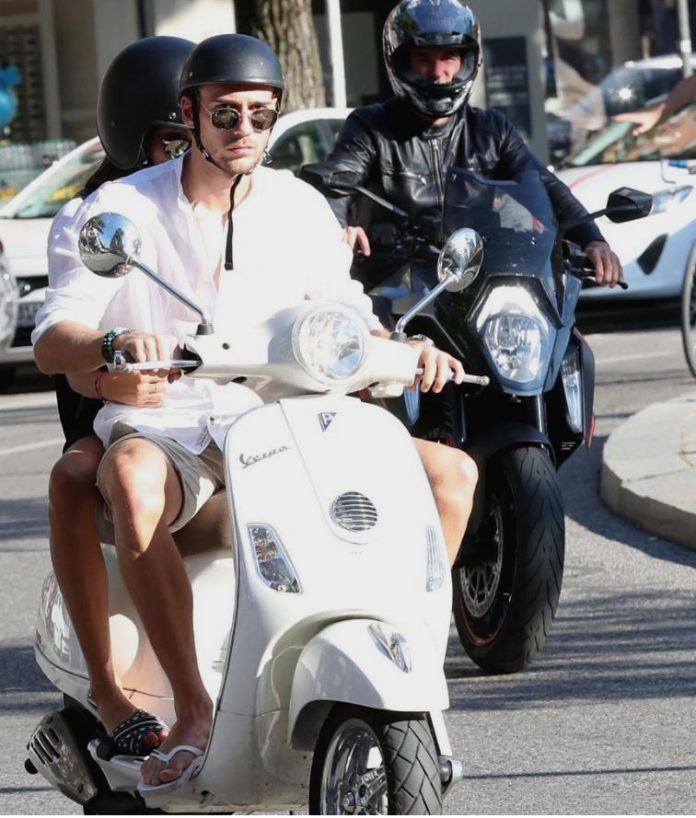 You will hardly see a footballer who earns 10 million euros per year driving a scooter.

Getting to know Leon Goretzka’s personal life would surely help you get a complete picture of him.

Leon is someone who most times loves to be alone and away from everything in order to restore power to his mind. 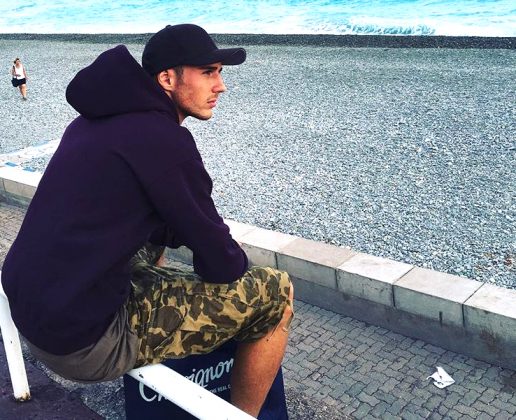 He is a deep thinker and highly intelligent person who loves helping others without expecting something back in return. Leon gives back to his childhood friends and believes in the concept of “Blind Trust“. 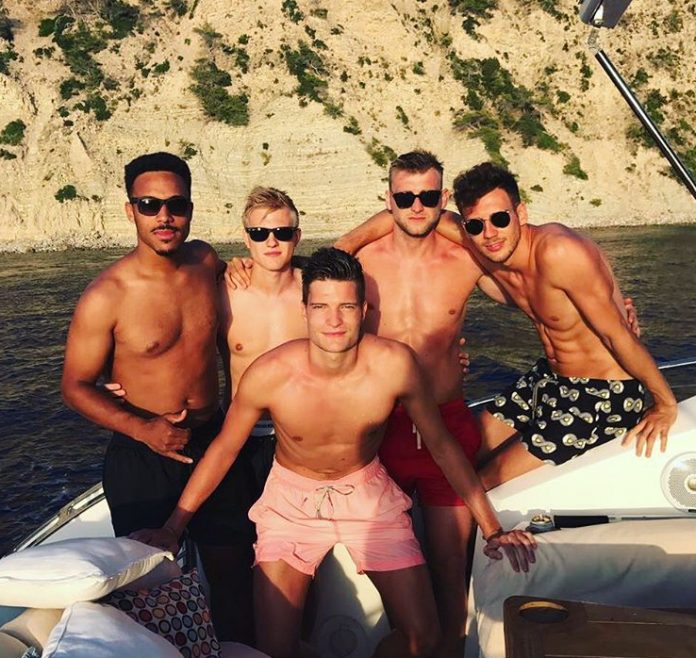 According to Leon..“Blind trust is the most valuable thing I can give to a person because a value is measured by its frequency!”

Why Leon had an interest in Education despite knowing he would become rich?…

According to reports, Leon did not want to be the black sheep in his family since his siblings all studied through to college. Also, he has plans of furthering his studies after he hangs up his boots.

Although, Soccer (football) is like a religion for Leon. However, he still relies on his Catholic faith in his search for glory. 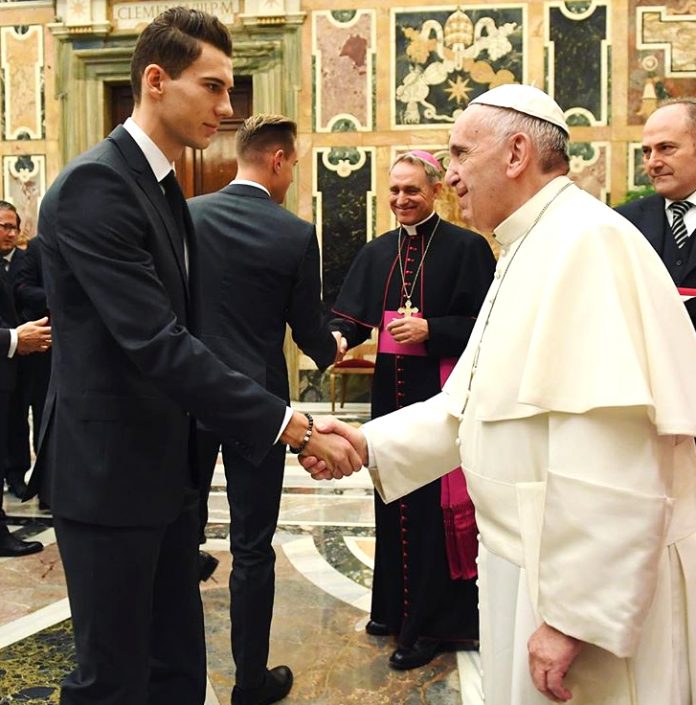 You will hardly see any German footballer in a middle-tier club with a huge African fan base.

Leon Goretzka is as he has got lots of young fans in Africa. Some reports have it that Leon sends aid to Africa. 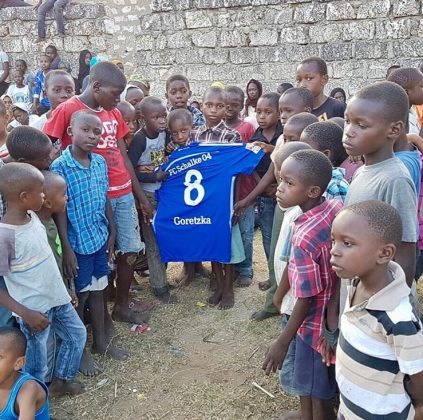