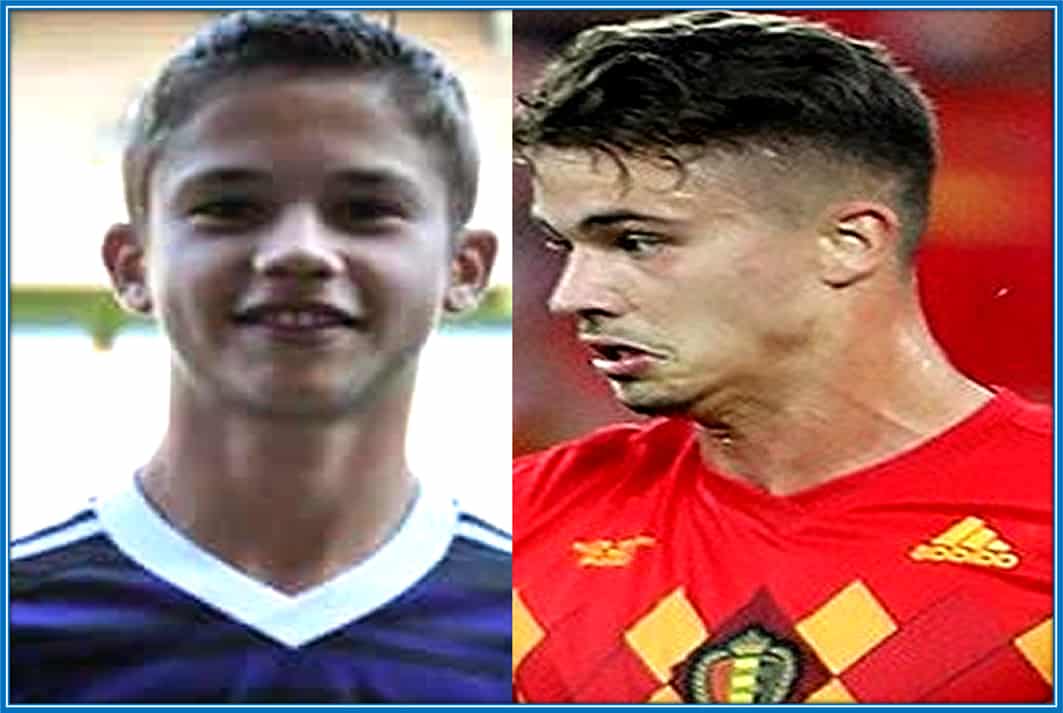 Simply put, we give you truths on significant events in the life of the footballer starting from his formative years to when he became very popular.

Yes, everyone is aware of his versatility, passing skills as well as excellent technique and vision.

However, not many have read Leander Dendoncker’s biography which is quite educational. Now, without further ado, let’s launch.

For bio starters, the footballer is nicknamed Leandriñho. He was born on the 15th day of April 1995 at the rural village of Passendale in Belgium.

Leander Dendoncker was born to his mother, Katrien and to his father, Dirk.

The footballer is an authentic Belgie national. Results carried out to determine Dendoncker’s family origins reveal that he is of Flemings ethnicity.

The ethnic group dominates the northern part of the European country.

The Belgian grew up at his birth village in Passendale. This is a small village located in Zonnebeke municipality. It is famous for cheese and known as a first world war battlefield.

Growing up in the village alongside his brother Andres (older) and Lars (younger), Dendoncker was an extremely shy kid. He didn’t talk much but was very big on playing football.

The young football prodigy was not alone in the sport. In fact, his brothers were also lovers of football.

Leander Dendoncker’s parents were not oblivious of the fact that their kids had prospects for football. Therefore, they did everything to support them.

Notable among the support was Dendoncker’s father decided to carve out a part of their pig farm for the children to use in practising football.

The move was indeed a sacrificial one given that the lower class family made a living from farming and land was relatively scarce.

It wasn’t long before ‘Leandriñho’ got enough experience from playing with his brothers and began training with his local team FC Passendale before he was aged 7 in the early 2000s.

While at FC Passendale, the football prodigy stood out among his peers such that he caught the attention of K.S.V. Roeselare.

The soccer home was quick to make Dendoncker a part of their forces and he did well to repay their confidence in him for three years (2003-2009).

The turning point of the youngster’s football journey came in 2009. It was the year which he earned a big move to Anderlecht.

While with the Belgie giant, a 14-year-old Dendoncker became homesick and had tough times with settling down.

At the peak of his challenges, Dendoncker begged Anderlecht staff to release him. However, they didn’t.

Instead, the youngster was placed under the care of the club’s media officer – David Steegen – parents who provided him with support and comfort.

Thereafter, the football prodigy rose through the ranks of Anderlecht up to the time that he made his debut for the big soccer house in 2013.

At the peak of his impressive career at Anderlecht, Dendoncker helped them win the 2016–17 Belgian First Division A before moving to Wolverhampton Wanderers in 2018.

Fast forward to the time of writing this article, Dendocker is one of the players which Wolverhampton consider key to helping them chase their ambitions.

Whichever direction fortune tilts for him, the rest, as they say, would be history.

Who is Leander Dendoncker’s Wife?

Ever since Leandriñho became a regular feature for Wolverhampton, many have been keen about knowing the woman in his life. Fortunately, the player is not one to keep his love life private.

As such we can confidently report that he is in a relationship with a girlfriend Niki. Not much has been gathered about when the duo began dating, but we are aware that they live together and have neither son(s) nor daughter(s) out of wedlock.

There are only a few football players who do family timekeeping and Leandriñho is one of them. We bring you facts about Leander Dendoncker’s parents, siblings and relatives.

Dirk is the father of the Belgian. He gave up a possible football career in order to work on the farm and was happy to see his children enjoy football on the farm.

Dirk now works as a bricklayer and he is proud of his how far his sons have come in football.

Katrien is the footballer’s mom. She is unarguably the least known of Leander Dendoncker’s parents.

Not much is gathered about her save for Dendocker’s admission that he was a mummy’s boy. Notwithstanding, it goes without saying that she did play important roles in the life and rise of the baller.

Like we did earlier state, the Belgian professional footballer has two siblings who grew up with him. They include his younger brother Lars and older brother Andres.

Lars is at Brugge’s academy while Andres enjoys his career at the lower level in his home country. Both siblings love Dendocker and are proud of his achievements.

Away from his immediate family, details of his ancestry are unknown particularly as it relates to his maternal and paternal grandparents. In addition, not much has been gathered about Dendoncker’s uncles, aunts, cousins, nephews and nieces.

Let’s move on to “Leandriñho’s” life outside training and stopping opposition strikers. Are you aware that his friends, family and teammates speak with one voice whenever they are asked to describe his persona?

They confess to the fact that Dendoncker is a likeable person who is emotionally intelligent, ambitious, creative and resilient like individuals whose Zodiac sign is Aries.

What’s more, he is known to be big on watching movies, playing video games, spending quality time with family and friends among other interests and hobbies.

Without a doubt, Leander Dendoncker can afford to live a luxurious lifestyle similar to that of some football geniuses who have no problem spending big on assets like cars and houses etc.

Truth is, the Sportster chooses to live a modest lifestyle as he is yet to be seen driving in exotic cars while the value of his house in his motherland is yet unknown.

Regarding how the Leandriñho makes and spend his money, he has a net worth of over $8 million (WTFoot Dendoncker Report) at the time of writing his biography.

Streams of Dendocker’s wealth originate from the wages and salaries that he receives for his role in top-flight football while endorsement contributes a great deal to his income.

Our write-up about Leandriñho would be incomplete if we fail to intimate you with these little known or lesser facts about him.

Dendocker is not big on religion and has left no deliberate trails that point to his religious bearing. Thus, it cannot be conclusively stated whether he is a believer or not, but the odds are greatly in favour of him being a believer.

Like his fellow countryman, Thomas Meunier Leandriñho has a fair overall FIFA rating. A 79 rating as of 2020 which is an aggregate of Dendocker’s strengths and skillset reveals how far he has come even as he is yet to achieve his potential rating of 84 points.

1995 is not only significant for being Dendocker’s birth year? It was in 1995 which JavaScript was first introduced and deployed while eBay started the online auction and shopping website.

What’s more, are you aware that good old Pocahontas hit cinemas in 1995?

has earned since you began viewing this page.

Thanks for taking out time to read this engaging article about Leander Dendoncker’s life journey. We hope it has made you believe that the turning point to success is not rosy.

At Lifebogger we pride ourselves on delivering bios with fairness and accuracy. If you did come across anything offish, please contact us or leave a comment below.