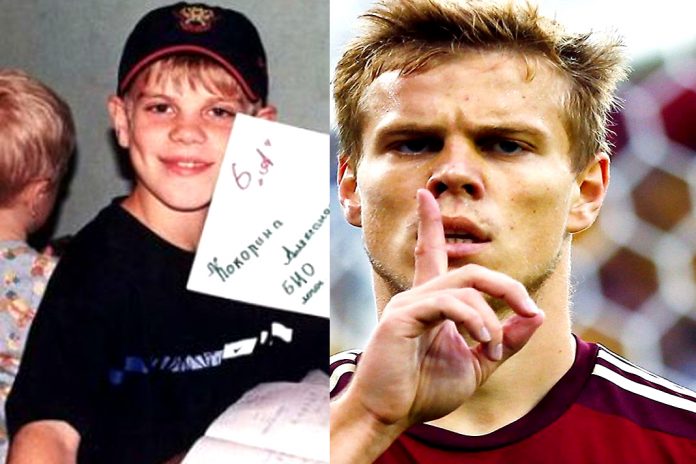 LB presents the Full Story of a Left Back Genius who is known by the name; “Bieber“. Our Aleksandr Kokorin Childhood Story plus Untold Biography Facts brings to you a full account of notable events from his childhood time till date.

Yes, everyone knows about his Home based career dominance but few consider our Aleksandr Kokorin‘s Bio which is quite interesting. Now without further adieu, let’s Begin.

Aleksandr Aleksandrovich Kokorin was born on the 19th day of March 1991 in Valuyki, Belgorod Oblast, Russia. He was born in a devout Christian family to his mother, Svetlana Kokorina and father, Aleksandr Kokorin.

Our version of Aleksandr’s childhood story is interesting, if not uncommon – We give you a story of a young dreamer who never knew he was blessed with extraordinary talent.

Growing up, Aleksandr was seen as someone who would study all day and was always kicked something at school and in his home yard. 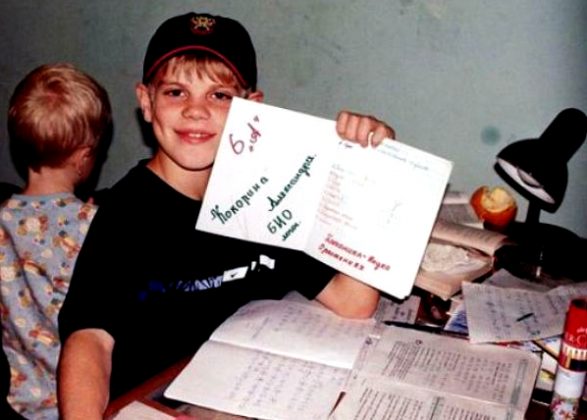 As a promising boy, he was top in the first class. His career was first noticed by his school coach in his local sports team who suggested little Aleksandr should attend a football section.

After graduating from his elementary school at age 10, Aleksandr was advised to go on trial with Spartak Moscow which went successfully. Staring life at a youth club, Alek idolized Andrey Arshavin and Roman Pavlyuchenko.

Despite being liked by his youth coaches, one problem persisted. The Spartak club did not have free accommodation for him as the youth academy dormitory was filled up. This made Kokorin’s parents count his number of days at the club.

His mum and dad went on in search of another youth club for their son. Fortunately, they found accommodation in the school of the Lokomotiv, where Aleksandr continued his youth career with accommodation.

A ten-year-old boy was left alone in Moscow. His parents could visit him only once a quarter. Aleksandr learned to organize his life independently.

He washed clothes and prepared food. He had a tiny scholarship coupled with incentives that were good enough only for him to visit McDonald on daily occasions.

Alexandr who was regarded as the future star of Russian football had hard training in a very competitive club.

In his words…“There were friends around with similar fates, and ahead of them were football victories and glory. However, I found myself outgrowing the ranks”

Even in his childhood, Alexander Kokorin was recognized as the best player in various football competitions between all of Moscow’s youth clubs and sports schools.

Aleksandr’s possess a steely determination to make his dreams come true and his ambitions were not just a passing fancy.

Before the 2008 season, 17-year-old Alexander Kokorin signed a three-year contract with the Moscow club “Dynamo”. He became the youngest player to score a goal for Dynamo in the Russian Premier League (17 years 199 days).

However, he had his breakthrough season in 2012–13, which led to Dynamo Moscow inserting a €19 million release clause into his contract.

On 4 July 2013, Kokorin agreed to personal terms with Anzhi Makhachkala after the club had triggered his €19 million release clause. He was officially signed by Anzhi and registered with the league as an Anzhi player.

However, before he could play a single official game for Anzhi, he was out due to injury at the time of his signing.

Following the restructuring of Anzhi at the business level, the whole squad was put up for sale, including the new signing Kokorin.

The next day, Yuri Zhirkov, Igor Denisov and Kokorin were all transferred to Dynamo for an undisclosed fee.

This was later followed by a move from Dynamo to FC Zenit Saint Petersburg where his goalscoring form became second to none. The rest, as they say. is now history.

Football is a golden tree and behind every great man, there’s a great woman, or so the saying goes. And behind almost every Russian footballer, there’s a glamorous wife or girlfriend.

Aleksandr Kokorin has a penchant for fast cars, a lavish lifestyle, and, of course, a model girlfriend named Daria Valitova who is a Russian pop singer. 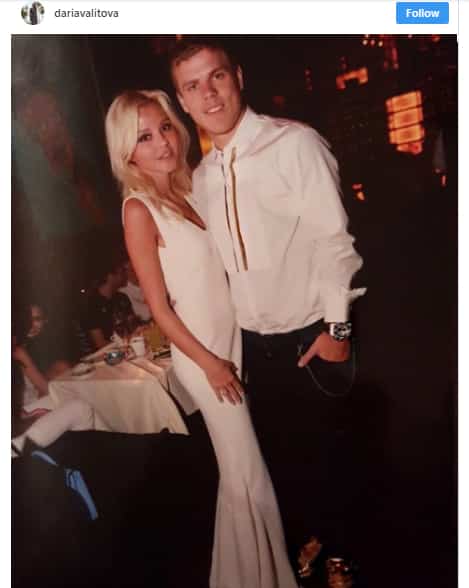 Kokorin is known for showing off his girlfriend Daria Valitova on social media. They enjoy a  solid relationship that is built on friendship. 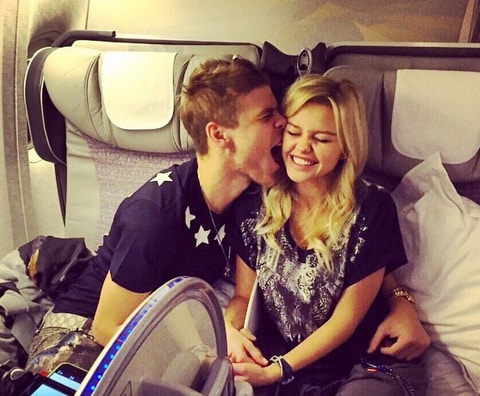 Kokorin was once filmed shooting two bullets into the air while fellow Russian Alan Chochiyev was tying the knot. 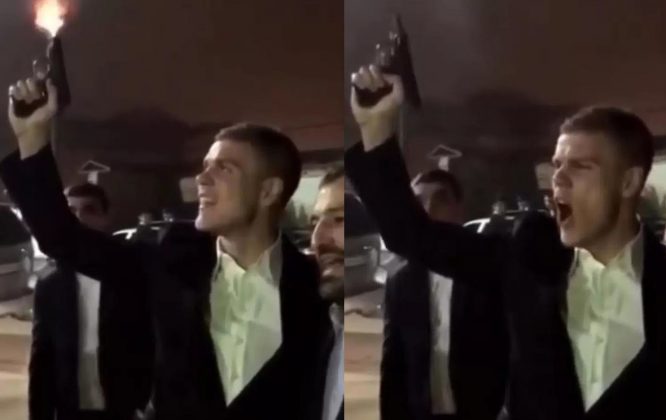 Footage shows Kokorin with his arm around his pal – both dressed in tuxedos – letting off two pistol rounds and shouting. He is reported as saying: “Chochiyev, congratulations with your wedding!”

Later on, Kokorin was shown in two other controversial photos where he showed off his guns. In the extraordinary snap, he points the shooter at his own FACE while food was served at the wedding. 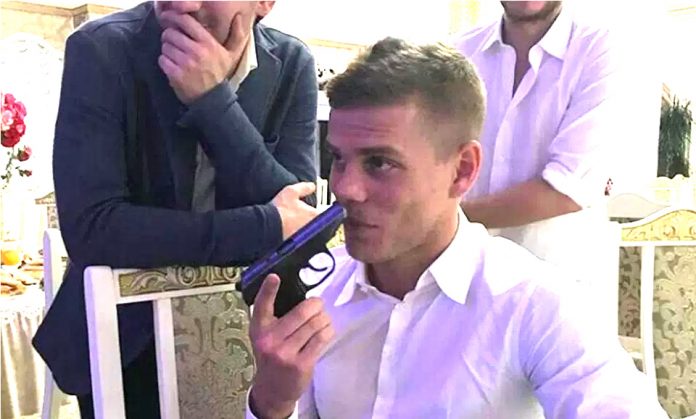 The other shows Kokorin smiling and pointing both weapons at the sky with mountains in the background. He captioned the image: “Thanks for the warm hospitality.” 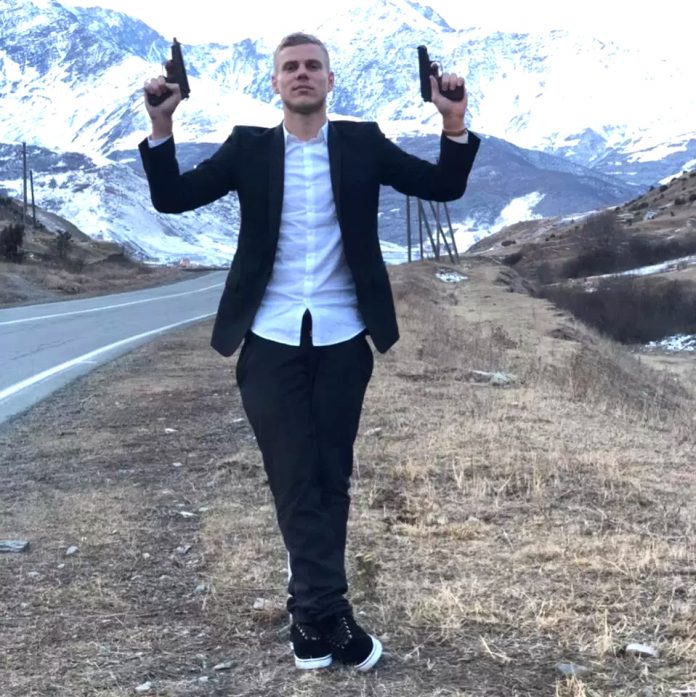 It was not clear whether the gun Kokorin fires in the video is a real one or a starting pistol, or whether it was firing blanks, though a muzzle flash is seen in the first of the two shots fired.

However, the alleged act violated the law on using firearms in public places. Immediately the news went viral, Lawyers said that Kokorin could be faced with a fine in the region of 40-50,000 rubles ($680-$850) for the stunt.

Moreover, the images upset his Russian national team manager Stanislav Cherchesov who once left Kokorin out of his plans for the 2017 Confederations Cup.

Following the snub, he and Zenit teammate Artem Dzyuba made headlines when they joked online about Cherchesov’s moustache in an Instagram story with Nazi allusions. He was later called back to the Russian team.

With the beginning of participation in the Russia championships, Alexander Kokorin became a popular “hero” of the scandalous chronicle. This happened when he visited a Moscow ni**tclub. 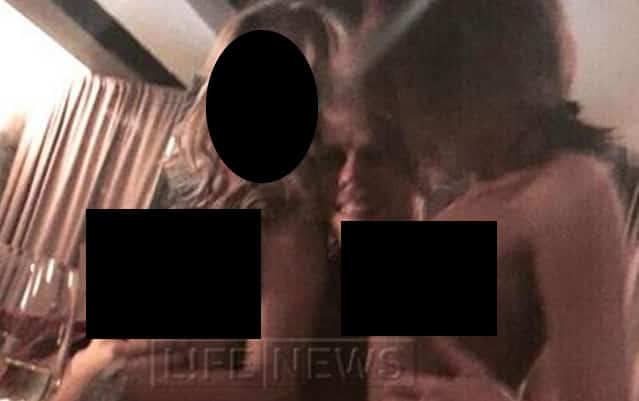 Kokorin does have a few things in common with Floyd Mayweather. Kokorin has also been caught on camera with str**pers, despite having his girlfriend, Daria Valitova at the time. 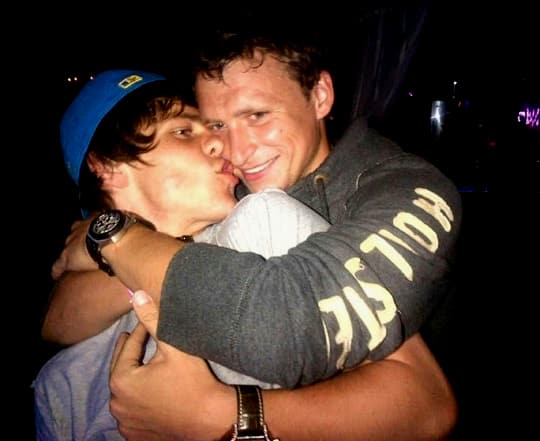 The extreme friendship between Alexander Kokorin and Pavel Mamaev once turned some heads after an interesting photo surfaced from their holiday vacation in Miami.

The images showed the two men hugging passionately. It was not welcomed by his fans and many others who know him. Korokin suffered abuse and bashing on social media as a result.

While the bashing continued, some Soccer fans from Europe to the U.S. took to the Internet questioning if these two young athletes are a couple.

Now, imagine if they were a couple, with the anti-gay policies of Russia, and the recent controversy about Russian fans not wanting gay soccer players. That, of course, will ruin his career in his home country.

Without a doubt, he is a star on Instagram. Kokorin’s playing ability and potential, as well as his lifestyle off the pitch, builds up a complete picture of him.

Kokorin doesn’t have a lot in common with Floyd Mayweather, but both sportsmen share a love for showing off on Instagram, whether it’s posting from a private jet (after a defeat for Russia’s national team)… 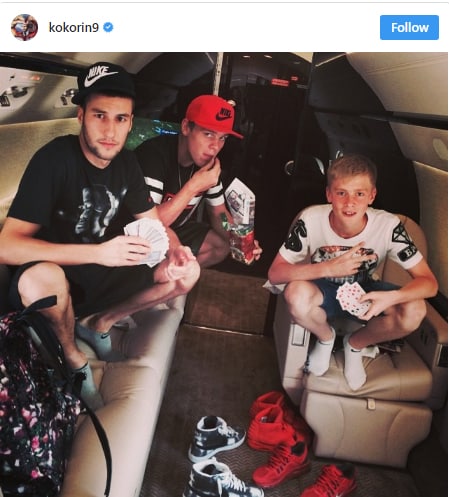 Aleksandr Kokorin has a penchant for fast cars as seen in the picture below. 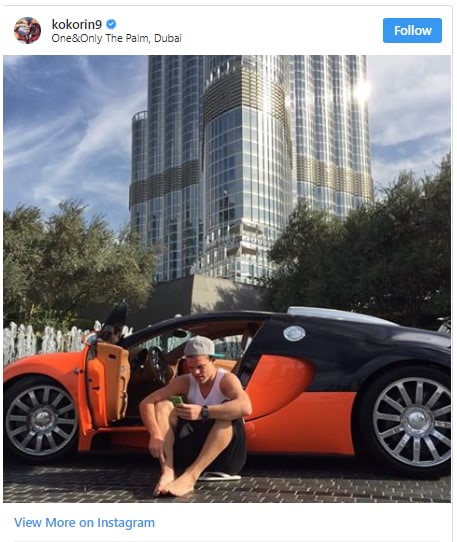 Just like he could buy expensive cars, the player had once been ostracized from the international setup owing to his part in lavish €250k celebrations in a Monte Carlo nightspot following the team’s exit at the group stage of Euro 2016.

Aleksandr has the following attributes to his personality. 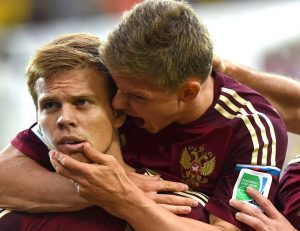 Strengths: He is compassionate, artistic, intuitive, gentle, wise and musical.

Weaknesses: He could be fearful, overly trusting, sad, desire to escape reality.

What he likes: Being alone with Victoria his girlfriend, sleeping, music, romance, visual media, swimming and spiritual themes.

What he dislikes: People who feel they know-it-all all, being criticized, the past coming back to haunt him and cruelty of any kind.

In summary, Aleksandr is very friendly, so he often finds themselves in the company of very different people. He is selfless, always willing to help others, without hoping to get anything back. His life is characterized by empathy and expressed emotional capacity. 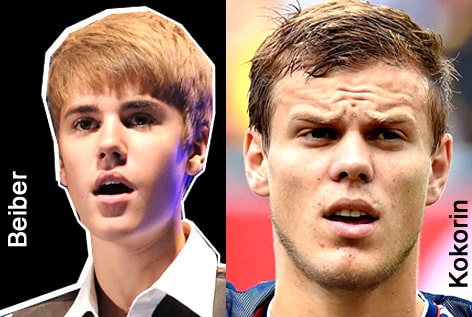 FACT CHECK: Thanks for reading our Aleksandr Kokorin Childhood Story plus untold biography facts. At LifeBogger, we strive for accuracy and fairness. If you see something that doesn’t look right in this article, please place your comment or contact us!.