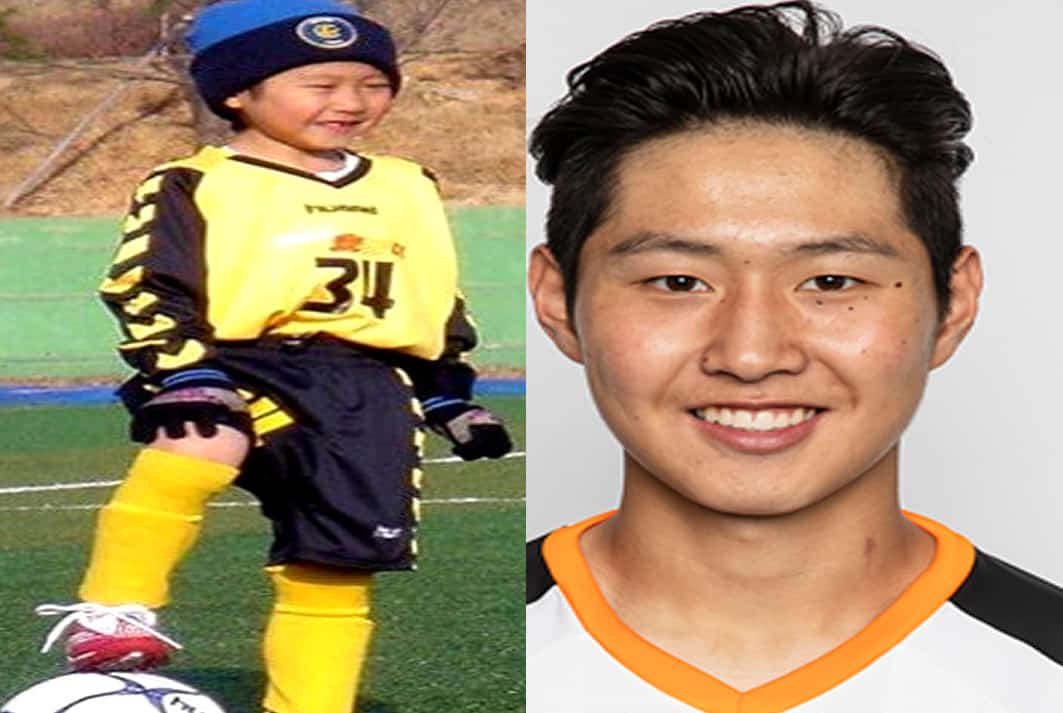 In the nutshell, this is a Life Story of the South Korean footballer, from his boyhood days, to when he became famous.

To whet your autobiography appetite, here is his childhood to adult gallery — a perfect summary of Lee Kang-in's Bio.

Yes, you and I know about his versatility and ability to maintain ball possession in tight spaces.

However, you’ve probably not read Lee Kang-in’s biography, which is quite insightful. Without further ado, let’s begin.

To begin with, Lee Kang-in was born on the 19th day of February 2001 at the city of Incheon in South Korea.

He is one among no fewer than three children born to his little known mother and to his father, Un-Seong Lee.

Growing up at Incheon, young Lee was a kid with interests in physical development and football.

He began playing football before he was five years of age, a childhood sport that went hand in hand with his training in taekwondo.

By the time Lee was 6 years of age, he had already become a standout local player. The development confidently saw him partake in a television sports reality football show known as Shoot-Dori.

Needless to say, Lee put up exceptional football performances on the show, a development that did not only win the hearts of numerous Koreans but saw his team win the prize of the show.

Thereafter, things began to seemingly move fast for Lee careerwise. He was first at Yoo Sang-Chul’s youth academy where he did train for a while before joining Incheon United FC U-12 youth team in 2009.

Subsequent early career moves saw Lee play for Flyings FC while he was a student of Seokjeong Elementary School in Incheon.

The turning point of Lee’s career came in 2011 when he sought to take his career to greater heights by going for a tryout at Valencia CF in Spain.

It didn’t take long for the youth coaches to realize that Lee was a special player after watching him give the ball a few touches.

However, Valencia made a tough demand requiring that Lee’s family should come live with him in Valencia.

The request – which Lee’s parents said yes to – was seemingly Valencia’s way of recruiting the 10-year-old Korean without making it seem like they have broken laws by signing a minor. Notwithstanding, it was a demand that did aid Lee’s rapid development.

The athlete grew in strength, height and tactics over the ensuing years at Valencia.

He had no problems with rising through the club’s numerous ranks and eventually made his first-team debut for Los Ches in a 2–1 Copa del victory over CD Ebro on the 30th day of October 2018. With the debut, Lee became the youngest Korean footballer to make a professional debut in Europe.

In the ensuing months, Lee made regular La Liga & Europa League appearances. He even saw South Korea to an impressive finish as runner ups in the 2019 FIFA Under-20 World Cup and won the Golden Ball award for being the best player of the tournament.

The feat, among others, further saw Lee become Asian Young Footballer of the Year in 2019. The rest, as they say, is history.

This draft on Lee Kang-in’s biography would be incomplete if we fail to give facts about his love life, especially as it relates to him having girlfriends. Sadly, there is no existing information in that regard.

It may not be long before girlfriends eventually fit into the equation of Lee’s lifestyle.

Un-Seong Lee, the father of Lee, is a Takweando teacher and football enthusiast. However, not much is known about Lee’s mom.

Notwithstanding, we do know that both parents left their lives and everything they had at South Korea to support their son’s football aspirations by living with him in Valencia. Lee loves them in equal measures and does his best to make them proud.

Online records about Lee Kang-in’s biography do point out that he has two little known older sisters. There hasn’t been any mention of his brother.

Similarly, there are no records of the midfielder’s ancestry particularly as it relates to his grandparents. Neither are his uncles, aunts, cousins, nephews and nieces known.

The impressive midfielder whose Zodiac Sign is Pisces does regularly engage a few activities that pass for his interest and hobbies.

They include posing for photos, listening to music, travelling, surfing the internet, swimming and spending good time with family and friends.

Regarding how Lee Kang-in makes and spends his money, he has a net worth of €1 million as of 2020.

The bulk of the midfielder’s wealth comes from the wages and salaries that he gets for playing football in Europe’s top leagues.

Also, Lee does make significant bucks from endorsements, a development which also justifies the luxurious lifestyle that he lives.

Evidence of such lifestyle includes the midfielder’s collection of expensive rides and the costly nature of the house/apartment that he lives in at Spain.

The midfielder preferably has interests in watching his weight (68KG) and making the best out of his height (5 feet 8 inches.)

Did you know that Lee has a poor FIFA rating of 71 points as of May 2020? the rating is yet to reflect significant improvements made by the player who was getting regular features in Champions League games before the outbreak of Coronavirus pandemic.

Thus, it is only a matter of time before we see the midfielder’s ratings reflect his potential of 88 points.

2001 isn’t just the birth year of Lee Kang-in. It is the year which the  Wiki free-content encyclopedia known as Wikipedia went online.

It was also the year which Apple computer did release the iPod. On the entertainment scene films like Planet of The Apes, Shrek and Ocean Eleven hit cinemas that same year.

Male citizens of South Korea must go through a mandatory military service of at least 21 months.

However, there is an exemption for those who help the country win major honours like a football cup title. Lee has not yet won a title for his country.

Although he did well to lead South Korea’s U20 team to the semi-finals of the world cup, his efforts weren’t enough to earn an exemption.

As such, he risks jail time or a ban from the country if he doesn’t earn exemption before clocking 28 years of age.

His Korean counterpart Son Heung-minLee did earn exemption by leading South Korea to win gold at the Asian Games in 2018.

Lee could have been a part of the squad, but he had concerns about burnout and let go of the opportunity.

Henrikh Mkhitaryan Plus Childhood Story Plus Plus Facts