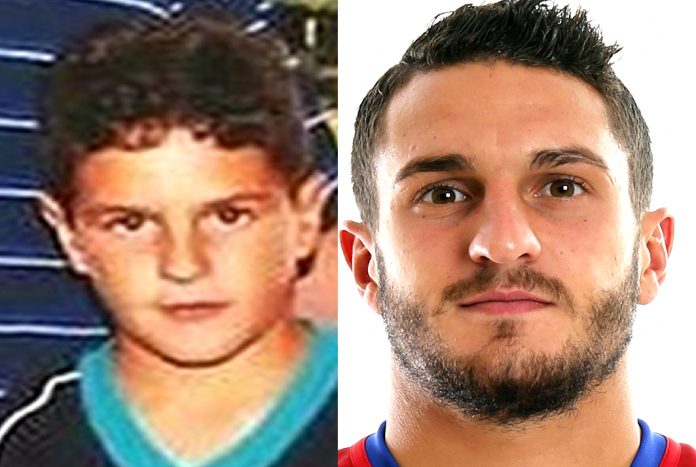 Our Koke Childhood Story plus Untold Biography Facts bring to you a full account of notable events from his childhood time to date.

Yes, everyone knows Koke is one of the best-attacking midfielders Europe has ever got, a successor of Xavi with an eye for goal.

However, only a few football fans consider Koke’s Biography, which is quite interesting. Now, without further ado, let’s begin.

For Biography starters, his full names are Jorge Resurrección Merodio. Koke, as he is often called, was born on the 8th day of January 1992 to his mother Mrs Merodio and his father, Eugenio Resurrección in Madrid, Spain. Below is a photo of Koke’s parents.

Koke was born in Colonia de Los Taxistas, a suburb of Madrid and the birthplace of Spanish strikers, Alvaro Negredo. It is a town that is just 14 kilometres southeast of the centre of Madrid.

Judging from Koke’s father’s name “Resurrección” which in the English language means “resurrection“,…you can easily guess Koke was born into a Roman Catholic household.

The name “Koke” is just a nickname that originated from Koke’s elder brother.

The Spaniard started out life in a middle-class family household.

Koke’s father, Eugenio, was a worker at a factory located in Madrid while his mum was a housekeeper who ensured she took care of all members of her family including her beloved son, Koke.

Koke didn’t just grow up alone in his family house. He had three siblings, a brother and two sisters.

Among his siblings, Koke has always been close to his big brother right from their childhood days. Below is a photo of both best friends at a time Koke was just 6.

Both brothers weren’t born with a third eye or what is called “a Creative Instinct” which many notable players like Santi Cazorla and David Silva had from South Spain.

Koke started out by moulding things into soccer balls, which he played with his brother at home.

While they played with friends on local pitches, both brothers exemplified their family traits which are being “humble and dedicated” to building a career for themselves.

Unfortunately, it was only Koke who progressed with his football at the local fields of Colonia de los Taxistas. Koke efforts paid dividends which led to his enrolment with Atletico academy.

Early on, Koke’s passion for soccer led him at the age of 8 to enrol in the Academy of Atlético Madrid.

Did you know?… Koke’s best memories with the club came when he had an encounter with Legendary Fernando Torres who had just joined the Atletico Madrid senior team in the year 2001.

Koke looked up to Torres in his long quest to become professional with the club. As a promising young footballer, he possessed that steely determination to make his dreams come true.

Despite being the smallest among his age group as pictured below, Koke’s ambitions to become the best didn’t go as a passing fancy.

Young Koke continued to mature with Atletico. He saw himself not just growing up fast but settling well into life in the Academy. Koke made serene progress through the age groups.

His professional dreams with the Atletico Madrid senior team come true, precisely on the 19th day of September 2009.

That same year 2009, Koke cemented his name as a Spanish national team future star. This was because he was instrumental to his U-17 Spanish team third-place finish at the FIFA U-17 World Cup.

The 2012/2013 season was the ideal season that saw Koke alongside other notables like Arda Turan.

In this season, Koke stood out as one of the indispensable members of the Atletico Madrid senior squad. This was the season he was instrumental in winning the Copa del Rey trophy. 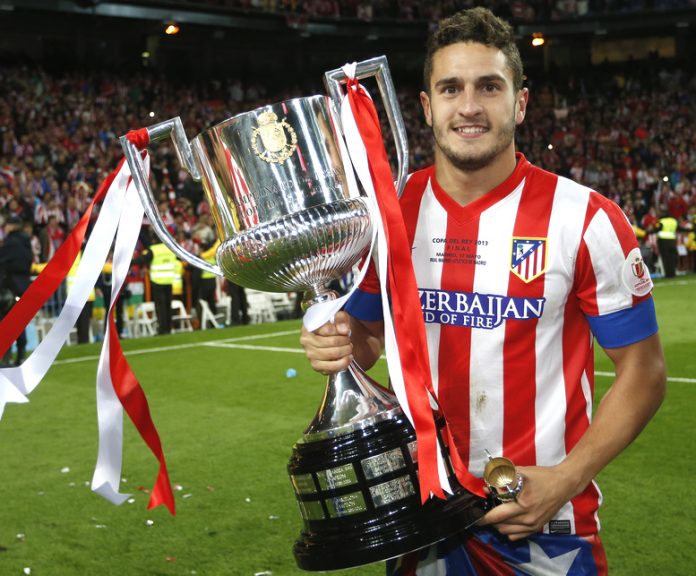 After his achievement, Koke’s consistently impressive displays continued and again, he saw himself being instrumental on both the national and club sides.

This was a time Koke helped his teammates in winning the Spanish U21 UEFA European Championship in 2013. 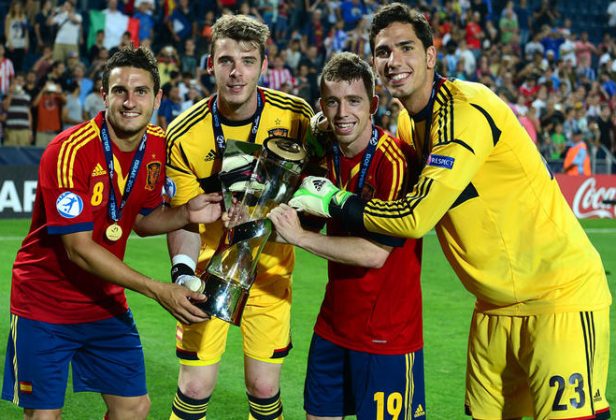 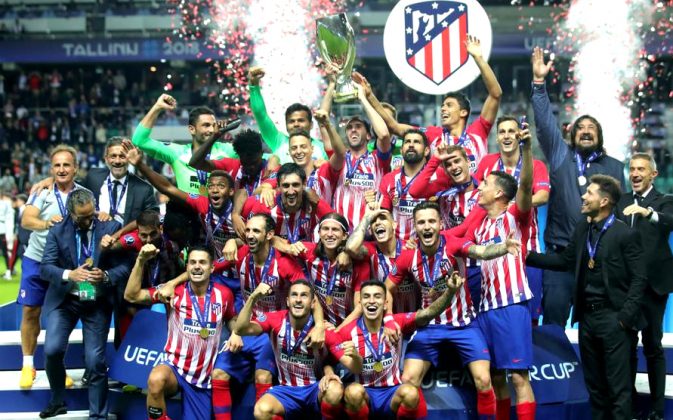 Koke’s career peak with his national team came at a time Xavi was set to retire from the Spanish squad.

Being the only Spanish midfielder who had set up more goal-scoring opportunities, an ageing Xavi decided to make Koke his successor on the national side. 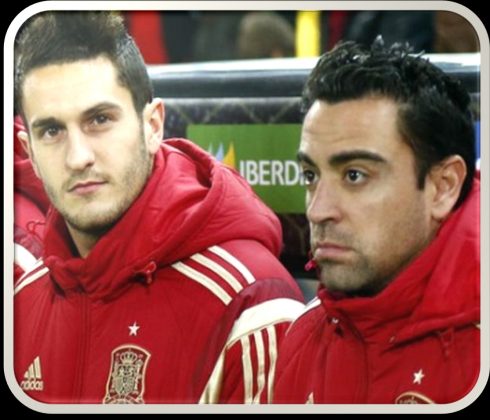 “He is extraordinary…he will be my successor for Spain”,

said Xavi. According to many football pundits, this was the highest praise Koke had gotten from a legend who saw him as his lookalike self.

Koke also earned the plaudits of his peers, including his club, who extended his contract in the presence of his family and loved ones. 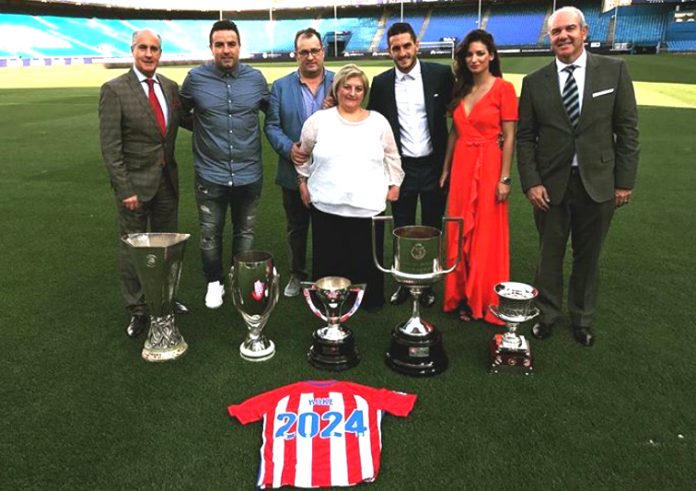 Just like Fernando Torres, his mentor, Koke (who has achieved his dream of lifting a trophy for his club) will always be remembered as an Atletico Madrid legend. The rest, as they say, is now history.

There is no denying the fact that Koke’s endearing qualities which include handsomeness, loyalty, hard work and humility, won’t make him a darling lover.

Behind the successful Spaniard, there exists a glamorous WAG in the beautiful person of Beatriz Espejel.

As Fabwag puts it, Beatriz was born as Beatriz Espejel Jiménez to Mr and Mrs Felix Espejel Munoz.

She has a younger brother named David, who also plays football like her man. This fact probably explains how she and Koke met.

As at the time of writing, Beatriz is an English teacher who currently works at Albany School. She is also a model with an outstanding reputation for modelling without makeup.

Although she is Spanish, Beatriz’s English capability came due to her double degree in Education and Foreign Language Teaching, which she obtained in 2010 from Universidad Complutense de Madrid.

Both Koke and Beatriz Espejel is currently married in what was called a highly emotional ceremony. Judging from their social media account, both lovers got married around May 2018. 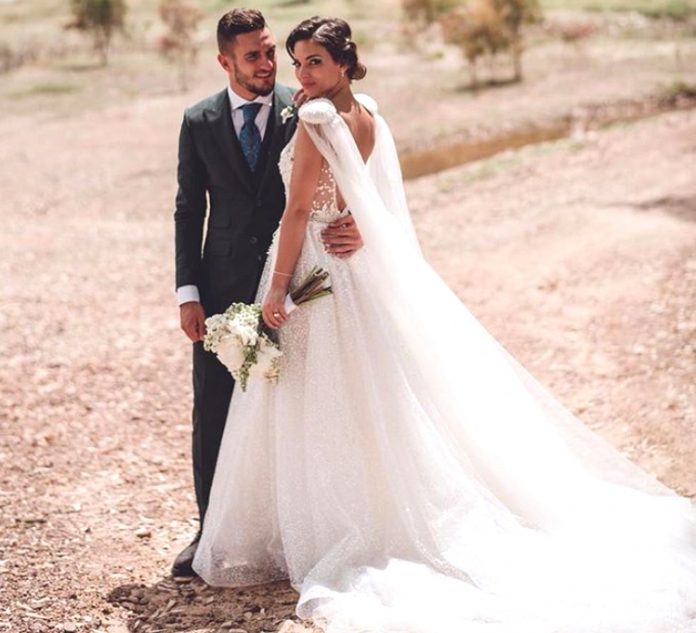 Without a doubt, Beatriz and Koke have remained one of the most established couples of Atletico. One of the couple’s favourite getaways for the summer is the Spanish island and waters of Ibiza. 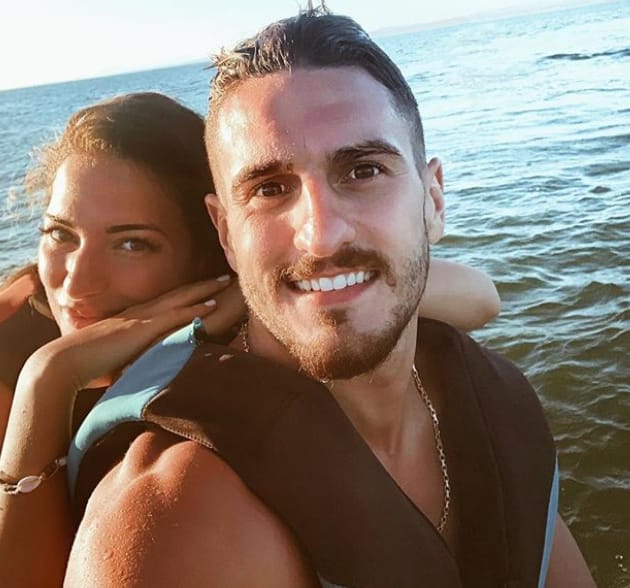 As observed above, Espejel is super affectionate with Koke, whom she calls her “prince“.

Sit back and relax as we provide you with information about Koke’s personal life facts you might not know about. 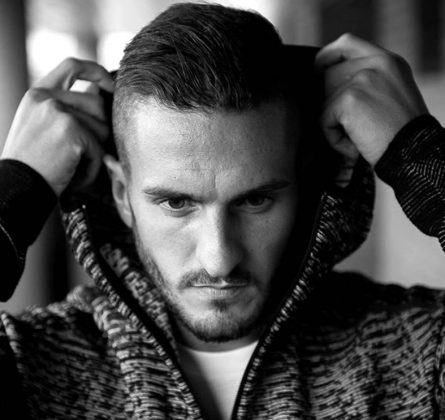 Starting off, Koke possesses an inner state of independence, one which has enabled him to progress in his personal life.

He is someone who is responsible, disciplined, has self-control and applies time and responsibility in his daily life affairs.

To start with, Koke exemplifies his parents as well as his working-class Spanish community of Vallecas. In his own words, his family and community are made up of working-class people who are humble and have plenty of value.

Koke’s parents are at presently reaping the benefits of instilling a tough mentality into their sons. Today, both sons have become very successful in their careers.

Koke’s devotion to making sure his parents stay comfortable is similar to his commitment to Atletico Madrid.

“I try to give them everything they need. That includes a mansion in Madrid. I provided cars for my father and a physiotherapist for my mother to deal with her aching joints. They tell me what they need and I always find a way to provide it for them.”

Koke said in an interview with El Pais. Koke also extends such care to his grandparents and not only his parents.

Asides from his parents and brother, little is known about Koke’s sisters. However, it is clear that he thrives to avoid any spotlight on them.

Getting to know Koke’s LifeStyle Facts would help you get a complete picture of him.

Starting off, Koke isn’t the type of Millionaire footballer who lives in the Lavish Lifestyle easily noticeable by a handful of pretty impressive cars, booze, swagger and pretty girls. 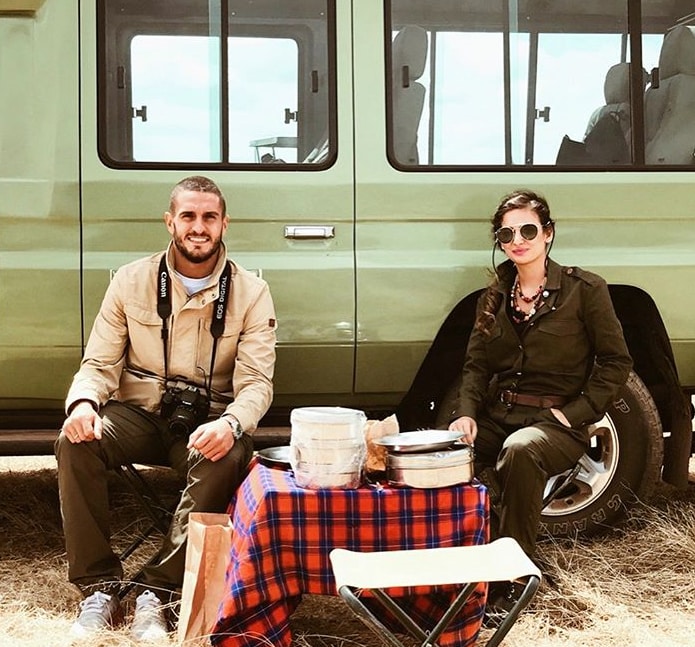 1. Koke was once Robbed at Gun Point:

It all happened on a fateful evening, the day Koke was once robbed at gunpoint in a Madrid car park in Chamberi (a central district of Madrid).

He was in his car when an armed robber on a motorbike pointed a gun at him, demanding his possession.

Koke corporated with the gunman, who requested to have his fancy watch reportedly valued at $77,000. Koke ended up surrounding the watch to the thief in order to save his life. 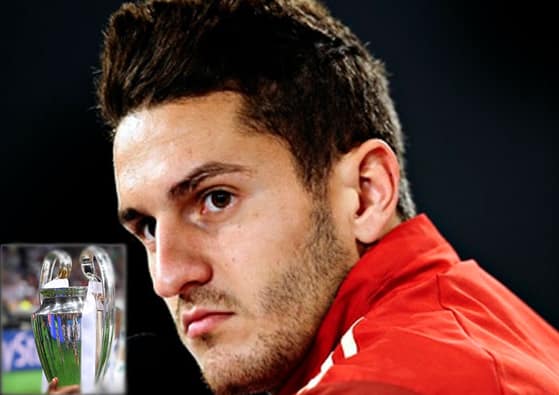 Koke has won every possible title available to Atletico except one which happens to be the second most glorious in European club football.

It’s the Champions League, which is the competition Koke has played and lost two of its finals.

The Spaniard’s parents hold on to the Spanish customs of naming their kids. Koke’s has a middle name, Merodio comes from his mother’s side. It is a surname his mum had from her family before getting married to Eugenio.

FACT CHECK: Thanks for reading our Koke Childhood Story plus Untold Biography Facts. At LifeBogger, we strive for accuracy and fairness.