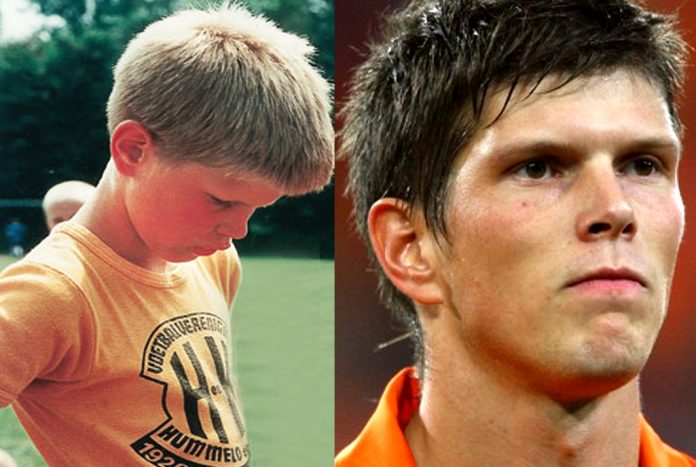 LifeBogger presents the Full Story of a Football Genius who is best known by the nickname “Hunter“.

Our version of Klaas-Jan Huntelaar’s Childhood Story, including his Untold Biography, bring to you a full account of notable events from his boyhood days to when he got famous.

The analysis of the Dutch Goalscoring Machine involves his family background, life story before fame, rise to fame story, relationship and personal life.

Yes, everyone knows of his prolific goalscoring form. However, only a few consider Klaas-Jan Huntelaar’s Biography, which is quite interesting. Now without further ado, let’s Begin.

For starters of his Biography, Klaas-Jan Huntelaar was born on the 12th day of August 1983 at Voor-Drempt, Netherlands.

He was the second child born to his mother, Maud Huntelaar and his father, Dirk-Jan Huntelaar.

Huntelaar was only six years old when his family moved from his birthplace at Voor-Dremptto to a village called Hummelo.

It was at the village that Huntelaar grew up loving and playing football with his elder brother Niek and Younger brother Jelle.

The young Dutch was encouraged by his parents to foster his love for football, especially his mother who was not much interested in football but believed her sons’ participation in the sport was worthwhile.

It wasn’t long before Huntelaar was enrolled at local football team VV H. en K. alongside his brothers. In his words;

“My story began at H&K, where I dreamed of scoring goals and being pro. It started with the dedication”

This moment ignited the career buildup of the football prodigy whose father said was talented right from a tender age.

“He went to the local club at the age of five, and you could immediately see how talented he was,”

Recalled his father Dirk-Jan in 2012.

Huntelaar developed his footballing talents at local club VV H. en K. for 6 years, exhibiting eye-catching performances that made scouts from De Graafschap offer him his first contract when he was aged 11.

While at De Graafschap, Huntelaar established himself as a forward after being tried in a number of positions like defence, midfield, wings, and even as a goalkeeper!.

Not long after, Huntelaar became known as a goal-scoring machine for scoring 33 goals in 20 matches for the youth side of the club during the 1997-98 season. 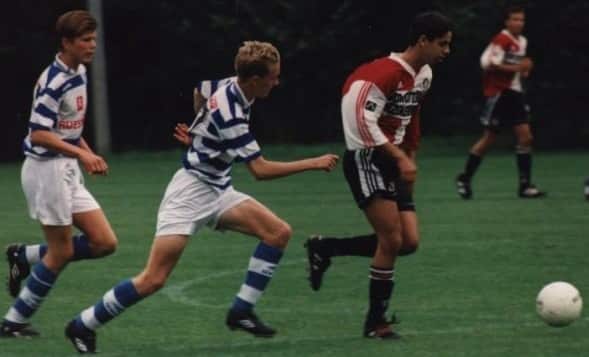 As Huntelaar continued his campaigns without suffering loss of form, so did top-flight clubs take turns in getting his signatures to contracts.

Beginning with PSV where an unstoppable Huntelaar impressed during his first season by scoring 26 goals in 23 games for the club’s youth side. 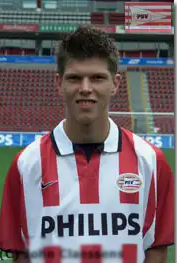 The feat which also saw Huntelaar become the league’s top scorer secured him a place with the club’s first team where he made his professional debut in a 3-0 win over RBC Roosendaal in 2002. The 19-year-old at the time was thereafter loaned to different clubs.

The first was De Graafschap where Huntelaar made a disappointing comeback. He, however, redeemed himself at second division team, AGOVV (on loan) where he finished as top scorer of the league.

Exhibiting consistency that was too good to be true, Huntelaar at the end of his loan with AGOVV turned down an opportunity to sign another contract with his “loan masters” PSV.

He instead moved to Frisian club Heerenveen where he scored 17 goals in 31 matches and helped his side qualify for the 2005-06 UEFA cup. 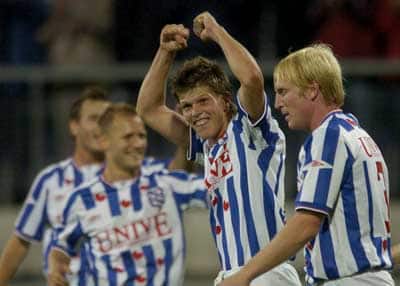 “The Hunter” who is not one to easily lose form, stayed on top of his game after the next season, as a result, many clubs sought after him including Ajax which secured the prolific goal scorer for 9 million Euros in 2006. The rest, as they say, is history. 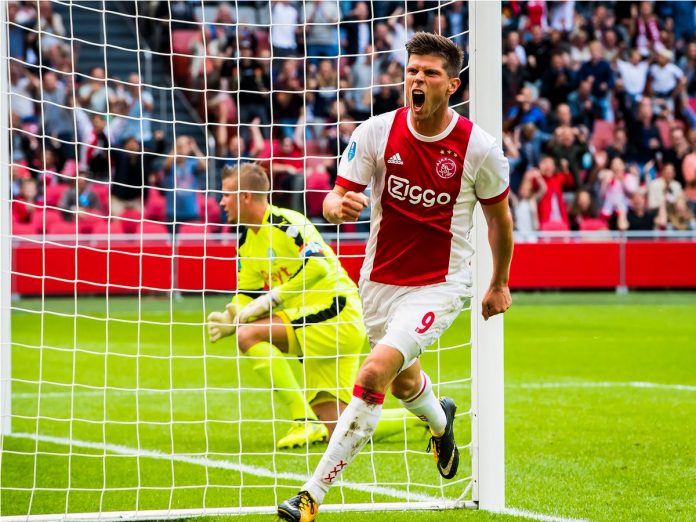 Huntelaar’s has been in a relationship with his longtime girlfriend Maddy Schoolderman for close to 2 decades.

The lovebirds who started dating as teenagers met during their schooling days at Rietveld where they sowed seeds of love that have blossomed into a full-blown relationship. 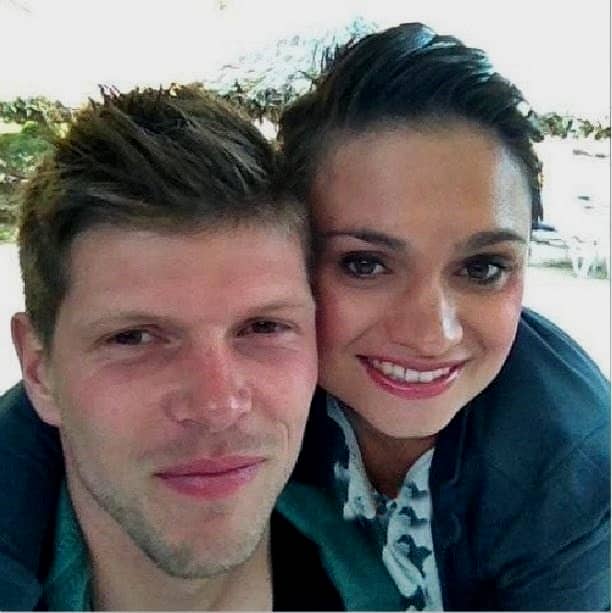 Fast forward to the date they are not married but already have two kids together. Their first child is a boy named Seb. He was born on the 9th of April 2009. 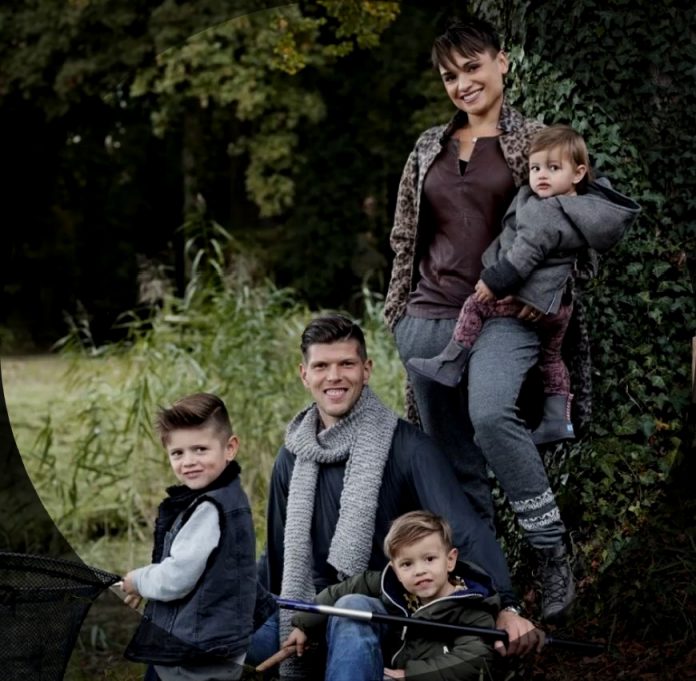 Speaking on his resolve not to get married yet, Huntelaar notes that:

“I’m not a traditional person. I feel like I’m already married, even without having a wedding.”

Huntelaar was born into a family of 5 members. we bring you details about his family.

Dirk-Jan Huntelaar is the father of the prolific goal scorer and an avid fan of football.

He has been of immense support to his sons’ career and serves as his driver around town. When asked in 2012 about why he drives his then 29-year-old son, Dirk-Jan humorously  replied that:

“Because I’m the better driver!” 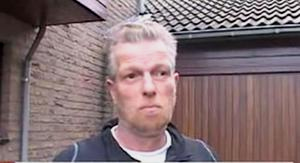 That’s but a part of Dirk-Jan humourous personality. Upon Huntelaar’s move to Real Madrid, the funny father of 3 was accosted by a naive reporter who sought to know how parents of the Dutch forward received news about their sons move to the Spanish side.

Dirk-Jan who knew fully well that the reporter had no clue he was speaking to one of Huntelaar’s parent replied:

“I don’t Know. Neither have I heard from Huntelaar’s parents“.

Huntelaar’s mother Maud is the only member of the family that is least interested in football.

Her interests lie in painting, culture and animals. Nonetheless, she supports her sons sporting endeavours. 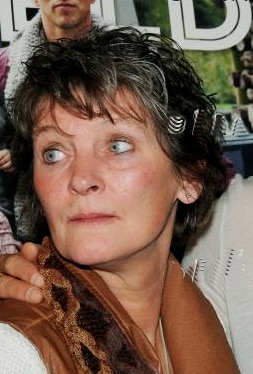 Huntelaar’s brothers are Niek and Jelle. Niek is the eldest of the siblings. He was once arrested in 2016 after a heated match between Huntelaar’s side, Schalke and Dortmund.

Reasons for his arrest were centred around allegations that he was involved in throwing stones against Fans of Dortmund after the match. 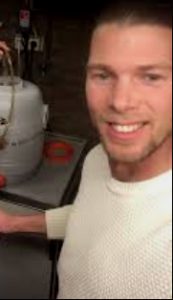 On the other hand is Huntelaar’s younger brother Jelle. The youngest member of the family looks a lot like Huntelaar that people confuse him for the prolific striker. 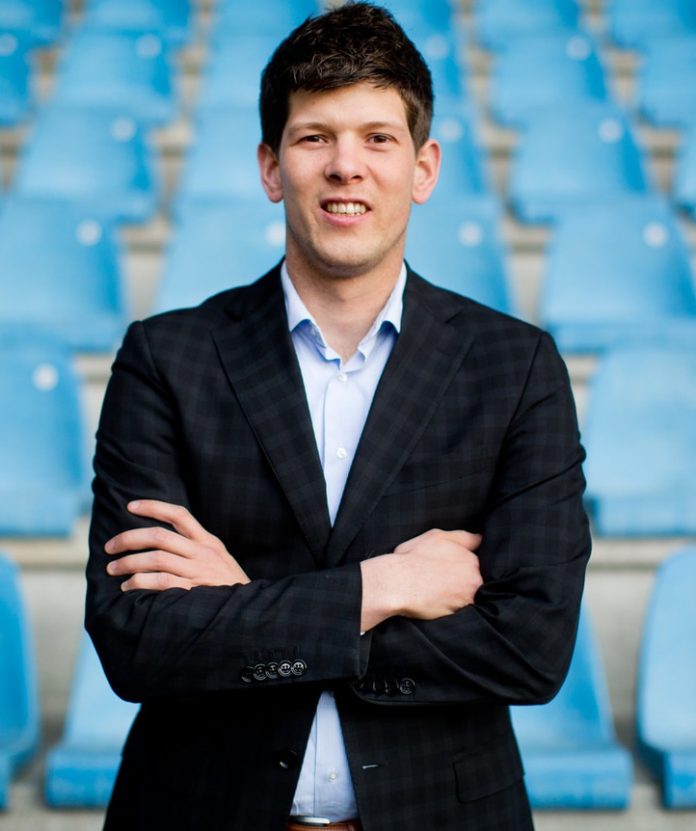 Jelle, however, makes it a point of duty to tell people about who he really is.

“I always honestly say that I’m not Klaas-Jan, but still find people it is very nice to take a picture, well, I just do that“.

About Huntelaar’s Relatives: Moving away from immediate family Huntelaar relations include his uncle Hans, Aunt Hetty, nephews Nico and Hendrik as well as in law Nikki.

Huntelaar has been long known by the nickname “Hunter”, since 2004.

In fact, fans of his ex-club SC Heerenveen hung a giant poster of the top scorer with a gun in his hand.

However, Huntelaar doesn’t have a problem with the nick as he explains the reasons behind it in the following manner:

I like “Hunter”. It is a name that I can identify with it. After all, I always just want to seek and score goals.

Huntelaar is a peaceful and harmony-seeking guy who above all things makes consistency the watchword of his endeavours. Suffice to say he has adopted Oliver Kahn’s motto of life:

When Huntelaar is not on the field of play he hangs out with friends and family and on special occasion goes camping with his brothers or wife and children. 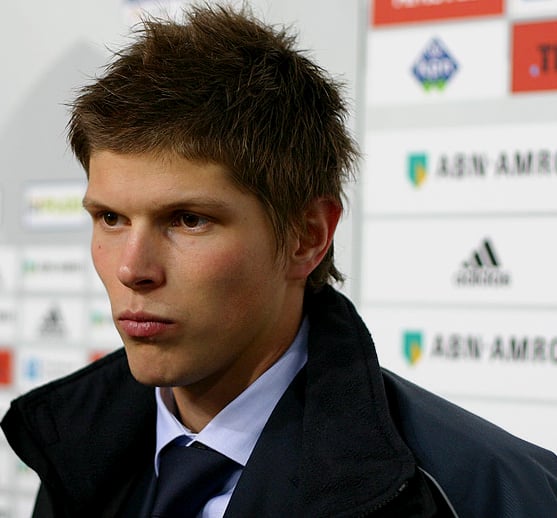 Though Huntelaar has achieved greatness in his career, he does leave much to be imagined about him by exercising a significant level of privacy.

At LifeBogger, we strive for accuracy and fairness while delivering the Biography of Dutch Footballers.