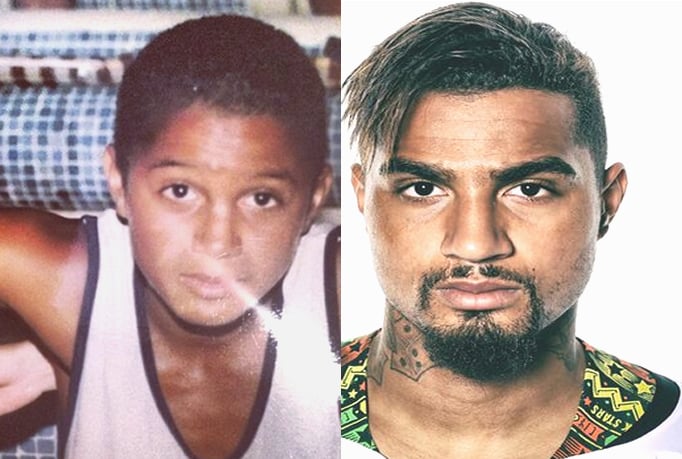 Lifebogger presents the Full Story of a Football Genius who is best known by the Nickname; “The Problem”.

Our Kevin-Prince Boateng Childhood Story Plus Untold Biography Facts bring to you a full account of notable events from his childhood time to date.

The analysis of Kevin-Prince Boateng Biography involves his life story before fame, family life, parents, Wife (Jennifer Michelle), lifestyle, personal life, net worth and many off-pitch facts about him.

Yes, everyone knows about his controversial career but few consider our Kevin-Prince Boateng’s Biography, which is quite interesting. Now, without further ado, let’s Begin.

For his Biography starters, Kevin-Prince Boateng was born on the 6th day of March 1987 in West Berlin, Germany. He was born to his German mother, Christine Rahn and Ghanian father, Prince Boateng, Sr.

Kevin-Prince was still a toddler when his father left the family home due to marriage issues. Thus, his German mother, Catherine, ended up working long hours to take care of little Kevin-Prince.

Along with his elder brother, George, the Boatengs grew up in Berlin. George (The elder brother) and Kevin-Prince grew up with their mother in Wedding, a multicultural district in Germany.

They lived in the city’s poorer areas while their youngest brother, Jérôme, stayed with their father in a more affluent area.

Kevin-Prince was known to be “The Ghetto Kid” during his childhood time because of his ability to mix up with all nationalities and his street-wiseness.

Although Kevin and Jerome lived apart, the three brothers were close and would meet on weekends and on school holidays to play football together.

While George’s time as a footballer was over before it had begun, his two younger siblings were just getting started.

Both were given their break at Hertha Berlin, coming through the ranks, into the reserves and eventually the first team. Being the eldest of the two, Kevin-Prince was the first to make his mark.

He started out his youth career at Reinickendorfer Füchse before moving to Hertha BSC where he finished up his youth career. Kevin reached his career peak at Portsmouth, Milan and Schalke 04.

Instead of Germany, he chose to join his father’s bloodline by representing the Black Stars of Ghana. The rest, as they say, is now history.

Because he is very handsome, Kevin Prince got attracted to beautiful girls who circled around him like sharks. However, one lady found her way to his heart.

In 2007, Boateng married his wife and childhood sweetheart, Jennifer Michelle, who is 3 years older than him.

The marriage took place two days after signing for Spurs in July 2007. She was already pregnant on the day of marriage. Boateng’s child, Jermaine-Prince Boateng, was born that same year in 2007. 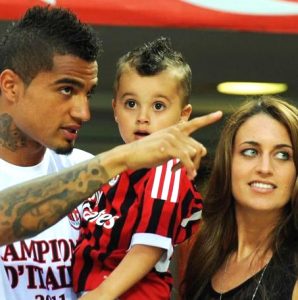 As Ghana Soccernet puts it, consistent cheating on his wife led to their divorce in 2011. It was Kevin who slapped his wife with the divorce notice after they quarrelled over his philandering way.

Alcohol-fueled parties led to Boateng’s consistent absence from home, which led to serious disagreements between the two, leading to a heartbreaking divorce.

Kevin-Prince Boateng became a regular smoker at this time. In fact, he was seen having a cigarette and drinking right before taking a routine drug test. 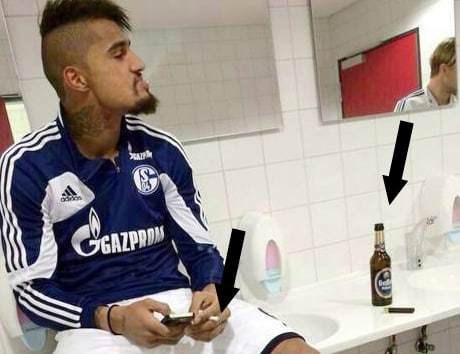 Boateng’s romance with Jenny came to an end after he played for Ghana at the 2010 World Cup.

Kevin-Prince tied the knot in an intimate ceremony at the church of Stella Maris parish in Italy.

The simple but elegant ceremony saw a few of the couple’s closest friends and family in attendance. She wore a traditional white dress whiles her man dressed sharply in a black vintage tuxedo. 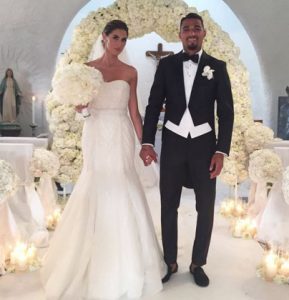 The footballer has been with the model for four years prior to their marriage and had their son, Maddox Prince, who became the ceremony’s page boy. Kevin Prince love to take his beautiful wife on holidays. 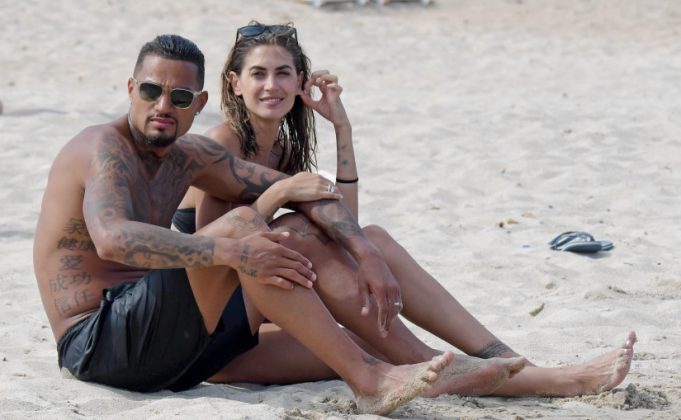 Melissa ahead of their wedding ceremony, indicated that the wedding rite was not important to her and Prince Boateng, but when Maddox was born, the pair felt it was just the right thing to do; a form of protection for their lovely child and a glue to unite the family. 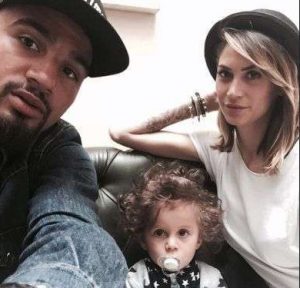 Sadly and more recently, Kevin-Prince Boateng and Melissa Satta were feared to have been going through some problems in their relationship earlier this year, but later patched things up and went ahead to make their relationship stronger.

As stated before, Boateng has a German mother and a Ghanaian father. He comes from a wealthy family.

His father, Prince Boateng, left Ghana in 1981, hoping for a break in Germany, where he wanted to study administration.

Prince Boateng, however, was unsuccessful, and he ended up disc jockeying and working as a waiter. Below is Prince-Boateng Snr and his sons when they were very little.

In official documents, his name is given as Kevin Boateng, but he himself prefers the name Kevin-Prince in honour of his father, Prince Boateng.

Christine Rahn is Kevin-Prince’s mother. She, who is pictured below, is often credited for enduring sufferings after her husband left her and her only son, Kevin. 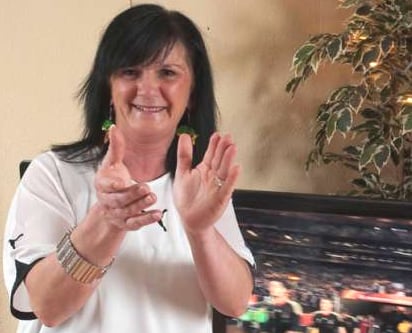 Today, forgiveness is the new order. It is, however, pertinent to state that Christine is not close to Jerome Boateng’s mother, Martina Boateng.

Kevin-Prince’s paternal uncle is a former member of the Ghana national team and his maternal grandfather is a cousin of legendary German star Helmut Rahn, scorer of the winning goal in the 1954 FIFA World Cup Final.

George and half-brother Jérôme are his only brothers.

The oldest brother was said to be the most talented, the middle brother has made the most headlines in world football and the youngest brother has won the World Cup and the Champions League.

Together, they add up to quite a family. 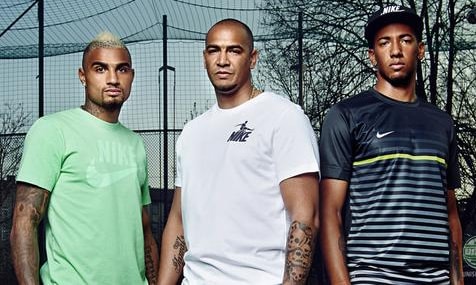 Despite the subsequent success of Jérôme and Kevin-Prince, at a time George was thought to be the most talented of the three.

However, his own footballing career was restricted to a handful of appearances for a local amateur outfit. After a spell in prison, he turned his attention to a career in hip-hop.

NOTE: (This George Boateng is not to be confused with the other George Boateng, the Holland international of Ghanaian descent who played for Feyenoord, won the League Cup with Middlesbrough and also turned out for Coventry City, Aston Villa, Hull City and Nottingham Forest).

For Jerome, The Bayern Munich star (as at the time of writing) has never hidden his love for his dad and Ghana. Jerome has a tattoo of an African map with Ghana inscribed in it. 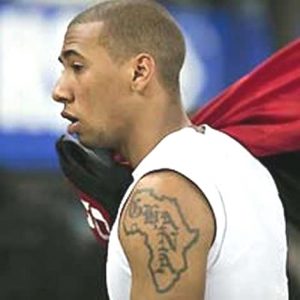 Despite his goals, Kevin-Prince has a great deal of exuberant character – which included some very silky Michael Jackson moves which he performed at Milan’s title-winning celebrations. 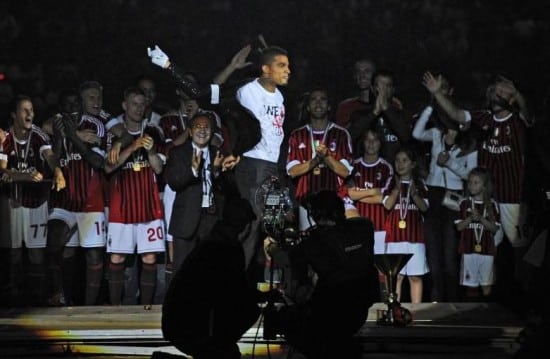 Boateng is multiracial and has a tattoo of the map of Ghana and the country’s name on his arm. This is a visible link to his Ghanaian heritage. 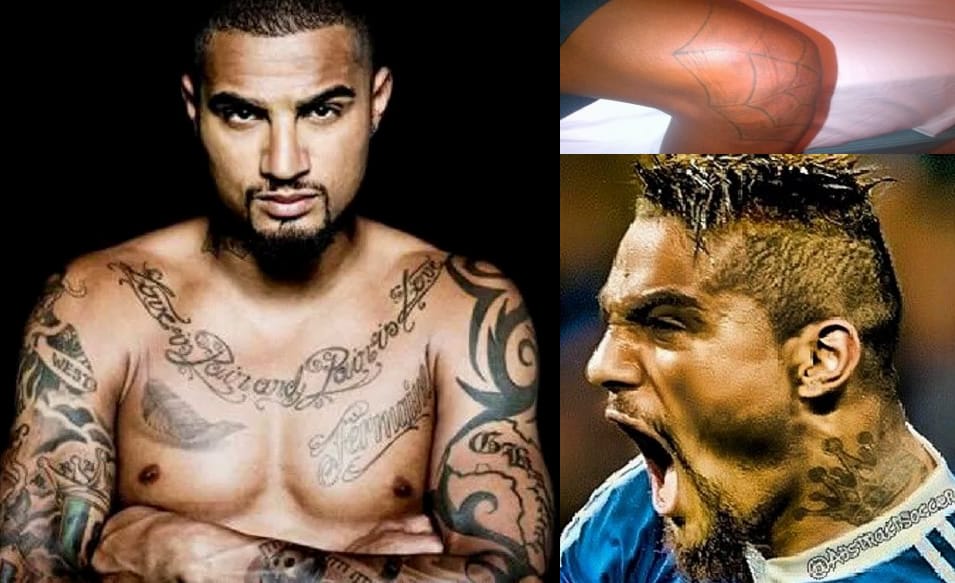 Across his ribs, he has the Chinese words which denote the words; clan, health, love, success, and trust.

Kevin also has other tattoos on his upper body and left troublesome knee which shows a Spiderweb. This led to his ‘Spiderman Boateng’ nickname.

Throughout the early stages of the match at Italian fourth division outfit Aurora Pro Patria, Milan’s black players were subject to vile racist abuse from the home fans.

Despite Boateng’s constant complaints to the referee, the officials did not act – leaving the player to take matters into his own hands.

In the 26th minute, Boateng stopped mid-dribble, picked up the ball and kicked it angrily towards the fans in question, before storming off the pitch, demonstratively removing his shirt.

Only slowing to applaud his own fans, he strode on past opposing players, receiving support and consolation from his teammates – all in front of a stunned stadium.

His actions sent shock waves throughout Italian football and far beyond. Boateng was flooded with messages of support and respect from figures within and outside of the game.

He responded by kicking a ball into the stands and leaving the pitch, where he was followed by his teammates.

The match was subsequently suspended, and his actions were quickly lauded by various players and commentators within the football community.

During an interview with La Gazetta dello Sport newspaper, Boateng revealed he does not think he is a star, and refused to talk about money or wealth.

It is public knowledge that the footballer has amassed an impressive personal fortune from a variety of business ventures, commercial sponsors, and wages for over a decade of his professional career.

Boateng, being named by TV network DStv, one of Africa’s sexiest sportsmen, points to his marketability as a player and more money. 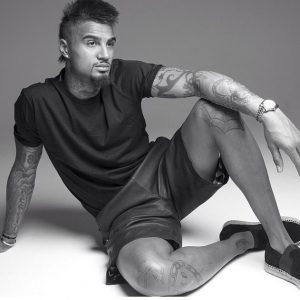 Earlier on in his career, Boateng developed a serious shopping addiction for his wears. He still claims that he still owns “around 200 caps, around 20 leather jackets, and 160 pairs of shoes”.

Other things the footballer is known to have bought include Lamborghini, Hummer, and a Cadillac, all in one day for a six-figure fee.

Kevin-Prince Boateng has revealed how he spent years partying and wasted a lot of his money frivolously. In his words…

“In two years I spent all my money on cars, watches, boots, discos, restaurants and friends who in reality were not friends at all,” he explained. “For a boy like me, who grew up in a poor neighbourhood and without money, it was dangerous.”

Although he was touted as one of the stars of the future, Boateng never made good on all the talent and potential he had, and that is something he wishes would have been different. 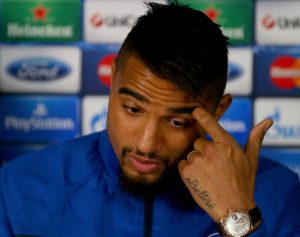 In his words: “I regret a lot of things,” he said. “When I was younger I didn’t work hard because I could rely on my talent. That’s not the right way. I wish I’d worked harder, but it was normal then. Because I was the boss of my town and had money and fame.”

Kevin-Prince Boateng speaks four languages thanks to his time playing in Europe. He speaks English, German, Italian, and Turkish fluently.

He also claims to understand French and Arabic. Which is a pretty impressive feat for any individual. Also, a useful trait for a globe-trotting professional sportsman.

In May 2010, Boateng was playing with Portsmouth FC in the FA Cup final against Chelsea, when he fouled Michael Ballack, the captain of the German national side. 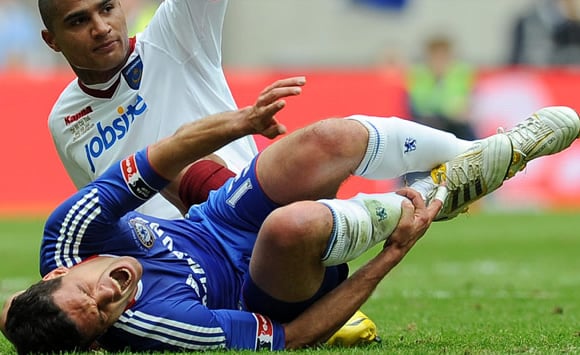 Ballack ended up injuring his ligament, removing him from the roster for the 2010 World Cup.

The incident was extremely controversial. Especially given that Boateng claims that Ballack slapped him in the face earlier in the match. That didn’t stop German football fans everywhere from cursing Boateng’s name for months.

Thank you for taking the quality time to read our version of Kevin-Prince Boateng’s Biography.

At LifeBogger, our team strives with accuracy and fairness to deliver you African Football Players’ Stories. The Biography of Yves Bissouma, Daniel Amartey, and Idrissa Gueye might interest you.