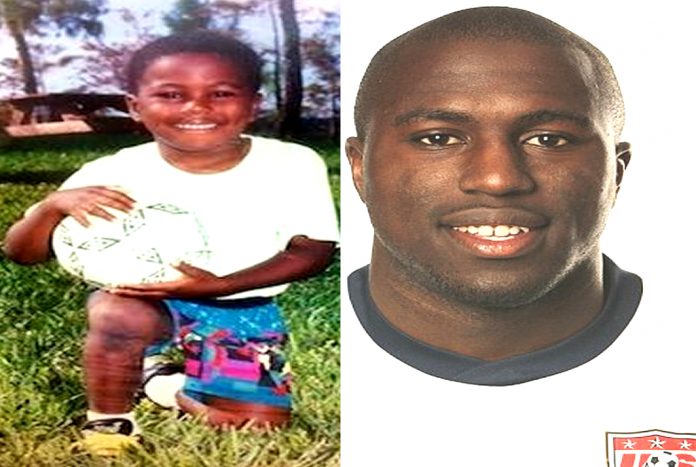 LifeBogger presents the Full Story of a Football Genius who is best known by the nickname “The Beast“.

Our version of Jozy Altidore’s Childhood Story, including his Untold Biography, brings you a full account of notable events from his boyhood days to date.

The analysis of The Beast’s Bio involves his family background, life story before fame, rise to fame story, relationship and personal life.

Yes, everyone knows about his strong physical presence in the box. However, only a few consider Jozy Altidore’s Biography, which is quite interesting. Now, without further ado, let’s begin.

Starting off, Josmer Volmzy “Jozy” Altidore was born on the 6th day of November 1989 in Living Stone in New Jersey.

We know New Jersey to be the birthplace of many celebrities, including Queen Latifah, Tom Cruise and Bruce Willis.

Jozy was the youngest of four children born to his mother Giselle and father, Joseph Altidore.

Both parents were immigrants who arrived in the USA in order to escape the brutal regime of former Haitian President ‘Papa Doc’ Francois Duvalier. 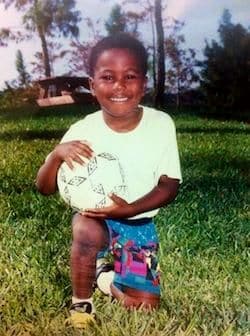 Although Jozy was born in New Jersey, his family relocated to Boca Raton in Florida when he was still very young.

It was at Boca that Jozy grew up alongside his two sisters Lindsay and Sadia, as well as his elder brother Janak, who played indoor soccer with him.

Playing soccer indoors was not well managed by the sporting brothers, who no matter how hard they tried to keep their shots low, ended up destroying a few home equipment, including their ceiling fans.

“If you ever come to my house, still the same house, all the ceiling fans are broken.”

Recalls Jozy of the damages.

Giselle (Jozy’s dad) who figured out that his sons would never cease to inflict damages, decided not to fix the fans and implored that they engage their passion by playing at the Garage.

“He did tell us to play in the garage. And we did that a lot. We always took turns shooting and playing goalkeeper.”

Jozy was only 8years old when he took the first step towards beginning a Career in football by getting enrolled at Schulz football academy that was newly opened in Bocca at the time.

While at Schulz academy, Jozzy played a lot of 3-v-3 competitions, a style of football contest established by the founder of the academy (Joseph Schulz) who believed in the importance of developing talents in small spaces.

“He trained us like we were little pros, but he made it fun. He called it serious fun. It was serious in the sense that you wanted to win and you wanted to have fun.

Everyday you wanted to do that. He had a way. I didn’t want to miss a day”.

Recalls Jozy of Joseph Schulz, pictured with him and other kids below.

The football prodigy spent years enjoying the fun but working system at Schulz Academy before leaving for IMG Soccer Academy, where he started his youth football career in the year 2004. It is pertinent to note that Josh Sargent also went through the IMG Academy.

Altidore spent two years at the youth systems of IMG Soccer academy before making a move to New York Red Bulls, where he made his professional debut in August 2006.

He was one of the early heroes of the American soccer club, a man who paved way for other youngsters like Tyler Adams to thrive at the New York Red Bulls. 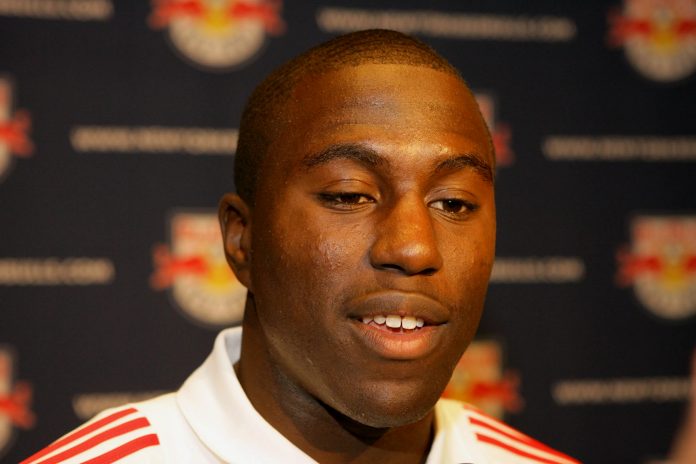 His impressive performance at Red Bulls earned him a move to Spanish side Villarreal, where he became the first American player to score in La Liga during his side’s faceoff with Athletic Bilbao. 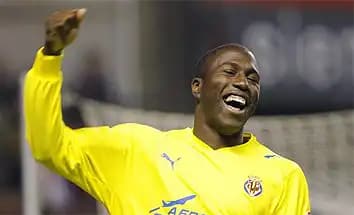 2011 was the start of something new for Jozy whose loan spree was ended when he signed with Dutch Eredivisie side, AZ Alkmaar in July of that year.

It was at AZ Alkmaar that Jozy spent two seasons recording 51 goals in 93 appearances. He was also part of the club’s 2012-13 KNVB Cup-winning side and finished as the tournament’s leading scorer. 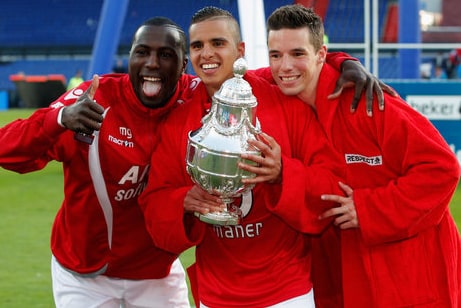 However, fame was still something to be grasped by Jozy whose impressive performances caught the attention of his next destination, Sunderland.

Jozy however, failed to impress at the premier league side, recording just 3 goals in 52 appearances. 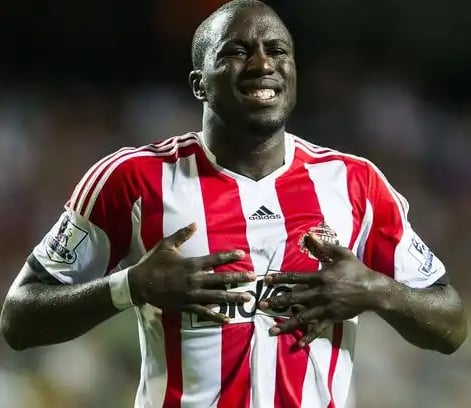 Consequently, he was sold to Toronto FC where he enjoyed a career resurgence, averaging a goal in about 2 games, and went on to score a winning goal in the 2017 league championship that gave Toronto FC their first MLS Cup. 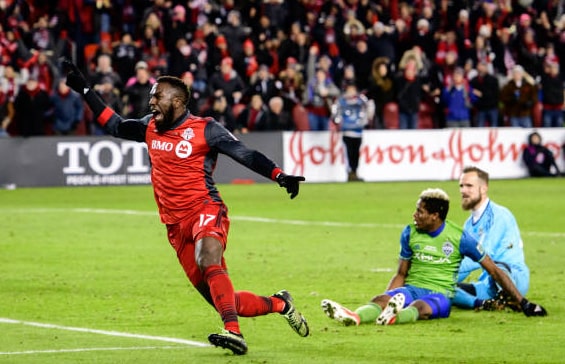 Thanks to the good works of Altidore, the likes of Ricardo Pepi, Christian Pulisic, Tim Weah, etc have picked up from where he left off with the USMNT. The rest, as they say, is history.

Jozy has been romantically linked to two women. We bring you details about his relationship life.

First was his rumored relationship with a former soccer player, Illiana Blackshear. The duo were rumored to be secretly dating in 2011 when Jozy was playing for AZ Alkmaar. However, none of them has confirmed the relationship. 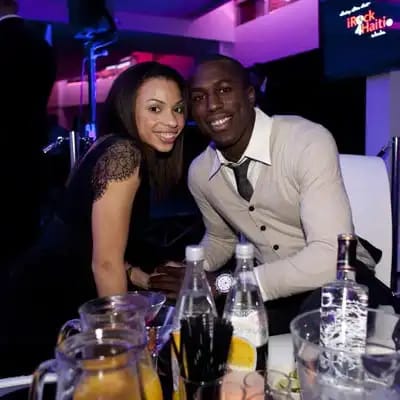 In the meantime, Jozy is in a high profile relationship with professional tennis player Sloane Stephen. The duo who started out as childhood friends grew up together in Florida.

It was only in 2016 that the lovebirds, tagged as America’s Sports Power Couple, connected on a romantic level. 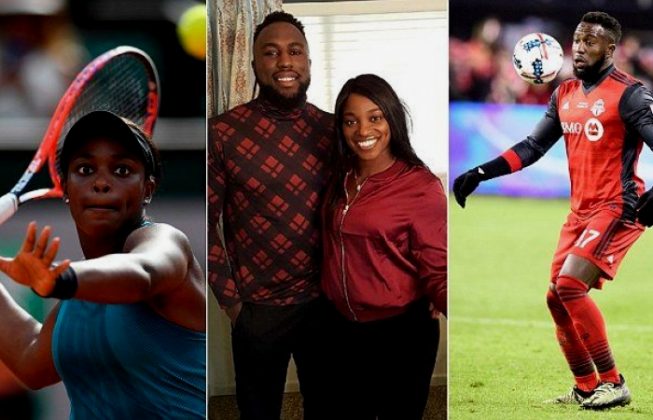 Jozy takes out time to watch some of Sloane tennis games, giving her the support she needs and once scored 2 Goals on the same day Sloane won the U.S Open in 2017.

“She’s worked really hard to get back to where she is now. I couln’t be happier. My mom told me in the stands, but it’s good for her.

We’ve been friends for a long time, and to see her progress as she has is a great sight to see…It’s special. Kudos to her.

Remarked Jozy at halftime in celebration of his girlfriend’s feat. 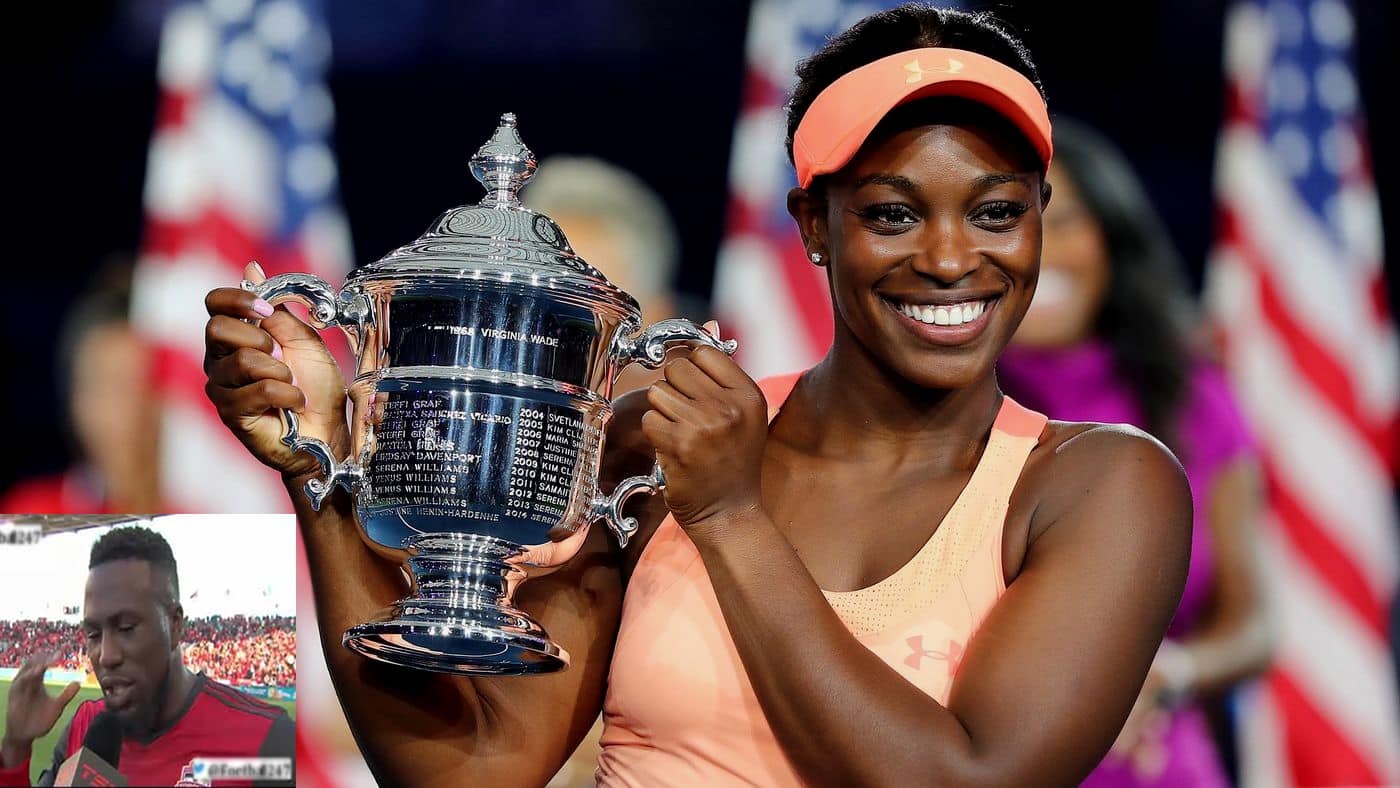 Jozy, in 2007, had the privilege of being one of the cover athletes in the EA Sports video game FIFA 08.

The cover, which also featured Ronaldinho and Guillermo Ochoa, Came at a time Jozy scored a total of 4 goals in five appearances for the United States during the 2007 FIFA U-20 World Cup. 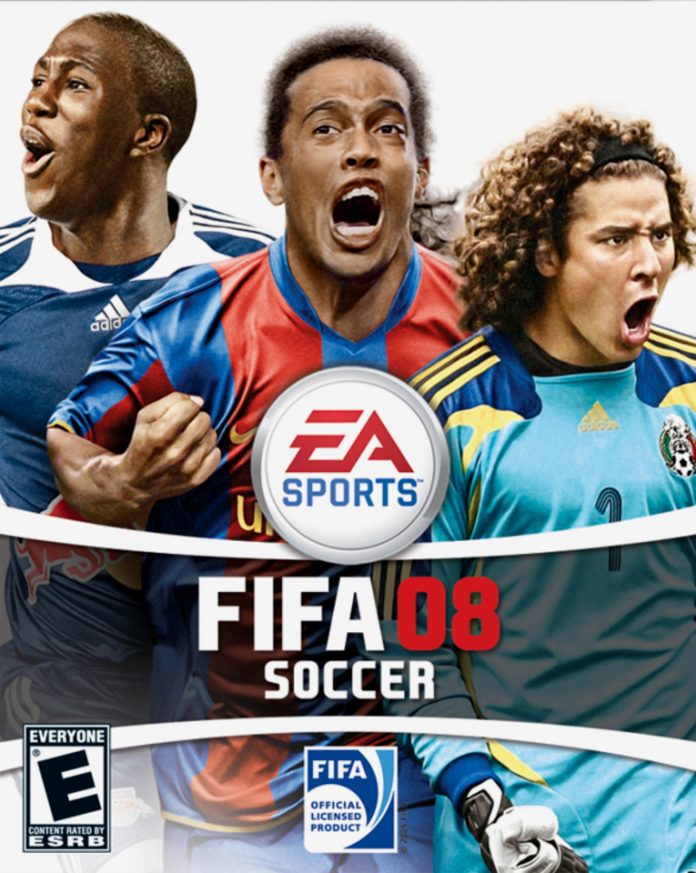 The feature came as a surprise to young Jozy who things seemed to be moving fast for at the time. According to him:

“The feature was a complete shock, but I’m just thankful to be a part of something like this. The FIFA game, and the franchise, has been around for so long that to be a part of it in any way is fantastic”

Jozy has always had his preferred pose whenever the U.S national anthem is being sung.

As a result, the striker who does not put his hand over his heart during the “Star-Spangled Banner” became a subject of criticism over the act that was deemed as mysterious. 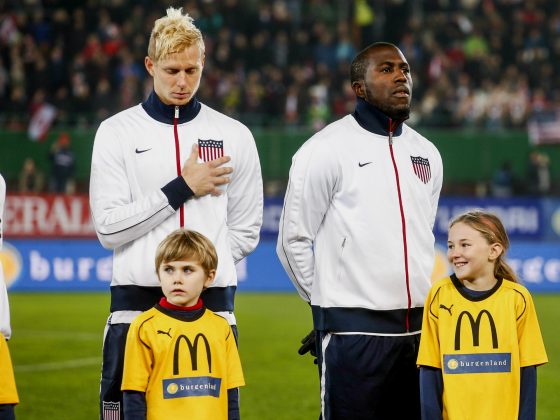 It wasn’t until 2015 that Jozy cleared the air about his pose in the following manner:

“I was raised as a Jehovah’s Witness. My mom is a Jehovah’s Witness and there’s just certain things we don’t do, Birthdays, holidays, stuff like that, so (not putting my hand on my heart) has nothing to do with me being against the country, or being any less American.

I love my country. I’m very American I love playing for the U.S., and I hope people understand that that’s why I don’t do it”.

Jozy has in the course of his decade-long Career enjoyed endorsements and Sponsorship from a number of brands.

They include Beats By Dre, Jaguar, Adidas, Puma, airline company-Jet Blue, among others. 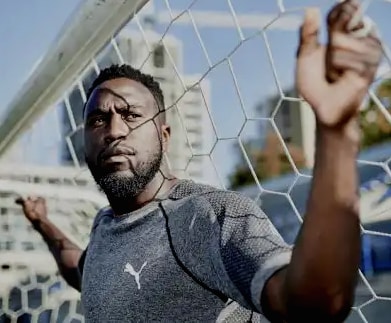 More endorsements are expected to come for the striker who perfects his style of play with each match.

Although Jozy was born at New Jersey in the USA, he never ceases to identify with Haiti, the country his parents emigrated from.

More so, when Haiti was struck by a massive earthquake in 2010, Jozy assisted in relief efforts by raising donations.

The striker was also quick to reply U.S President Trump who reportedly referred to Haiti, Elsavador and countries in Africa as S**hole.

Reacting to Trump’s alleged comments, Jozy tweeted a photo of himself, P.K. Subban and Usain Bolt with the caption:

How patriotic can one be to the land of his fathers?.

Jozy is a hardworking and disciplined football genius who sticks to what he believes. His character and appreciation for others outside of the field of play attests of his humble upbringing. 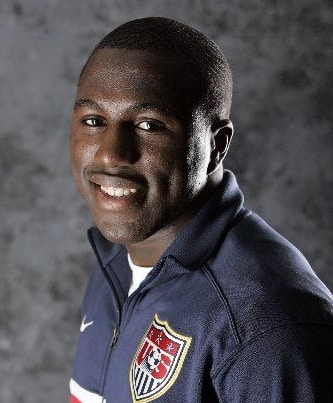 Added to the aforementioned is his humanitarian endeavours. This makes Jozy come off as a footballer that strives to make a difference in a chaotic and economically unbalanced world.

LifeBogger says, “Thank you”… for taking your time to read Jozy Altidore’s Biography. We care about accuracy and fairness in our continuous quest to deliver American Soccer Stories. Jozy Altidore’s Bio is a product of LifeBogger’s North and South American Football Stories.

Please contact us (via comment) if you notice anything that doesn’t look right in Jozy Altidore’s memoir. Don’t forget to stay tuned for more related Classic Football Stories from LifeBogger. The History of Clint Dempsey, Walker Zimmerman, and Giovanni Reyna would interest you.

On a final note, kindly give us your feedback about the Legendary Jozy Altidore and his amazing Biography.