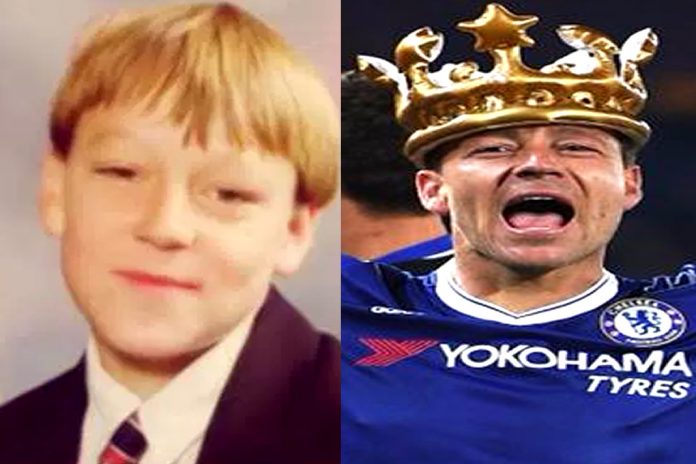 LifeBogger presents the Full Story of a Chelsea Legend who is best known by the Nickname; “JT“.

Our version of John Terry’s Biography, including his untold Childhood Story, brings you a full account of notable events from his boyhood days. We then proceed to tell you how JT became famous.

The analysis of the Greatest Defender in Chelsea FC history involves his life story before fame, family life and many OFF and ON-Pitch Facts about him.

Yes, everyone knows about his history with Chelsea FC but few consider our John Terry’s Biography, which is quite interesting. Now, without further ado, let’s begin.

Starting off, his full name is John George Terry. He was born on the 7th day of December 1980 in Barking, United Kingdom. He was born to his mother, Sue Terry and father, Ted Terry.

Shockingly, but true, Terry’s love for football started out with his support for Manchester United. The best way he could kick-start his career was by mixing education with football.

John’s parents enrolled him at Eastbury Comprehensive School, where he played for their local Sunday league team Senrab.

This team at that time also featured some of the future Premier League players in the name of Sol Campbell, Jermain Defoe, Bobby Zamora, Ledley King and Jlloyd Samuel.

His true leadership character showcased itself at an early stage and it continued as he matured into a teenager. Ever serious teenage John, as pictured below, actually started out as a midfielder. 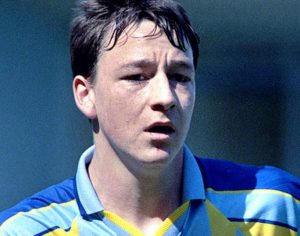 As a boy, he initially was part of West Ham United‘s youth system, joining them as a midfielder in 1991.

After growing through the youth ranks, scouts became coming for him. Popular among them were Chelsea scouts, who had always had their raider on him.

Three years later, John moved to Chelsea. He was 14 years old when the transfer happened. Because of his age, he went on to play for the club’s youth and reserve teams.

It was due to a shortage of central defenders that he was moved to centre back, the position he went on to play for the rest of his career.

After finishing school at age 16, he waited for a year on the club’s Youth Training Scheme.

At age 17, John signed professional terms with the London club and made his debut on the 28th day of October 1998.

Back then, as a young lad, Terry once revealed in a 2005 interview that he has to go through about 50 superstitious rituals before each match.

Following Desailly’s retirement, the new Chelsea manager, José Mourinho, chose Terry as his club captain. The rest, as they say, is now history.

The glamorous WAG, Toni Terry, has been the lady for years for John Terry. Both are childhood sweethearts who have known each other before John came to the limelight.

Toni is a fitness fan and her body structure shows she really likes to keep fit.

Judging by the number of pictures she posts on her Instagram account, one can easily know that she is also a keen horsewoman.

She once competed for England in dressage competitions. She has been riding horses right from her childhood. 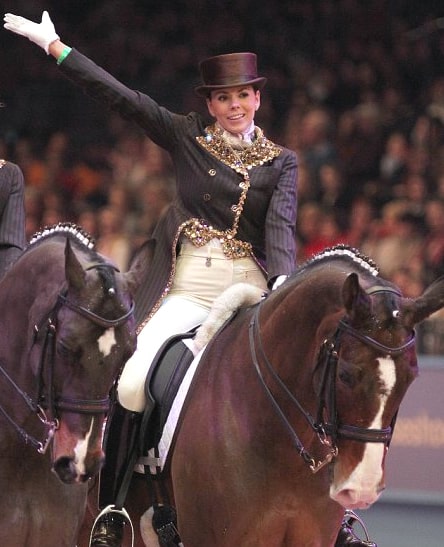 When she is not riding, she clearly supports her husband on and off the pitch too. Both lovers lived for a long while before deciding to tie the knot.

John Terry had a fabulous wedding with Tori at Blenheim Palace on 15 June 2007. The ceremony saw popular football stars gracing the event.

Their wedding took place a year after Toni had given birth. In fact, John and his wife Toni (née Poole) are the parents of twins, Georgie John and Summer Rose, born on 18 May 2006 in Westminster, London. 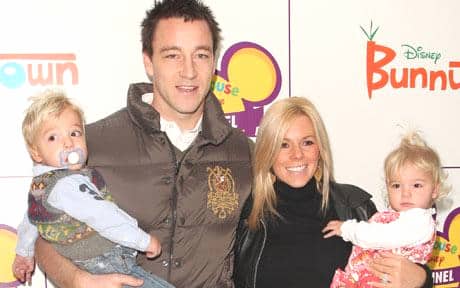 Terry celebrated their birth when scoring for England against Hungary when he performed a baby-rocking celebration.

In 2009, Terry was named “Dad of the Year” after he came top of a poll of UK adults in a Daddies Sauce survey. Terry has said that his children are fans of Lionel Messi.

Extramarital affair allegations: In January 2010, a super-injunction was imposed by a High Court judge preventing the media from reporting allegations that Terry had had a four-month affair in late 2009.

It was with Vanessa Perroncel, the former girlfriend of Wayne Bridge, his former Chelsea and England teammate. 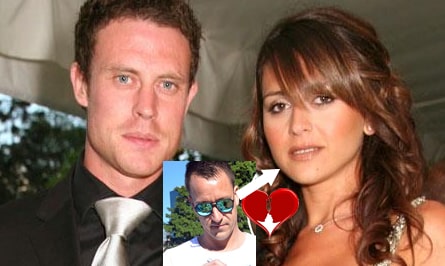 After much push and threats, the injunction was lifted a week later. Many British News outlets later printed apologies to Wayne Bridge’s wife Perroncel for breaching her privacy and stated that the story was “untrue in any case”.

Perroncel herself maintained that the alleged affair never took place. Thou, her husband and most football fans didn’t believe her.

The continuous intensity of the allegations led to then-England manager Fabio Capello removing Terry from the captaincy on 5 February 2010, replacing him with Rio Ferdinand.

Terry was reinstated as captain the following year. Later on, the Chelsea captain had this confession to say to the world;

“I’ve misbehaved and slept with girls behind her back and that’s not right. She knows about it all now and we’re moving on. I’m not going to cheat on her ever again.”

Starting off, John Terry’s father is currently separated from Mrs Sue Terry, his wife. While John Terry tries to lead his Chelsea Team, his parents are known to create controversies that destroy their son’s image as a Captain.

John Terry’s dad once lived with a woman young enough to be his daughter.

They met in November 2014 when the pair lived doors away from each other in Chafford Hundred, Essex.

It was a time Kenyan-born Evelyn was getting divorced from his husband, Stefan Minkey. She and Ted, upon loving each other, decided to move to a terraced house in Chichester, Sussex.

A source close to the split said: “The divorce is messy, but Ted has jumped right in. They are really loved up and there is nothing that anyone can do.”

In August 2015, police were called when Ted and Evelyn’s husband Stefan allegedly came to blows at Evelyn’s family home. No one was arrested.

Ted has also been in some controversies in the past. He was once caught on film selling cocaine to an undercover reporter.

Following that, Ted agreed to hand over three grams from his regular supplier at a price of £120 – provided he received an additional £40 to buy a gram for himself.

He told the reporter, who posed as a chauffeur buying the drugs for his wealthy boss: ‘The stuff ‘s all right. I get off on it.’

He added: ‘This is just between me and you. Don’t tell him that I’m John Terry’s dad.’

John Terry, who was then worth an estimated £10million, knew nothing about the cocaine deal or his father’s behaviour.

John Terry’s mother Sue Terry, 50, and mother-in-law, Sue Poole, 54, was arrested and cautioned after being caught with £800 of clothes and groceries from Tesco and Marks & Spencer. His mother is the one pictured right in the photo below. 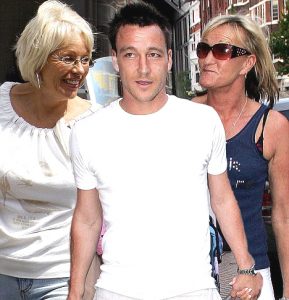 Among the items were said to be girls’ flip flops, leggings, casual shirts, men’s and ladies’ watches, a green tracksuit, groceries, sweets and pet food.

The two women, who live on the same exclusive street as the Chelsea star, were stopped by police as they loaded their car at an out-of-town shopping centre in Weybridge, Surrey. 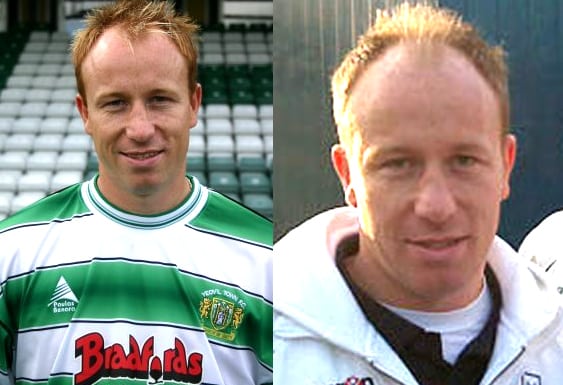 He is alleged to have had an affair with the fiancee of teammate Dale Roberts during their time together at Rushden & Diamonds, which resulted in Roberts committing suicide. 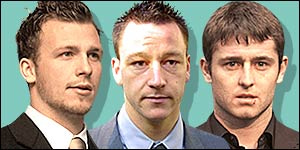 In 2002, Terry was involved in an altercation with a bouncer at a West London nightclub with Chelsea teammate Jody Morris and Wimbledon’s Des Byrne, which led to him being charged with assault and affray. 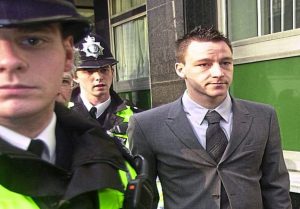 In August 2002, Terry was acquitted of the charges in court. During the affair, he was given a temporary ban from the English national team by The Football Association.

Terry and three of his Chelsea teammates were accused of drunkenly abusing Americans at a Heathrow Airport hotel hours after the 9/11 terror attacks in the United States which had left the passengers grounded.

“We had a lot of Americans here and were simply trying to comfort them in their hour of need. Meanwhile, these men were laughing and joking, taking off their clothes and abusing our guests,”

a hotel manager told the Daily Telegraph at the time.

The players were fined two weeks’ wages (around £130,000) and the money went to the relatives of the victims.

On 2 November 2011, Terry was placed under police investigation following an allegation of racist abuse made at Anton Ferdinand during a match versus Queens Park Rangers.

A video footage circulated on the internet led to accusations that Terry called Ferdinand a “fu***ng bl*ck c*nt.” 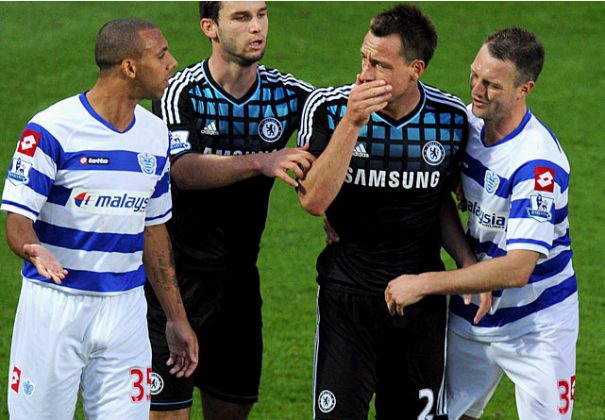 In response to the video footage, Terry claimed that he was actually asking Ferdinand, “Oi, Anton, do you think I called you a bl*ck c*nt?”

On 3 February 2012, the Football Association reacted by stripped Terry of his England captaincy for the second time until his issue was resolved.

When the trial began in July 2012. The court established that neither Ferdinand nor anyone else had heard Terry’s words, but Terry himself admitted that he had directed the words “fu*king bl*ck cunt” and “fu*king kn*bhead” at Ferdinand, but maintained that he used the words as a form of sarcasm.

In 2014, Terry senior racially abused an Irishman at a train station, calling him a “pikey cu*t”. He admitted racially aggravated public disorder and was fined £200.

FACT CHECK: Thanks for reading our John Terry Childhood Story plus Untold Biography Facts. At LifeBogger, we strive for accuracy and fairness. If you see something that doesn’t look right in this article, please place your comment or contact us!.