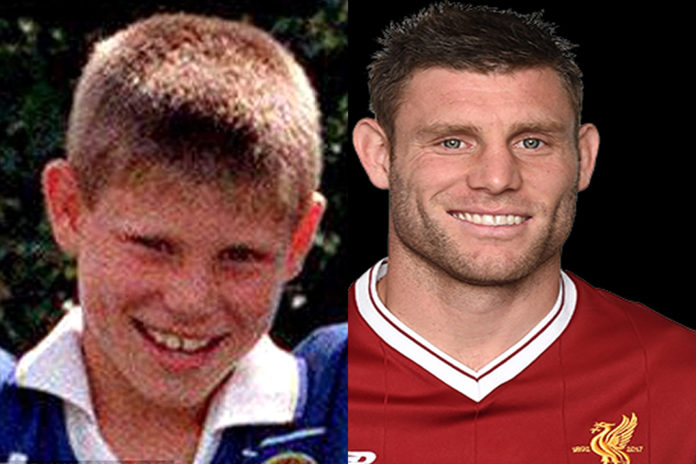 Lifebogger presents the Full Story of a Liverpool Football Legend and Utility Master best known by the Nickname; “Jamie”.

Our James Milner Childhood Story plus Untold Biography Facts brings you a full account of notable events from his childhood time to date. The analysis involves his life story before fame, family life and off-pitch facts.

Yes, everyone knows about his utility abilities on the pitch, but few have read a concise version of James Milner’s Biography, which is quite interesting. Now, without further ado, let’s Begin.

For Biography starters, James Philip Milner was born on the 4th day of January 1986 in Wortley, United Kingdom.

Milner had multiple talents as a child. Ideally, his talent in football, cricket, and long-distance running was recognized at a very young age. He played for the Yorkshire Schools cricket team as a wicketkeeper.

Also as a child, he was also a champion of cross-country and middle-distance runner plus sprinter.

These accolades paved the ideal way for a workaholic footballer who is comfortable on both wings and just about anywhere else on the pitch.

He represented his school in these sports and played football for amateur teams. Milner played most of his childhood football for Westbrook Lane Primary School in Horsforth, where he was educated.

As one of the brightest footballers in his school, everyone knew he would make it big in football.

Milner got spotted by Graeme Coulson, a coach from Rawdon. He recognised Milner’s talent and persuaded him to play for Rawdon in several tournaments.

This was where Milner scored four goals in their victory in one of the finals. Things at this point went so well for him.

Again, This was a time he won the award for “first class” student at his school. He graduated from his school with 11 GCSEs and an award for his performance in physical education.

Despite playing amateur football at its peak, all Milner wanted at some point is to be a professional footballer.

He supported his hometown club Leeds United from a young age. His earliest memory he had of Leads was watching them win the FA Youth Cup in 1993.

James and his parents, Peter and Lesley, were season ticket holders. Graeme Coulson, his amateur football coach, helped him apply as a ball boy for the club before joining their youth team to start his career.

At the Leeds Academy, Eddie Gray was a great influence, though it was Terry Venables who played Milner on the first team at 16.

That led directly to the teenager’s decision to avoid alcohol. “I couldn’t go drinking because the amount of publicity I got when I broke into the first team meant everyone knew how old I was”.

He also realised it could be an obstacle to making progress. He sees the negative headlines and knows that great talents like Adriano have been ruined by the bottle.

It was in the year 2002 that his professional career started. The rest, as they say, is now history.

Milner had been with Amy Fletcher before he began playing football or thinking of becoming so rich.

James insists meeting Amy during his childhood years truly made him feel rich!. However, on that night, at that moment they crossed eyes, all his dreams came true.

She isn’t a fan of the limelight. Currently, the husband and the wife are happy in their married lives. The relationship between them is inseparable. 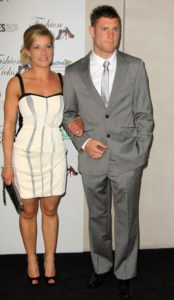 Amy Fletcher is responsible for James being teetotal. He never drinks aside from trying his dad’s Strongbow in his younger days.

Like every loyal and supportive wife who likes to see their husband succeed. James Milner’s wife, Amy Fletcher, also supports him very much.

She is also the brain behind James being a philanthropist. Both couples run a charitable institution named “The James Milner Foundation” which assists in the preservation of health and advancement of education among young people in the United Kingdom through financial support.

Apart from his football career, James Milner loves to play golf. He is a close friend to his teammate, Jordan Henderson. 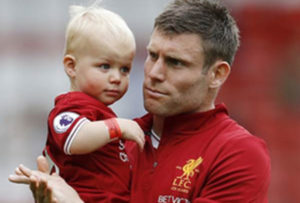 Milner has the following attributes to his personality. 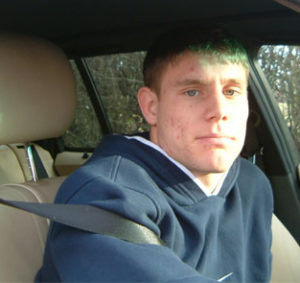 James Milner’s Strengths: He is responsible, disciplined, has great self-control and the potential to be a good manager.

Milner Weaknesses: Sometimes, he claims he knows-it-all. More so, he could be unforgiving and condescending.

What James Milner dislikes: He could act like a chameleon. Milner could wake up someday and dislike almost everything at some point.

James Milner, in summary, is someone who possesses an inner state of independence that enables significant progress both in his personal and professional lives.

He is a master of self-control and has the ability to lead the way, make solid and realistic plans, and manage many people who work for him at any time.

Being the son of a quantity surveyor father and a real state agent mother, James Milner is known to come from an upper-middle-class family background before his football investment paid off.

Both parents live in a pebble-dashed semi close to Horsforth cricket club, another sport, together with athletics, in which James excelled in.

His parents, Peter and Lesley, were long-time Leeds season ticket ­holders, along with young James and the rest of the family.

“I speak to my mum and dad about the club, and my uncle and all my mates are big Leeds fans as well,”

Milner says.  Their love for Leeds United was deep-rooted. James Milner’s father, Peter Milner is someone who has always insisted that his son James attend college once a week to continue his education instead of taking football full time.

For all their encouragement, the Milners also saw the need for a life beyond the game.

“I never wanted for a pair of boots,” says James, “and we lived in a nice house in a nice area. But my parents pushed me hard, even at school.

Because there were no guarantees I would make it, they made sure I had options and I left school with 11 GCSEs, most of them grade A.”

Having education as an option was the reason why Milner Snr allowed little James Milner to have the cherished role of a ball boy for Leeds United. Milner senior was a decent footballer himself as well as a good runner.

His son recalls: “When I was about 10, he told me to practice as much on my left foot as my right. He said all the best players could use either foot. It was great advice.”

While at the academy, Milner played against contemporaries from other clubs in the north, including future Manchester United striker Wayne Rooney. His role model was Leeds-born Alan Smith, who was then a Leeds United striker. 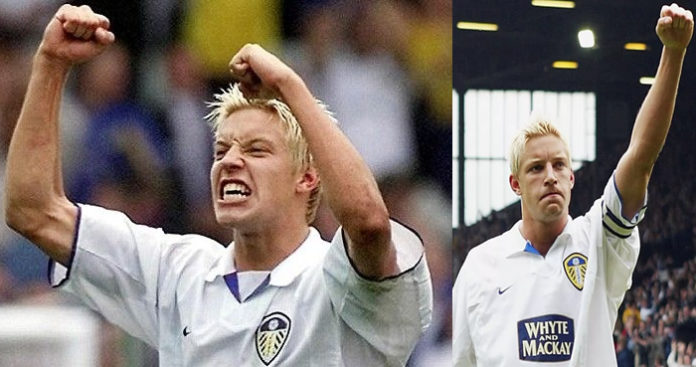 Milner believed playing with Smith put him through a learning curve, as Smith had done what Milner aspired to do; that is, to come through the academy and play for the first team. 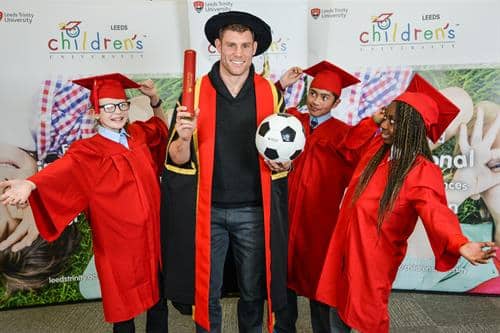 As a child and even to date, James Milner was a strong mathematician and there were other strings to his bow. He could have gone on to get top grade A-levels and had a choice of universities. He was level-headed, unassuming and had a lovely sense of humour.

One of the nicest things about him was that he never bragged about what he was doing or where he was going. You had to ask to find out. His attitude made him popular with everyone.

People in football are tipping him to be a future England captain, and we’re not surprised. He has the personal qualities and is the type to work and work at his game as David Beckham did.

As a teacher, you always hope that a pupil will fulfil their potential. In James’s case, it was never a doubt. He has that mental strength and determination, the controlled aggression that takes people to the very top.

LifeBogger appreciates you for taking this time to go through James Milner’s Biography.

We care about accuracy and fairness in our quest to deliver you the stories of English Footballers. James Milner’s Bio is a product of our United Kingdom Football Stories.

Please reach us (via comment) if you notice anything that doesn’t look right in our article on James Milner’s History.