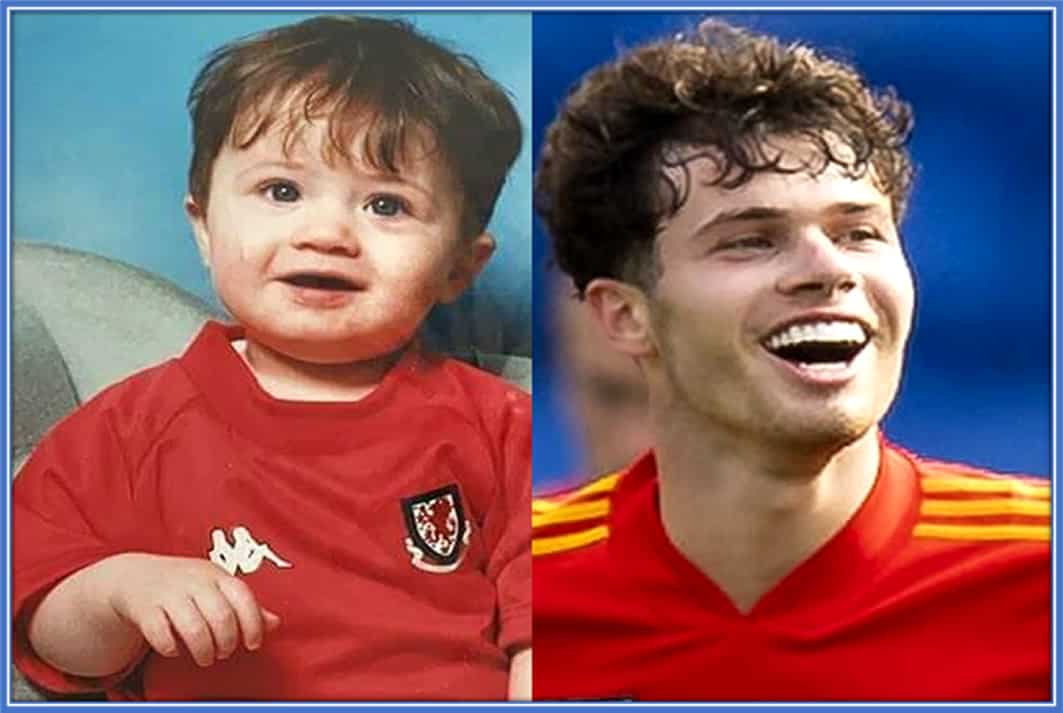 As a child, Neco Williams was naturally blessed with a passion for the round leather. As soon as baby Neco could walk, he kicked anything moulded into a soccer ball. Lee and Emma (his parents) would buy him a Welsh football jersey, and Neco, as a kid, loved it.

The proud parents could see their boy’s future and the fact that Neco would help them re-live the Williams family’s dreams. A dream we’ll unveil to you in the family background section of this Bio.

Neco had a good parental upbringing while growing up in Cefn-mawr, a Welsh village. The Welsh footballer spent his childhood days with three of his siblings. Taya Williams is Neco’s oldest sister (the first child of the Williams family).

Since his childhood, all he ever wanted was to play football for a living. Two of Neco Williams’ siblings (Keelan and Ocea) were no different from him. For Neco (who led the way), had the ball glued to his feet and everything about his career happened so quickly.

The only thing he loved as soon as he learned how to walk was playing football. Implementing his hobby didn’t just come without the help of his nuclear and extended family members.

The Welshman’s family are businesspeople. While Neco’s Dad oversees his and his siblings’ careers, his Mum (Emma Williams) runs the family business. Dance Zone Academy, Founded in 1997, is the name of the Neco Williams Family business.

Neco Williams Mum (Emma Jones) and her colleague Sian Roberts are both registered dance teachers. She encourages children who are aged three and above to join their sessions.

The Family business, Dance Zone Academy, is a well-established free-style dance school. For more than 20 years, the family company has provided expert dance opportunities to persons in the Cefn Mawr community and beyond.

The address of the family business is George Edwards Hall, Well Street, Cefn Mawr, Wrexham LL14 3AE, United Kingdom. We’ll tell you more about the Williams Family business later in this Bio. This is the handwork of Neco’s Mum.

The Wrexham star hails from a football-living home where celebrities are seen as normal. Nico Williams’ parents always remind their son he woun’t get special treatment despite being a national celebrity.

In fact, the whole family and neighbourhood treat him as any normal Cefn boy whenever he returns home. Sometimes, Neco Williams’ siblings and parents have to pinch themselves to realize how proud he has made them become.

It might also interest you to know that Neco Williams’ grandfather (Kelvin) was also a professional footballer in his time. He was neither a right-back, and he wasn’t known for his pace. Rather, Kelvin Williams was popular for his football skills during his playing days.

Neco sure knows he inherited his dribbling skills from his grandfather. If not that his grandfather (Kelvin) broke his ankle during his career peak, he would have made it to the top of Welsh football.

Although the market town of Wrexham in northeastern Wales is his birthplace, Neco Williams Family are actually natives of Cafn Mawr. This is the village in Wales Neco Williams comes from. Cefn Mawr is a small Welsh village in the community of Cefn.

Neco’s village (Cafn Mawr) is within Wrexham County Borough, Wales. The village has a population of about 7,138 persons according to Welsh local authorities.

Where Neco Williams Family comes from (Wrexham) is home to Football Legends – Robbie Savage and Mark Huges. This part of Northern Wales is a 65km drive via M53 to Liverpool and 89km to Manchester.

Lee and Emma (his parents) ensured proper schooling for their kids. Back then, when Neco went to school, he would take his football along with him. He wasn’t the cleverest in his primary school, and he also wasn’t too keen on his homework.

Sometimes, Neco gets forgetful as he would forget to bring school items to his home – needed for his homework. Although there was a lack of concentration on school, Neco’s behaviour was exemplary.

Because he transferred to Liverpool as a boy, Neco experienced a change of school. Moving school was difficult as he missed his best friends – especially Kai and Keenan. Neco had known his closest pals, Kai and Keenan since their nursery and primary schooling days.

Neco Williams high school change didn’t go down well with his old friends. But they later understood it was for the best. Neco knew that changing his high school implies making sacrifices because of football.

Neco Williams’ granddad (Kelvin) took the earliest responsibility to his career. He practically taught Neco and his brother Keelan how to play football. To this day, Neco still remembers his granddad teaching him and Keelan how to use their left foot.

Kelvin always takes the boys to training sessions and games. Back then, he helped Neco William’s parents to look after their children while they were busy with work.

Thankfully, it turned out to be the best decision the six-year-old boy would ever have to make. Upon joining the club, Neco made friends with Curtis Jones, onye otu ya site na afọ isii.

At the time he joined Liverpool, Neco Williams lived in his Welsh family’s house whose address is Cafn Mawr. A distance of 58 minutes OR (39.8 mi) via A483 separates his Welsh village from Liverpool city.

Neco William’s parents sacrificed a lot in other to see him meet his Liverpool obligations. Back then, his Dad drove him (almost on a daily basis) from their home to the Liverpool training ground.

After dropping him off, Lee Williams would hang around and watch him train. After Neco completes his training, he would bring him back. During those moments, Emma (Neco’s Mum) would look after the family and their dance business.

Soon, Neco Williams’ brother (Keelan) followed in his footsteps by joining Liverpool. At this time, the boys’ parents (Lee and Emma) couldn’t be any prouder of their son’s achievement.

The Cefn Albion product, during his teenage years, had to make a tough decision. To enhance his development, Liverpool requested Neco Williams family to allow their son live in the digs. While his Dad (Lee) saw it as a good decision, Neco’s Mum found it hard to accept.

Emma Williams wasn’t just interested in letting her boy leave the family home. It got so serious that a Liverpool staff had to intervene. Phil Roscoe at the academy told Neco’s Mum (Emma Williams);

The truth is, the Williams’ family are very close, and Emma had never felt separated from her first son. In the end, Neco’s Mum understood and had to let him move into Liverpool accommodation.

Emma Williams knew the decision was best for his football development. From age 15, Neco Williams left his family home to begin living in Liverpool full-time. At that time, Neco had stopped playing as a striker and had begun his full-back role.

The youngster began playing for your country when he was 11. To the joy of Neco Williams family, Neco, in 2018, got called to join the Wales U19 team. The young Defender made lots of sacrifices in his quest to reach the national team.

Neco’s commitment involves making a four-hour trip from Cefn Mawr to Cardiff to play for the Welsh junior team.

With Neco’s growing rise in Liverpool, the Welsh Football authority decided to act fast. In August 2020, the joy of Neco Williams’ family knew no bounds as their very own was called to the Welsh national team.

It was a thing of pleasure playing for his birth country. More importantly, playing alongside some cool names like Gareth Bale, Harry Wilson, Aaron Ramsey, Joe Rodon, Ethan Ampadu, Wdg

His call to the Welsh senior team wasn’t something the Wrexham native expected. When Neco Williams was playing for the under-19s in Cardiff, he scored twice. Because of that performance, he got convinced of a call-up to the under-21s.

Neco was confused not to find his name on the list when the squad was announced. Because he was that good, he was made to skip the under-21s and was pushed straight to the first team.

The Welsh footballer’s debut against Finland in September 2020 was one of the proudest days for his family. Did you know?… Neco Williams scored the winner against Bulgaria after coming off the bench.

Since then, he began experiencing a remarkable rise in his senior club career. Did you know?… Neco was among the Liverpool youngsters (like Caoimhin Kelleher) onye meriri iko Premier League 2019/2020. 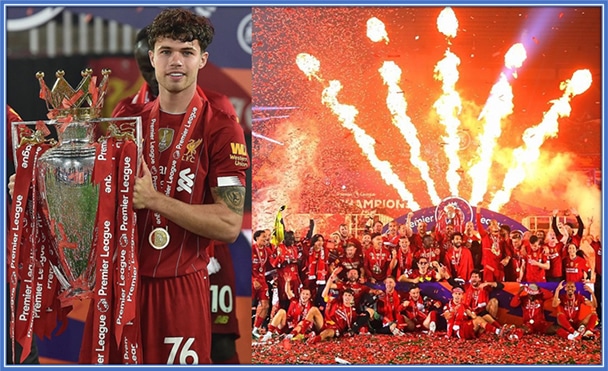 After winning this notable trophy, the full-back decided it was time to open a new chapter in his senior career. Williams accepted a loan to move to Fulham.

On 31 January 2022, Neco Williams joined a top Championship team, Fulham, via loan. The Welsh star had a bright start as he wasted no time scoring his first senior career goal. Williams was part of an inspiring Fulham side (made up of Antone Robinson, Harry Wilson, Aleksandar Mitrovic, Fabio Carvalho, Nathaniel Chalobah, wdg) nke meriri 21/22 EFL Championship. 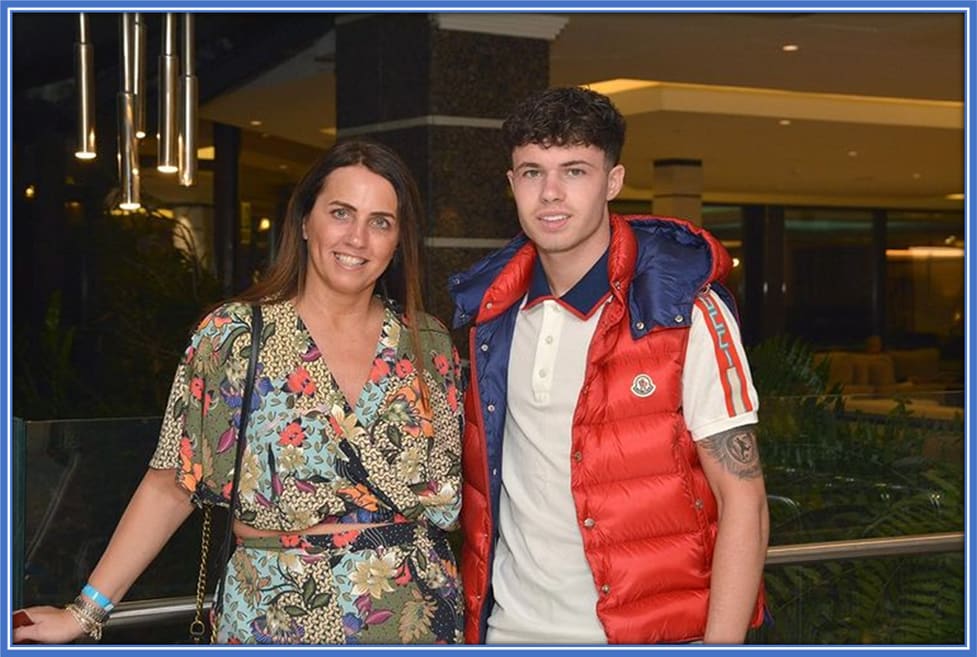 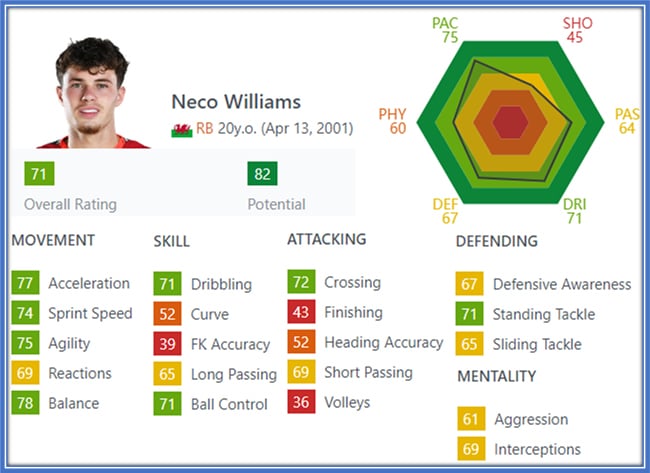