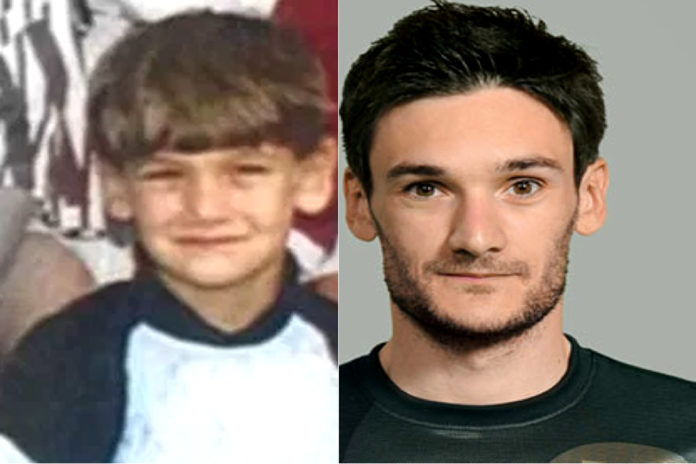 LB presents the Full Story of a Football Stopper best known by the Nickname; “Saint Lloris”. Our Hugo Lloris Childhood Story plus Untold Biography Facts brings to you a full account of notable events from his childhood time till date. The analysis involves his life story before fame, family life and off-pitch facts about him.

Yes, everyone knows about his goal stopping abilities but few consider our Hugo Lloris  Bio which is quite interesting. Now without further adieu, let’s Begin.

Hugo Lloris was born on the 26th day of December 1986 (boxing day) in a posh and sunny neighbourhood, located in the Mediterranean city of Nice, France. He was born to his mother, Marie Lloris (a lawyer) and father, Luc Lloris (a banker). His parents are super rich.

Upon birth, he was named “Hugo” because his parents were great admirers of French world known writer Victor Hugo. Coming from extremely rich parents, Hugo was never predicted to be a goalkeeper, at least not by his family.

Hugo Lloris grew up following his parent’s favourite sport, tennis where he, like the rest of the family was initiated to the game and excelled at it. 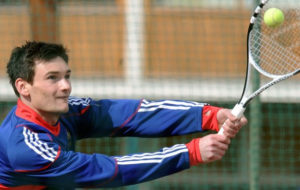 He played that sport until the age of 13  and was among the top players in his age group, ranking high in the French youth national standings.

Was it fate, written on the stars…who can tell ? Hugo started playing football with his tennis mates just to kill the time before his daily tennis lesson. Initially, he started out as a midfielder before trying out the place of a goalkeeper to coverup for their injured goalkeeper.

Shockingly, Hugo was so good at the goalie’s place that a person who worked at the club, asked his brother, a football coach at Cimiez to come and have a look at an unknown and gifted goalkeeper youngster.

When CEDAC (Centre de diffusion et d’action culturelle) asked the six-year-old to join the club, Hugo was delighted, but his parents didn’t accept. After much convincing, they agreed under conditions. That their son must continue his tennis lessons and be a good pupil at school otherwise no football. Hugo however at some point in time fell in love with football. He even became as stubborn as his parents. Fortunately, he had an ally in the person of his paternal grandfather, a great football fan: it was he, who took regularly his young grandson to the stade of Nice to watch and cheer the local team.

It came a time when his love for being a goalkeeper had gone so deep. On a good and fateful day, Hugo got told that Former France’s and Nice’s GK  Dominique Baratelli was to come visit them. Dominique Baratelli was impressed at Hugo’s appearance upon his visit. After watching him play severally, he pressed necessary buttons and recommended Hugo to join OGC Nice’s Youth Academy. At the age of ten, Lloris joined Nice’s youth academy. 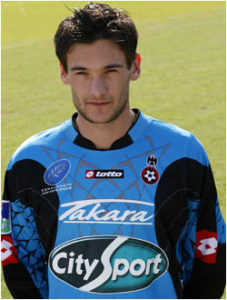 Hugo spent 12 years in his native town’s club and combined studies and football; it wasn’t easy because his parents wanted him to go study in a regular school, not in the Academy’s one who proposed fewer hours of studying. After all, football was just for fun; studies and university, that was the future for their first born! Hugo, however, wanted to fulfil his own aspirations. He signed his first professional contract just after obtaining his Baccalauréat (sciences and maths).

In 2008, while he was playing for Nice, his mother died. Just two days after her death, he gained national respect for his refusal of a bereavement leave offer from manager Frédéric Antonetti, instead opting to play in a league match for Nice. Lloris performed admirably in the match despite the circumstances.

After another solid season with Nice, speculation arose as to where Lloris would play the following season. He joined Lyon in the same year his mum passed away. After some controversial experience with Lyon, Tottenham took the opportunity to sign him in 2012. The rest, as they say, is now history.

Hugo Lloris has achieved success off the field, marrying the lovely Marine. The couple met in high school when Hugo was already on his way to becoming the best keeper in France. 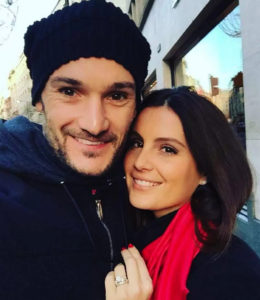 The pair met on the school benches of Nice in 2002 and married 10 years later. They had their wedding at St. Francis Church de-Paule in a small ceremony in Nice. Their first daughter, Anna-Rose, was born shortly thereafter. Their youngest, Giuliana, was born in 2014, shortly before Lloris captained France in the 2014 World Cup. 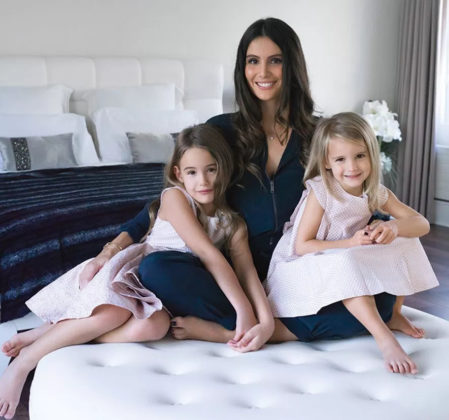 Both daughters can be seen regularly supporting Hugo in the stands. Growing up, Hugo’s wife, Marine didn’t care much for the sport her husband plays professionally. She’s stated that …“ as a teenager, (she) was not interested in football at all.”

These days, you can regularly find Marine on the sidelines either at White Hart Lane during the Premier League, or wherever France is scheduled. She is usually accompanied by other wives of French players, notably Jennifer Giroud and Ludivine Sagna.

Despite being married to Lloris since 2012, Marine is no typical WAG. She has degrees in both law and human resources. She is the owner of  Manège en Sucre, a clothing company that produces high-end clothing for children ranging from three months to 12 years.

Soccer is often seen as a rags-to-riches sport. Most players have shared stories of rough upbringings and have the game to thank for bringing them immense wealth. This is not the case of Hugo Lloris. He is the son of a bourgeoisie family who considers monies from football as peanuts. Lloris grew up the son of an upper-class family in France. His late mother was an attorney and his father was a banker. Both are super rich.

BROTHER: Gautier Lloris born 18 July 1995 is the kid brother of Hugo Lloris. He is a French professional footballer who plays for Gazélec Ajaccio on loan from Nice, as a centre back. Below is a photo of Gautier. He look so much like his brother, Hugo. 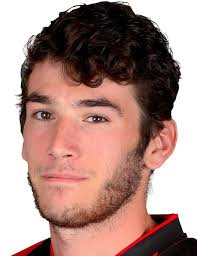 Hugo Lloris has the following attribute to his personality. 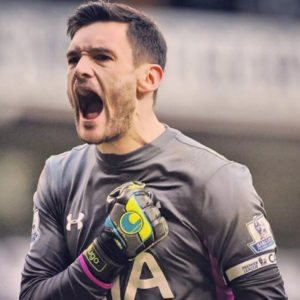 Hugo Lloris Strengths: He is responsible, disciplined, has self-control and a good leader.

Hugo Lloris Weaknesses: He could be unforgiving, and condescending.

What Hugo Lloris dislikes: Almost everything at some point.

In summary, Hugo is all about time and responsibility. He is very traditional and often very serious in nature. He possesses an inner state of independence which has given him significant progress both in his personal and professional lives. He never cared about his parent’s wealth, instead pursued his own destiny. Finally, Hugo is a master of self-control and have the ability to lead the way for his team.

FACT CHECK: Thanks for reading our Hugo Lloris Childhood Story plus untold biography facts. At LifeBogger, we strive for accuracy and fairness. If you see something that doesn’t look right in this article, please place your comment or contact us!.