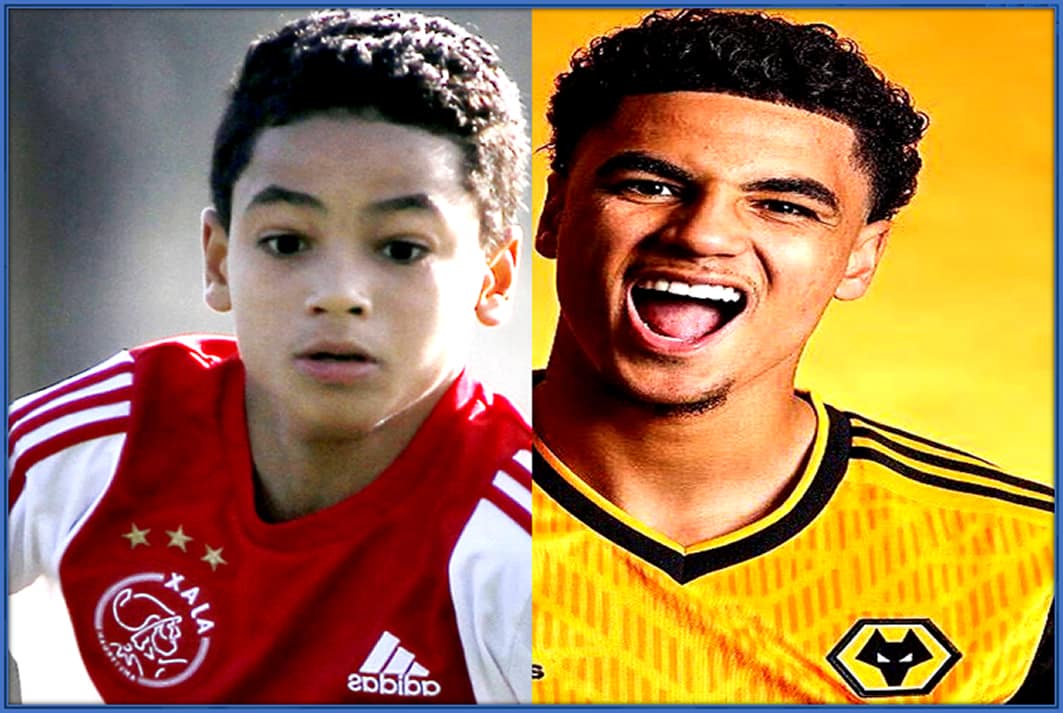 Upon his birth, his parents named him after Ki-Jana Carter – a US sports personality.

Pictured below, Carter is a retired American Football player whom Ki-Jana Hoever’s father (Ivan) holds in high regard. Due to his immense love for this man, he decided to honour him by having his child bear his name.

A point to note: “Ki-Jana” is his nickname and not part of his real names. Surprisingly, Carter got this nickname from a character in the movie called ‘Shaft in Africa’.

Little Ki-Jana was born as the only child to his Dad (Ivan) and Mum (Marianne). The defender spent his early years in the Amsterdam neighborhood of Pieter Lodewijk Takstraat. There, he had some fond soccer memories – a sign of a happy childhood.

In case you didn’t know, where Ki-Jana grew up is just a stone’s throw to Johan Cruijff ArenA.

This is the stadium of Ajax football club. The map evidence reveals – that the stadium is just a 10-minute drive from where Hoever’s family resided. 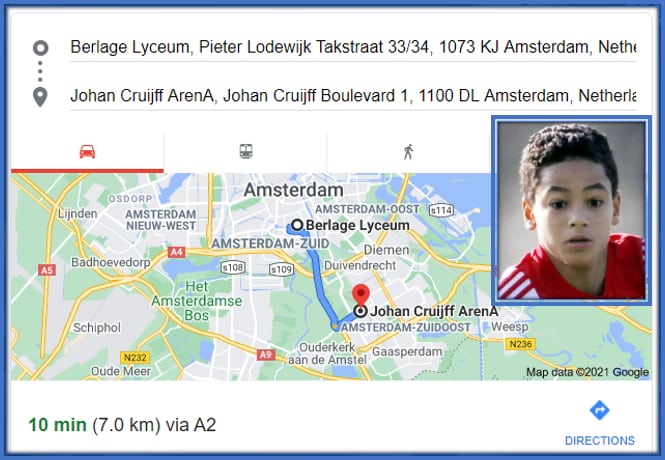 The Dutch footballer comes from a sporting household. Did you know?… One of Ki-Jana Hoever’s parents – his father, Ivan – was a former American football player.

No wonder there was a connection to Ki-Jana Carter – the man who Ivan named his son after.

The fact that his Dad was a former American footballer suggests that his family must have – once lived in the United States of America.

From what we know, Marianne and Ivan left the US for the Netherlands – where they had Ki – their son.

You and I know he was born in Amsterdam, the Netherlands. But in terms of family roots, the Dutch starlet is of Surinamese descent.

A point to note, Surinamese people are from a country named Suriname. They are well united and known for their beautiful, Mulatto mixed race skin tones.

As observed from the map, this is a small country located on the northeastern coast of South America.

Ki-Jana is among notable footballers with a Dutch Surinamese ethnicity. Notable examples include Edgar Davids, Clarence Seedorf, and Patrick Kluivert.

Did you know?… As of 2021, we are aware of three EPL footballers who have parents of Suriname origin.

At the AZ youth academy, he laid his career foundation, even rising to become their most promising kid. Ki-Jana’s gameplay attracted Ajax, who requested his parents to make their son join them.

Considering the academy was better and closer to his family home, Ki-Jana began wearing De Toekomst colors in the year 2014.

Meeting all expectations placed his way, Ki-Jana had a smooth start to life with the club.

Back then, he was described as someone very comfortable playing at both center-half and right-back. Not to forget, our boy was also a freekick specialist.

Ntawm Ajax, Ki-Jana Hoever ua si ib sab Ryan gravenberch - tam sim no a Paul Pogba-like superstar. He was this enjoyable kid with unrivaled football prowess that made him thrived against his opponents.

In no time, Hoever’s adhesive control with the ball began attracting the interest of big clubs from other countries, notably England. They include Man City, Chelsea, and Liverpool. 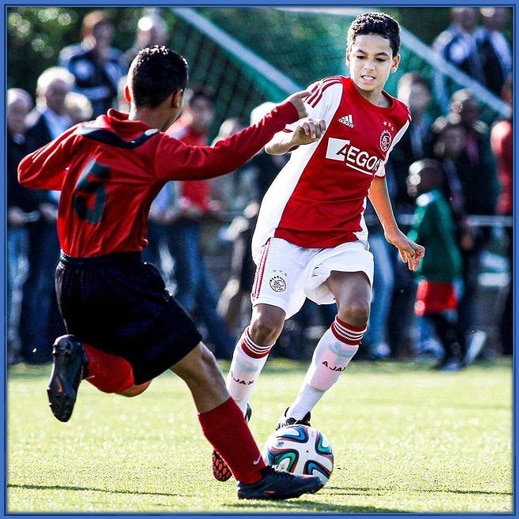 During his academy years, he developed a mindset of an adult. Ki-Jana had an open mind transforming his thoughts into concrete action.

He was very keen on moving to any club that would make him grow faster. Such a mindset at a very young age really worried Ajax.

Ajax confirmed their worst fears after observing there was serious competition for the teenager’s signature. In fact, Liverpool, Manchester City, Man United, and Chelsea all had their eyes on their precious jewel.

Since Ki-Jana was not of the age to sign a Dutch professional contract, the rule was that – foreign clubs are permitted to sign him – even on the cheap.

What became Ajax’s greatest fear began to materialize as Liverpool fought off strong competition to approach the youngster’s family.

The rising Dutch star completed his move to Liverpool in August 2018 but had to wait a month for international clearance.

Following the brilliant performance with Wolves, Klopp began to exhibit huge likeness for the young Dutch. That also came with a huge responsibility.

The young Dutch was responsible for the former England right-back leaving the Reds.

The year 2019 became a turning point for the Dutchman’s career. Away from Liverpool duties, he went on to participate in the U17 European Championships in Ireland.

Ki-Jana helped The Netherlands to win the tournament, which was contested with Italy in the finals. 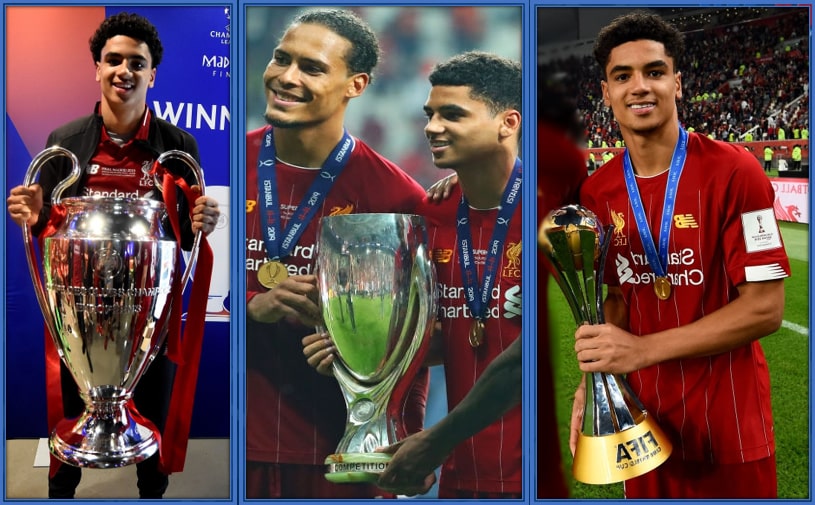 Just after he achieved the honour, an old admirer re-ignited his interest in him. Hoever’s ability to read the game, his aerial prowess, speed, and composure made Nuno Espirito-Santo place him as a top transfer priority. 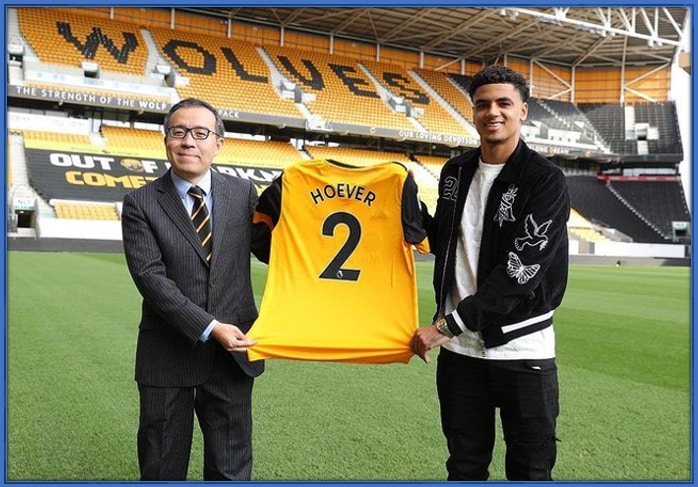 At the time of writing Ki-Jana Hoever’s Biography, he has adapted to a new life in the city of Wolverhampton.

Ki-Jana Hoever’s girlfriend is a selfless person who does nothing more than providing emotional support for her man.

She does that even thou it means putting her own life and career on hold. They both love to visit Seaside holiday destinations.

First thing first, he possesses the midst of a Capricorn Zodiac. Everything about Ki-Jana represents time and responsibility.

The Dutch footballer possesses an inner state of independence that enables him to make quick positive decisions and progress in his career and personal life.

As noticed in his Biography, Ki-Jana began agreeing to foreign transfers at a very tender age of 16.

Thou an impatient person, he sometimes wants a change of environment. With support from parents and other family members, he has so far made some solid and realistic decisions.

Don’t be fooled by how he often gets serious on the pitch – with that strong face. Ki-Jana is such a cool individual with a great sense of humour.

We got to know that when he took fans on a tour before the Netherlands 2019 FIFA U-17 World Cup Round of 16 against Nigeria.

Despite the many thousands of pounds that went into his pockets, Ki-Jana once lived a modest life in his Low-key apartment.

The picture below summarizes how he sees life – as a humble boy. Ki-Jana and his girlfriend share what looks like a small house.

The Amsterdam-born defender relies on his parents for the important decision he takes regarding his career. The truth is, Ki-Jana sees them as one of life’s greatest blessings. This section brings more facts about them.

Like many other Dad and Mum, it wasn’t easy for Ivan and Marianne to see their only child move to Liverpool so young.

Coming to England at the age of 16, Ki-Jana Hoever’s parents introduced him to a host family. The youngster bonded well, a feat that helped him learn British culture. Also, our boy learned how to eat more bacon and eggs.

Marianne and Ivan often visit Ki-Jana during weekends – except during Corona. At that difficult time, Hover’s mum ensured her son received extra cooking lessons beyond Pasta, his favorite. The youngster once said;

On the 7th of January, Ji-Jana made his Liverpool debut as a 16-year-old. His parents watched from Amsterdam. Contrary to their expectation, they had hoped to have him on the field in the final minutes.

Amazingly, they were shocked to see him fill in for injured Dejan Lovren in the 6th minute of the game. In the words of a family friend;

As a boy, Ki-Jana promised – that when he becomes a professional, he will make sure that his parents no longer have to work.

Now that he has arrived there, Ivan and Marianne always insist they have to work. Upon retirement from the game, Ki-Jana hopes to join them in Amsterdam.

British football fans often rank Number one when it comes to the wittiest chants from supporters. Wolves fans have made one for Ki-Jana Hoever.

His body art tells his story. On Ki-Jana’s left arm holds tattoos, which include the following. First, the names of his parents. Second, the date of his grandmother’s death.

These boys would help transform your team. Don’t get deceived by Ki’s current overall rating and potential, as he is way more than that when you use him on the pitch. 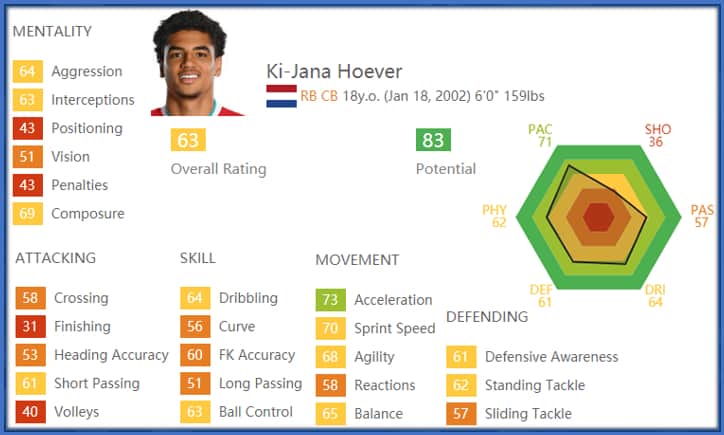 According to TransferMarket, SEG – Sports Entertainment Group looks after every aspect of Ki’s career. They do that why allowing him to concentrate on playing football.

Ntsiab lus piav me me:

It has made him achieve significant progress in his professional life. The Dutch footballer has achieved a lot in his career despite his young age – born in 2002.

Our Biography of Ki-Jana Hoever makes one thing. That we should have an eager or strong desire to accomplish things.

More so, if we fear to make changes, we face the risk of limited growth. Ki’s movement from Ajax, Liverpool, and then to Wolves illustrates his fearless approach to seek growth.

It behooves Lifebogger to commend his parents – Marianne and Ivan. They are the major influence on Ki’s career development. Not to forget his Grandmum, whom we believed also has a role in his happy childhood.

Thanks for taking out time to digest our Bio on Ki-Jana Hoever. At Lifebogger, we strive for accuracy in delivering stories about Cov Neeg Ntaus Pob Ntaus Pob Dutch.

Kindly alert us (comment or via contact) if you notice something that doesn’t look right in our Ki-Jana Hoever Story.